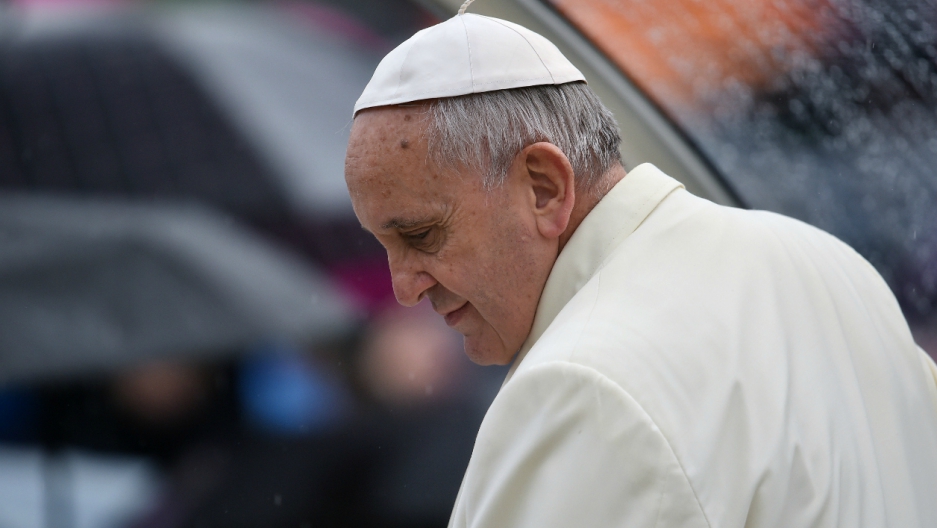 Heavy rain greets Pope Francis as he arrives for his weekly general audience in St. Peter's square at the Vatican on March 25, 2015.
Credit: GABRIEL BOUYS
Share

VATICAN CITY — The Vatican on Tuesday strongly defended its appointment of a bishop in Chile despite protests by critics who have accused him of covering up sexual abuse.

Juan Barros was installed on March 21 as new bishop of Osorno as supporters holding white balloons and opponents carrying black ones shouted at each other during the ceremony in the city's cathedral.

The appointment outraged some parishioners, national legislators and abuse victims who said Barros had protected one of the nation's most notorious pedophiles and asked Pope Francis to rescind it.

Deputy spokesman Father Ciro Benedettini, in the Vatican's first official comment on a case that has divided Chileans, said the Vatican's Congregation for Bishops had "carefully examined the prelate's candidature and did not find objective reasons to preclude the appointment."

Several lay members of an international commission the pope set up to advise him on how to root out sexual abuse by clergy also criticized the appointment.

Critics in Chile say Barros was aware of and helped cover up abuse by Father Fernando Karadima, 84, who was a mentor to a number of younger priests, including Barros.

Karadima denied the accusations. Barros denies he had any knowledge that abuse took place.

In 2011, a Vatican investigation found Karadima guilty of abusing teenage boys over many years and ordered him to retire to "a life of prayer and penitence."

A separate criminal case against him collapsed because of the statute of limitations.

SNAP, a U.S.-based victims group, said that by defending Barros' appointment, the pope was "standing by his cruel and hurtful promotion of a bishop who faces credible allegations of enabling, ignoring and watching child sex crimes."

"This contradicts everything the pope has said. He was aware of the situation but named [Barros as bishop] anyway," Cruz said this month. "We were accustomed to getting slapped in the face by the Catholic church [in Chile], but getting slapped by the pope himself is the saddest part."

Some 30 priests and deacons from the Osorno area wrote a letter to the papal ambassador asking that Barros resign.