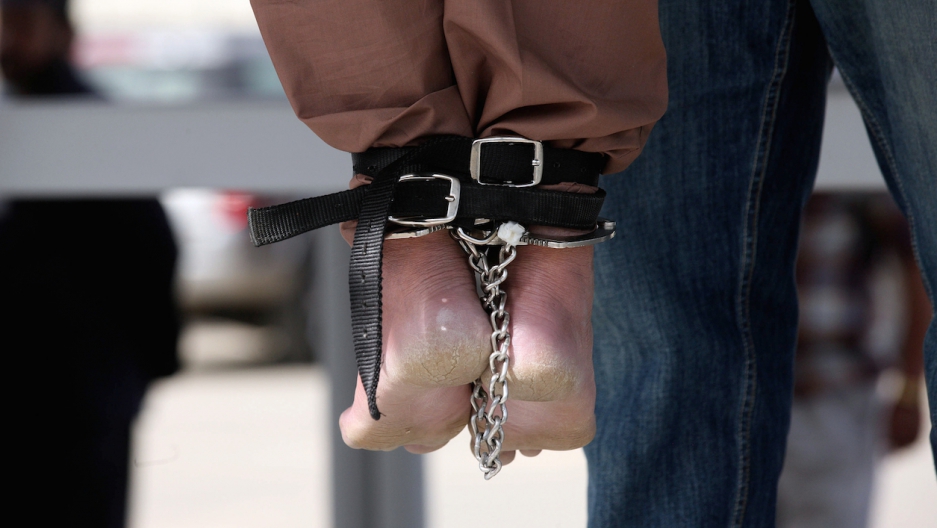 A man is executed by hanging in Kuwait on April 1, 2013.
Credit: Yasser Al-Zayyat
Share

LONDON — One year ago, Louisiana man Glenn Ford walked free from prison after spending 30 years awaiting execution for a crime he didn’t commit.

That’s according to a new Amnesty International report. It found at least 112 people worldwide were cleared of crimes while awaiting execution last year. Seven of them were in the US, including Ford — whose compensation claim against Louisiana for wrongful imprisonment is being challenged by the state — and three men who spent 39 years in prison for murder on the testimony of a 12-year-old witness who later recanted.

Those are “people who were found innocent of the crime for which they were sentenced to death, and that’s almost certainly an underestimation of people wrongfully convicted,” said Audrey Gaughran, Amnesty International’s global issues director. “It’s obviously deeply disturbing.”

Not everybody shares the rights group's abolitionist stance on the death penalty. More than 6 in 10 Americans support capital punishment for convicted murderers. Even countries where the practice is abolished have advocates of reinstating it. In the United Kingdom, where the last execution took place in 1973, almost half of residents say they support the death penalty for some crimes.

Supporters of the far-right British National Party rally outside London's Old Bailey criminal court in 2013. The UK formally abolished the death penalty in 1998.

Getting death penalty information from countries isn’t easy, Gaughran said. Exonerations can be long and complicated legal processes in which years can pass between an inmate’s prison release and the formal clearing of charges, making it difficult to track trends or patterns. Last year, Amnesty recorded just 31 exonerations in six countries.

While the number of people sentenced to death rose 28 percent last year from the 2013 tally, the times when capital punishment was actually employed fell worldwide.

There were 607 executions last year, excluding China, which executes more people than the rest of the world put together and keeps those numbers a state secret. That stat was a 22 percent decrease from the previous year. And fewer countries are exercising the death penalty — 22 in 2014 and 2013, compared with 41 in 1995.

Only about 1 in 10 countries still carries out the death penalty. Five are responsible for the majority of the world’s executions: China, Iran, Saudi Arabia, Iraq and the US.