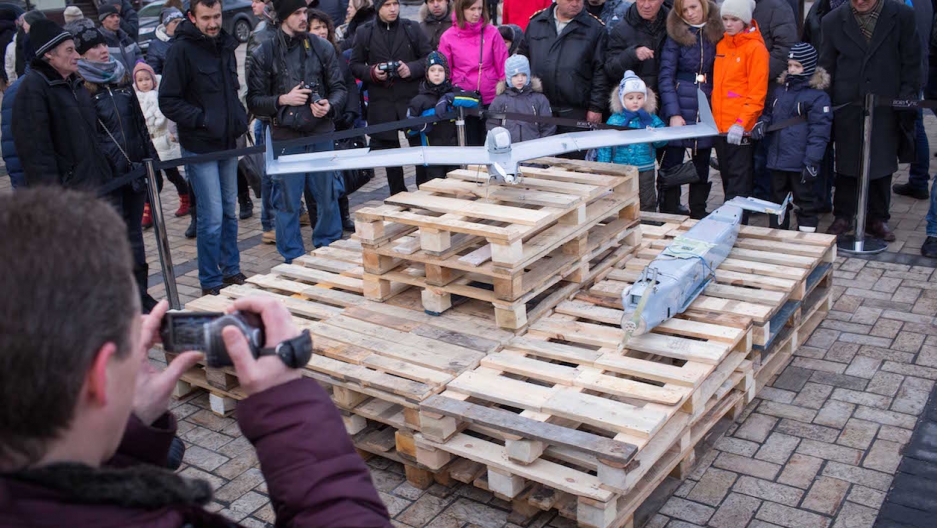 KYIV, Ukraine — Surveillance drones — some of them homemade — are becoming an invaluable asset for Ukraine's fledgling army at war against separatists believed to be packing advanced Russian weaponry.

The war, which has claimed more than 6,000 lives, has fueled a cottage industry of drone building. It's an effort to bolster Ukraine’s armed forces, which were poor and under-equipped when war broke out last year.

Volunteer organizations across the country crowdfund the cash for designers, techies and other specialists, who either repurpose old drones or build new ones for the army.

In this video, a civilian-built drone surveys rebel positions near Schastya, a city in eastern Ukraine.

Among the more advanced, privately built Ukrainian UAVs is reportedly the PD-1, which features a 10-foot wingspan, 18-mile flight distance and sophisticated electronics. Those include infrared thermal cameras and encrypted video links for surveillance purposes.

Here’s footage from a recent test flight of the PD-1, developed by a group called People’s Project.

But even if the Ukrainian military is catching up, it’s still got a long way to go before matching its rebel rivals. Front-line Ukrainian soldiers and high-ranking officials in the capital Kyiv claim the separatists are armed to the teeth by Moscow.

Part of that arsenal allegedly includes jamming technology that blocks the GPS signals from Ukrainian drones, rendering them virtually lost in midair.

Critics also say Russia’s own military drones have been probing the east Ukrainian battlefields. Just this week, the US accused Moscow of boosting air defense systems there and running training exercises for rebels.

“Precision and reliability are the main features of Ukrainian weapons,” President Petro Poroshenko said earlier this month during a visit to a military training base in Kyiv.