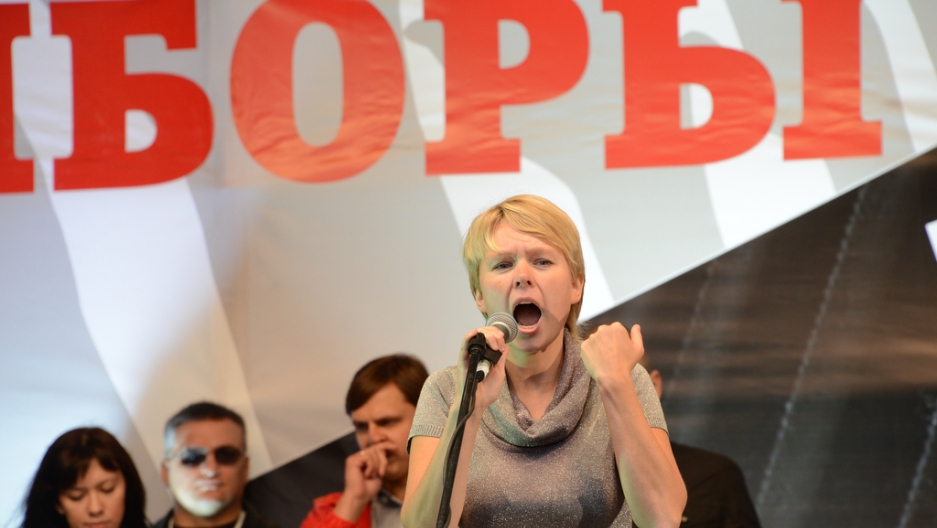 Protecting the environment is a noble cause. It’s also often a dangerous one.

The prominent Russian environmental activist, who made a name for herself leading a campaign against the construction of a multi-billion-dollar highway through an old-growth forest near Moscow a few years ago, has left her homeland and moved to neighboring Estonia with her family.

The 38-year-old activist said her decision was prompted by “repressions against social activists in Russia” and fears that her powerful opponents would try to take away her children — something they have tried to do in the past.

“Above all I decided to take my main weak spot — my children — out of Russia," Chirikova told Estonia's public broadcasting agency ERR.

"Russia is a country of resources, and environmentalists are the main enemy of the established regime of the natural resources oligarchy."

Sadly, Chirikova’s situation is not unusual.

Countless environmental activists are harassed, threatened and even killed every year for defending land rights and the environment against logging, mining and agricultural businesses.

And it's getting worse.

London-based Global Witness released a shocking report this week showing at least 116 activists lost their lives trying to protect the environment in 2014, up 20 percent from the previous year.

That’s an average of more than two environmental activists killed every week, making it more dangerous than journalism.

While most of the deaths took place in Latin America, a quick news search shows environmental activism is a risky pastime all over the world.

Here are five other activists who have been threatened, beaten or lost their lives defending the environment.

“They follow me. They threaten to kill me, to kidnap me, they threaten my family. That is what we face,” award-winning indigenous activist Berta Caceres told the Independent. She has been campaigning against the construction of the Agua Zarca dam on the Gualcarque River in Honduras.

Those opposing the dam's construction claim it will cut off water and food supplies to indigenous Lenca people.

“You are fighting against us and we’ve lost lots of money because of your movement. We made the mistake of not killing you before; this time we will kill you. We will cut the veins in your wrists and legs, tie your hands and legs together and throw you in the river.”

That is what Bangladesh activist Shahed Kayes said he was told by people who kidnapped him not so long ago over his efforts to stop illegal sand mining that is threatening the livelihood of communities along the Meghna river, according to a statement released by the Asian Human Rights Commission.

Criminals working for the so-called sand mafia also stabbed the activist and left him for dead. Fortunately, he survived the ordeal.

Earlier this month, Guatemalan anti-mining activist Telesforo Odilio Pivaral Gonzalez was shot dead near the Escobal silver mine, which is owned by Canadian company Tahoe Resources.

The father of six had been campaigning against the expansion of the project in southern Guatemala, according to Oxfam, which has called for an official investigation into the 33-year-old's death.

French activist Remi Fraisse, 21, died during a protest against the controversial Sivens Dam project in the south-western Tarn region in France in October. Fraisse is believed to have been killed by a type of grenade thrown by police during violent clashes with demonstrators.

Belgian Emmanuel de Merode, the warden of the Virunga National Park, was shot several times in an ambush in April 2014. He miraculously survived the attack.

De Merode has been waging a legal battle to stop British company SOCO International from drilling for oil in Africa’s oldest national park.