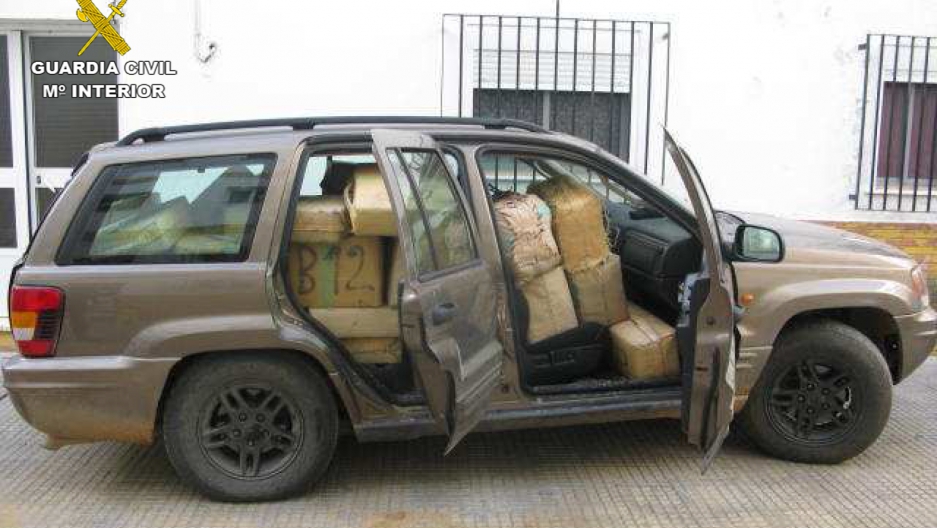 How about something unbelievably ordinary?

This week Spain's Civil Guard reported catching the brilliant display seen above — 1,220 kilograms (almost 2,700 pounds) of hash in 40 boxes packed into an SUV. The officials said in a statement sent to GlobalPost they detained a 34-year-old Spaniard driving the vehicle with the headlights off (duuuuude!) on Isla Cristina, in the southern Spanish province of Huelva.

Many European pot smokers like to mix tobacco with hash — a chocolaty-looking, aromatic cannabis block — and roll it into a cigarette.

The SUV seizure — over a ton — is one copious amount of hash. Perhaps that isn't too shocking. Spain is a major European gateway for the drug partly due its proximity to big producers like Morocco.

Earlier this month, the Civil Guard caught a Portuguese fisherman ferrying 8 tons of the stuff, as the Interior Ministry proudly tweeted: