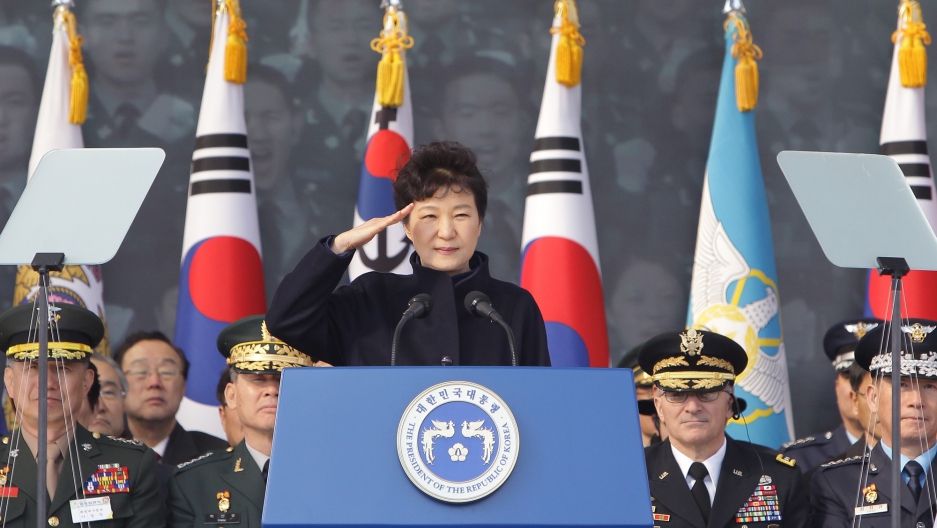 SEOUL, South Korea — The democratic half of the Korean peninsula is having an increasingly hard time with the whole freedom of speech thing.

In an apparent effort to protect the reputation of the president and — in a common refrain — to protect the country from its erratic neighbor to the north, South Korean authorities have turned to a tangle of national security and defamation laws in recent years. South Korea seems to be having a Patriot Act moment, and rights groups are getting worried.

Journalists, activists and academics have all been targets. Most recently authorities raided a printing house belonging to Park Sung-soo, a Korean activist accused of distributing pamphlets that were critical of President Park Geun-hye. One set of the pamphlets included a photo of the president on an earlier visit to North Korea in 2002, long before her ascent to the presidency.

Park was taking aim at a spate of recent rulings against South Koreans deemed to be sympathetic to the North Korean regime. Last year, the government straight-up banned a far-left political party for allegedly espousing North Korean socialism and, in January, it deported an American citizen for supposedly making pro-North Korean statements on a talk show.

Authorities investigated Park for defamation against the president. It's a crime that, on paper, carries up to seven years in prison if the statements are found to be both false and damaging. In practice, guilty verdicts — even for true statements — can lead to a fine and only a little or no jail time. That's still a lot more than most people living in a thriving democracy are willing to endure for being critical of their government.

Park joins another dissident, Byun Hong-cheol, who authorities have also investigated in recent months for disseminating material that is unfavorable toward the government.

“The president has been pretty tough,” a university student, who claims he has now paused his political activities, said. “The chill is very real. We are scared to speak freely through things like pamphlets and blogs.” He asked not to be named, citing fears of interrogation.

In one of the most high-profile defamation cases, a Japanese journalist in Seoul was put on trial last year for reporting on rumors that the president was having a love affair on the day the Sewol ferry sank, a tragedy that left more than 300 passengers dead. He was accused of libel and is awaiting a verdict.

After a complaint from the president, investigators ransacked 2,400 accounts on the Korean messaging app KakaoTalk to locate the source of the rumors — forcing the company to apologize to its users and ramp up security.

Amnesty International reported in February that the South Korean government has overseen numerous new restrictions to what its citizens can freely say and write. In 2011, even before Park assumed office, Freedom House downgraded South Korea’s press and internet ranking from “free” to “partially free,” citing a surge in censorship and defamation lawsuits brought forward by public officials.

It's really not a very good example to set for the authoritarian leader to the north.