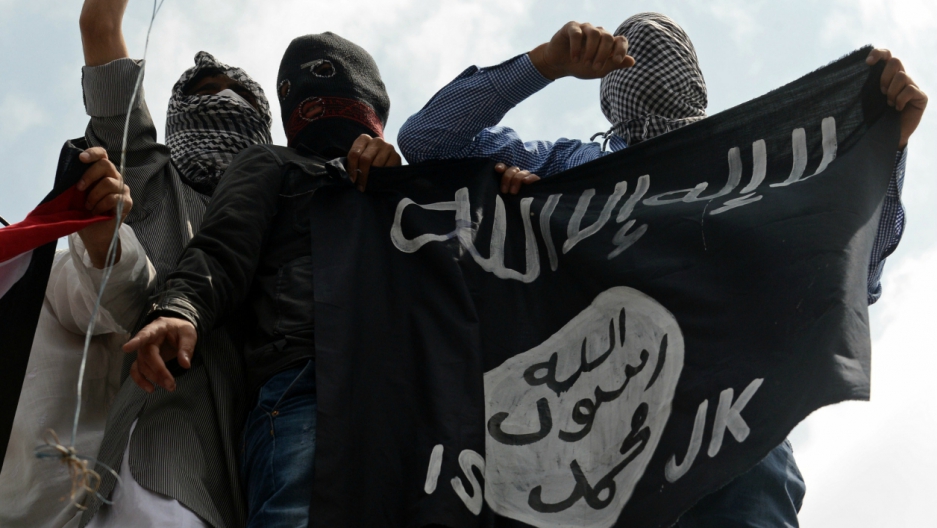 Kashmiri demonstrators hold up a flag of the Islamic State during a demonstration against Israeli military operations in Gaza on July 18, 2014.
Credit: TAUSEEF MUSTAFA
Share

By Timothy Phillips and Nir Eisikovits

BOSTON — As the "Islamic State" takes its murderous Blitzkrieg across the Middle East, analysts and policymakers have struggled to understand how the organization attracts so many young people, especially from the heart of Western Europe.

While precise numbers are elusive, recent studies (including, notably, Stern and Berger’s excellent book “ISIS: The State of Terror”) suggest that foreign European fighters are dramatically over-represented in the ranks of the Islamic State (also known as ISIS).

Some point to the group’s social media savvy. But this explanation confuses the means of gathering support with the reasons behind it. Twitter and Facebook offer outstanding ways for organizing, but they do not generate the will to organize.

Others argue that the economic disadvantage and social alienation young European Muslims face accelerate radicalization. This argument is over simplified. It is true, and always has been, that socio-economic hardship provides a fertile ground for extreme ideologies.

But many of the young Europeans joining the Islamic State (IS) come from middle class backgrounds and have excellent life prospects. If such young men (and, increasingly, women) find themselves swearing allegiance to a movement that is likely to lead to their death, it must be for reasons other than economic difficulty and lack of social mobility.

IS is attractive to young European Muslims not so much because it helps them forget about their poverty, but because it gives them an exciting, meaningful alternative to a life in pursuit of material comfort and economic security.

The assumption that simply improving social and material conditions in the Muslim neighborhoods of Western Europe will undermine IS’ recruitment efforts is naïve — a new incarnation of the liberal orthodoxy that economic well-being and political moderation always go hand in hand.

From Montesquieu to Kant to John Stuart Mill, the liberal consensus has always been that material comfort and “the spirit of commerce” soften mores, calm the martial fever and, to use Mill’s phrase, render war obsolete.

There is certainly truth to this: it is easier to recruit warriors from the ranks of the financially desperate; they need money and have less to lose. And yet, this theory fails to explain the success of IS in recruiting those who are not particularly poor or angry and have much to lose.

Thus, for example, last summer The Economist profiled Nasser Muthana, a young man from Wales who rejected four offers to study medicine in British Universities in favor of joining the Islamic State. His story was far from unusual.

What IS and its exuberant pornographers of murder offer young European Muslims is something that Western liberal democracy, with its emphasis on individual self-realization and material comfort, has trouble with: the chance to be part of an all-enveloping ideology that provides transcendent meaning to one’s life.

IS’s most powerful recruiting tool is not Twitter, and it is not the fact that its fighters don’t have Toyota Corollas. It is, rather, that people don’t only want to pursue their own projects and drive Toyota Corollas. Once in a while they also want a grand idea that can swallow them whole, and join them in a community of like-minded believers with a unity of purpose — a brotherhood.

As George Orwell put it in his 1940 review of Mein Kampf, “human beings don’t only want comfort, safety, short working-hours, hygiene, birth-control and, in general, common sense; they also, at least intermittently, want struggle and self sacrifice, not to mention drums, flags and loyalty-parades.”

IS, with its monochrome understanding of apostasy, its revived Caliphate and its dizzying mix of slaughter and nation-building, provides all of these in large servings. It is these ideas — alluring, deadly, larger than life — that make the hearts of European recruits sing; it is these ideas to which they willingly feed themselves.

And it is because they are partly driven by such ideas that IS fighters have been so successful in battling the Iraqi army — expensively trained and well equipped, but staffed primarily by soldiers simply trying to make a living and not in search of an all-encompassing life purpose.

If Western democracies are serious about contending with the magnetism of the Islamic State, they need to take a long hard look at the economic peace orthodoxy — the secular dogma which is never proven and yet never dies — that material comfort and social opportunity are the salves to all social dissatisfactions.

Young people often long for glorious, violent, absolutist causes to sweep them off their feet and rescue them from what they see as the petty, worthless striving of their parents and those around them. That longing is not limited to young radicalized Muslims. It is a common human impulse we see time and again. IS is not the first movement to tap into the impulse to both feel and be part of something bigger than oneself, which is not always about something positive.

The grand idea that liberal regimes are based on is that the state should have no grand idea of its own but rather allow citizens to pursue their own projects as long as they allow others to do the same. This is an idea that is certainly worth dying for, if dying is the only way to protect it. But it is an idea that is not easy to sell and difficult to make glorious. This is a problem inherent to liberal democracy and a real disadvantage that it has in the fight against extremisms of all kind.

What is required, but very difficult to achieve, is a way to make liberal democracy more attractive. Whether tolerance, free speech and institutional fairness can be effectively promoted, whether the bland grandness of liberalism can be made into an appealing alternative, whether young Muslims in the West can be convinced that liberalism, too, offers opportunities to live a life that goes beyond mere material well being, whether, to paraphrase Martin Luther King, a propaganda of liberalism can be generated to match IS’ propaganda of death remain to be seen. These are perhaps the central questions in the fight with IS and its supporters.

Timothy Phillips is chair and co-founder of Beyond Conflict, an organization that promotes peace and reconciliation globally. Nir Eisikovits is associate professor of Political Philosophy at Suffolk University in Boston. His new book, to be published later this year, is Kill Me Tomorrow, A Theory of Truces.