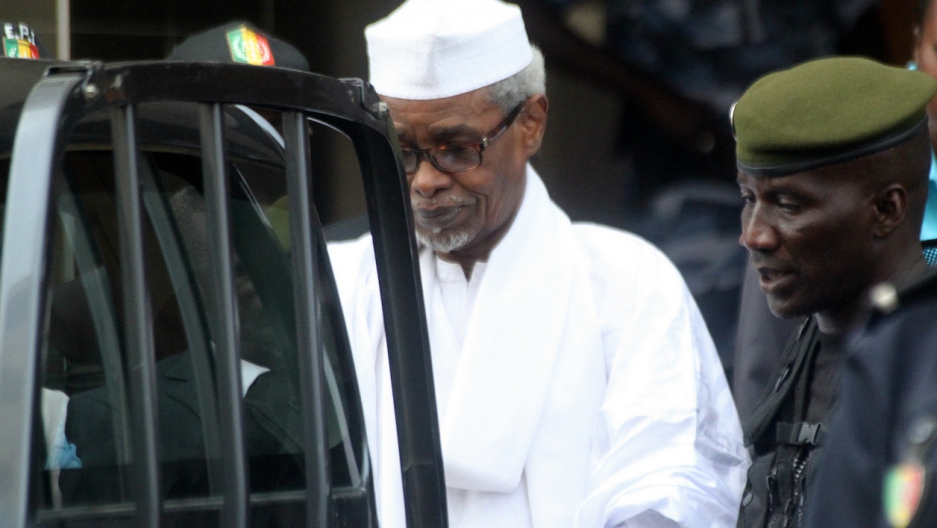 Former Chadian dictator Hissene Habré is escorted by military officers after a judicial hearing on July 2, 2013 in Dakar. Senegalese authorities charged him with genocide and crimes against humanity. Human rights groups say say 40,000 people were killed under his rule.
Credit: STRINGER
Share

VANCOUVER, British Columbia — The recent incursions of Boko Haram have challenged already fragile African countries. But last month there was a surprising shift towards legal accountability in a part of the world where impunity for dictators and kleptocrats has been the norm.

For a quarter of a century, victims of Hissene Habré’s brutal regime, which ruled Chad from 1982-1990, have been yearning for justice. In 2000, with assistance from international human rights lawyers, these victims filed criminal complaints against Habré and his henchman in Chad, Belgium and Senegal, where Habré was living a luxurious exile, paid for by funds he looted from Chad’s treasury.

Last month, 20 high-ranking members of Habré’s political police, the Directorate of Documentation and Security (DDS), were convicted of serious crimes, including arbitrary arrest, torture, murder and “barbarous acts" committed from 1982-1990.

Seven received life sentences, including two of the most powerful DDS leaders, Saleh Younous and Mahamat Djibrine, whose extradition was sought by the Extraordinary African Chambers in Senegal, where Habré himself will go on trial for international crimes in May of this year. Four of the accused were acquitted and the remaining 10 received sentences between five and 20 years.

This remarkable victory for victims in Chad indicates that accountability may be catching on in one of the world’s most unstable regions. Many efforts to prosecute African leaders’ mass atrocities have been led by international bodies and have taken place far from the places where the crimes were committed.

This trial, however, took place in Chad and was conducted by Chadian judges, prosecutors and defense lawyers. And, the trial was not your typical purge of a former regime, as many of those convicted had, until their arrest, held senior government positions.

I travelled to N’Djamena, Chad’s dusty capital, in January 2015 to monitor this historic event. The mass trial was announced suddenly, after 14 years of inaction on the original criminal complaint. With the exception of Human Rights Watch and occasionally a BBC African stringer, no one from the international community was watching the trial, despite its significance.

A colleague and I met separately with the presiding judges and later the prosecutor to impress upon them the impact that a fair trial would have both in Chad and elsewhere.

Victims turned out en masse to watch the trial, which, to accommodate the large public audience, was held at the cavernous mirrored National Assembly Hall.  The proceedings were televised and featured on the nightly news.

After more than 50 individual victims testified to the torture, murder and other crimes of the DDS, the president of Chad’s 1992 National Commission of Inquiry, Mahamat Hassan Abakar, masterfully testified to the overall terror and repression in society, placing the victims’ testimony into a larger historical context, as hundreds of victims watched, rapt, some of them weeping.

You could also see deterrence in action as the numerous military and police guards in the courtroom closely watched their former bosses attempt to distance themselves from the regime’s brutal crimes. When the defendants’ explanations became patently absurd — such as when former DDS security chief Nodjigoto Haunan accused human rights organizations of paying victims to lodge complaints — the audience would burst into laughter.

At times, the trial morphed into more of a truth and reconciliation commission, designed to help Chadian society heal from its wounds, than a criminal trial to determine individual responsibility.

One afternoon, the presiding judge called all 24 defendants to the bench at the same time. He then asked each defendant to individually reflect upon the Truth Commission’s documentary, shown in court the day prior, which depicted the DDS prisons, the torture techniques applied there and emaciated survivors.

One by one, the defendants moved in front of the television camera to express how truly horrified they were by film’s information. This time-consuming exercise did nothing for the criminal case, but did begin to write a new official story of the Habré regime as abusive and criminal. At the break following this testimony, the victims were both deeply satisfied and relieved, with one telling me, “It’s the best day of my life.”

This national trial of a dictator’s henchmen was certainly different than an international trial would have been. It was much faster and less methodical. The upcoming trial of Habré in Senegal for international crimes will undoubtedly have more rigorous procedures and provide further meticulously documented details of the Habré regime’s abuses.

Few victims, however, will be there to watch it happen. Spreading word in Chad of the Habré proceedings and verdict will be vital for true justice to be done and a profound challenge given the dearth of media in the country.

While last month’s convictions in Chad are promising, the legal battle is not yet over. A prominent Chadian defense lawyer I met, as we stood in the glaring sun on the courthouse steps, told me that his several clients would appeal any convictions to the Chadian Supreme Court.

If the convictions and sentences are upheld on appeal, however, this national trial, conducted in one of the world’s poorest countries after decades of impunity, would indicate that accountability is gaining purchase as a desirable goal in the most unlikely of places. Politicians, prosecutors and victims groups across Africa are sure to take note and consider the possibilities.

And while the West will likely make little of this tale of justice from Africa, that Chad appears set to surpass robust democracies in holding government officials accountable for torture, is irony at its finest.

Nicole Barrett is a human rights lawyer, former war crimes prosecutor and director of the Joint International Justice and Human Rights Clinic at Allard Hall School of Law at the University of British Columbia and Osgoode Hall Law School at York University.