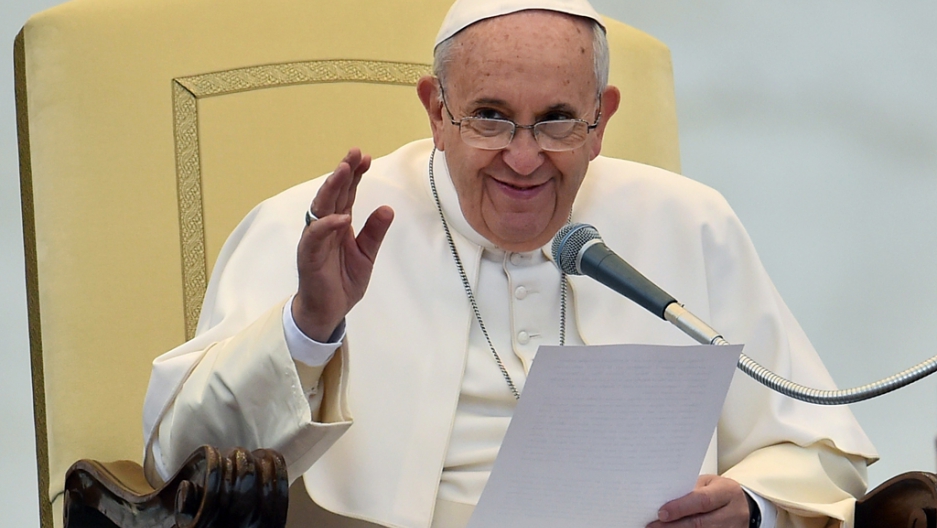 Pope Francis delivers a speech during his weekly general audience in St Peter's square at the Vatican on March 25, 2015.
Credit: GABRIEL BOUYS
Share

LIMA, Peru — Perhaps none of Pope Francis’ vaunted reforms of the Catholic establishment has been as urgent or necessary as his unveiling of a “zero tolerance” policy towards pedophile priests.

For decades, child sex abuse scandals, from Poland to the pontiff’s homeland of Argentina, have dogged the church. Victims have gone public and priests have been defrocked and jailed, yet still new allegations of this vile crime continue to surface.

Since being named pope in March 2013, Francis has made all the right noises, describing pedophilia as satanic and unveiling a new high level commission reporting directly to him in a bid to draw lessons and prevent future abuses.

Yet those fine words and gestures have all been called into question by the pope’s controversial appointment of a Chilean bishop accused of covering up the activities of one of the Catholic Church’s most notorious child abusers.

Earlier this month, amid chaotic scenes as hundreds of protesters shoved their way into the cathedral, Juan Barros took up his post as Bishop of Osorno, a sleepy provincial capital 600 miles south of Santiago.

Barros, who was personally appointed by the pope, is accused of having been present during the abuse and of shielding the Rev. Fernando Karadima, a charismatic, high-profile Santiago priest — and serial abuser of young boys — from investigation.

Barros, who insists he was “never” aware of Karadima’s crimes, was a protégé and longtime friend of the cleric.

A criminal prosecution against Karadima, 84, was thrown out in 2011 because the abuse he was formally accused of took place between 1980 and 1995, meaning the statute of limitations had run out.

But that same year, the Vatican found him guilty of sexual abuse and ordered him to live in a monastery and dedicate himself to a “life of prayer and penitence.”

“We are used to getting slapped in the face by the Chilean hierarchy but we didn’t expect this from Francis,” Juan Carlos Cruz, one of Karadima’s victims, told GlobalPost, of Barros’ appointment. “We had such high hopes of him as pope.”

“Francis knew about Barros. He knew about my case. If he was from Japan or Serbia, maybe. But he is from next door [Argentina] and he knew all about Karadima. How could he still make Barros a bishop?”

Carlos Lombardi, a lawyer in Argentina advising former victims of pedophile priests there, agreed, accusing the pope of “demagoguery” and failing to tackle the “epidemic” of sexual abuse of children within the church.

“The pope says he wants zero tolerance but he has not changed a single internal norm in the church regarding child sex abuse,” added Lombardi. “He is great at giving us inspiring words and messages, but when it comes to concrete actions, there have been none.”

Others aghast at Francis’ appointment of Barros include Chile’s Christian Democrat former President Eduardo Frei and 30 priests from the Osorno diocese who took the highly unusual step of writing a letter to the Vatican’s ambassador in Chile, Archbishop Ivo Scapolo.

In his own public letter, to Scapolo, Cruz, now 51, outlined the serious accusations against Barros, who he maintains was in a relationship with Karadima, including destroying letters reporting the crimes to senior Catholic officials.

“When we were in the room of Karadima and Juan Barros, if he [Barros] was not kissing Karadima, he watched as one of us, the youngest, was touched by Karadima,” wrote Cruz. “Juan Barros was witness to all this, and he was uncountable times, not just with me but with others too.”

Barros has largely avoided responding in public to the accusations — other than writing an open letter to his new diocese in which he lamented the pain caused by Karadima.

“I never knew about nor imagined these serious abuses that this priest was committing with his victims,” Barros wrote. “I have not approved of nor participated in these seriously dishonest acts.”

Barros went on: “I ask you, with great humility, to pray for me.”

The Vatican has not publicly commented on the furor over Barros’ appointment, but Scapolo, its ambassador in Chile has accused the protesters of violence and not representing most Osorno catholics. He also warned that the faithful now just needed to “accept” their new bishop and move on.

Yet there seems little sign of that. Indeed, Barros’ appointment seems to have called Francis’ own credibility into question.

“The church views itself as the moral rector of society,” said Lombardi, the lawyer. “There is a preoccupation in defending the institution of the church, its reputation, and that is taking precedence over protecting people, in this case, children, and their human rights.”

The pope, however, does have his defenders. One is Felipe Monroy, editor of the Mexican edition of the Catholic magazine Buena Vida. “The pope’s actions have obliged other bishops and lay Catholics to be more open to talking about these problems, to dealing with them, and to attending to the victims,” he said.

Yet even Monroy conceded: “Francis has maybe not been sufficiently clear that the ecclesiastic concepts of forgiveness and pardon may not prevail when these kinds of detestable, painful crimes occur.”

Cruz, the Karadima victim who remains a practicing Catholic attending church every Sunday, puts it more strongly: “Francis has marketed himself like no other pope. Because of the things he has said, we have come to expect more from him.”

“Francis has said there will be zero tolerance for child abuse in the church, so why has he made Barros a bishop?”