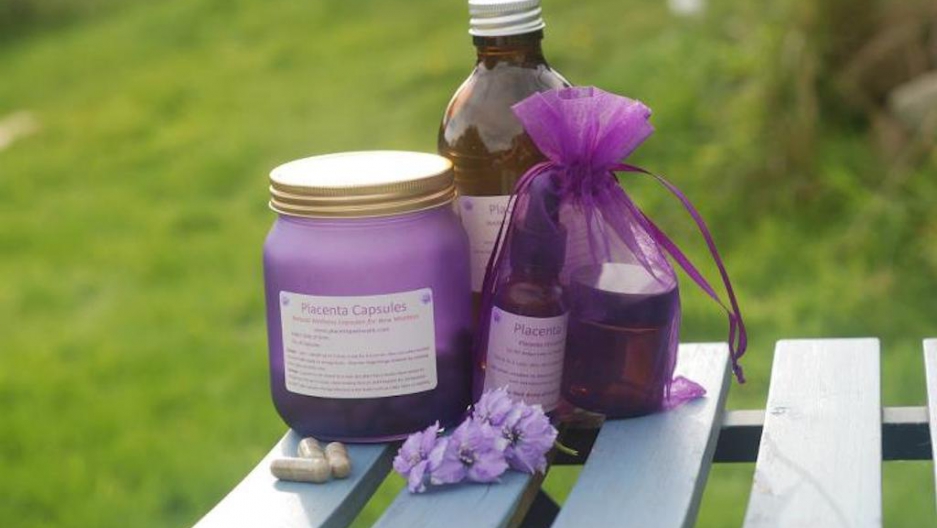 LONDON, UK — Yes, some people blend their placentas after birth and drink them in smoothies. Yes, some dehydrate the organ that connects a fetus to a mother’s uterus, grind it up into powder and consume it in everything from pills to cookies.

This is a thing. It is enough of a thing that it has its own word, placentophagy, which is the act of eating the placenta after birth.

Whether this should be a legal thing — or, more specifically, whether specialists should be allowed to prepare placenta-based foods for others, for a fee — is currently the subject of passionate debate here in the United Kingdom.

Beale challenged the notice in court, and won the right to continue business while local health officials prepare a formal inspection.

The case comes months after the European Food Safety Authority ruled placenta-based products a “novel food,” meaning that vendors have to produce extensive and expensive documentation to sell them legally in the European Union.

Countries can individually exempt foods from the ruling. Placenta advocates have asked Britain to do this.

The businesses of Beale and dozens of other placenta specialists around the UK are in limbo while the country’s Food Standards Agency figures out where in the regulatory framework placenta products belong.

For those of you who haven’t spent much time with one since your own exit from the womb, the placenta is a surprisingly hefty organ. It weighs about a pound. In its post-birth state, it looks like an adventurous purchase from the butcher’s. (Such as this photo.)

Babies emerge from their mothers’ bodies in a dramatic moment of tears and emotion. Placentas follow a few minutes later in a gloopy, unheralded mess.

For a long time, placentas were just part of the bloody detritus of birth, with the vast majority sentenced to hospital incinerators. But in the late 1960s and early 1970s, around the time of rising interest in the United States in midwife-led, medication-free childbirth, a group of US midwives began advocating the consumption of placenta as a defense against postpartum depression, iron deficiency and a host of other concerns for mothers.

People do a lot with placentas these days. The internet abounds with Pinterest-ready, do-it-yourself recipes for placenta prints, placenta tonics, placenta balms and placenta chocolate truffles.

The placenta is placed in a food dehydrator, either raw or steamed with lemon, ginger and chili. Once dry, it’s ground into a powder and put into capsules, or added to foods or balms. A placenta yields 90 to 300 capsules, depending on size and preparation method.

Some mothers consume the organ raw, immediately after birth.

London-based acupuncturist Tara Rivero Zea became interested in placentas last year after the birth of her third child, when she drank a smoothie made with almond milk, berries and a few raw pieces from the maternal-side lobe of her own placenta.

“I thought, ‘It’s going to be a bit yucky,’ but it was really quite nice.”

“I thought, ‘It’s going to be a bit yucky,’ but it was really quite nice,” said Rivero Zea, 42. “I really noticed a difference” with post-birth recovery.

She now offers the service to her clients. For 150 British pounds ($224), she collects the organ from the home or hospital in the hours after birth in a cooler — “which I only use for that” — and takes it home to steam, dry and grind into powder. For an additional 20 pounds ($30), she will prepare ingredients for a smoothie.

“Many mothers describe placenta capsules to have an earthy smell,” notes the website of the Independent Placenta Encapsulation Network (IPEN), a UK-based collective that trains practitioners in placenta prep. “Placenta capsules may have a slight taste of meat however if swallowed quickly you will not notice any taste or smell.”

In surveys, a majority of women who choose to consume their placentas report positive mental and physical effects. The organ stores iron, vitamin B6 and oxytocin, all of which can aid postpartum recovery. Like umbilical cords, placentas are a concentrated source of stem cells, whose regenerative properties have been used in a variety of medical research and treatments.

Anecdotal evidence of the effects of placenta consumption abounds, but scientific evidence is thin. No randomized controlled trials have yet been conducted on placentophagy, according to the British Journal of Midwifery.

History offers no clues, either. While dried placenta has occasionally featured in traditional Chinese medicines for other ailments, women eating their own placentas for postpartum recovery is a relatively new development. An anthropological survey of 179 societies by a team at the University of Nevada, Las Vegas could not find a single one with a history of mothers consuming their own placentas.

Dried human placenta has been used in traditional Chinese medicine.

“There’s no current scientific evidence to back any benefits,” said a spokeswoman from the Royal College of Obstetricians and Gynaecologists. “Our clinicians are of the opinion that more research needs to be done.”

So are food safety agencies in Europe. Europe’s novel food ruling was originally intended to control the sale of genetically modified foods in the continent.

The continent’s notoriously strict food regulation has set higher hurdles for commercial placenta products. (This only applies to products for sale; individuals are not restricted from consuming their own placentas.)

In the United States, while the Food and Drug Administration has not approved placenta capsules, it has largely ignored their sale and production as long as the product doesn’t cross state lines.

Then again, the US regulatory environment is much less strict than Europe’s.

“It makes absolute sense that America is a place where anyone can make placenta capsules. The amount of crap that’s allowed in food in America is pretty shocking,” said Lynnea Shrief, 31, a Detroit native who is now a British citizen living in Spain. Shrief is the founder of the Independent Placenta Encapsulation Network.

In the UK, placenta specialists are loosely monitored on an ad hoc basis by local health inspectors, like those who tried to shut down Kathryn Beale.

Most placenta purveyors here were trained by IPEN, which is a self-governing trade group.

More than 4,000 women have consumed placentas prepared by IPEN’s 72 members since 2009, according to the group.

“If women like Kathryn are shut down across the UK, new mothers have nowhere to go to ask for help with their placentas and are left to do this on their own,” Shrief said. “There’s all sorts of health risks involved there.”