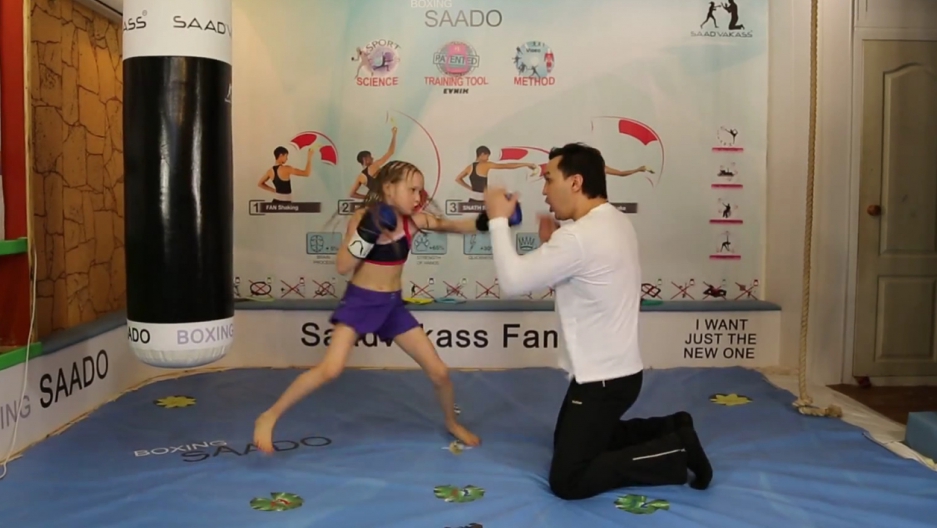 Prepare to feel sluggish, out of shape, and afraid.

Meet Evnika Saadvakass, the baddest little boxer in all of Kazakhstan.

Evnika became a viral sensation a couple of years ago when her father and boxing trainer posted a video of her skills to YouTube. She was five years old at the time, and the video has racked up nearly 3 millions views since.

It's easy to see why Evnika captured the heart of internet in 2013. Her hands and reflexes were lighting quick. She was tiny and adorable and determined.

Well now she's back. She's two years older, two years stronger, two years better trained, and if you were to call her adorable today, she might break your jaw. In 2013, Evnika looked a kid who'd only recently stopped sitting in high chairs. Now she looks like Manny Pacquiao.

Total beast mode. Merciless ferocity. Are you kidding me?

"The first thing that strikes the eye is her improved footwork," her father writes in the video's description. "Evnika is very confident in the stand up and her striking looks much harder than it used to be. She looks much more concentrated now and it’s clear that boxing for her is not something to please her dad but something she really loves."

Maybe the footwork wasn't the first thing that caught your eye. Maybe it was the fact that little Evnika can throw punches faster than you can type on a keyboard.

The only question is: Will Evnika grow up soon enough to fight Ronda Rousey?