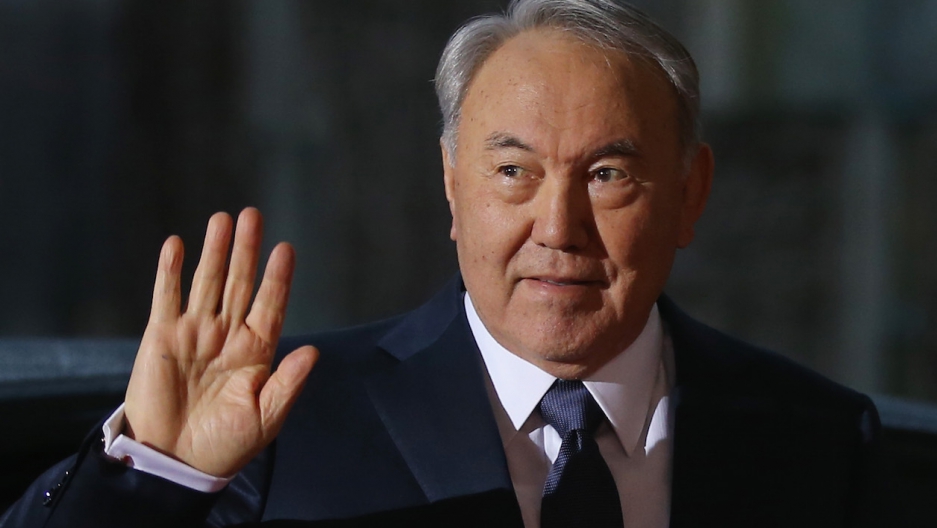 President Nursultan Nazarbayev has led the oil-rich Central Asian country since 1989, and he just made winning a fifth term look suspiciously easy. On Sunday, he won re-election yet again with a colossal 97.7 percent of the vote.

And that’s not it: About 95 percent of the electorate showed up to the polls, officials said, handing the former communist a mandate most Western leaders could only dream of.

There are just a few problems.

“The incumbent and his political party dominate politics, and there is lack of a credible opposition in the country,” Cornelia Jonker, head of the monitoring mission for the Organization for Security and Cooperation in Europe (OSCE), said in a statement Monday.

The OSCE, which monitors elections in the former Soviet Union, also said the vote was marked by irregularities and a lack of open debate. In Kazakhstan, critics claim, carefully choreographed elections are less about competition and more about legitimizing the near-cult status of Nazarbayev.

Case in point: His only two opponents in the race, who collectively took about 2 percent, openly supported him. Any genuine critics have been jailed or forced into exile.

Nazarbayev, 74, even made a snarky apology for his uber-landslide, although he really appears to have no regrets.

“I apologize that for super-democratic states such figures are unacceptable,” he told a post-election news conference Monday, Reuters reported. “But I could do nothing. If I had interfered, I would have looked undemocratic, right?”

More from GlobalPost: This little girl from Kazakhstan is the fiercest boxer since 1980s Mike Tyson