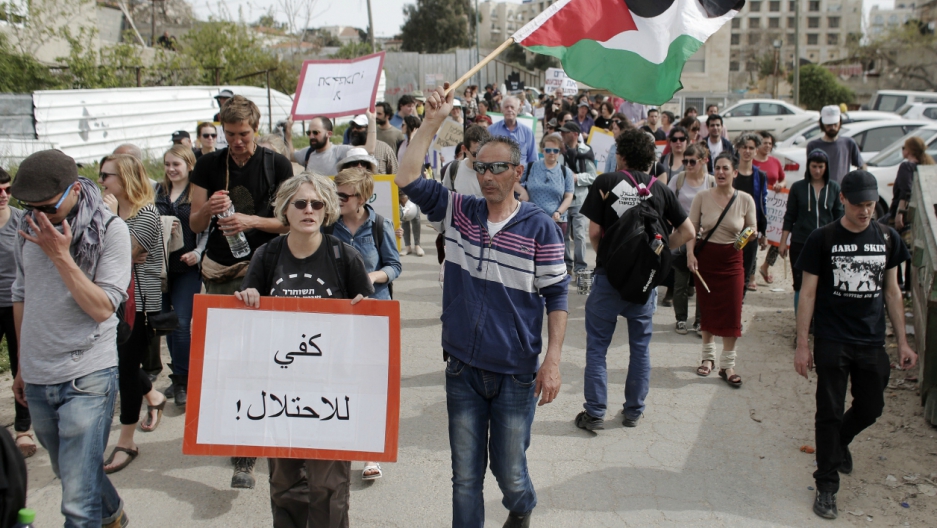 Israeli, Palestinian and foreign activists protest against Israel's occupation and settlement activity in the Palestinian territories during demonstration in Jerusalem on March 27, 2015.
Credit: AHMAD GHARABLI
Share

JERUSALEM - Israel said on Friday it would release millions of dollars of tax income to the Palestinian Authority, three months after freezing the payments in protest at unilateral Palestinian moves towards statehood.

Prime Minister Benjamin Netanyahu's office said the funds would be sent for humanitarian reasons and "Israel's interests," without saying whether the transfer would be repeated.

The move may be seen as a bid to rebuild bridges, particularly with the White House which criticized hawkish comments about the Palestinians that Netanyahu made in the buildup to his election victory this month.

In January, Israel stopped the monthly transfer of $130 million of tax and customs duties that it collects on behalf of the Palestinian Authority after the organization applied to join the International Criminal Court.

Since then, more than $500 million has been withheld, prompting the Palestinian Authority, which administers the West Bank, to cut most of its employees' salaries by 40 percent and resort to an emergency budget.

With the deficit already at around 15 percent of GDP and the tax transfers accounting for two-thirds of its income, the Palestinian Authority's budget is falling into a deeper hole every month. Unemployment stands at 25 percent and output is set to contract this year, sharply increasing the threat of instability and violence.

There was no immediate comment from the Palestinian Authority.

"The tax revenues that accrued up until February will be transferred, offset by payments for services rendered to the Palestinian population, such as electricity, water and hospitalization," said Netanyahu's office.

The decision, it said, was "based on humanitarian concerns and in overall consideration of Israel's interests at this time."

"Given the deteriorating situation in the Middle East, one must act responsibly and with due consideration alongside a determined struggle against extremist elements," it added.