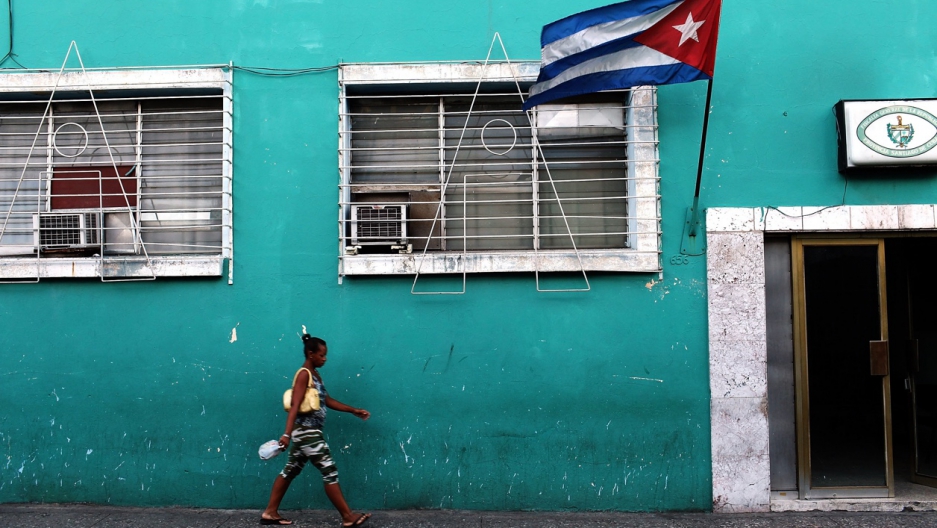 A woman walks down the street in Santiago de Cuba, Cuba.
Share

Iran, Sudan, Syria and Cuba have something important in common. They are all state sponsors of terrorism, according to the United States government. An argument could be made for the first three, though one man's terrorist is often another's freedom fighter, as the saying goes. But Cuba? Really?

But for Cuba, the designation has wrought huge damage to the everyday lives of its people. A spot on the list means economic sanctions, bans on exports, and other punitive measures. Significantly, the list makes international banks wary of operating in Cuba. The US Justice Department fined a French bank almost $9 billion last year for handling currency from countries on the list. In 2012, it fined HSBC $1.3 billion.

So a lot of people were pretty excited yesterday when US President Barack Obama announced that the United States would remove Cuba from the list. Not only does it remove a major impasse on the road toward normalizing ties and re-opening embassies for the first time in half a century, it goes a long way toward improving the economy of the largely impoverished island.

Interest rates and transaction costs will go down, foreign investment will return. Things are finally looking up for Cuba.

There are few who will argue that the practice of female genital mutilation is not seriously harmful to women or entirely unnecessary from a health or religious perspective. But what about pin-pricking? What about piercing? What about just a tiny little snip? Is that okay?

Part of the problem is a lingering belief that making a small cut to a woman's clitoris can improve health and reduce sex drive, protecting her when she's older. Part of the problem is religious. Indonesia is home to the world's largest population of Muslims. While female circumcision is not mandated under Islamic law, some influential religious leaders in Indonesia have “strongly recommended” it.

But perhaps one of the biggest barriers to wiping out the practice once and for all is money. Hospitals and clinics charge an extra fee for performing female circumcision. For a cash-strapped health industry, that source of income can be difficult to discourage.

The Irish are angry at Jon Snow, the brooding and sometimes annoyingly ethical character on “Game of Thrones.” Actually, they are angry at Kit Harington, the posh English guy that plays him. 'Game of Thrones' is filmed in many exotic and interesting places. But according to Harington, Northern Ireland is not one of them.

“It is hard to overstate how important 'Game of Thrones' is to Northern Ireland. Production alone has injected some $160 million into the economy, with 'Game of Thrones'-related tourism generating another $12.5 million,” writes GlobalPost Senior Correspondent Corrine Purtill, who is based in London.

So it was especially hurtful when Harington failed to come up with a single nice thing to say about the place during a recent interview. The backlash has been swift, and fierce. One woman summed up the general sentiment rather simply in a tweet. “Kit Harington is a knob,” she wrote.

Jon Snow, it appears, really does know nothing, at least about public relations.