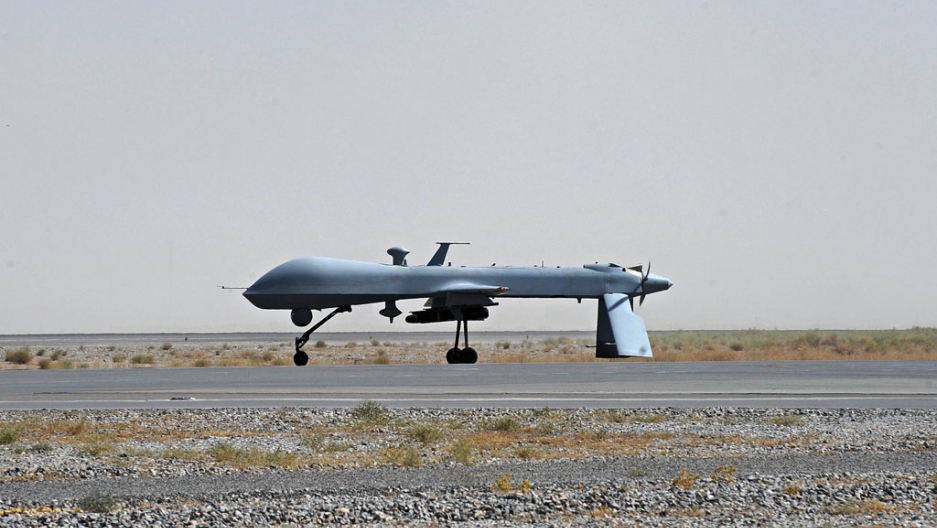 In this file picture taken on on June 13, 2010, a US Predator unmanned drone armed with a missile stands on the tarmac of Kandahar military airport.
Credit: MASSOUD HOSSAINI
Share

The deaths of these two men — American consultant Warren Weinstein and Italian aid worker Giovanni Lo Porto, both of whom had been held by Al Qaeda for several years — were indeed tragic.

It would be bad enough if they were the only innocent victims killed by the US in the "War on Terror."

Over a thousand civilians — including dozens of Westerners — are among the thousands of people who have died in US drone strikes conducted outside its declared war zones of Iraq and Afghanistan, according to independent estimates.

While US policy clearly states that attacks by unmanned aerial vehicles are only carried out when there is “near certainty” that “non-combatants” — i.e. innocent civilians — will not be killed or injured, this latest incident in western Pakistan shows the US often really doesn't have a clue who it's killing.

Figures tallied by groups such as The Bureau of Investigative Journalism (TBIJ) and Open Society Foundation also suggest as much.

More from GlobalPost: Drone Wars: Is it legal?

TBIJ data show the US has launched more than 500 drone strikes in Pakistan, Yemen and Somalia since 2002 as part of counter-terrorism operations launched in the wake of the 2001 terrorist attacks against the United States.

Those covert operations, directed by the CIA and military, have resulted in the deaths of as many as 5,160 people, including 1,124 civilians, according to TBIJ.

“Our villages are poor — no education, no hospitals, no roads, nor any services. Of all the progress and advances in the modern world, only these deadly missiles reached us,” said a Yemeni citizen interviewed by Open Society Foundations for its report Death by Drone, which documents nine drone strikes that killed 26 civilians, including at least one pregnant woman and children.

In Pakistan, where the US has carried out an estimated 415 drone strikes targeting Al Qaeda and Taliban militants since 2004, as many as 3,949 people have been killed, including up to 962 civilians, TBIJ estimates.

More from GlobalPost: Life under drones — in victims' own words

Yemen, an Al Qaeda stronghold, has seen more than 200 confirmed and suspected drone strikes since 2002, TBIJ notes, with up to 1,106 people killed, including as many as 157 civilians — contradicting comments made by the country’s embattled President Abdu Rabbu Mansour Hadi in 2012 that drone attacks had a “zero margin of error.”

“The electronic brain’s precision is unmatched by the human brain,” he told the Woodrow Wilson International Center for Scholars in Washington, DC.

In Somalia, where the US has been going after members of the Al Qaeda-linked Muslim extremist group Al Shabaab, 13 drone strikes since 2007 have killed an estimate 105 people, including up to five civilians.

It’s important to remember that these are just estimates and the numbers do vary among the various groups keeping tabs. And they don't include the hundreds, or more likely thousands, of drone strikes carried out in Iraq and Afghanistan.

Given the lack of transparency surrounding the US drone program, it’s impossible to know exactly how many people have been killed, let alone the number of innocent civilians whose only crime was being in the wrong place at the wrong time.

No apology from President Barack Obama, as sincere as it might be, can make up for their deaths.