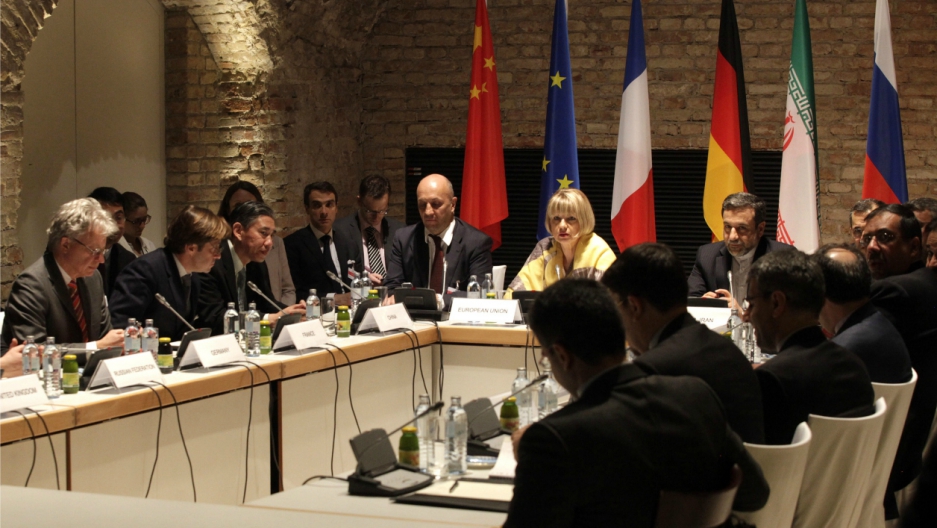 OWL’S HEAD, Maine — President Obama has scored a run in his Middle East foreign policy, arguably the only one in the six years of his presidency. Even more surprisingly, Secretary of State John Kerry pulled off the kind of successful all-nighter, in the final negotiations with Iranian Foreign Minister Mohammad Javad Zarif, that college students only dream about.

Republicans are still grumbling. Predictably, Israeli Prime Minister Netanyahu continues to denigrate the Obama administration’s efforts. The deal, Netanyahu says, “would threaten the survival of Israel … it would pave the way’’ to an Iranian nuclear weapon.

But middle-of-the-road observers, and even acknowledged skeptics, see the framework Kerry and his Iranian counterpart negotiated as better than expected.

Most significant among the details was the extent to which Iran agreed to rigid inspections at all of its nuclear sites by the UN’s International Atomic Energy Agency.

So why does Netanyahu continue to denounce the deal as a threat to Israel’s existence? Why are the Saudis and their smaller Gulf neighbors so against it? And why are virtually all Republicans seeking the party’s presidential nomination so negative about a deal that stops an arms race in the world’s most dangerous and volatile region?

Let’s take the Republican ‘’issues’’ first. The general Republican view is, if it’s good for Obama, it’s bad for the Republican Party. It’s not the deal they are against. It’s who delivered it.

While such political posturing is hardly unprecedented, it’s particularly deplorable when dealing with an agreed-upon framework in a nuclear negotiation, knowing that failure could suck the US into another war in the Middle East.

George W. Bush’s disastrous Iraq War does not seem to have dampened Republican enthusiasm for another. Republicans, for their part, claim war is not the alternative — just more sanctions. But, that’s a no-win path for Republicans: Polls show two-thirds of Americans support this negotiated arrangement with Iran.

Netanyahu has been against any nuclear compromise with Iran for two decades, repeatedly portraying an Iranian bomb as being just around the corner. His hysterical — and erroneous — outbursts are just following a 20-year-old script.

Unfortunately for the US, Netanyahu knows there’s no downside. While Obama is rightly furious with his blatant interference in American politics, he’s made it clear that US financial and military support for Israel will continue and that he intends to finalize the nuclear arrangement by the June deadline.

Saudi Arabia’s reaction is pure power politics. As the US retreats, slowly but inevitably, from our role in the Arab World, the Wahhabi kingdom feels forced to take the leadership mantle of the Arab Sunni bloc.

As the most powerful Shia nation, Iran is Saudi Arabia’s archenemy. The development of a nuclear bomb by Iran is seen in Riyadh as less a threat than the emergence of Iran from its pariah status to an accepted member of a new and different Middle East since its economy will no longer be hampered by sanctions.

Any move by the US and the European Union that encourages Iran’s rehabilitation will be seen by Saudi Arabia and its allies as a long-term threat to the Sunni domination of the Middle East.

Post-Saddam Iraq is more closely aligned to Tehran than to any Arab country.  In Syria, Iran’s ally Assad hangs on. Hezbollah increasingly pulls the strings in Lebanon. And now Yemen, with which Saudi Arabia shares its longest border, has fallen into pro-Iranian hands.

Iran’s gain is Saudi Arabia’s loss. Iran’s rapprochement with the West is anathema to Netanyahu and his extreme right-wing base.

But for the US, the Iranian nuclear deal lessens the possibility of another Middle East war into which we would be drawn. The deal would lead to a more responsible Iran. Israel, along with the Saudis and their Gulf allies, will remain our closest friends in the area, but that doesn’t mean we have to forego the benefits of a new relationship with Iran.

It is interesting to consider how money in American politics these days undermines US international interests.

As The New York Times pointed out, donations to Republicans from a handful of pro-Israel American Jews has multiplied in recent years — and tied Republican congressmen to Netanyahu’s extreme positions. Money from the extreme right wing of American Jewish community has also meant that the Republican Party today tolerates little dissent on the topic of Israel.

The challenging question now is, do we really want US strategic interests to be at the mercy of unlimited campaign spending?