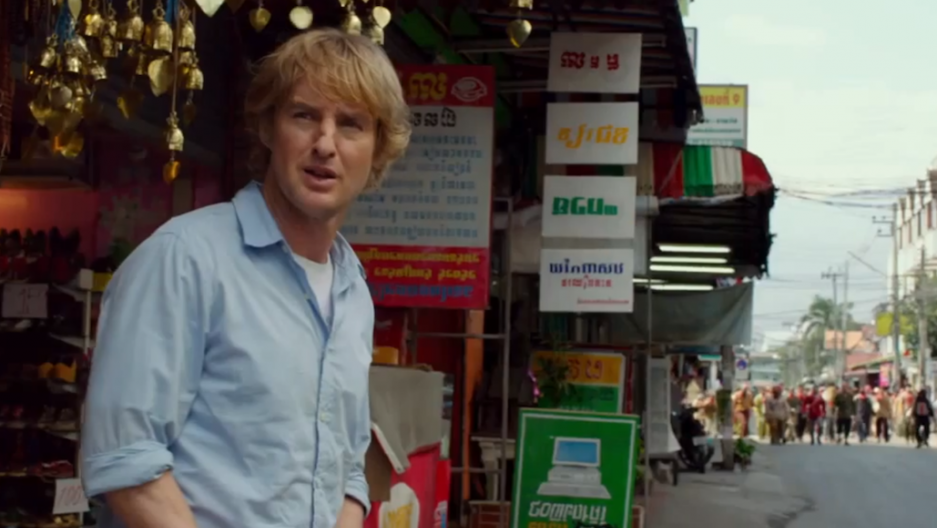 Credit: Official trailer for "No Escape," The Weinstein Company
Share

BANGKOK — Behold the trailer for “No Escape,” a tale of one American family’s struggle to survive against faceless Southeast Asian hordes.

Have you watched it yet? Good. So now you know the plot: A dad played by Owen Wilson naively relocates his wife and kids to the Asian tropics. Big mistake! The savages revolt and start shooting at white people from helicopters.

The villains appear to be a melange of various foreign rebels. They’re like a neo-Khmer Rouge, with an ISIS-style glee for murdering Americans, set loose in a World War Z landscape with a few Buddhist temples and Hawaiian shirts.

“No Escape” takes place in a fictional Southeast Asian country that bears a strong likeness to Thailand. The movie was shot in Chiang Mai, a serene city in the north. It was originally called “The Coup” — a prescient title given that Thailand’s military decided to seize power in May 2014 not too long after filming wrapped up. (Not that coups are so unusual here.)

That coup, while tragically reverting Thailand to a mismanaged authoritarian state, did not entail mowing down foreigners block by block. The “coup” movie title didn’t last long, anyway. It was changed because, according to the gossip site Hollywood Reporter, it “tested poorly with audiences that didn’t know what the heck a ‘coup’ was.”

Hollywood has no obligation to the truth. Even films that claim to depict real-life events, such as “Argo,” can mangle facts and still win top prizes at the Academy Awards.

“No Escape” is fiction, of course, so it can warp reality with abandon. But the film still looks like a movie designed to tap into America’s ugly fear of the so-called “third world,” an imagined place of chaos where life is cheap and Americans are easy prey.

It’s unfair to judge a film by its trailer alone. Maybe “No Escape” is full of nuance and insight. Or maybe it’s a film for Americans so sheltered that they don’t know what a coup is.