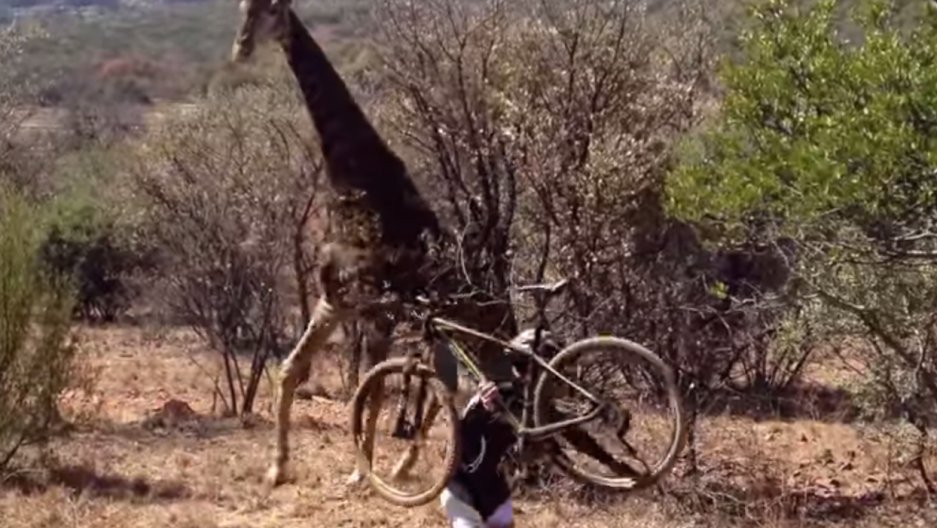 Yes, giraffes. Those strange-looking herbivores aren't known for attacking humans, but in sad news from South Africa, a man was reportedly killed by a giraffe while out biking on the grounds of a game lodge.

"He had gone cycling alone," Colonel Ronel Otto told local media. "He was allegedly attacked, or trampled, by a giraffe."

The full story isn't yet clear, with a post mortem underway Tuesday after 45-year-old Braam Bosse's body was found by guests at the Thabo Monate Game Lodge in Limpopo province, with his bicycle lying nearby.

This isn't the first time a giraffe has turned on a South African cyclist. In a 2013 incident caught on video, a giraffe chased two mountain bikers at the Groenkloof Nature Reserve near Pretoria, trampling one of their bicycles before letting up.
And we can't forget the viral video of a few years back, in which a GoPro camera captured the dramatic scene of a South African mountain biker getting T-boned by an antelope during a race.

It's worth remembering a line from the end of that video, a warning to all cyclists: "This is why you wear a helmet!"