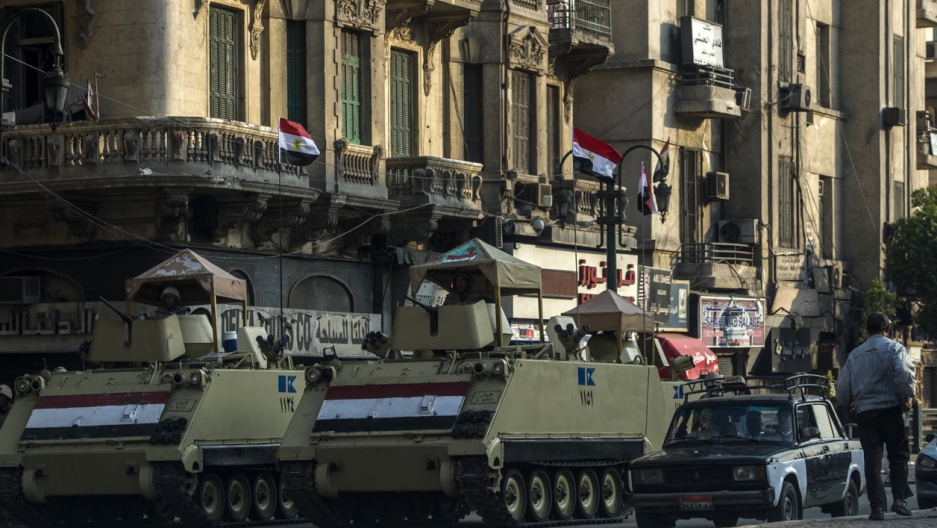 In 2011, a popular protest movement and revolution toppled former President Hosni Mubarak. Mubarak, with the generous annual help of the United States, had held on to power for more than three decades. He was an autocrat and ruled like one, not tolerating dissent of any kind. So when Egyptians saw Tunisians peacefully taking down their own longtime and very corrupt leader not so far away, inspiration struck.

It was a time of great excitement, when young Egyptians gathered in camps in Cairo's Tahrir Square, drawing up manifestos for democracy and human rights. It all culminated a year later, in June 2012, when the country held its first free election. Mohamed Morsi, the chairman of the Muslim Brotherhood's political party, won. Perhaps most remarkably, the election passed without any major instances of fraud or violence.

Not everyone was happy about this, especially the military, which instantly set about trying to undo what had been done. In 2013, it toppled Morsi in a coup. General Abdel Fattah al-Sisi became president after an “election” that gave him a suspicious 97 percent of the vote. Today, the reversal appears complete. A court sentenced Morsi to 20 years in prison.

For once, there is some good news coming out of the euro zone. The economic bloc that has for years now been a byword for economic instability may finally be turning a corner.

That is especially amazing considering what everyone was saying just a few months ago. “Economists then were predicting the euro zone would be sucked into a deflationary vortex of doom where falling prices and rising unemployment would condemn the continent to a century of stagnation,” writes GlobalPost's Paul Ames, who is based in Lisbon.

Three months later and it's an entirely different story. Germany's economy is growing almost double the pace anyone predicted. The last time Spain added so many jobs was 13 years ago. That's no small thing for a country where half of its young people are unemployed. Ireland and Portugal, two countries that defaulted and received bailouts, are also seeing surprising economic growth.

So what's the deal? Why the sudden turnaround? Two things: declining oil prices and a weak euro. Cheaper fuel has been a shot in the arm for European industry, and has encouraged private citizens to spend more on other things. And the fall of the euro by a fifth against the dollar over the past year has boosted sales by making European goods cheaper on world markets. EU exports to the US were up 18 percent in the first two months of 2015 compared to the same period last year.

Now the question is: Can it last?

Drug smugglers have invented some creative ways to get their product from one place to the other without getting confiscated.

Back in the day they flew it over borders on small propellor planes flying under the radar. They hid it creatively in all parts of their cars and drove it over. They inserted the drugs into their body cavities. They swallowed them. They used submarines. Frozen shark meat. Breast implants. You name it, they have tried it.

So it was a little surprising that these drug runners in Spain attempted to traffic more than a thousand kilos of hash like this. Even crazier is that the only reason they got caught was because they forgot to turn their headlights on.