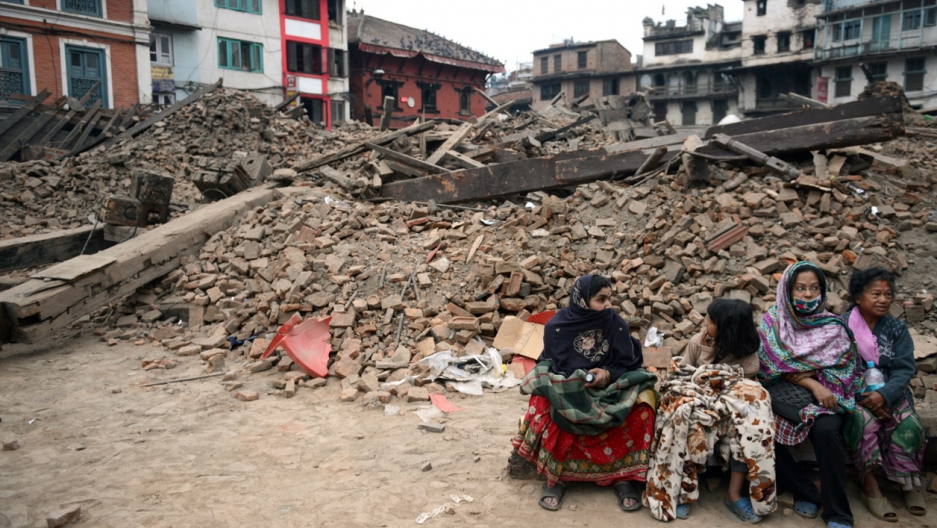 Nepalese residents sit near buildings severely damaged by an earthquake in Kathmandu on April 26, 2015.
Share

Some of the cruelest things the survivor of a devastating earthquake must endure are the aftershocks.

Already suffering from the destruction and death all around, each following tremor is a new a trauma. And in Nepal — a densely populated and remote country squeezed between India and Tibet, where a 7.8-magnitude earthquake struck on Saturday — the aftershocks have been coming by the dozens.

So far officials put the death toll from the earthquake at 3,700. But that number could easily rise dramatically. When large earthquakes strike hard-to-get-to regions of the world, it is often days before remote and possibly ruined towns are reached. When the Indian Ocean earthquake struck in December 2004, it was more than a week before anyone realized that certain communities had been entirely wiped out in parts of Indonesia.

The same scenario could be true for Nepal, where so far most of the international rescue effort has centered on the capital of Kathmandu. There, the destruction is hard to exaggerate. Survivors, too scared to be inside the city's shattered buildings, are staying in the streets, huddled around campfires and under leaking tarps as a driving rain adds another level of misery. Hospitals are overwhelmed and undersupplied.

Making matters worse is a history in Nepal of insurgency, political impasse and corruption. Survivors accuse the government of being slow to respond and leaving them vulnerable from the start. A Maoist insurgency ended a decade ago, but little progress has been made to mend differences. Political leaders have failed to agree on a new constitution.

“Hush” is a perfectly named new mobile phone app in Myanmar. It allows users to post messages anonymously. And for a country that was only a few years ago one of the world's most repressive police states, this is no small thing. In fact, it's practically revolutionary.

“For decades, loose talk was a luxury most in Myanmar weren’t able to afford,” writes GlobalPost Senior Correspondent Patrick Winn, who frequently reports from Myanmar. “A surveillance network of military spies forced many to temper their speech.”

Hush users post what you'd expect: there is, in general, a lot of teen angst. And there are, of course, the occasional requests for threesomes and other indelicate things. But there are also more and more posts on weightier issues. Users can comment endlessly on each anonymous post. And one of the longest threads is on Aung San Suu Kyi, an icon of resistance to military rule.

So far, Hush has racked up more than 12,000 users. That's a lot in a country where only about 5 percent of the population uses the internet. As access to phones and internet increases in Myanmar, so could the value — financial, political and cultural — of apps like Hush.

The Berlin Wall is long gone, but some key differences between East and West Germany remain. Like this one: East Germans enjoy far more sexual freedom than West Germans. While anecdotal evidence has long existed for this claim, a powerful new study has just been released that appears to confirm it.

This divide between East and West likely stems from the communist state encouraging openness among East German family members on topics that their more religious counterparts in the West might avoid discussing, according to experts.

Perhaps communism is a worthwhile form of government after all.