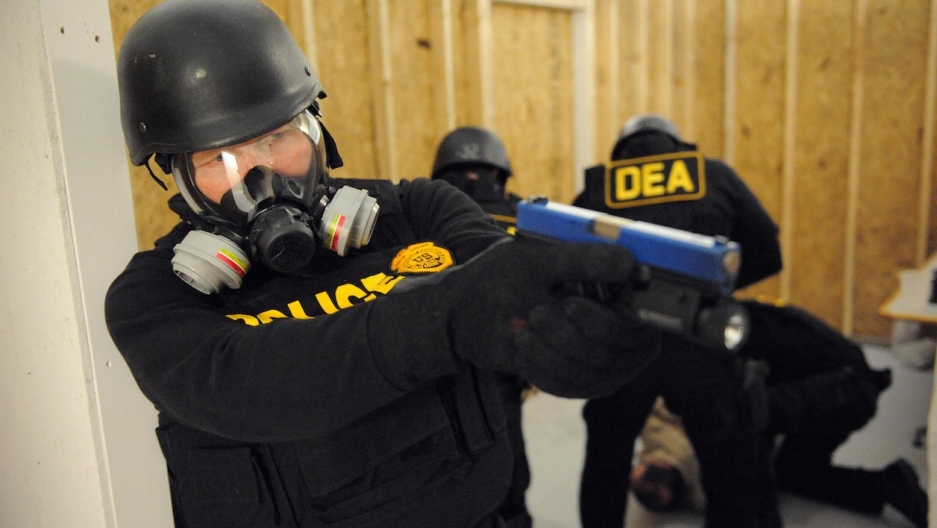 MEXICO CITY — Government spying scandals have become rampant since 9/11. But a lawsuit filed this past week against the United States’ Drug Enforcement Administration, the DEA, alleges that widespread phone surveillance went back almost a decade before the 2001 attacks on the twin towers.

Since 1992, the DEA has amassed the phone records of tens of millions of Americans, looking for calls made to drug traffickers in countries like Mexico, according to the suit filed by Human Rights Watch.

Your own phone calls to foreign countries may have been swept up in that dragnet.

“Mass surveillance of innocent people does not fit in with rights under our constitutional democracy.”

“This type of mass surveillance of innocent people does not fit in with rights under our constitutional democracy,” HRW General Counsel Dinah PoKempner tells GlobalPost.

The suit, filed in a California court on Tuesday, follows an investigation by USA Today into the DEA's surveillance. It reported the program was suspended in 2013 but may have been restarted in some form since.

Here's a copy of the suit.

So what does this all mean? Here's a breakdown of the case and where it could lead.

Why does the DEA monitor international phone records?

Traffickers moving cocaine, crystal meth, heroin or marijuana into the United States need to discuss logistics with their cohorts abroad. They often call to coordinate basics, like when a package will come or how it will be disguised.

Jamaican kingpin Christopher “Dudus” Coke was convicted by a New York court in 2012, thanks in part to phone calls he made from Jamaica to his US affiliates.

A 2009 sweep of Mexico’s La Familia cartel, which the US attorney general described as the largest-ever US operation against Mexican traffickers, also used phone records. Traffickers in cities including Dallas and Chicago discussed meth deals over the phone, leading to dozens of convictions.

According to the USA Today report, the DEA expanded its phone surveillance with help from the Pentagon, which had experience monitoring Soviet communication.

The DEA got phone companies to hand over all their records of calls to foreign countries where drug traffickers operate and processed these in supercomputers, the report says.

Countries where drug traffickers operate? That covers a lot of ground. More than 100 nations could have been targeted. The main ones include Mexico, Colombia, Afghanistan, Italy, Pakistan and Canada.

Was the DEA actually listening to your overseas calls?

If you're not involved in the international illicit drug trade, probably not. The lawsuit concerns the monitoring of phone records, not phone taps.

The DEA program looked at what numbers were called, at what time, how long the call lasted, and how they were paid for. Phone taps were then garnered through the usual court proceedings.

But HRW says that information is potentially dangerous for its sources. For example, if a source in Mexico were calling HRW to discuss the Mexican army killing people, then the DEA would have the source’s number.

“The US government has contact with other governments and we don’t know where this information will go,” PoKempner says. “This makes sources nervous to talk and that can hamper valuable human rights investigations.”

PoKempner says that looking at the phone records of innocent citizens violates the First and Fourth Amendments.

What does the US government say?

The former DEA administrator, Thomas Constantine, then told USA Today that the information gave “a treasure trove of very important information on trafficking.”

But another former senior DEA agent told GlobalPost that the program was not a major part of investigations. In most cases, agents acquired phone numbers of suspects through confidential informants or undercover agents rather than supercomputers.

What does HRW want to achieve with the lawsuit?

The lawsuit aims to force the Justice Department to state categorically that the program has been terminated and will not be restarted in any form. It also wants the department to delete all the numbers it stored.

The California court could approve the motion, throw it out or send it to trial.

“We need to set a clear precedent here about what our rights are and what the limits on government agencies are,” PoKempner says.