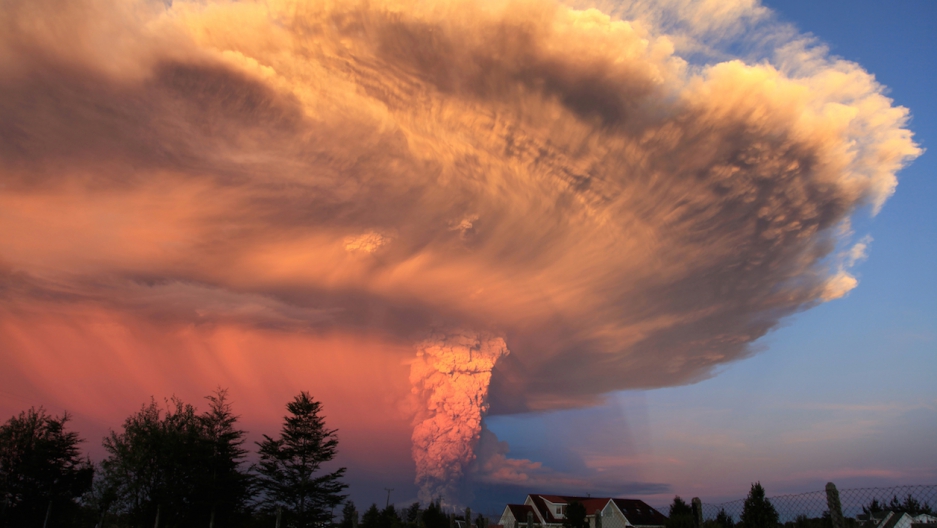 The view from southern Chile's Puerto Montt of a high column of ash and lava spewing from the Calbuco volcano, on April 22.
Credit: Diego Main
Share

Calbuco volcano in southern Chile had hardly made so much as a peep in half a century. It must have been saving up for this week.

On Wednesday, Calbuco erupted. And it was an awesome display.

Not so awesome for the 5,000 nearby residents who had to evacuate. Fortunately there are no reported casualties, although a 21-year-old man could still be missing, the Agence France-Presse reported.

"People are very, very frightened," said Gervoy Paredes, mayor of Puerto Montt, according to AFP. He added that Blanco river was flooding because of ice melt triggered by the eruption.

Chile has 90 active volcanoes, hopefully it can cope with Calbuco's fury.

Images of the ash and lava — and volcanic lightning! — captured below by various photojournalists are some of the most spectacular scenes of raw nature this year so far.