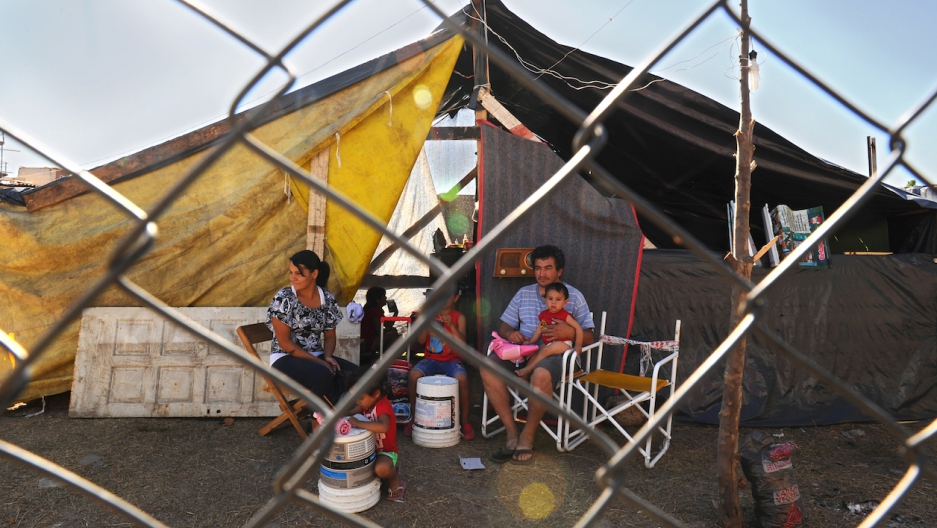 A homeless family sit by their tent in Buenos Aires in March 2014. One of the city's homeless settlements came to be named "Pope Francis" after the Argentine-born pontiff.
Credit: Daniel Garcia
Share

LIMA, Peru — Can a country tackle poverty without knowing how many poor residents there are?

That’s what some Argentines are asking. Their government no longer publishes an official poverty rate, and its top economic official recently offered a dubious explanation why.

“How many poor people is a pretty complicated question,” Economy Minister Axel Kicillof said in a radio interview last week. “I don’t have the number of poor; it seems to me that [a poverty rate] is a pretty stigmatizing method.”

That’s right: Argentina’s government is now the only one in Latin America that doesn’t bother with poverty data because it would be “complicated” and “stigmatizing.”

Then Kicillof added that any official poverty rate would be used by the opposition to attack the government.

Readers won’t be surprised to learn that the decision to kill the annual statistic, announced quietly last year supposedly due to “severe methodological deficiencies” in the calculation, came at a time when poverty was estimated to be on the rise in the South American nation.

A year ago, The Economist reported that the real 2012 poverty rate was 24.5 percent against the official rate of 5.4 percent.

With a more accurate calculation, the magazine added, “reported poverty would spike and the government’s image as a champion of the poor would take a battering.”

Needless to say, Kicillof took a battering himself after last week’s remarks.

Ricardo Kirschbaum, editor of Clarin, an Argentine newspaper long at odds with Fernandez de Kirchner, claimed that the real stigma was attached not to the poor but to the high poverty rate and the government’s failure to reduce it.

“Knowing poverty statistics is key to defining social policies and determining the efficacy of those policies,” Kirschbaum wrote in an opinion piece. “The opposite is like working at random.”

Argentina’s Twitterati did not hold back, either.

One user from Buenos Aires posted a video of the punk band Dead Kennedys' “Kill the Poor,” dedicated to Kicillof.