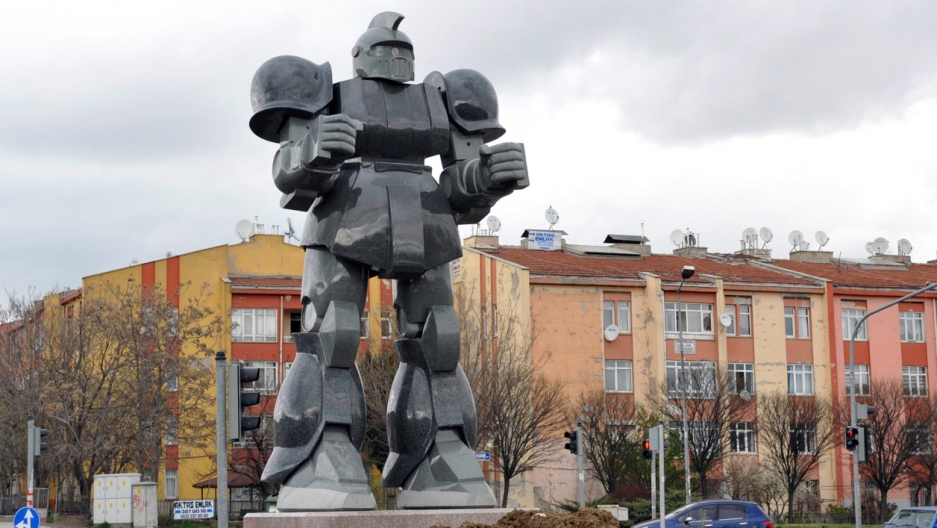 Hey, Turkish Chamber of Architects and Engineers, what's your problem?

Apparently some people in that distinguished and fun-hating chamber don't like the 20-foot robot statue that Ankara Mayor Melih Gökçek ingeniously erected in the capital city at the beginning of April.

Sure, maybe their idea of smart urban design is NOT an enormous robot that seems purposefully made to look as much like a Transformer as possible without violating copyright laws. But it's not a crime, right?

Turns out it might be. Gökçek didn't generously gift the robot to Ankarans, some of whom assumed the statue was an April Fool's prank when it appeared in the middle of a busy intersection on April 2. Nope. Instead, Gökçek, who paid for it using taxpayer money. And it was just the first of several robots he was planning to build in celebration of a AnkaPark, a new theme park that he's called his "prestige project."

Now the Chamber has filed a legal complaint. (It's also filed a complaint against the theme park.)

But what about dinosaurs?

Gökçek spent his evening on April 16 tweeting about a new plan to replace the massive robot statue with a massive dinosaur statue. He's either banking on the fact that everyone loves dinosaurs or he's trolling the Chamber in expert fashion. Or maybe both.

He invited his 2.5 million Twitter followers to vote on which dinosaur should replace the robot.

Then he spent some time retweeting the names people suggested for the dinosaur.