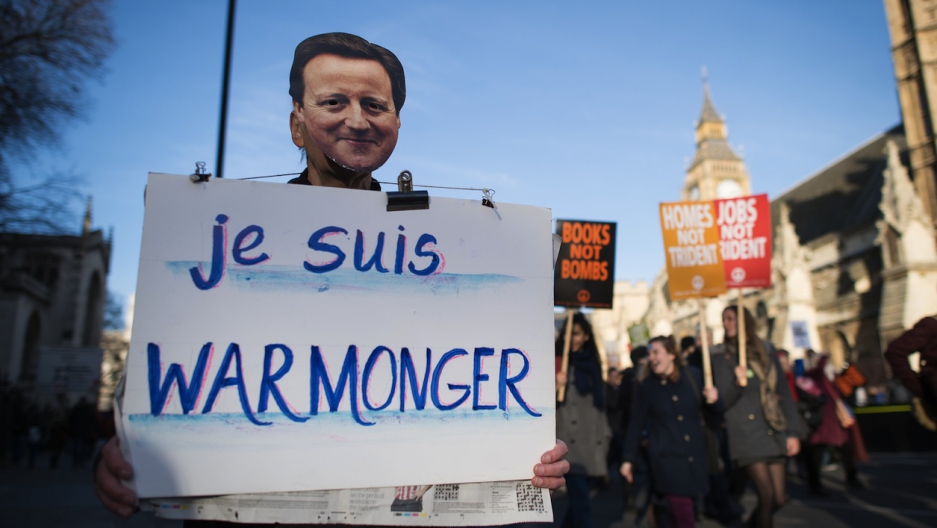 The United Kingdom has more than 200 nuclear warheads. But no one is slapping Prime Minister David Cameron's government with crippling economic sanctions and there's no international effort to negotiate an end to the UK's nuclear weapons program.
Share

Negotiations between Iran and the so-called six powers — the United States, United Kingdom, France, Russia, China and Germany — are fast approaching their now fabled deadline of March 31. If a deal is struck, it would be a monumental step forward for relations between Iran and the West, and could ease all kinds of tension. Or it might all fall apart in the next few hours.

The basic hope for the negotiations is that Iran will suspend for 10 years its most sensitive work and research related to nuclear development. This would calm the nerves of the West, which suspects Iran is pursuing nuclear weapons. Iran has always denied that accusation. In exchange, the West would lift the international economic sanctions now crippling Iran’s economy.

By most accounts a deal is close. But it is far from certain. There are two main sticking points. Iran wants the sanctions lifted immediately after signing the deal. But the United States and others are not yet sure they could make that happen, mostly because of all the layers of bureaucracy involved. The second point of contention is the degree to which Iran can continue researching newer generations of advanced centrifuges. It wants to keep advancing its nuclear power capabilities. But everyone else worries it will be advancing its nuclear weapons capabilities instead.

The negotiators have until midnight Tuesday to figure it out.

In the meantime, underlining the whole spectacle of these talks is an uncomfortable reality. With the exception of Germany, all of the other governments working to prevent Iran from developing a nuclear weapon have a lot of nuclear weapons themselves. The United States has more than 7,000 warheads. Russia has more than 8,000. The UK has more than 200. China has more than 250. And France has more than 300. Israel, which is angry that it wasn't included in the negotiations and has called any potential deal "very dangerous for humanity," probably has about 80 or so warheads.

It’s hard not to wonder how these governments have navigated this key and rather awkward point during the negotiations.