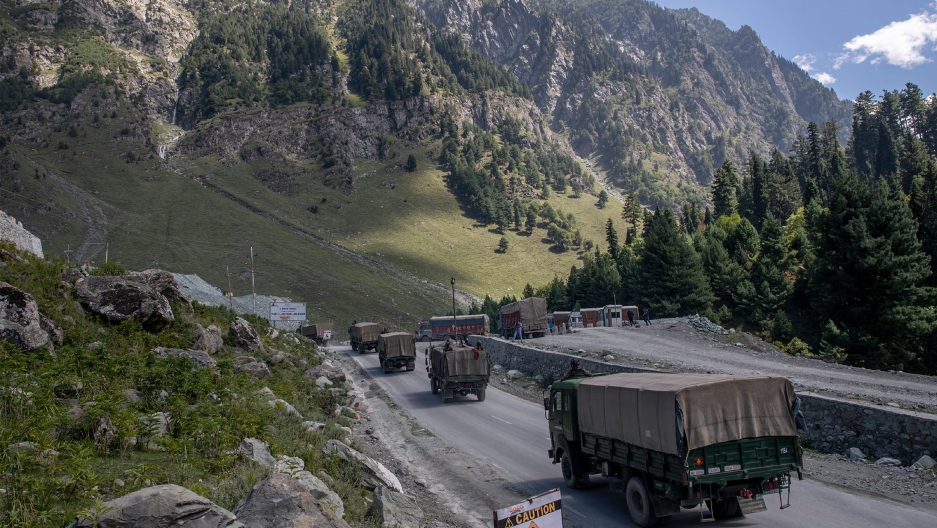 India-China
Talks between Indian and Chinese military officials aiming to diffuse border tensions have ended in a stalemate, leading to the continuation of a 17-month standoff that’s led to some deadly clashes. The two countries will now keep troops through the winter at areas along the de facto border known as the Line of Actual Control (LAC) that separates Chinese- and Indian-held territories from Ladakh, a territory that China claims in its entirety. Both countries have positioned tens of thousands of soldiers, artillery, tanks and fighter jets along the LAC. Both sides are blaming each other for the breakdown in talks.

'Polexit?'
Large pro-EU protests were held in cities across Poland on Sunday, sparked by fears of the country’s possible exit from the European Union. This comes after Poland's highest court ruled that the Polish constitution overrides EU law when they conflict with each other. The ruling, in a case initiated by Prime Minister Mateusz Morawiecki, is being seen as a rejection of European principles. The European Commission and Warsaw’s conservartive government have been at odds for several years, with the EU accusing Poland of undermining the independence of the body’s judicial system. The EU is also holding back on deciding over the disbursement of postpandemic funds.

China
Severe flooding in China’s northern Shanxi province has affected more than 1.76 million people. Torrential rain over the past week — which in some cases was four times the usual monthly precipitation average — caused landslides, a dam collapse and inundations in 70 cities and districts across the province. Continued rain is also hampering rescue efforts, with some villages being left underwater, trapping residents. More than 120,000 people have been urgently transferred and resettled, according to local news agencies.

Sister of imprisoned Saudi aid worker: 'They are already calling me a terrorist' 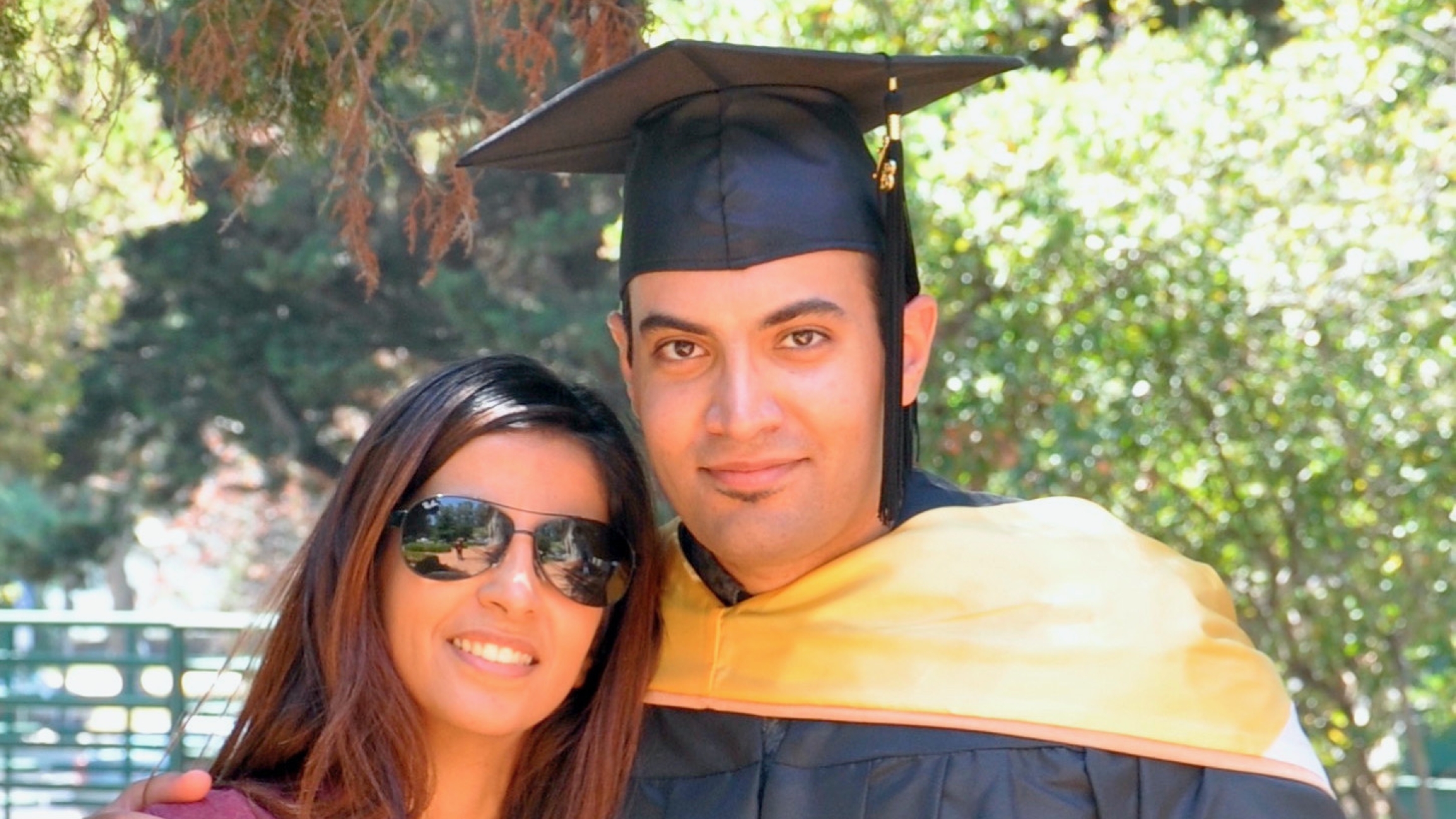 In this photo provided by the family of Abdulrahman al-Sadhan, Abdulrahman al-Sadhan poses with his sister Areej Al Sadhan for a graduation photo, at Notre Dame de Namur University, a private Catholic university, in Belmont, California, May 4, 2013. A court in Saudi Arabia has upheld a verdict that sentences the Saudi aid worker who criticized the government on Twitter to 20 years in prison and an additional 20-year travel ban after his release, drawing criticism from the Biden administration on Oct. 6, 2021.

Family of Abdulrahman al-Sadhan via AP

A court in Saudi Arabia upheld a 20-year prison term imposed on Abdulrahman al-Sadhan, a Saudi aid worker who had criticized the government on Twitter, drawing a rare public rebuke from the US in another sign of tension between the Biden administration and the kingdom. Abdulrahman al-Sadhan's sister Areej al-Sadhan, a dual Saudi-US citizen, talked to The World's host Marco Werman about the situation. 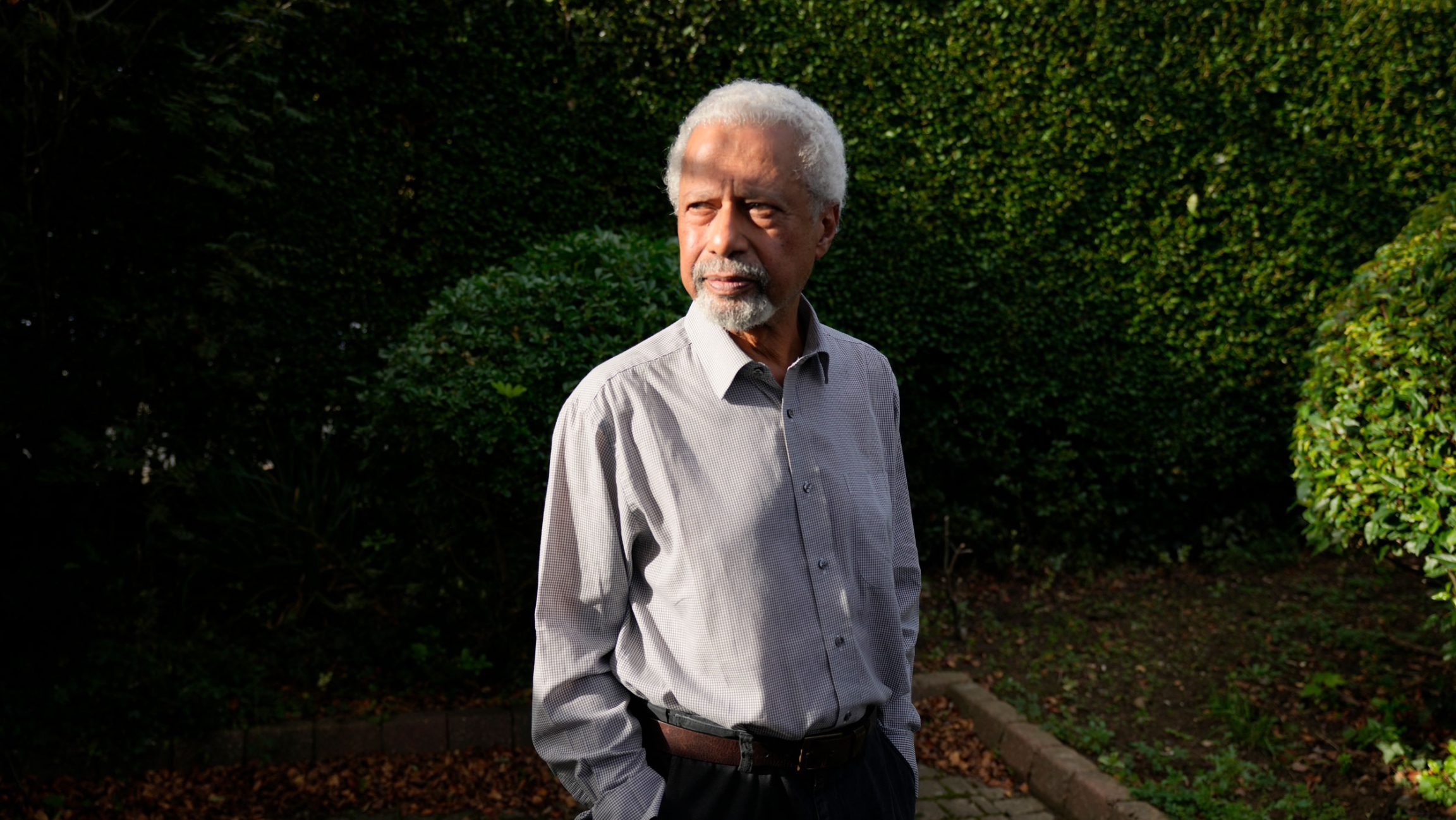 The Nobel Prize in literature was awarded to writer Abdulrazak Gurnah, a Zanzibar-born, British-based writer of 10 novels and numerous short stories. The world has discovered the magic that lies at the heart of Abdulrazak Gurnah's project, says Bashir Abu-Manneh, head of the English department at the University of Kent, where he and Gurnah have taught together for many years.

Now, you can listen to Beethoven's once unfinished 10th Symphony — thanks to a team of sicentist and musicians and artificial inteligence (AI). 🎧

AI might seem untouchable to those who don’t understand its inner workings, but it can predict music notes just like a phone or email tries to predict text as a person types. 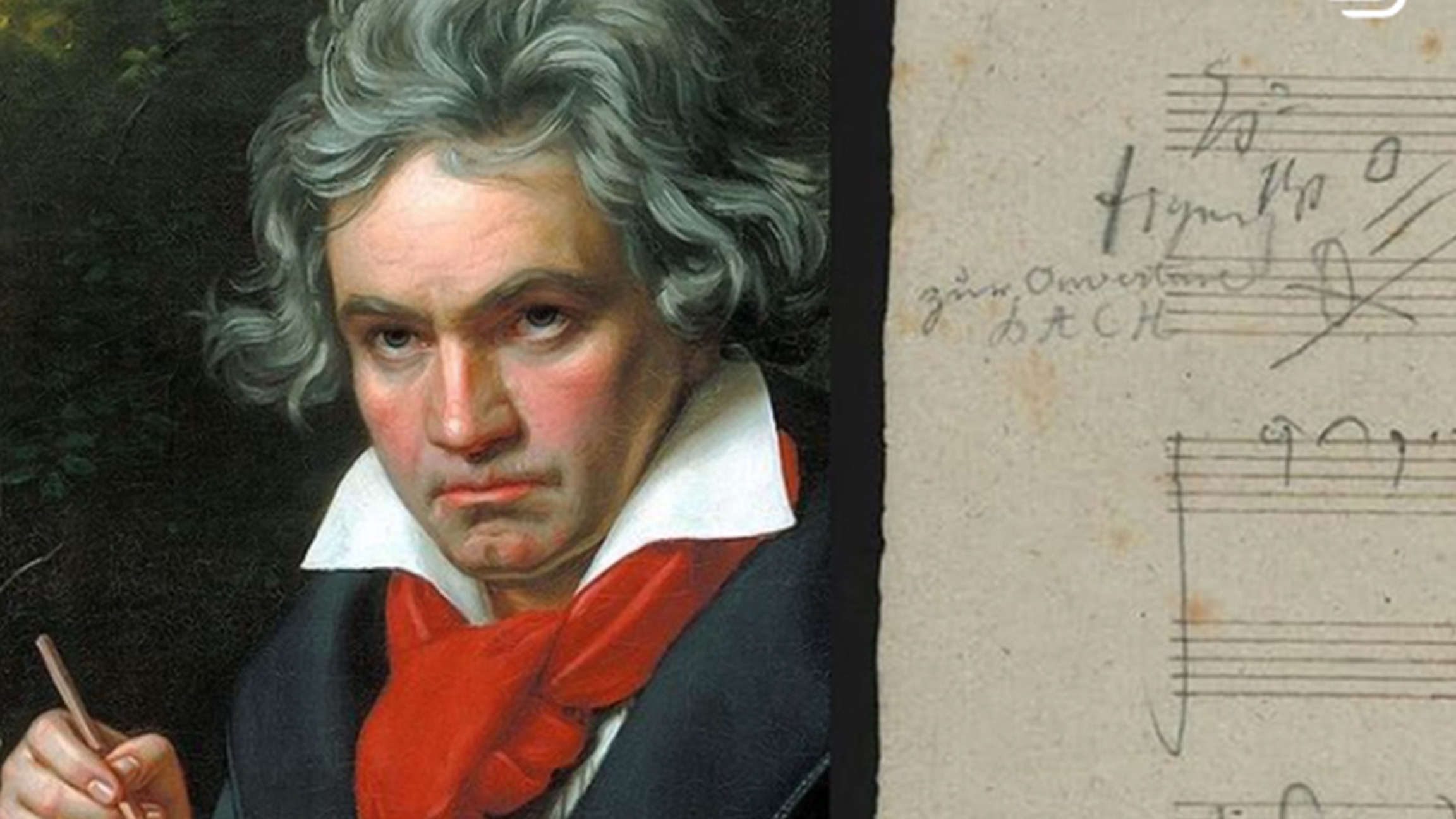 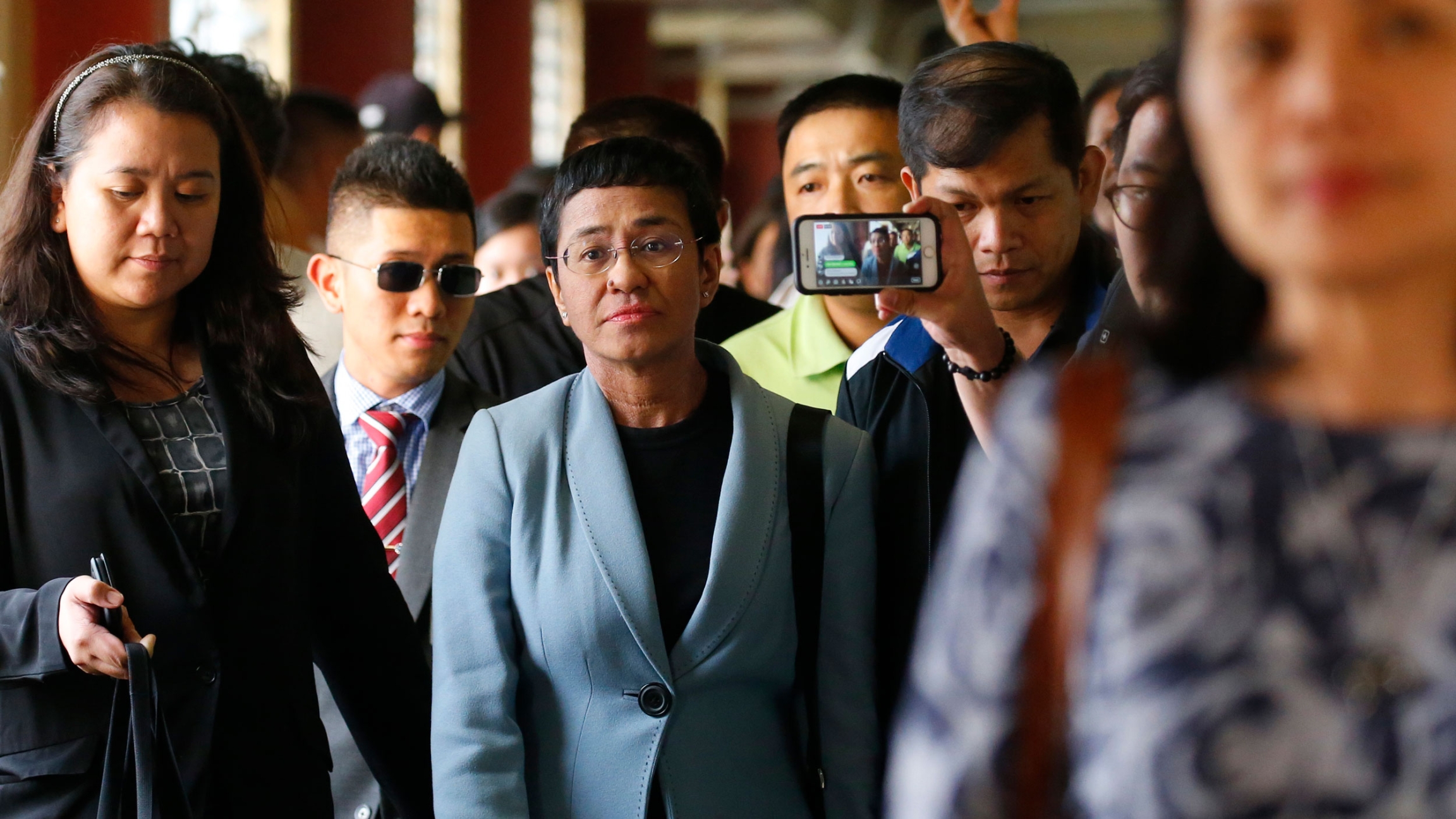 Maria Ressa, center, the award-winning head of a Philippine online news site Rappler, is escorted into the courtroom to post bail at a Regional Trial Court following an overnight arrest by National Bureau of Investigation agents on a libel case, Feb. 14, 2019, in the Philippines.

For the first time since 1935, the Nobel Peace Prize has been awarded to journalists: Maria Ressa of the Philippines, and Russian independent journalist Dmitry Muratov. The award honors their efforts to safeguard freedom of expression against the growing threats against it. And it’s election time in Iraq, where a high-stakes parliamentary vote will take place on Sunday. The election was called a year early in response to major protests in 2019. Plus, for nearly two centuries since Ludwig van Beethoven's death, his 10th Symphony sat unfinished and largely untouched. But with a little help from modern technology — that’s about to change.