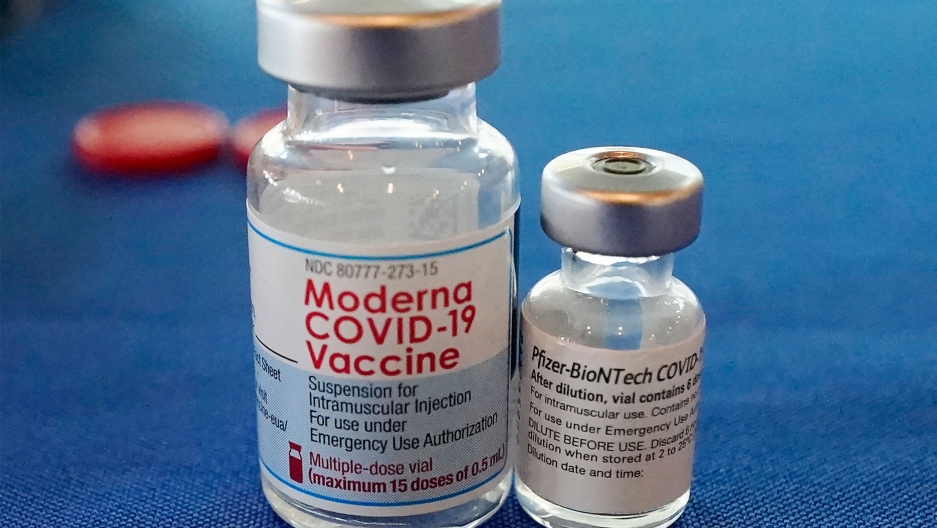 Moderna Africa
Biotechnology company Moderna announced its plans to build a manufacturing plant in Africa, capable of producing up to 500 million doses of mRNA vaccines per year, including those for COVID-19 and other diseases. The plant, which still has no specific location in the African continent, will take two to four years to build. The Massachusetts-based company has been under pressure from African countries and the World Health Organization to make vaccines on the continent, which has the lowest COVID-19 immunization rate. Pfizer and partner BioNTech also announced a deal in July to start producing shots in Cape Town, South Africa.

Germany-Denmark
Germany and Denmark have repatriated 11 women and 37 children who were living in the Roj prison camp in northeastern Syria, a camp under Kurdish control where suspected ISIS members have been held since the group’s fall in 2019. In a statement, German Foreign Minister Heiko Maas said the children are not responsible for their situation, but the mothers “will have to answer to criminal justice for their actions.” Three of the eight women were arrested upon arrival at Frankfurt airport under multiple charges, including membership in a foreign terror organization and violations of their duties of care and education for their children. At arrival in Denmark, the three women were also arrested on preliminary charges, including promoting terrorism.

Nobel Prize in Literature
Tanzanian novelist Abdulrazak Gurnah has been awarded the Nobel Prize for Literature for his “uncompromising and compassionate penetration of the effects of colonialism and the fate of the refugee in the gulf between cultures and continents,” the Swedish Academy said. Gurnah, who has published 10 novels and other short stories, grew up in the East African archipelago of Zanzibar. He arrived in England as a refugee in the 1960s and recently retired as a professor of postcolonial literature at the University of Kent. Gurnah is the first Black African winner of the coveted Literature prize since Nigerian novelist and playwright Wole Soyinka won in 1986.

First WHO-backed malaria vaccine is a ‘dream for the community,’ health expert says 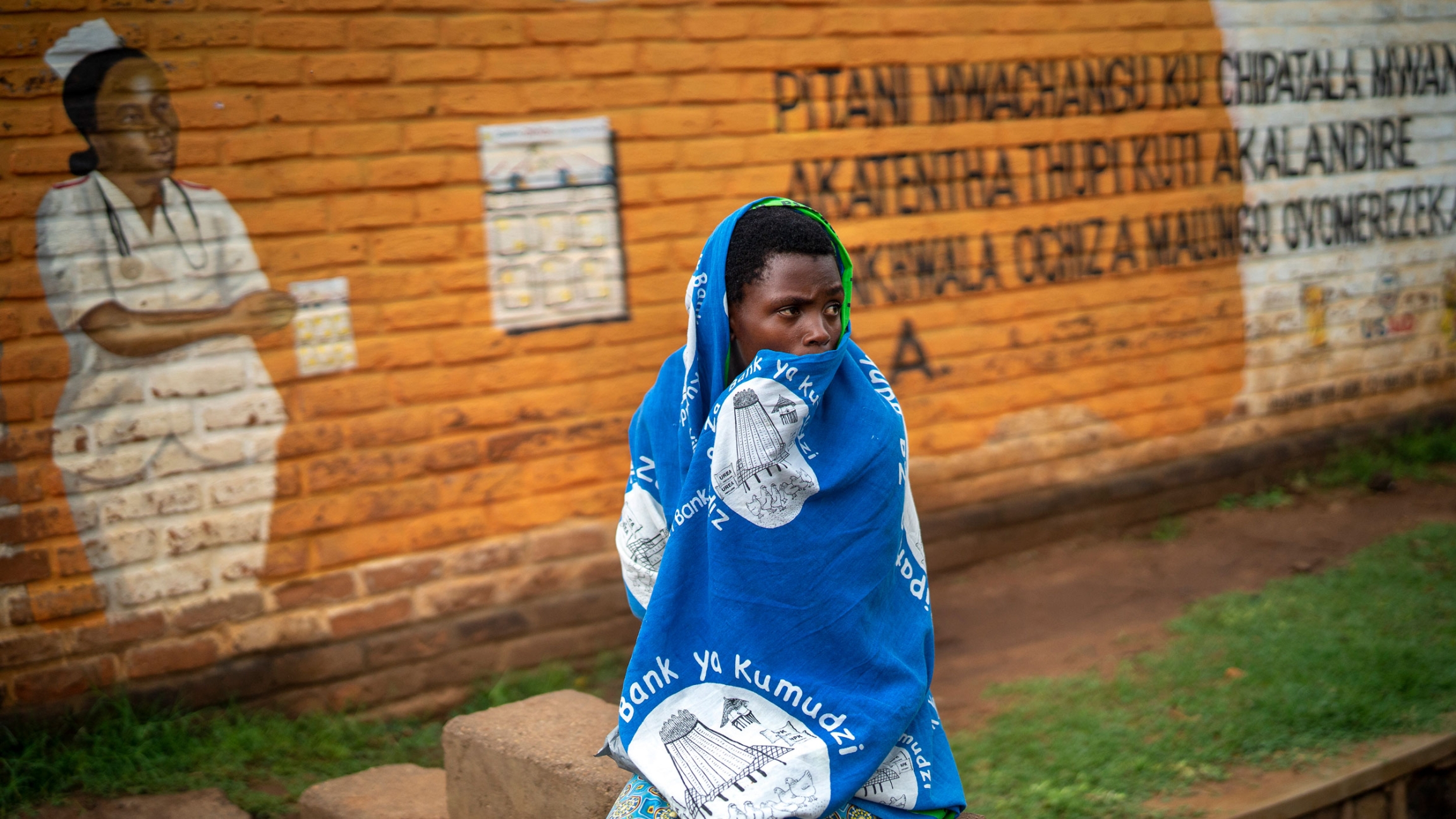 In this Tuesday, Dec. 10, 2019, file photo, a woman waits outside the Migowi Health Clinic to be injected with the world's first vaccine against malaria in a pilot program, in Migowi, Malawi.

The head of the World Health Organization announced a "historic" malaria vaccine that's safe for children. Regina Rabinovich, the director of the Malaria Elimination Initiative at ISGlobal and a visiting scholar at Harvard University, joined The World's host Marco Werman to discuss the advancement.

Behind in polls, Bolsonaro bolsters his base with far-right rhetoric from the US 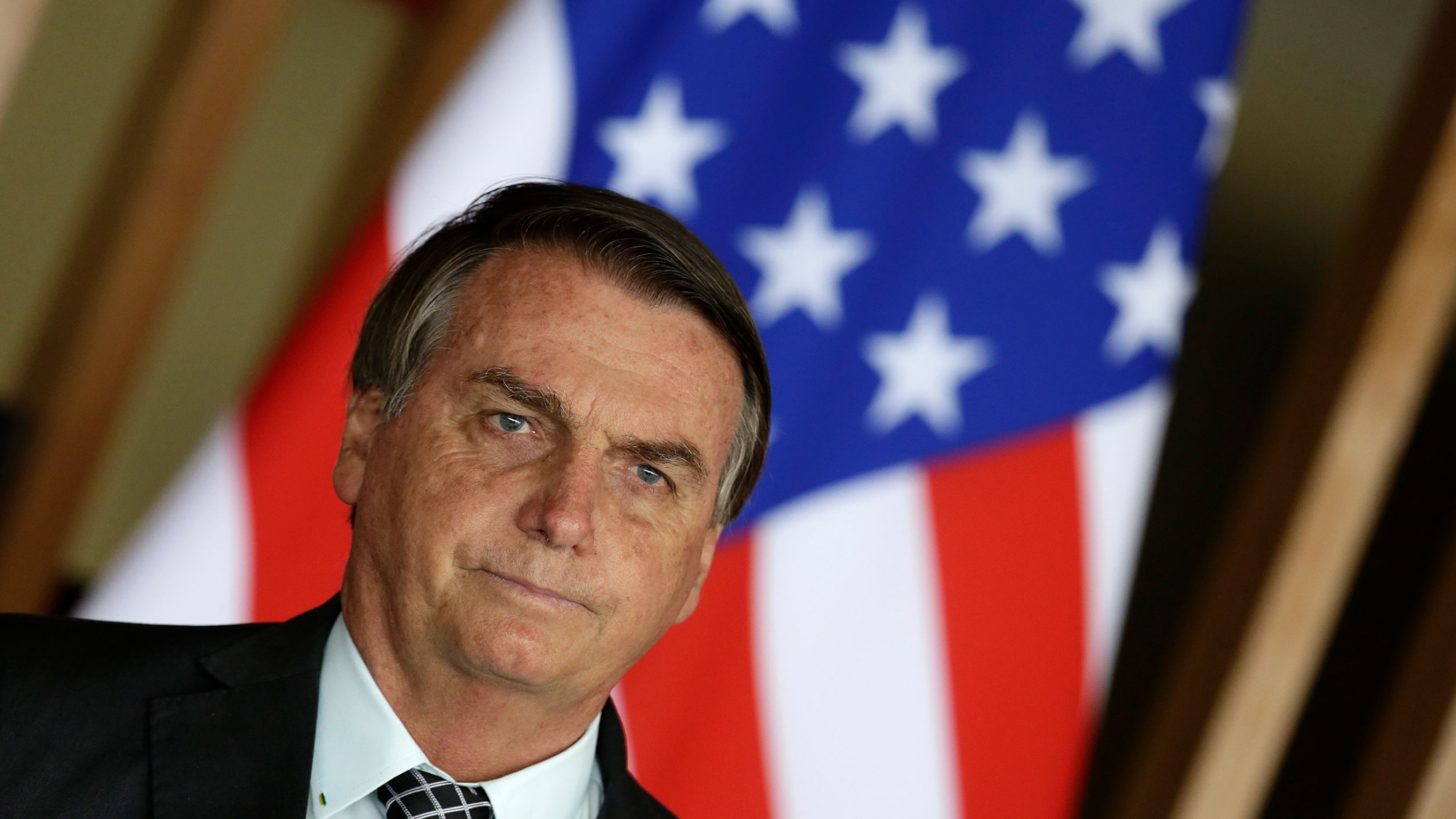 Brazil's President Jair Bolsonaro stands in front of a US flag during a news conference at Itamaraty Palace in Brasilia, Brazil, Tuesday, Oct. 20, 2020.

As the world waits for this year's Nobel Peace Prize announcement on Friday, there are people around the world making bets on who could win. They follow clues leaked to the press or big news stories of the year to increase their odds. "Currently, the World Health Organization are the favorites in the betting," Rachael Kane of Paddy Power, a gambling site in the UK and Ireland, told The World. ( 🎧) "Other favorites include Reporters Without Borders, the jailed Kremlin critic Alexei Navalny and climate activist Greta Thunberg." 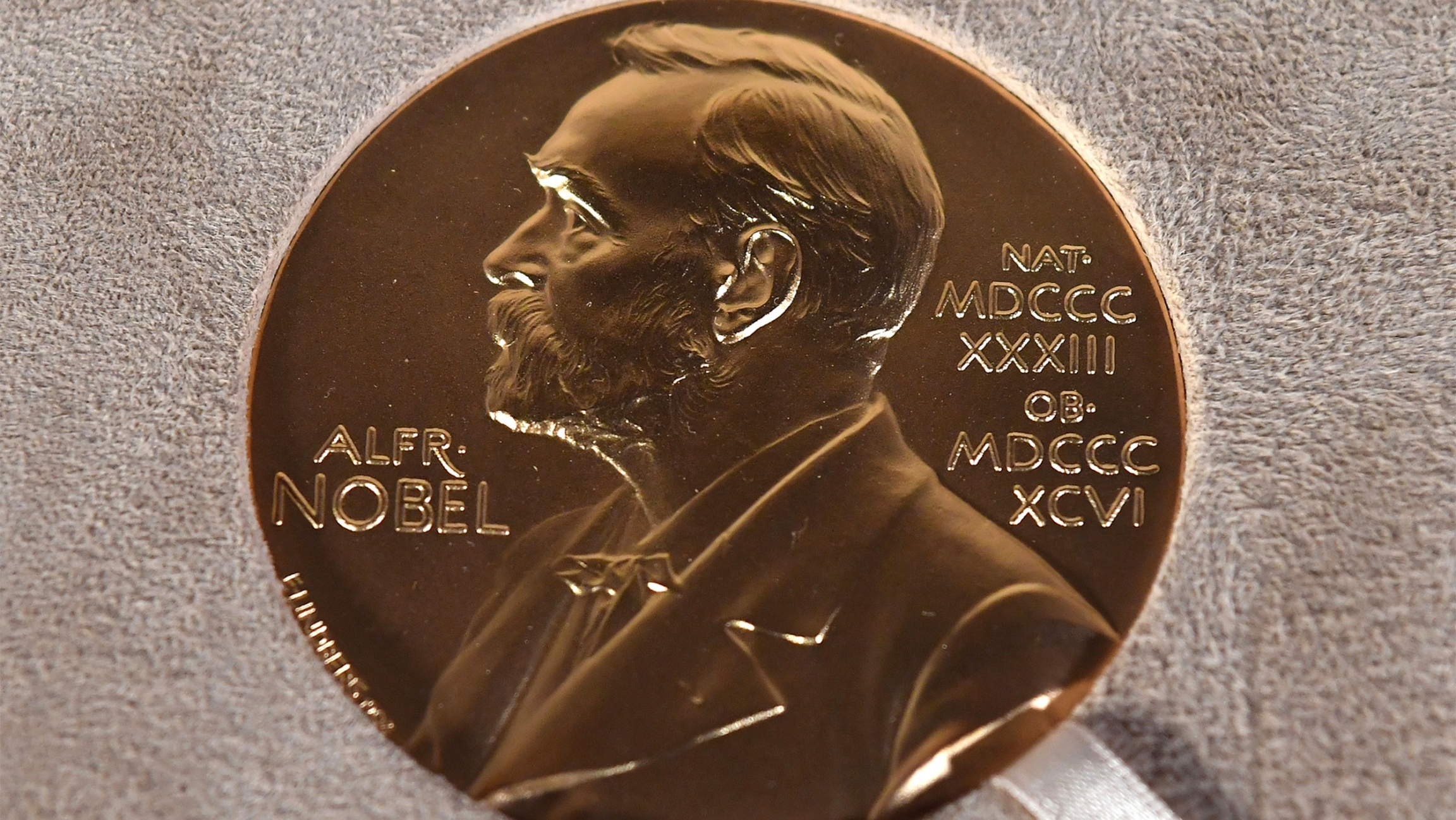 Photo of a Nobel medal displayed during a ceremony in New York, Oct. 7, 2021. 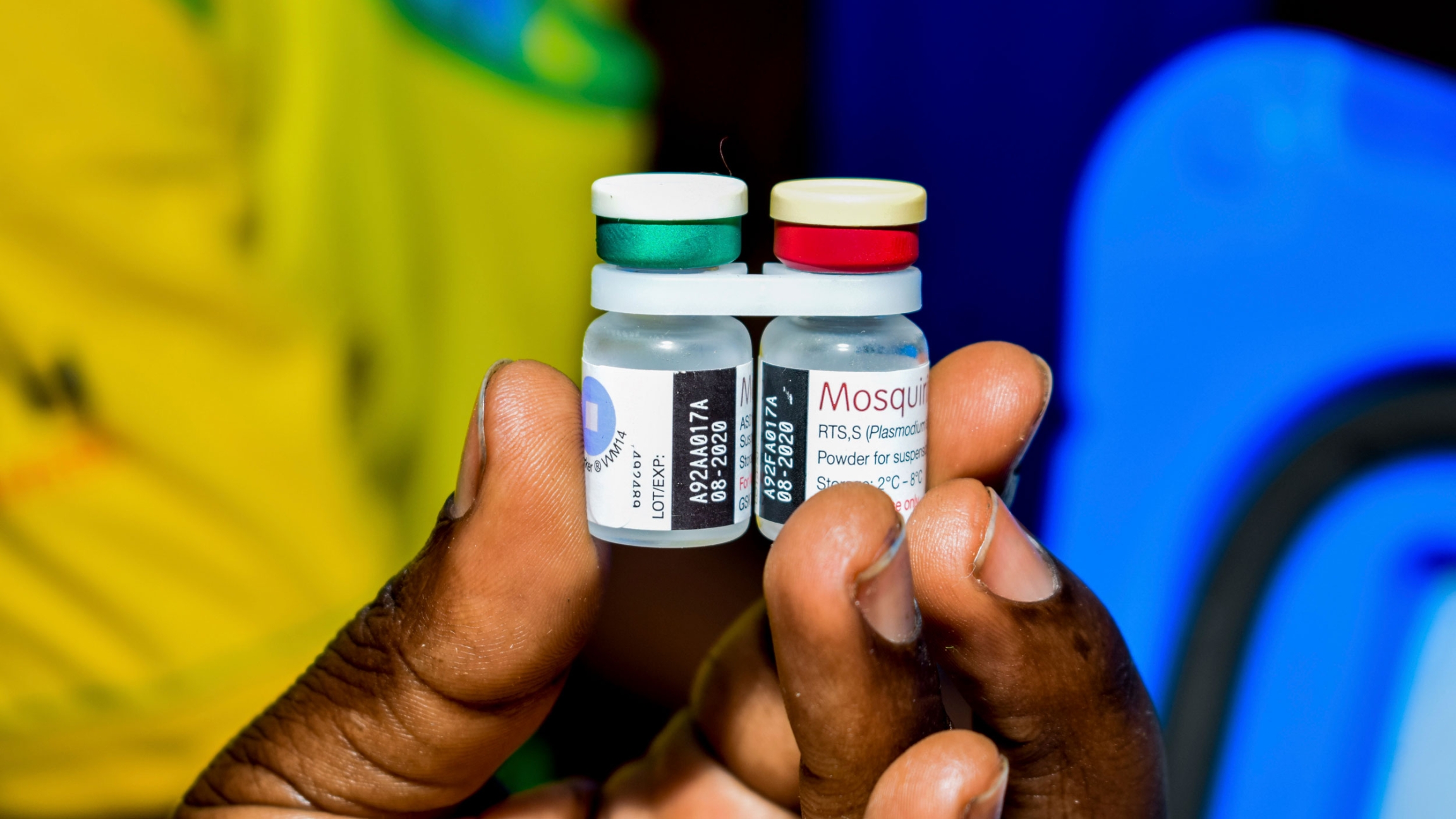 The World Health Organization announced on Wednesday that a vaccine against malaria has been found to be safe and effective — including for kids, who account for the vast majority of malaria deaths. And for decades, an international network of clergy sexual abuse survivors and their advocates have been pushing for more accountability within the Catholic Church. We hear from accountability experts about how an inquiry in France may reverberate worldwide. Also, 14% of endangered coral reefs were lost between 2008 and 2019. But one oceanic expert says there’s still room for hope in conservation.