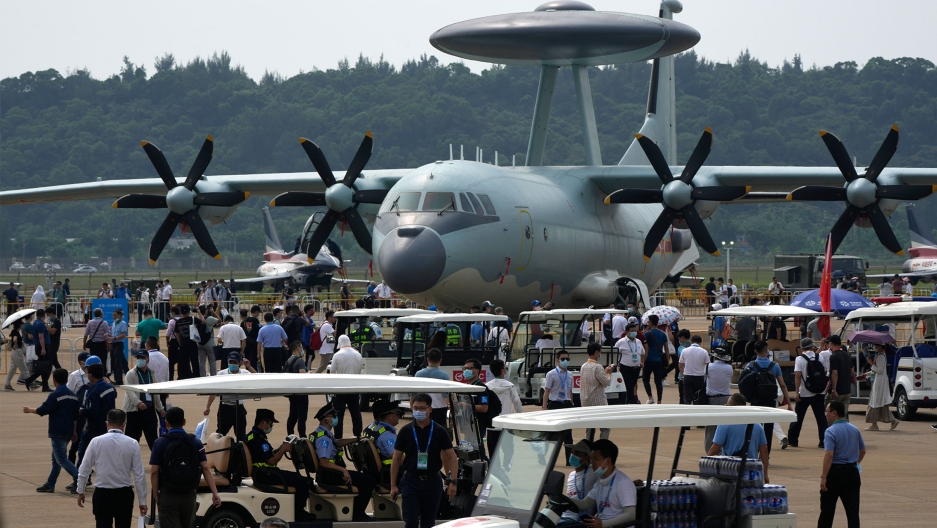 China-Taiwan
Over the last four days, the Chinese military has sent dozens of fighter jets and bombers hurtling toward Taiwan in a provocative daily show of force. China's People's Liberation Army flew a record 149 flights over international airspace, prompting Taiwanese defense forces to scramble in response. The move has raised fears of a misstep that could provoke an unintended escalation. The US has also stepped up naval maneuvers in the Indo-Pacific with its allies, challenging Beijing's territorial claims in critical waterways. Taiwan is a self-ruled democracy with its own military forces. China, however, sees Taiwan as a breakaway province that must one day come under its control. Taiwan's leaders are warning of "catastrophic" consequences if the island is allowed to fall under the control of China's authoritarian, one-party state. Why is China taking these actions now? The World's Patrick Winn explains. 🎧

Australia-Papua New Guinea
Australia has announced that it will stop sending asylum-seekers to Papua New Guinea for processing by the end of the year, ending an eight-year controversial policy. Papua New Guinea is one of two countries paid by the Australian government to hold asylum-seekers and refugees attempting to reach Australia by boat. About 1,000 men were detained in PNG's Manus Island at its peak. Now, nearly 120 people remain at the country’s capital of Port Moresby. Some had their asylum application refused or are awaiting resettlement in a third country, including the United States. The closing of the detention center in PNG will leave the Micronesian country of Nauru as Australia’s sole regional processing center.

Germany
The New York-based group that handles claims on behalf of Jewish people who suffered under the Nazi regime, the Conference on Jewish Material Claims Against Germany, announced that Germany agreed to extend compensation to survivors who have not yet received compensation, including 4,500 Jews who survived the World War II siege of Leningrad. The survivors, who are primarily in Israel, but also in North America, the former Soviet Union and Western Europe, will start receiving a lifelong monthly pension of $435 retroactively from July onward. These coompensations are part of $767 million in benefits for Holocaust survivors secured by the Claims conference. 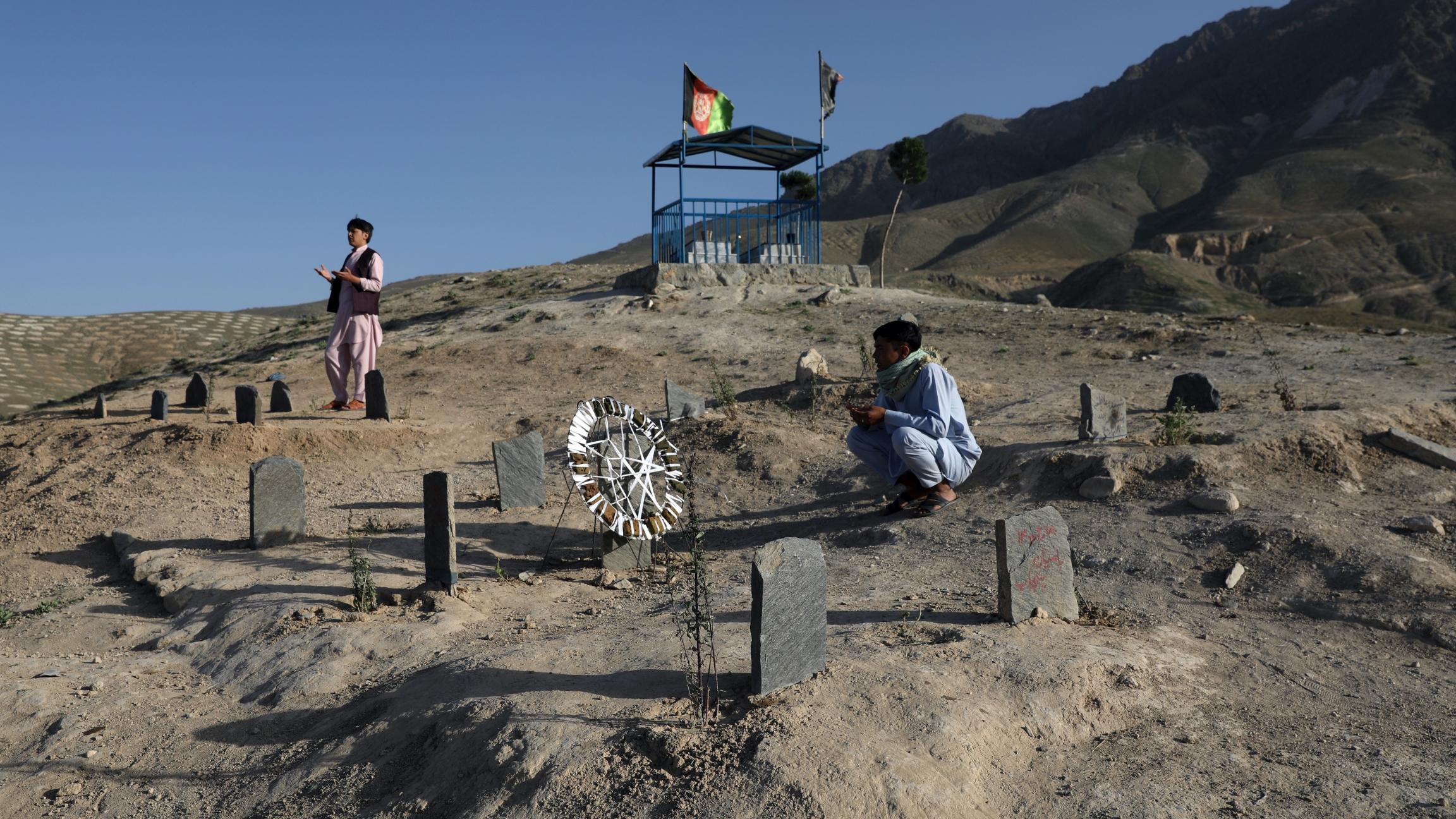 Afghan men pray near the grave of their relatives killed in bombings near Syed Al-Shahada School last month at a cemetery on the outskirts of Kabul, Afghanistan, June 2, 2021.

Members of the Hazara ethnic group in Afghanistan have faced discrimination and violent attacks for a long time. Under the new reality of Taliban rule, things appear to be getting worse.

US credibility on climate on the line in Washington 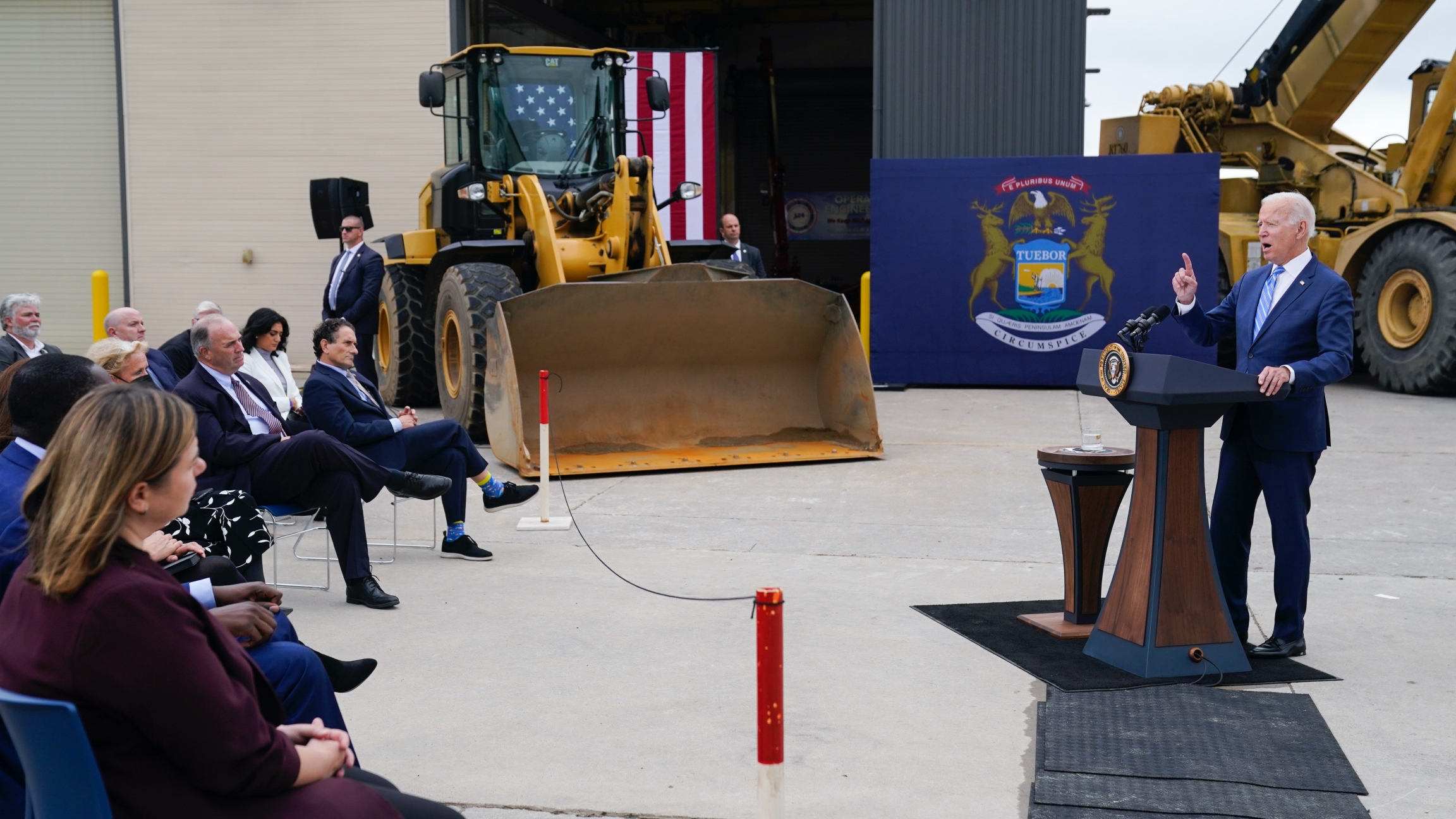 President Joe Biden delivers remarks on his "Build Back Better" agenda during a visit to the International Union Of Operating Engineers Local 324, Oct. 5, 2021, in Howell, Michigan.

The biggest climate change legislation ever proposed in the US is now in limbo. It's designed to help the US meet its targets set under the Paris climate accord to cut greenhouse gas emissions in half by the end of the decade.

Here's a heart-warming tale of a man who taught people to read. 📚

Brazilian philosopher and educator Paulo Freire had an idea about 60 years ago: teach 300 people in a poor, remote town in Brazil to read in just 40 hours of classes. His experiment went on to become hugely influential around the world in understanding education as a tool for transformation. Now a new documentary called "A is for Angicos" by Catherine Murphy takes a look back at Freire's pioneering social justice work. 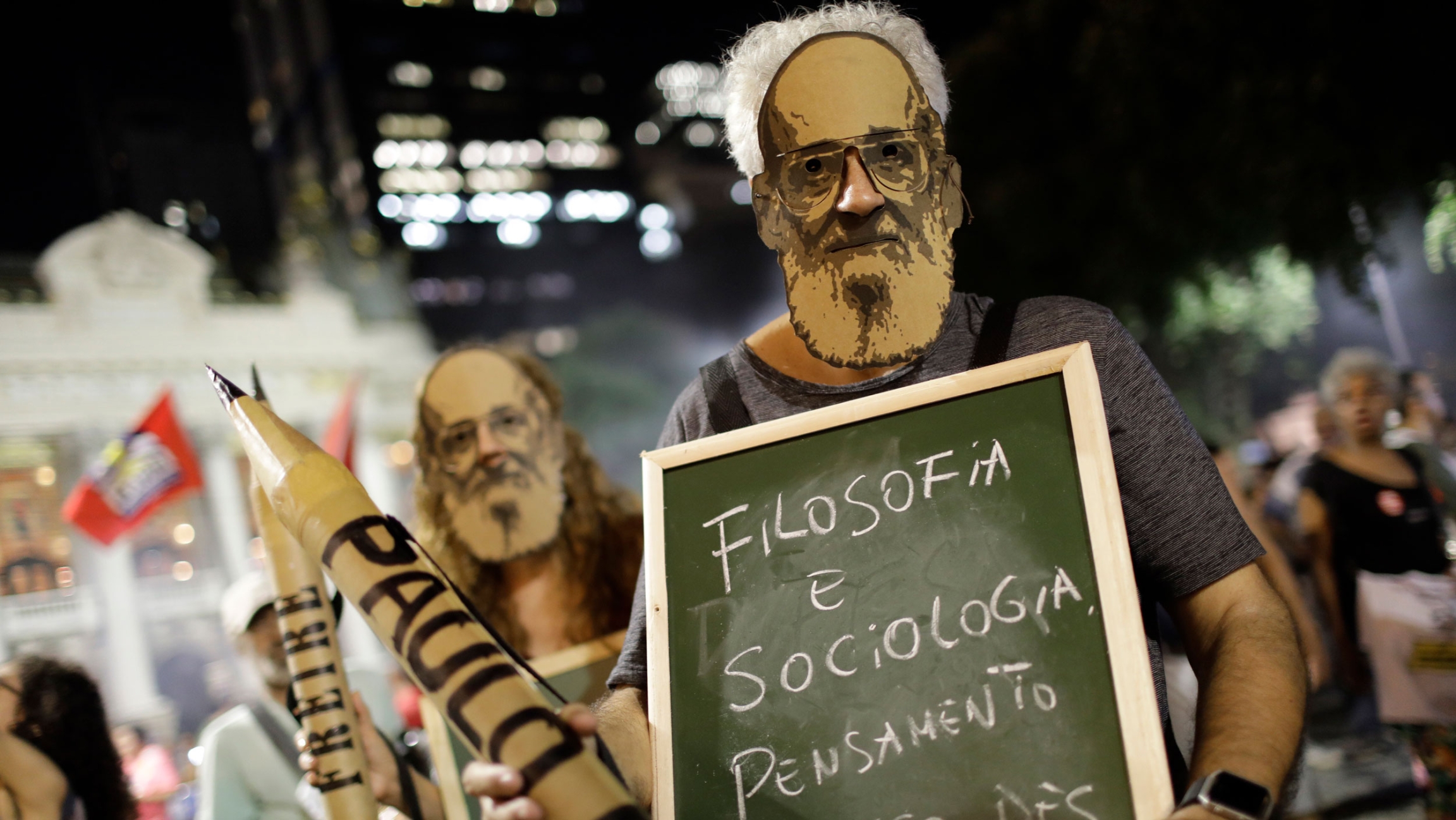 People wear masks of Paulo Freire during a protest against a massive cut in the education budget imposed by the administration of Brazilian President Jair Bolsonaro at Cinelandia square, in Rio de Janeiro, Brazil, Thursday, May 30, 2019.

Catholic Bishop Eric de Moulins-Beaufort, president of the Bishops' Conference of France, attends the publishing of a report by an independent commission into sexual abuse by church officials, Oct. 5, 2021, in Paris.

The Bishops' Conference of France has released a report documenting more than 300,000 cases of child sexual abuse within the French Catholic Church. The independent commission is the first of its kind anywhere in the world. Also, El Salvador's citizens have faced multiple traumas in the past decades: war, gang violence, natural disasters and now, COVID-19. We hear from a group of ambulance workers in El Salvador about how they cope with daily tragedies with few mental health providers in the country. And the recent Facebook outage impacted small businesses around the world. Hear about how the outage disrupted a grocery delivery business in Accra, Ghana, and what is being done to prepare for future outages.