When California-based visual artist and filmmaker Alison O’Daniel was in her mid-20s, she wrote a list of words to express how she experiences sound.

“Like a simultaneous combination of confusion, frustration, a psychedelic kind of experience —  a sensitivity,” she said.

Related: Artist Christine Sun Kim on 'deaf rage' and the power of sound

O’Daniel has worn hearing aids since she was 3. The ones she has now are digital, and sometimes they give her a heightened sense of sound: A car engine hum becomes earsplitting.

“Within daily experiences of frustration, and I do a lot of compensating, there's also this kind of radical, heightened attention,” O’Daniel said. “And that mix, I find just fascinating.”

O'Daniel has spent most of her art career focused on recreating those jarring sounds.

“There is something really rich for me, particularly, to work with bad acoustics because it sort of renders my audience hard of hearing, which is a connecting point for me."

“There is something really rich for me, particularly, to work with bad acoustics because it sort of renders my audience hard of hearing, which is a connecting point for me,” she said.

O’Daniel might have found her most ideal setting in the art space Kunsthalle Osnabrück in northwest Germany. Her solo show, “I Felt People Dancing,” opened in June at the communal art venue, which is housed in a former Dominican church, first built in the town of Osnabrück in the late 1200s. The show is staged where congregants gathered to worship centuries ago. 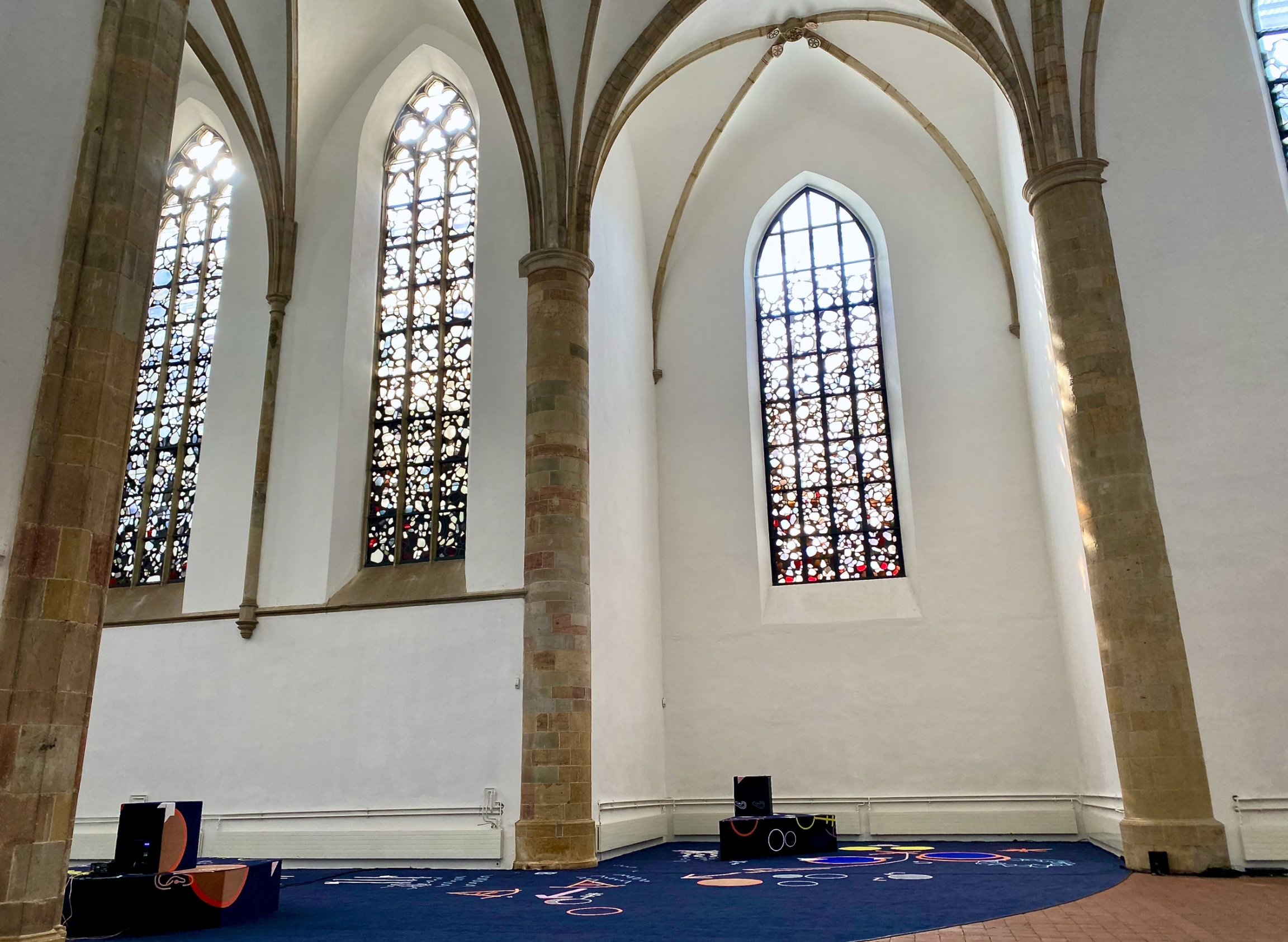 The structures that once provided its acoustic glory — like the pulpit and choir loft — are gone. What remains is a cavernous room with high, curved ceilings and stone columns. O’Daniel said the sound is unpredictable, bizarre even, and changes as you move around — similar to how she hears, she said.

“You could hear really well and then all of a sudden, you wouldn't be able to hear, and then things bounce off the walls in strange ways.”

Sound is pumped into the room by three 18-inch subwoofers scattered around the space and positioned in ways that might make a sound engineer cringe, like facing a wall from a few feet away. The cords and cables connecting everything are left exposed.

“I wasn't interested in hiding the source of moving all the sound around,” O’Daniel said. 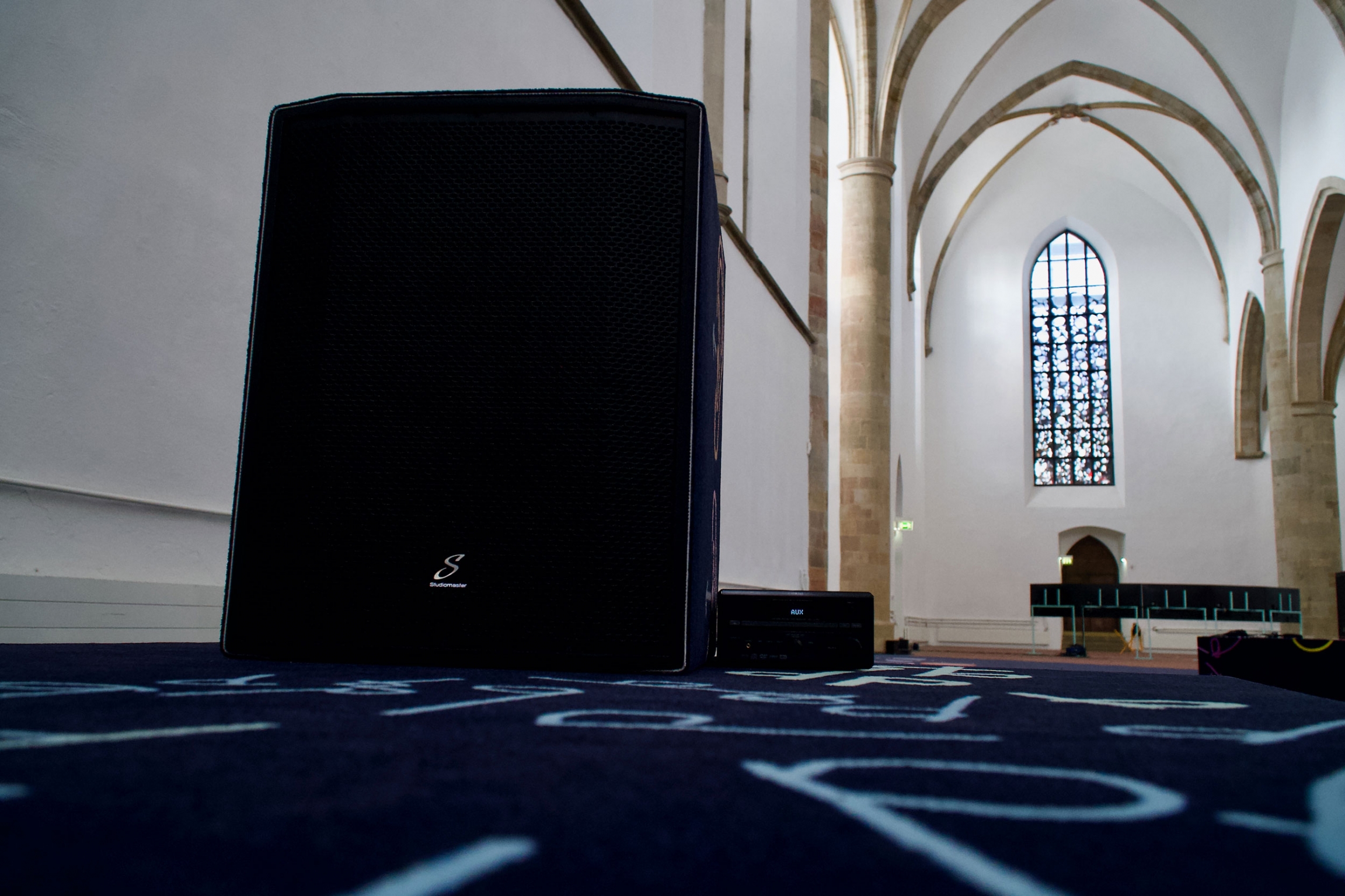 An up-close image of a speaker in Alison O'Daniel's art exhibit, "I Felt People Dancing."

Related: Bringing down barriers for travelers with disabilities in Korea

The speakers play sound from five flat-screen TVs stationed where the pews used to be. The TVs feature scenes from a film O’Daniel made called “The Tuba Thieves,” about a Deaf woman who receives a drum kit.

“There's only the deepest register of the sound from the videos … and there's sound delays, and then the sound from all five videos is like crashing in on one another,” O’Daniel said. “Some of the speakers get pushed to a max.” 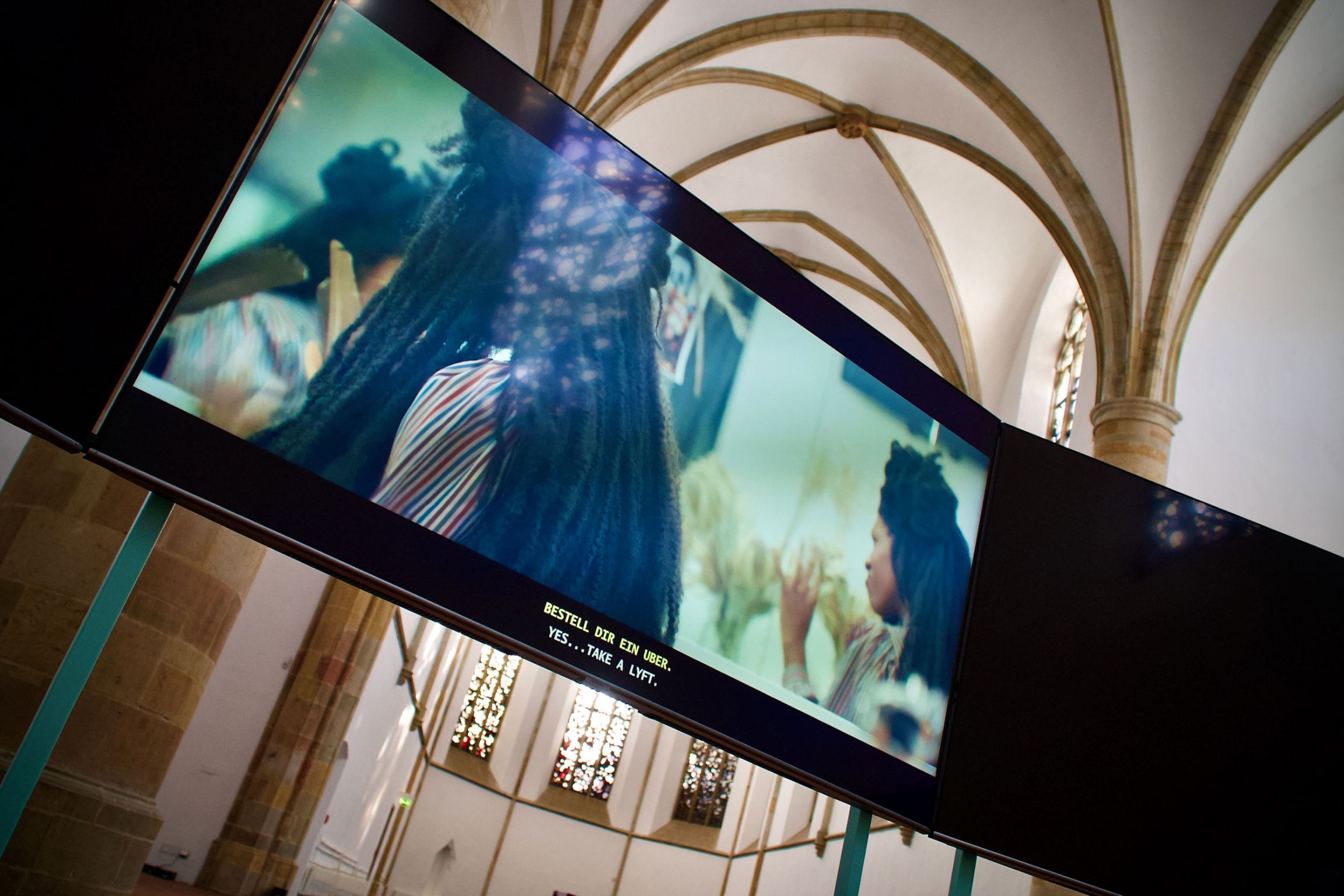 A video installation appears in the the exhibit, "I Felt People Dancing," by Alison O'Daniel.

Kunsthalle Osnabrück co-director Anna Jehle said that when she and her team discovered O’Daniel’s work, they thought it was “perfect” for this space where “the sound is confused all the time.”

Every year, Jehle and her colleagues choose an annual theme, and this year's theme is accessibility.

“In German, [the theme of the show] is actually much more beautiful, it's barrierfreiheit, which means, like, 'barrier freedom.' ... And then the question is like, whose freedom are we actually talking about? So, whose freedom is the norm?”

“In German, it's actually much more beautiful, it's barrierfreiheit, which means, like, 'barrier freedom,'” Jehle said. “And then the question is like, whose freedom are we actually talking about? So, whose freedom is the norm?”

They approached the theme from a variety of perspectives: sexism, racism, classism, ableism — anything that might be used to exclude someone.

The idea came from the group’s reflection on who might be left out of programming at the Kunsthalle, Jehle said, and this season’s work is already informing how they’ll curate future shows.

“I naively believe that art can give another perspective on community,” she said. “I believe it would be beautiful, if many people could experience it. And it's not that people don't want to or are not interested. It’s because they actually haven't been invited.”

Two residents who are Deaf or Hard of Hearing from the town of Osnabrück, Germany, are represented in O’Daniel’s show.

Due to the COVID-19 pandemic, O'Daniel wasn’t able to visit the art center before designing the installation, so the Kunsthalle found two volunteers to “come in and basically be my surrogate ears and listen to the space for me,” O’Daniel said.

The volunteers documented what the space felt and sounded like through written notes and symbols, using squiggly lines and arrows. These notations were then blown up and printed on a large carpet that blankets part of the space. 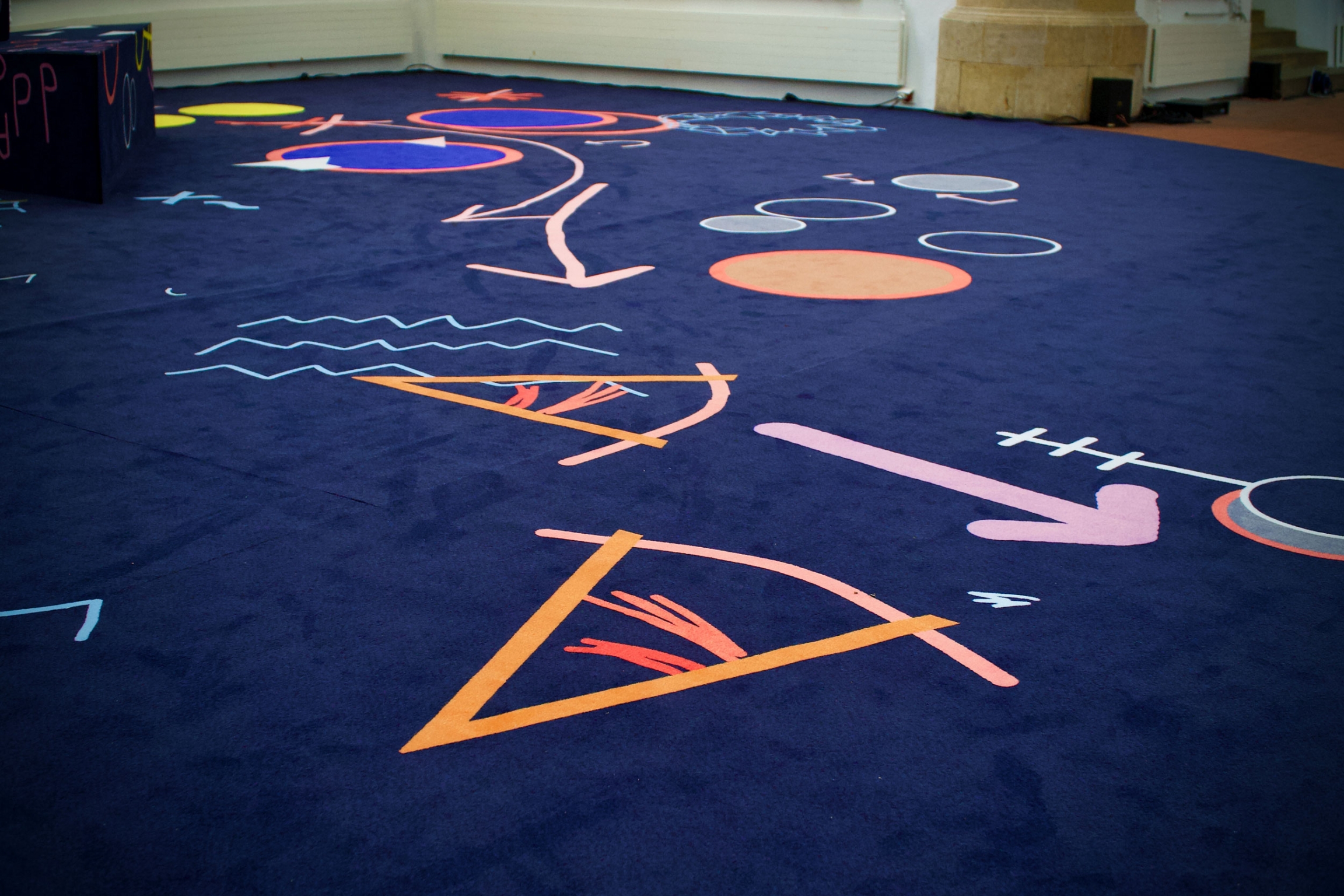 An up-close image of squiggles and shapes are notes to describe the sounds in the exhibit, "I Felt People Dancing," by Alison O'Daniel.

“One of them had this one note that said, ‘I felt people dancing,’ and that's where the title of the show came from,” she said.

O’Daniel is not sure what made the volunteer write that down — and she doesn’t need to know.

“Because there is this thing about my hearing where I'm constantly wrestling with this missing information. And so I didn't feel like I needed to know what every symbol meant,” she said. “I found that really beautiful.”

“I Felt People Dancing” runs through Oct. 3, 2021, at the Kunsthalle Osnabrück in northwest Germany.