Mohammed Ammar, 23, works at a lively cell phone repair shop on a bustling street in a largely Syrian district of Istanbul.

Quieter than his coworkers and dressed more formally, Mohammed Ammar takes his job seriously, because he knows how hard it is to find one. In the past three months, five of his friends got so desperate for work, they decided to return to Syria, a country they fled years ago.

“The pandemic affected [my friends'] decision [to leave Turkey.]  ... When they left, they had no money to live.”

“The pandemic affected their decision,” said Mohammed Ammar, who asked not to use his last name because he is living with a temporary protection residency in Turkey. “When they left, they had no money to live.”

Related: Drought in Iraq and Syria could collapse food system for millions

These are the tough choices that millions of Syrians are wrestling with around the world.

After 10 years of civil war, Syrian President Bashar al-Assad remains in power, controlling vast swaths of the country with an iron fist. Other parts of the country are controlled by largely Kurdish militias and opposition fighters backed by Turkish forces.

In Turkey, the COVID-19 pandemic was hard on Syrians, Mohammed Ammar said.

Many find informal work for less than minimum wage, or in the service sector, and some lost their jobs when Turkey went under lockdown. While many Turkish citizens had some measures of protection from the government or financial aid, many Syrians did not.

Related: She survived a chemical attack in Syria 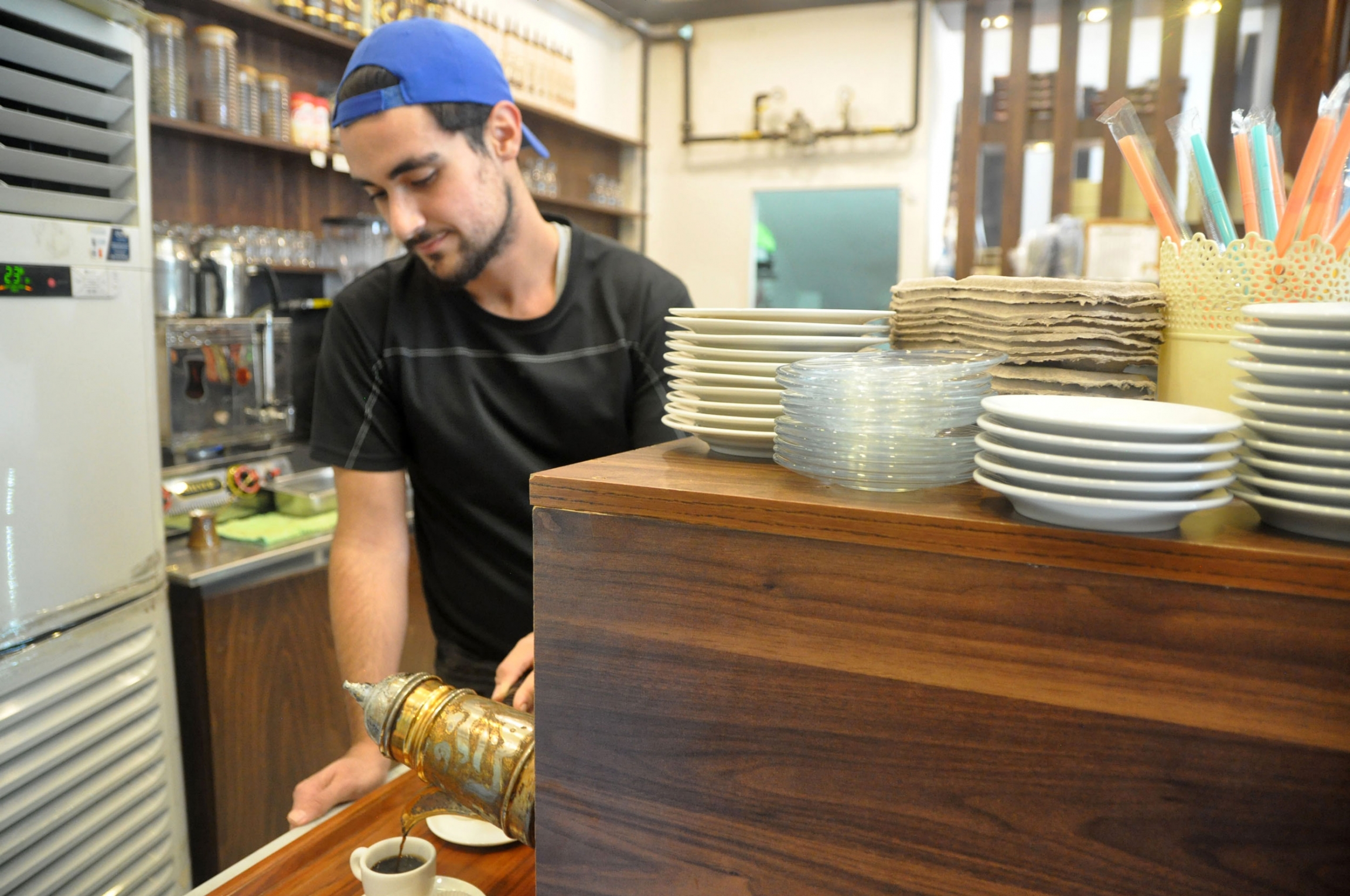 A worker pours a cup of strong coffee at a Syrian sweet shop in Istanbul. Unemployment rates in Turkey are high, and the pandemic affected Syrian workers particularly severely.

His five friends returned to different parts of the country, but all found themselves in increasingly dire circumstances with food and fuel shortages and few job opportunities. Now, finding themselves in a country with rising food prices that outpace any potential earnings, they regret their decision to go back.

He worries about them.

“Now they regret their decision,” Mohammed Ammar said. “They can’t make it there. Life is so difficult, and they want to come back to Turkey again.” 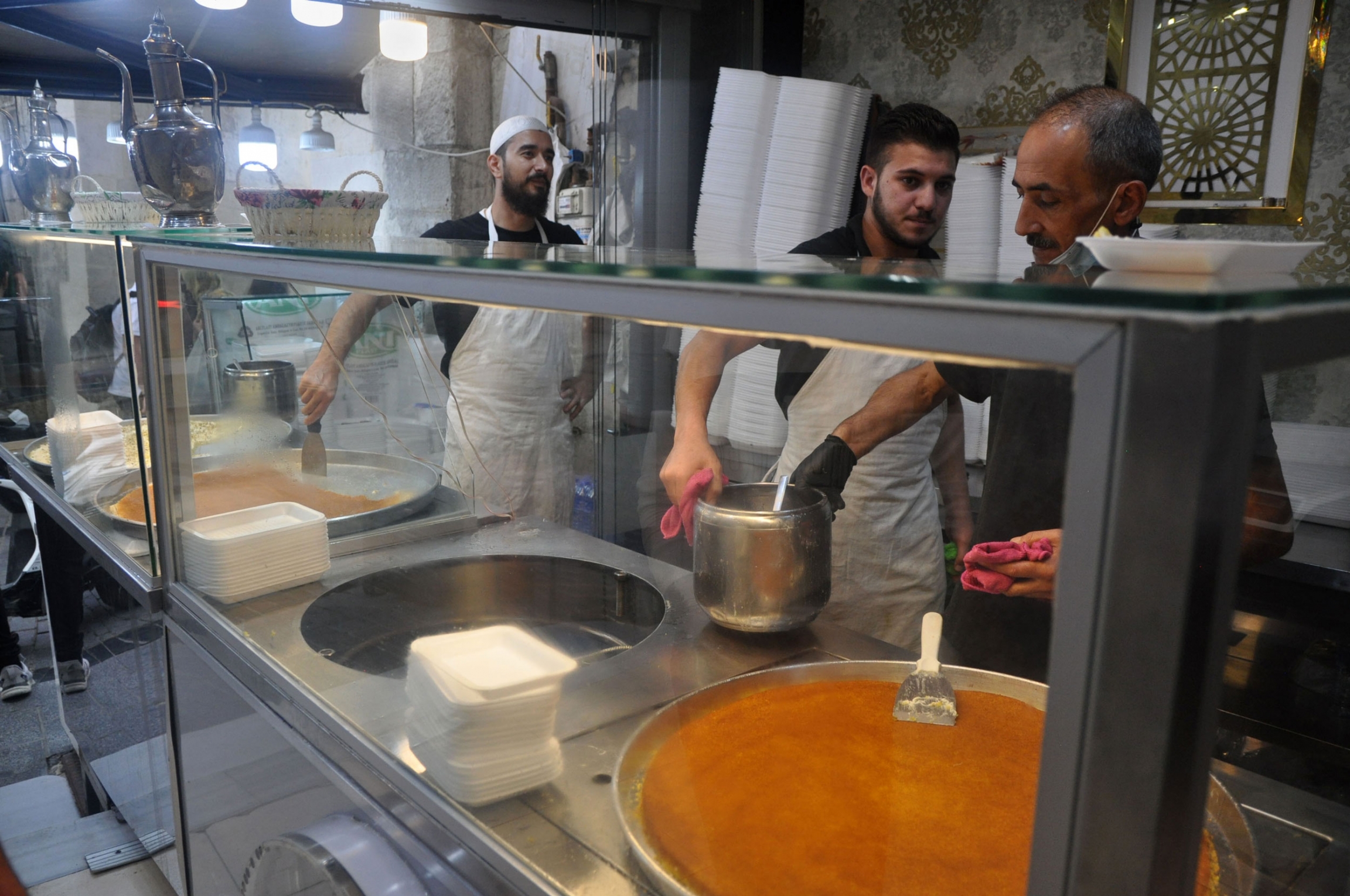 Workers help a customer at a Syrian dessert shop in Istanbul.

Despite these challenges, several foreign governments are actively encouraging  — and sometimes forcing — Syrian refugees who live within their borders to return to the war-torn nation.

In Lebanon, raids on refugee camps and mass arrests make life so unbearable that “voluntary” returns can hardly be classified that way, human rights groups warn. In Denmark, the government has revoked residence permits from some Syrians, because it believes the Syrian capital Damascus is safe. The Turkish government has also been accused of deporting Syrians to northern Syria since 2019.

Refugee returns are a popular rallying cry among nationalist voters in Turkey, where 3.7 million Syrians are registered as refugees.

The Turkish government claims that 450,000 Syrian refugees have already returned to Syria from Turkey — a number that does not include the high numbers of people who return again to Turkey after staying in Syria. (The UNHCR puts the number of voluntary refugee returns to Syria from all countries at approximately 282,000.)

Polls show that Turkish voters do want Syrian refugees to return — and politicians are capitalizing on these sentiments.

Turkey’s main opposition leader, Kemal Kılıçkaroğlu, has pledged to facilitate the return of refugees to Syria within two years if his party comes into power.

“I am not a racist. I am not angry at the people who came here, but at the people who made them come here,” Kılıçdaroğlu said on Sept 2. “Everyone should go to their country and live there in peace. They can receive humanitarian assistance there.”

Related: Fighting in Syria has subsided. But refugees in Lebanon still hesitate to return home. 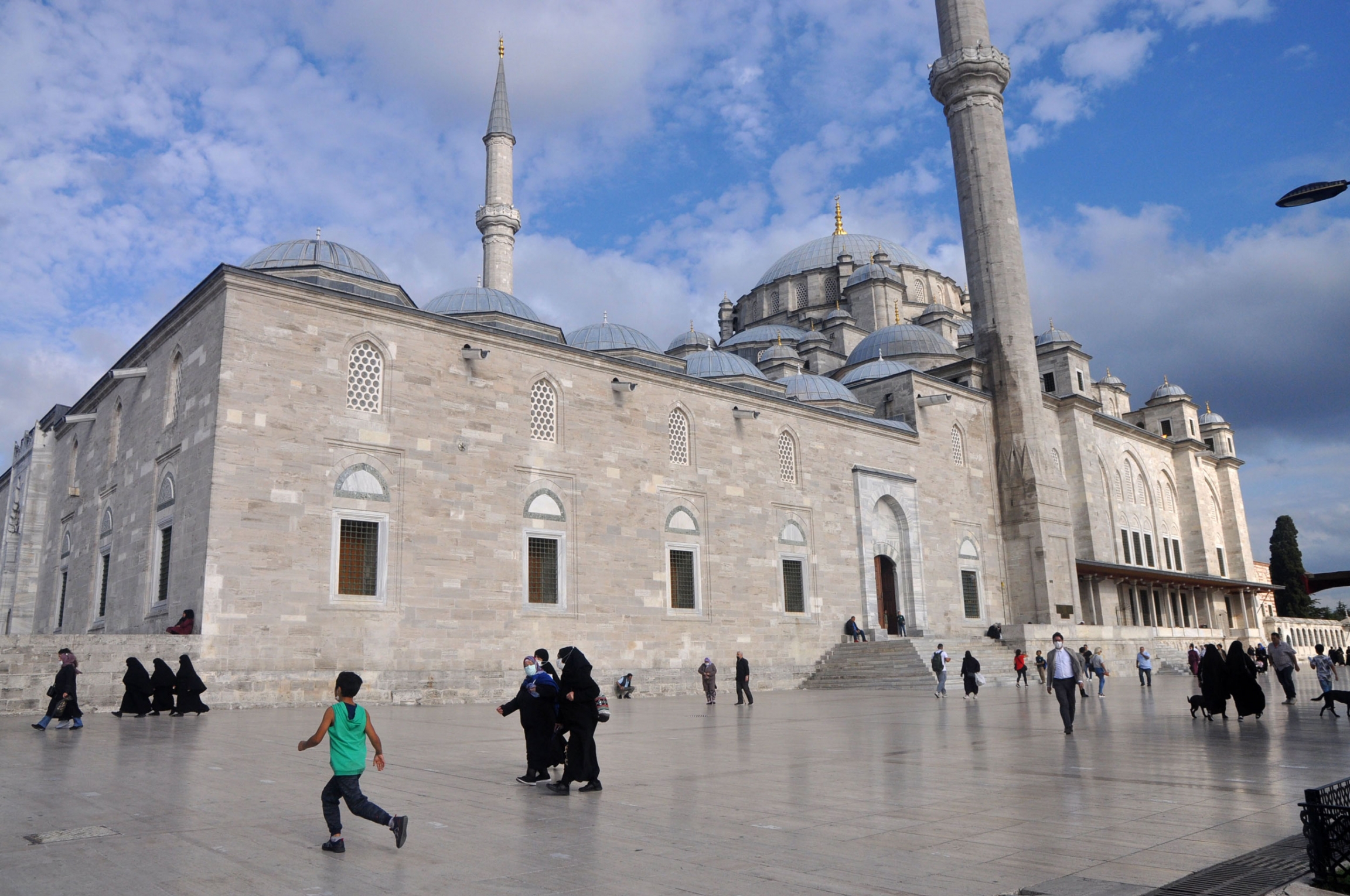 The grounds of the Fatih Mosque, first built in the 15th century, serve as a popular community space for the Syrian community

Aid groups, however, warn that returning to Syria is a dangerous prospect.

“There has been a tendency to think that the war is over, that some parts of Syria are safe to return, and that refugees can return and go home. But that’s premature.”

“There has been a tendency to think that the war is over, that some parts of Syria are safe to return, and that refugees can return and go home,” said Marie Forestier, a refugee and migrant rights researcher for Amnesty International. “But that’s premature.”

In a new report titled, “You’re Going to Your Death,” Forestier followed the cases of 66 Syrians who returned to Syria over the past four years. These returnees, she explained, were detained at border checkpoints, interrogated and accused of being terrorists. In one particularly horrific case, a woman and her 5-year-old daughter were raped by intelligence officials.

“We believe these are not isolated and exceptional cases,” Forestier said. “People have returned to different areas, going through different border crossings and they have been abused in different intelligence centers.”

These risks don’t stop at the border, added Haya Atassi of the Syrian Association for Citizens' Dignity in Beirut. Young men who return can be pressed into military service. The regime is known to detain people it suspects of dissent — and also their family members. Even routine government services can put you at risk, because all returnees are seen by the Syrian government as traitors to the state.

“You cannot rebuild your house [in Syria] unless you get a security clearance from Syrian intelligence. And when you go and apply for this clearance, they would most probably know that you’re a returnee. So, they would detain you.”

“You cannot rebuild your house unless you get a security clearance from Syrian intelligence. And when you go and apply for this clearance, they would most probably know that you’re a returnee,” Atassi said. “So they would detain you.”

Even in areas not controlled by the Syrian regime, rampant inflation and an economy in tatters has left many unable to afford food and basic necessities, amid an ever-present threat of violence. 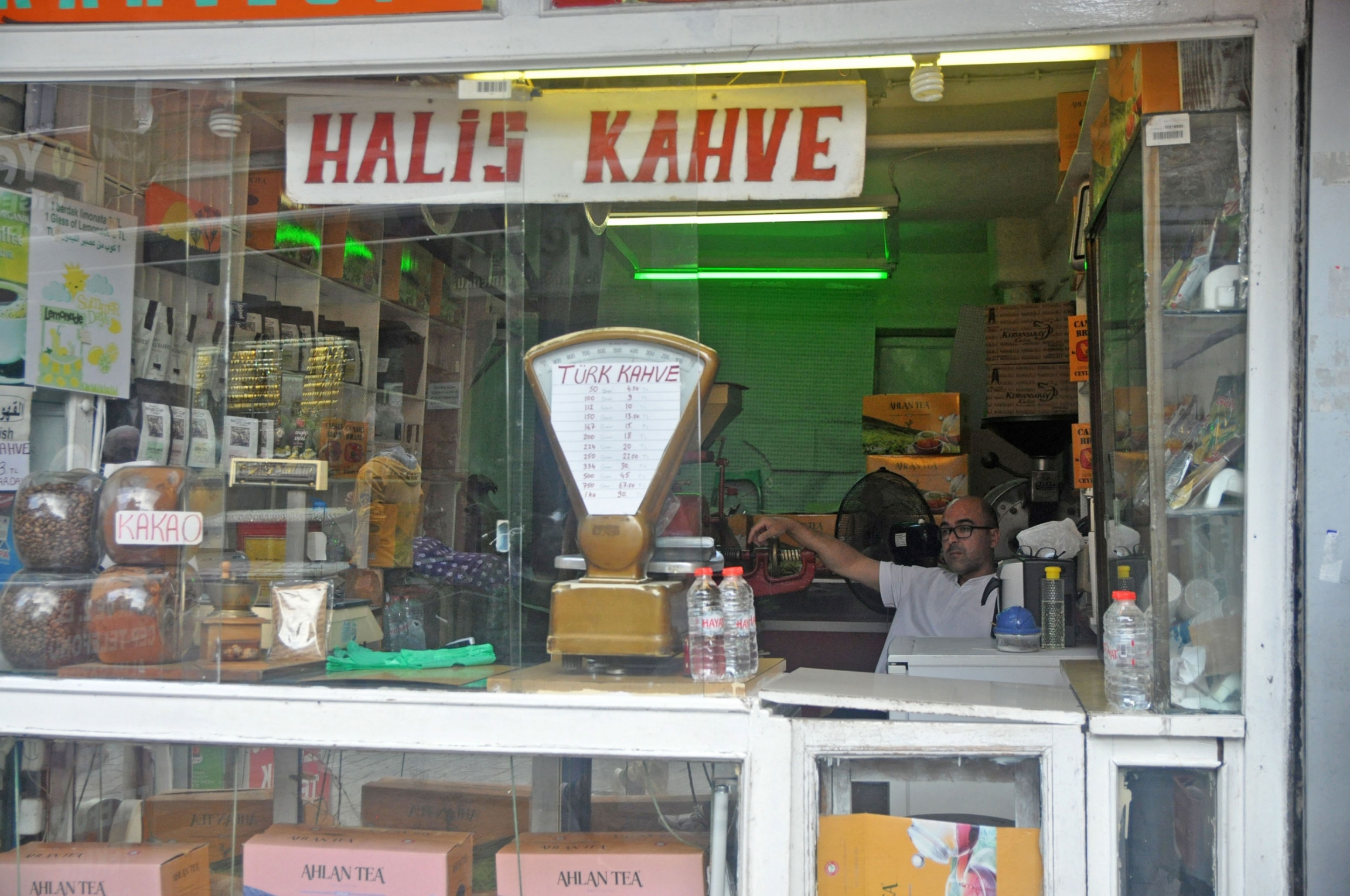 A Turkish coffee shop in a largely Syrian neighborhood of Istanbul.

Carving out a life

Meanwhile, millions of Syrians continue to carve out a life for themselves abroad. In Istanbul, a small Syrian grocery shop is stacked to the ceiling with canned goods. Jars of jam, made from kiwi, apricot and cactus fruit frame a display of marinating olives. A deli counter offers a selection of hummus, labneh and other familiar spreads.

Behind the counter, an employee named Hasan said he came to Turkey four years ago. Life here is expensive, and he’s never really been able to earn enough to settle down —  keeping him in a state of constant transition. But Hasan, who asked not to use his last name for security reasons, said he’ll never go back.

“There are Iranian militias, Hezbollah, the Russians [in Syria]… it’s like you’re going into the middle of a military base. You can’t go there.”

“There are Iranian militias, Hezbollah, the Russians… it’s like you’re going into the middle of a military base,” he said. “You can’t go there.”

When asked how he feels when Turkish politicians suggest that refugees return to Syria, a customer interrupted.

“It’s OK. Why are you being silent? Tell them it’s racism,” said Adil, a tour guide operator from Aleppo. He also asked not to use his full name, because he’s worried about repercussions from the Turkish government.

Adil said that he is actively preparing to move back to Syria. He misses those days when he brought tourists to the citadels, the old souks and the columns of ancient Palmyra. He speaks Turkish and owns a business here, but he’s a grandfather now. He wants to be somewhere that feels like home.