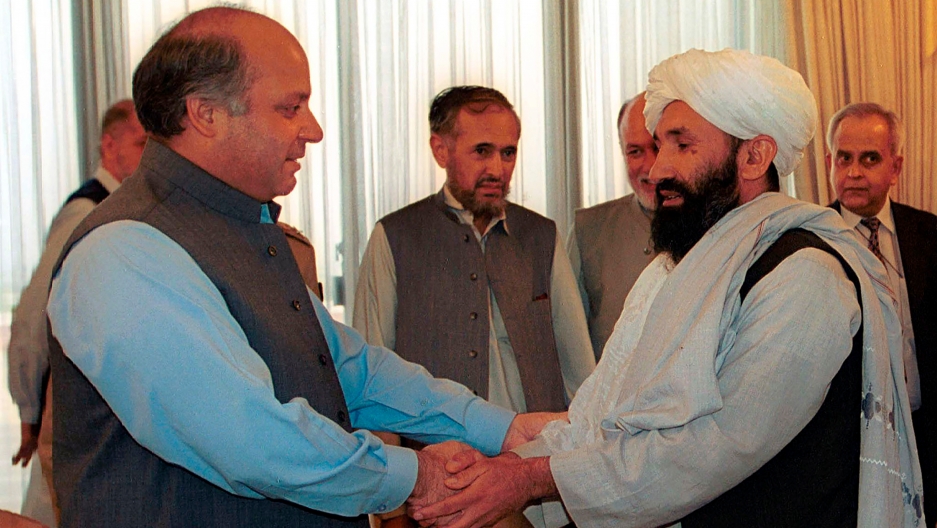 Afghanistan
The Taliban has announced a 33-member interim government for Afghanistan, weeks after taking control of the country. The appointments, all-male veterans from previous Taliban rule and the 20-year battle against the US-led coalition, were drawn from Afghanistan’s dominant Pashtun ethnic group. Muhammad Hassan Akhund, a close aide to the Taliban founder Mullah Omar, has been named as Afghanistan’s prime minister. Sirajuddin Haqqani, who headed the infamous Haqqani network blamed for deadly attacks in the country, and who is on the FBI’s most-wanted list, was named as interior minister. The US State Department said that the US has concerns over the background of some individuals and that the Biden administration would "continue to hold the Taliban to their commitments" to allow foreign nationals and Afghans with travel documents to leave the country.

France
The trial of 20 men accused in the 2015 attacks in Paris has started in a courtroom in the French capital and is expected to last for nine months. The ISIS attack, in which nine gunmen and suicide bombers attacked the Bataclan concert hall, the Stade de France football stadium and several restaurants, left 130 people dead and hundreds injured in the deadliest attack on French soil since World War II. Salah Abdeslam, the sole survivor of the ISIS cell, and whose brother was a suicide bomber that night, is the key defendant. Nineteen other suspects, including six who will be tried in absentia and five who are presumed dead, are accused of helping provide guns and vehicles to the group.

Mexico
Mexico’s Supreme Court ruled criminal penalties for terminating pregnancies as unconstitutional. The landmark, unanimous ruling, annulled provisions of a law from the state of Coahuila — which borders Texas — that made abortion a criminal act and left women vulnerable to being prosecuted for getting the procedure. In Mexico, abortion is allowed in cases of rape or when the mother's life is in danger, but it is severely restricted in all but four of the country's states. The Supreme Court decision could pave the way for the decriminalization of abortions across the country. 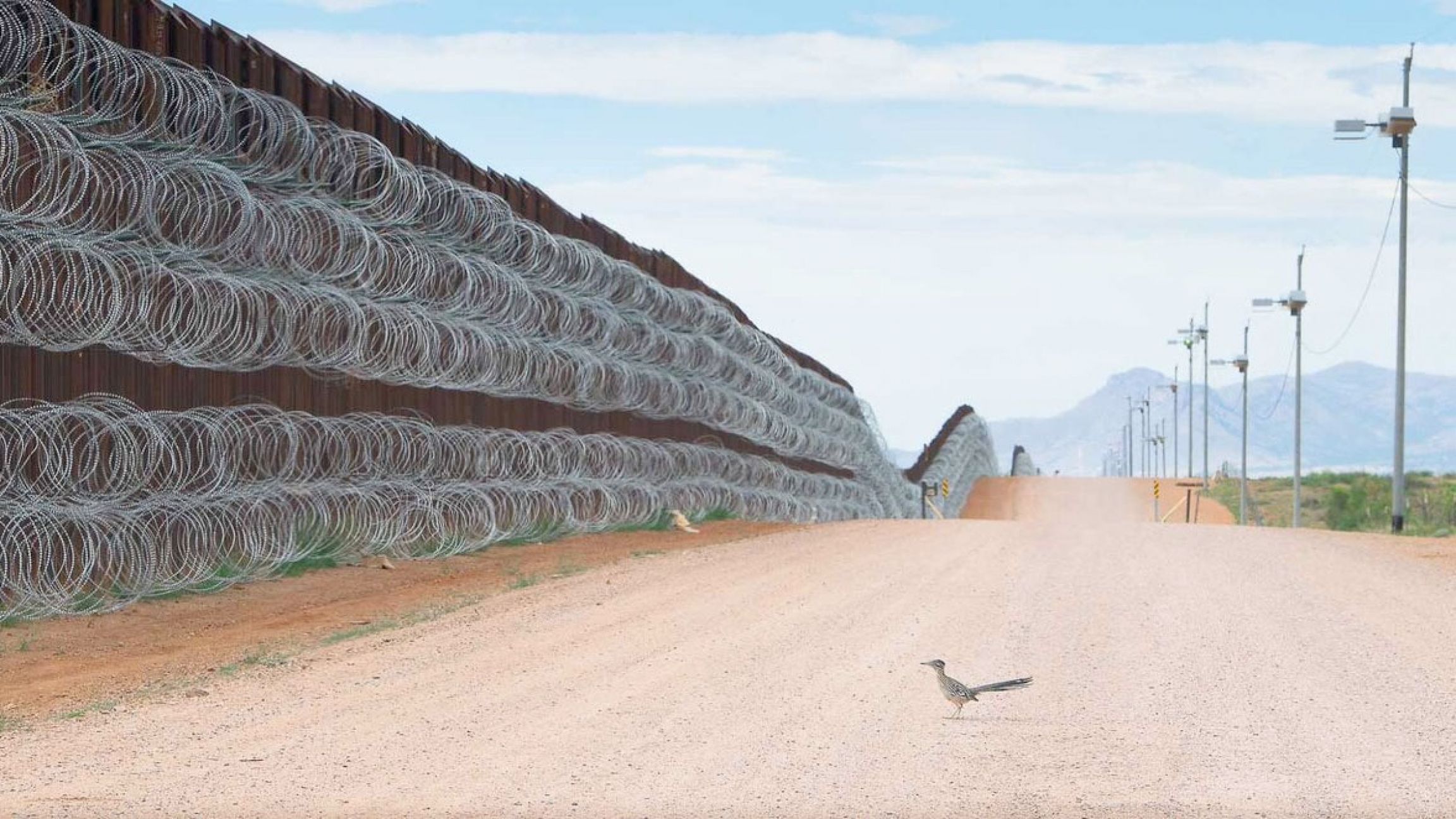 "Blocked" by Alejandro Prieto was named grand prize winner of the Bird Photographer of the Year competition 2021.

Mexican photographer Alejandro Prieto's image of a roadrunner bird, staring up at the enormous US-Mexico border wall, was just named the grand prize winner in the Bird Photographer of the Year competition. His captivating photograph highlights the threat to the delicate biodiversity and critical animal migratory patterns that the wall poses in the US-Mexico border region. 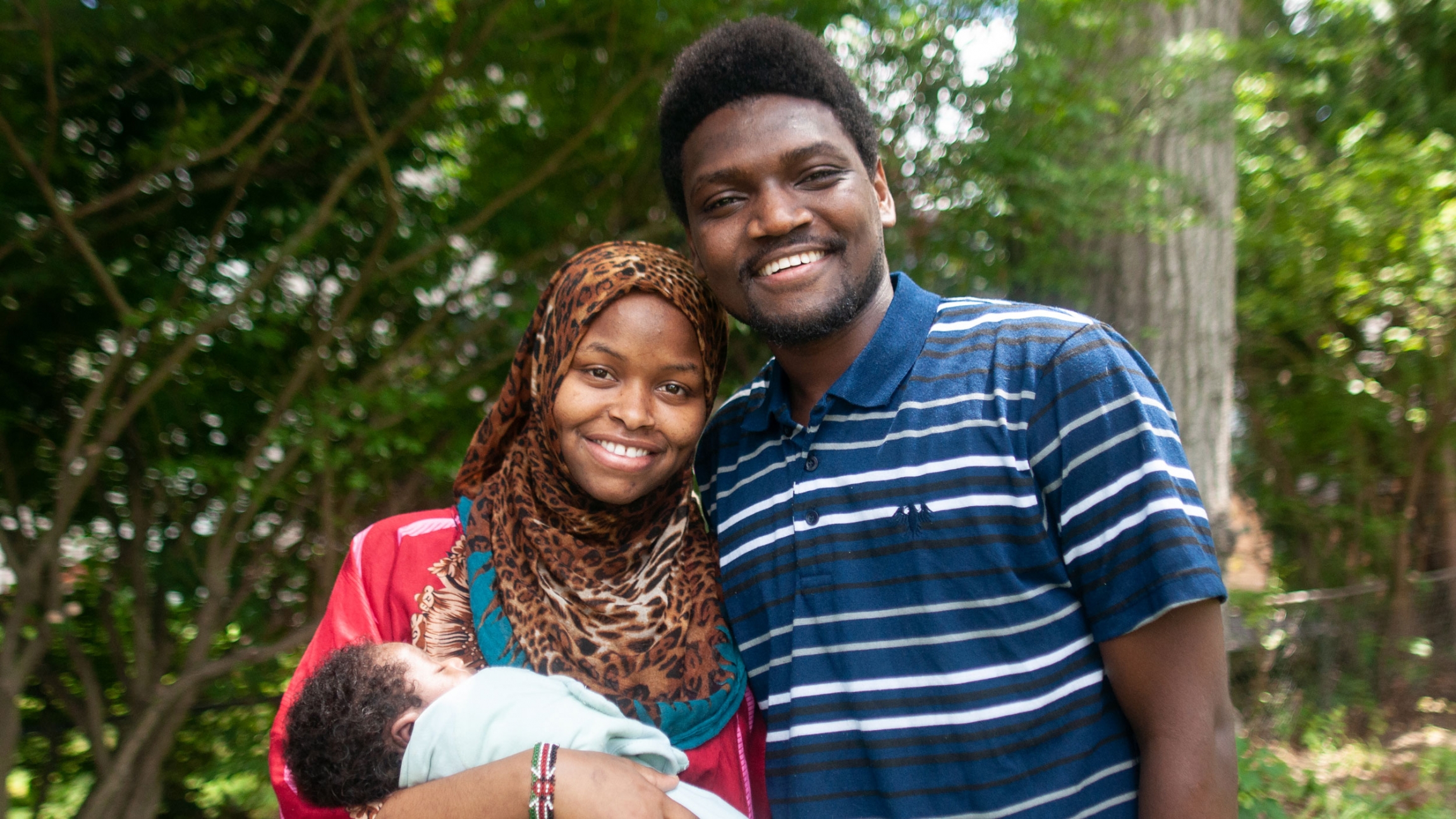 Rumbila Abdullahi and her husband, Ibrahim Abdi, hold their newborn son, Nabeel, outside their home in Springfield, Massachusetts.

Rumbila Abdullahi was born in a refugee camp in Kenya. Today, she’s on her way to becoming a doctor. In many ways, she was an outlier, and her school journey came with immense pressure to succeed.

Saturday marks two decades since the US-led invasion of Afghanistan that led to the fall of the Taliban. The group is now in power once again. Take a look at some powerful images of life in the war-torn country over the past 20 years: Two decades of war and daily life in Afghanistan 📸 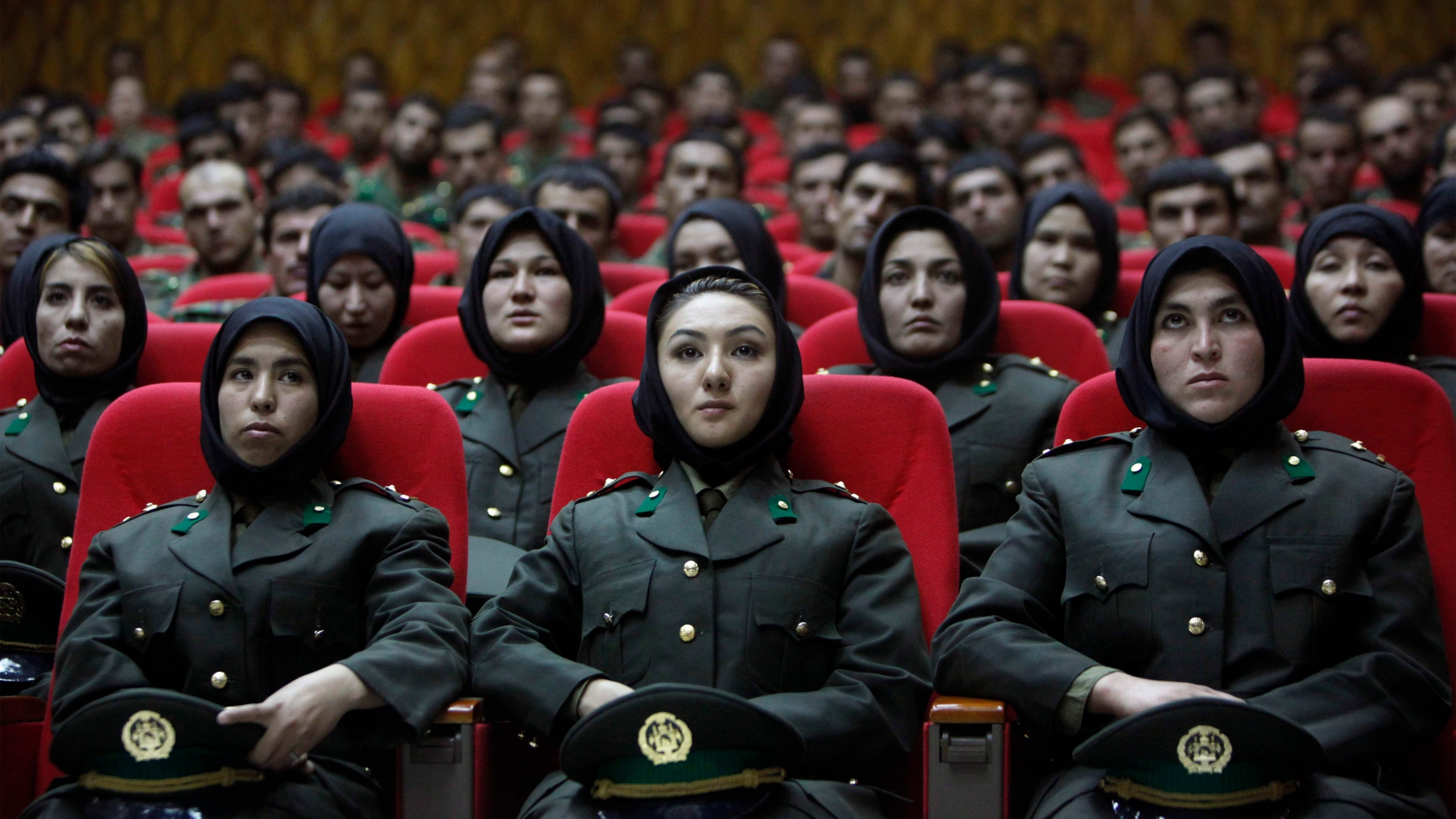 Newly trained female officers from the Afghan National Army sit in front seats as a new batch of officers attend their graduation ceremony at National Army's training center in Kabul on Sept. 23, 2010. 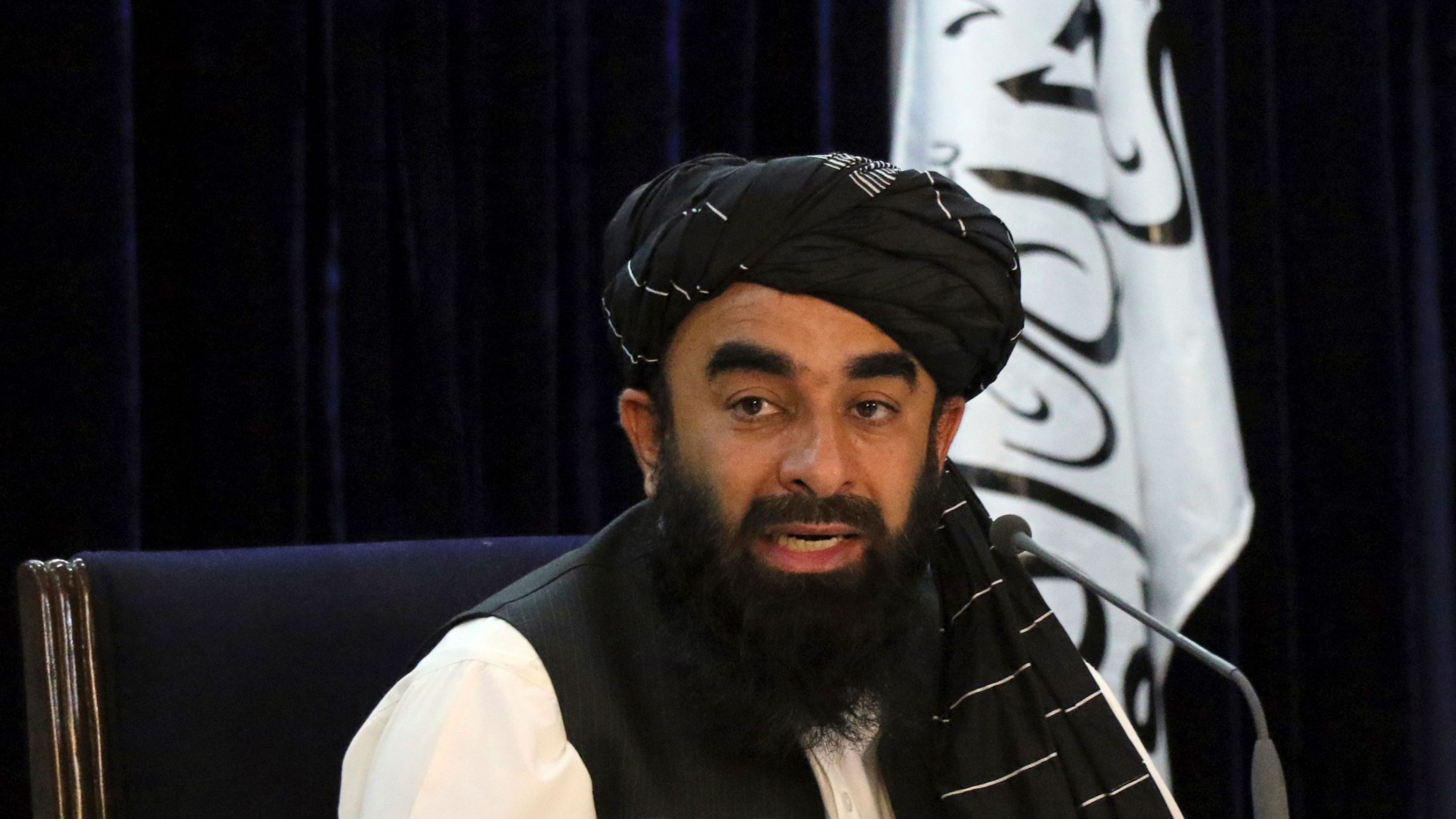 Taliban spokesman Zabihullah Mujahid speaks during a press conference in Kabul, Afghanistan, Sept. 7, 2021. The Taliban on Tuesday announced a caretaker Cabinet stacked with veterans of their harsh rule in the late 1990s.

The Taliban has announced choices for several interim positions in their new government. And, 20 years after 9/11, militant Islamists continue to be a threat, not just in Afghanistan, but across much of the world. Also, the coronavirus pandemic has changed a lot in the political landscape around the globe. One of its consequences is the growth of authoritarianism, or its tendencies, in a number of countries and regions.