The United States invaded Afghanistan along with allied forces in 2001 shortly after the 9/11 terror attacks and has been there ever since, before the impending withdrawal this year of the last American troops.

Photographers from the Associated Press, as well as other news organizations, have also been there every step of the way, documenting for the outside world the protracted conflict and occupation over the course of two decades, and now the unexpectedly chaotic departure as the Taliban swiftly reassert control over the country.

As is the case with any war, many of the images that emerged were of death and destruction, pain and suffering. 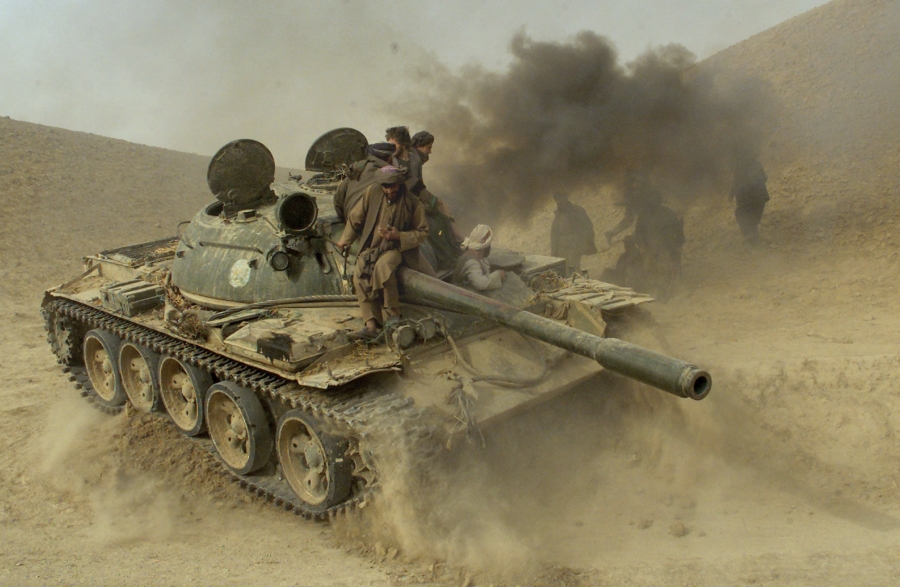 Defecting Taliban fighters maneuver a tank through the front line near the village of Amirabad, between Kunduz and Taloqan, on Nov. 24, 2001.

Aboard a helicopter on a medevac mission, two US Army soldiers treated a member of the Afghan National Army who was wounded by gunfire during an assault in the Taliban stronghold of Marjah. 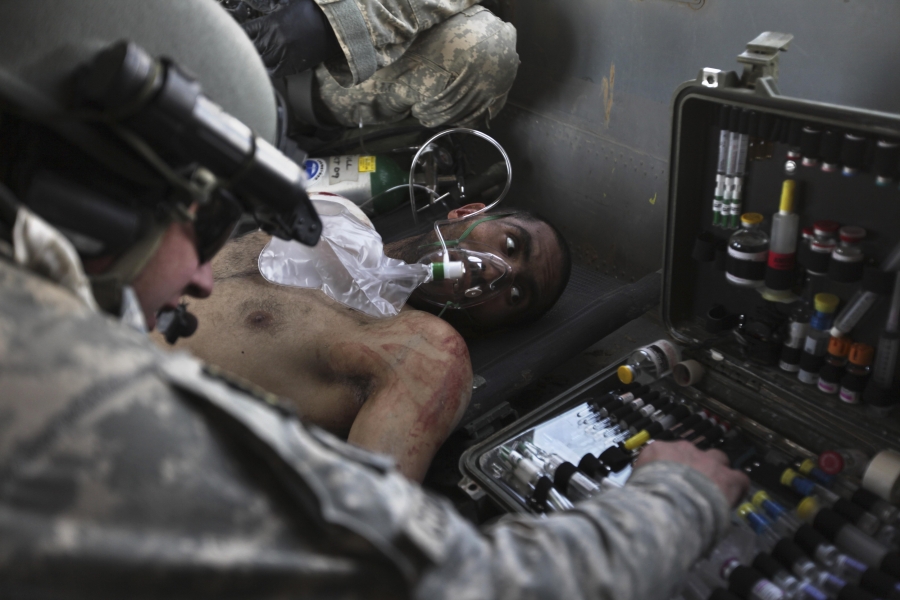 Airborne in a US Army Task Force Pegasus helicopter, US Army Staff Sgt. and flight medic Robert B. Cowdrey, of La Junta, Colo., gives medical care to an Afghan National Army soldier with a gunshot wound, during a medevac mission over Marjah, Helmand province, Afghanistan, on Feb. 17, 2010.

And in a village in the southern province of Zabul, a soldier of the 4th Infantry Regiment frisked an Afghan man in his house during a search operation. 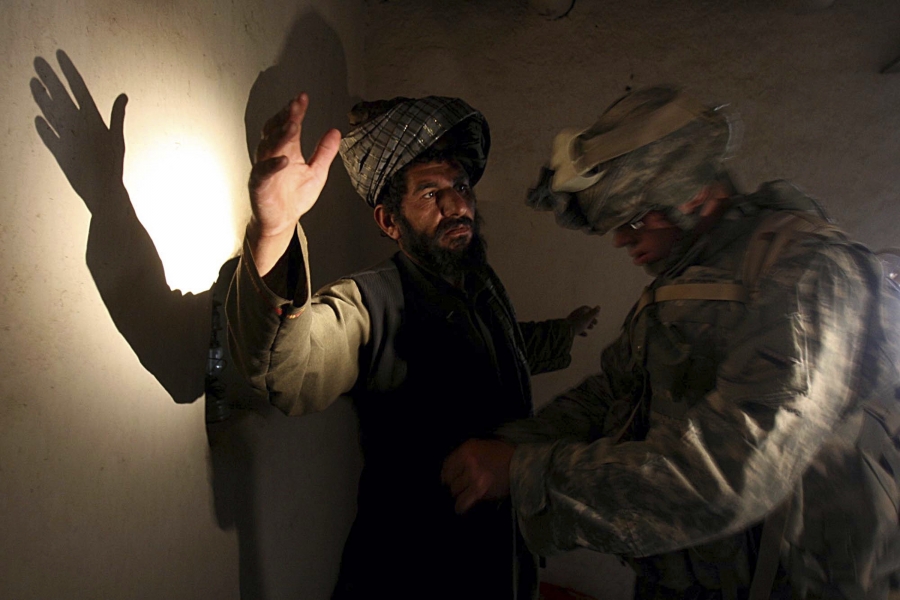 A US soldier of B company, 4th Infantry Regiment frisks an Afghan man in his house during a search operation in Sinan village in Zabul province, southeastern Afghanistan, on April 2, 2007.

But other photos portrayed day-to-day human existence, as people tried to go on with their lives — even as the gunfire and bomb blasts never ceased.

On a hillside overlooking Kabul, boys chased each other and kicked a soccer ball across a dirt field. 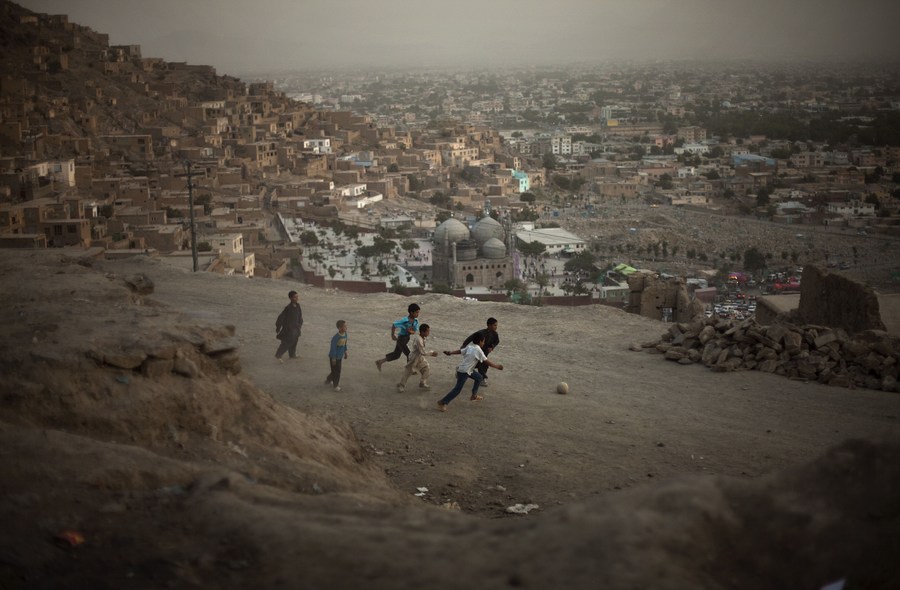 Afghan children play football in a street in Kabul, Afghanistan, on July 17, 2009.

And at a store lined with dozens of blue burqas, a woman waited in a changing room to try out one of the head-to-toe-covering garments. 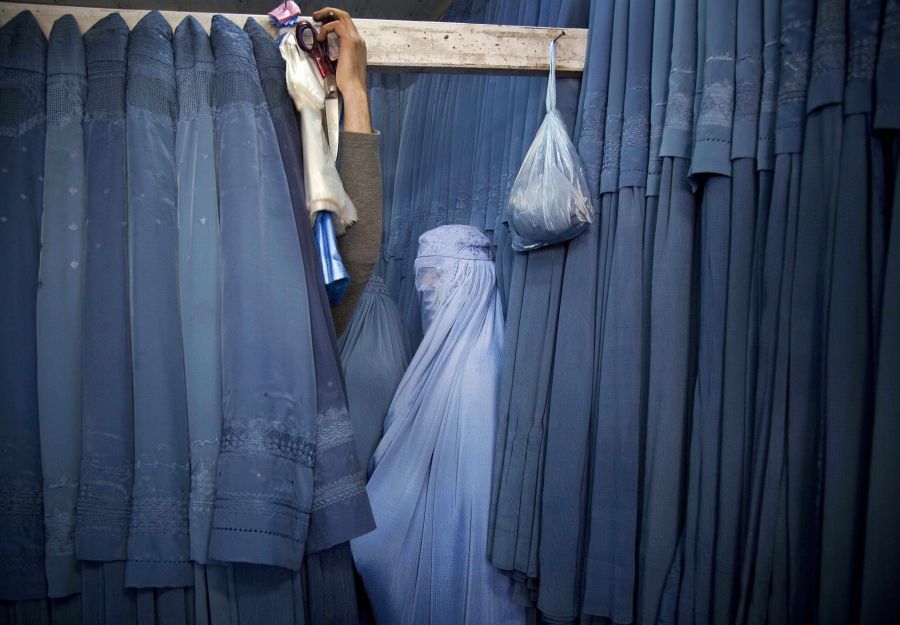 An Afghan woman waits in a changing room to try out a new Burqa, in a shop in the old city of Kabul, Afghanistan, on April 11, 2013. Before the Taliban took power in Afghanistan, the Burqa was infrequently worn in cities. While they were in power, the Taliban required the wearing of a Burqa in public.

There were also signs of attempts to strengthen society and weak governmental institutions.

The hollowed-out shell of the Kabul Theater in the capital became a beacon of hope for more than 400 students, even though it still lacked electricity or running water. 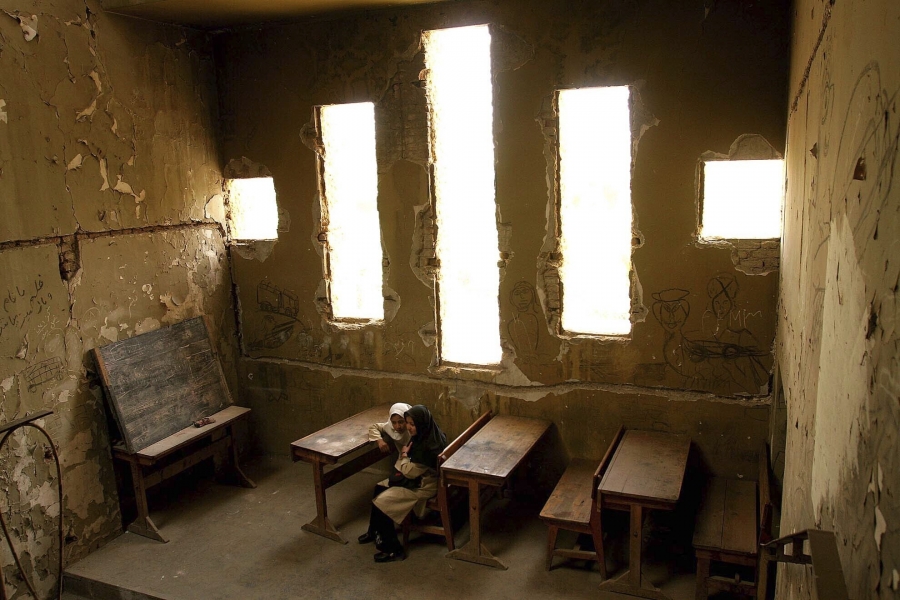 Basera, 13, right, and Saira, 10, wait for their class to begin at Loy Ghar school, in the bombed-out carcass of the Kabul Theater in Afghanistan's capital, April 20, 2005. The bullet-riddled building became a place of hope for more than 400 students looking to rebuild their lives after decades of war.

Two young girls, who would have been barred from going to school under the previous Taliban rule, sat awaiting class as sunlight streamed through windows without panes. 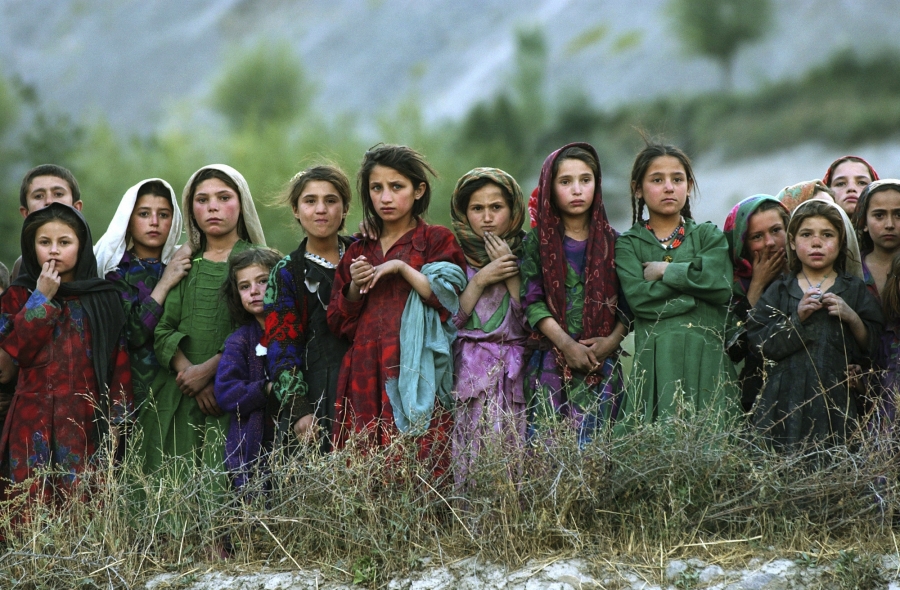 Local girls look at UN workers unloading ballot kits from a UN helicopter in Ghumaipayan Mahnow village, some 256 miles)northeast of Kabul, Afghanistan, on Oct. 4, 2004. By air was the only way to deliver the electoral material in the inaccessible areas of the Badakhshan province.

Villager girls gazed at UN workers unloading ballot kits from a helicopter in a remote northeastern area where an airlift was the only way to deliver materials for the country's first direct presidential vote.

Afghan policemen held out their arms to simulate weapons during a training session with US soldiers outside Kandahar. 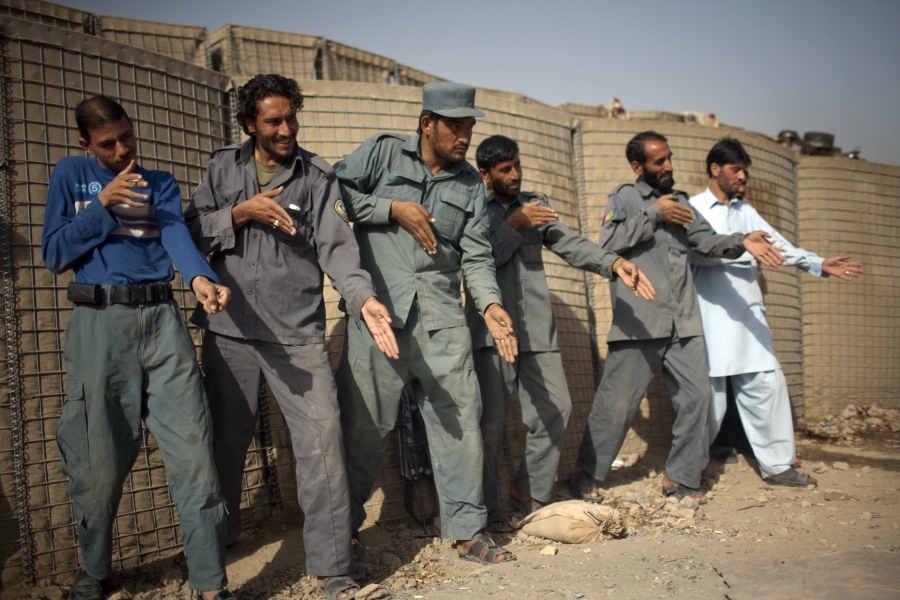 And newly trained female officers in crisp, dark uniforms sat at the front of their graduating class in a ceremony at the National Army's training center in Kabul.

Such attempts to remake Afghanistan are now thrown into doubt with the ascendant Taliban again. The group says it will govern in a more moderate fashion than before, but many people fear a return to the harsh rule of the 1990s when women were largely confined to their homes, TV and music were banned and authorities mutilated or publicly executed people suspected of crimes. 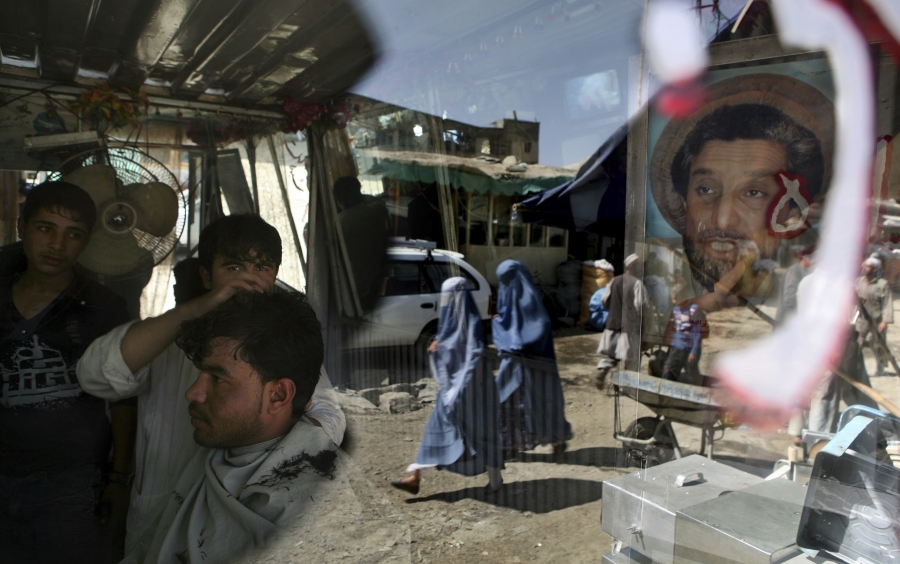 An Afghan barber works on a customer in his shop as a portrait of Afghanistan national hero Ahmad Shah Massoud adorns its door in Kabul, Afghanistan, on Sept. 29, 2009.

Journalists who covered the last 20 years in the country, both Afghans and foreigners, did so at considerable personal risk.