This year’s Summer Paralympics in Tokyo has been a good one for Uganda.

The country’s first and only paraswimmer, 14-year-old Husna Kukundakwa, made a splash for being the youngest athlete to compete in the games.

And runner David Emong won the country’s second Olympic medal after finishing third in the men’s 1,500-meter race. He became a local celebrity in his own right since winning a medal in 2016.

“That was the first time Uganda got its first Paralympic medal,” explained Mpindi Bumali, president of Uganda’s Paralympic Committee from Tokyo.

This year, Uganda sponsored four Paralympians to go to Tokyo, which was far less than expected.

Still it’s a sign that the Ugandan government is seeing that parathletes and parasports are worth the investment. It’s part of a bigger, positive trend in disability sports.

“Initially, a person with a disability or children with disabilities, were left out. ... But we managed to lobby [the government], we managed to tell them that, look, it is the right of these children to also participate in physical education.”

“Initially, a person with a disability or children with disabilities, were left out,” Bumali said.

“But we managed to lobby [the government], we managed to tell them that, look, it is the right of these children to also participate in physical education.”

Disability activists have also been pushing for more access to sports for adults, as well. 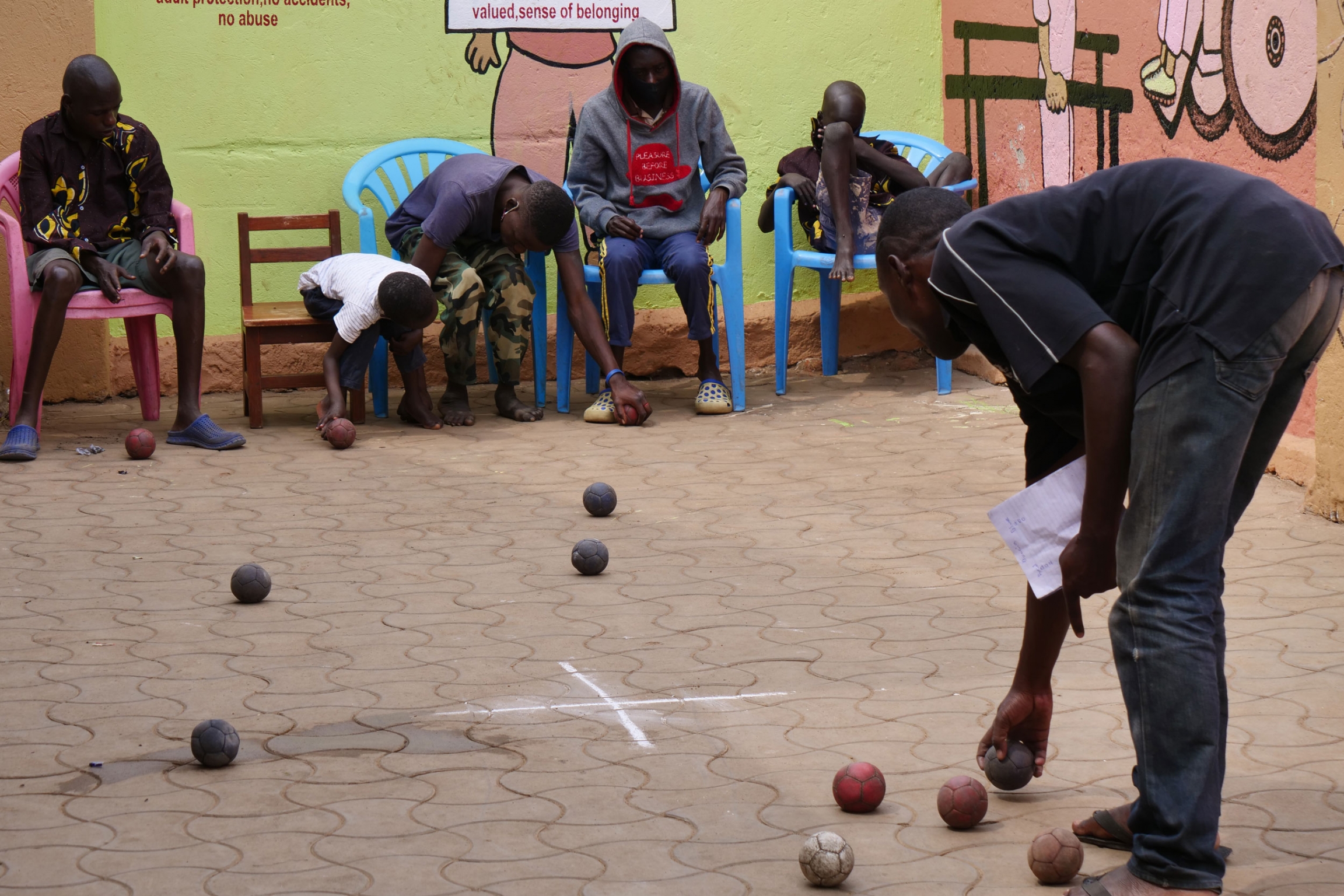 In 2014, Apollo Mukasa of the Uganda National Action on Physical Disability (UNAPD) created sports programs for adults with disabilities around the country.

He has seen how the program has built up confidence in Ugandans with disabilities and also changed the perspectives of their community members.

“In the long run, they start respecting you. You begin getting more friends coming to your home, which couldn’t be the case before they could see you playing a game. So it’s another attitude changer,” Mukasa said.

This also goes a long way to addressing cultural stigmas about physical disabilities, which continues to be a problem in Uganda.

“In Uganda, when you go down there in the rural areas, deep there in the communities ... when you find a family with a disabled person, they call it a cursed family.”

“In Uganda, when you go down there in the rural areas, deep there in the communities,” Mukasa began, “When you find a family with a disabled person, they call it a cursed family.”

Because of stigma, many adults with disabilities end up isolated at home, or in some cases, abandoned as children.

Some of those children have ended up at Support Disabled Children Ggaba, an organization in Kampala that’s helping more than 40 young people with various disabilities.

Director Betty Nankabira said they have been using bocca balls donated by UNAPD to help with their rehabilitation. 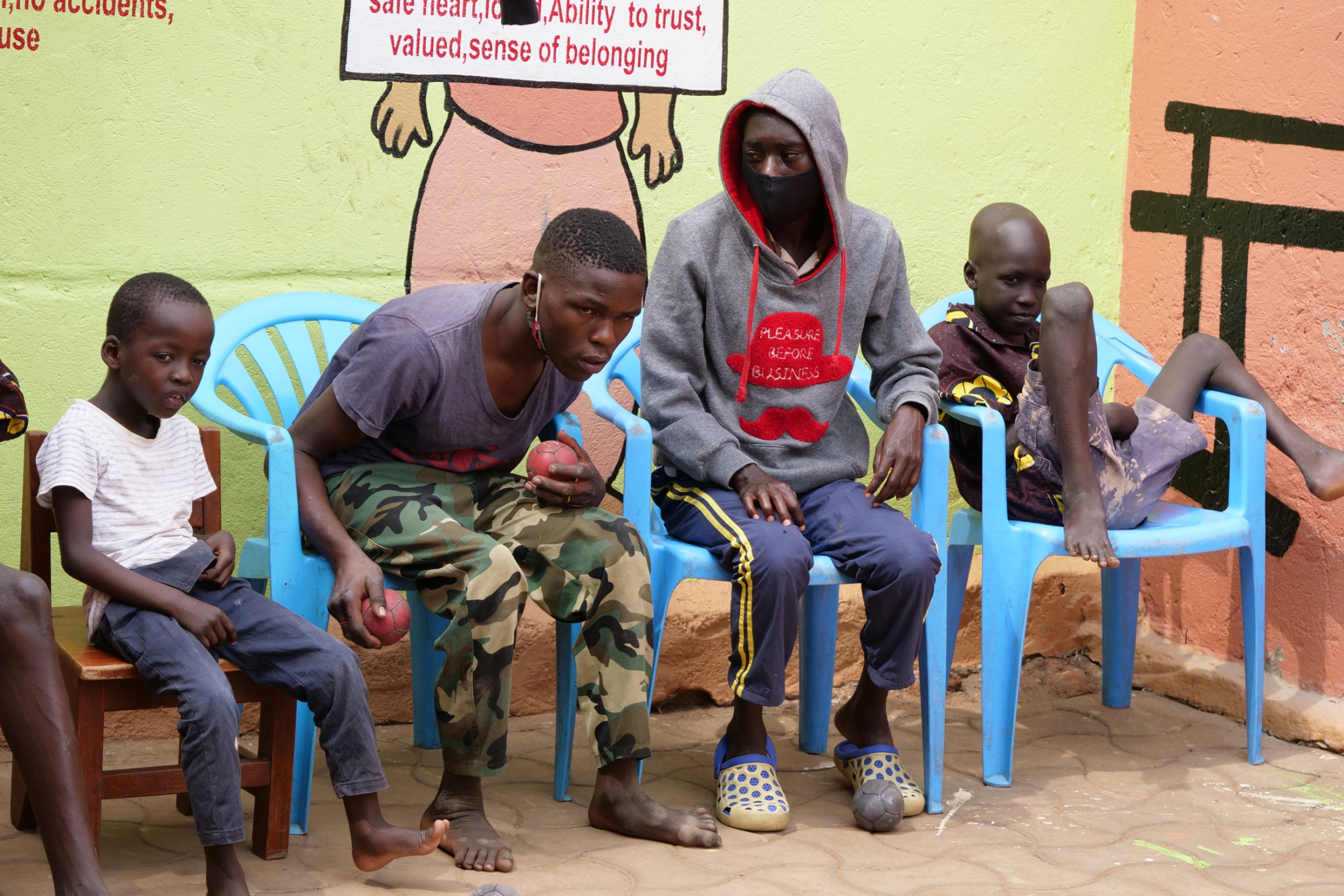 Alvin Waswa makes his move in a morning bocca game at the Support Disabled Children Ggaba organization in Kampala, Sept. 1, 2021.

But it’s since become a favorite pastime for Alvin Waswa, a 22-year-old with cerebral palsy who is a beneficiary of the organization.

“He said maybe if he can get sponsors, and they sponsor them, he can also go to Olympics,” said Nankabira, who interpreted for him.

Related: PHOTOS: Olympic guests get view of Tokyo — from the bus

Still, she noted that athletes with disabilities need a lot more resources if they are going to compete seriously. That includes more sports equipment and a disability-friendly mode of transportation.