Somayah was 13 years old when her father gave her away to settle a debt.

Somayah, now 25, and who, like many Afghans only has one name, was forced to drop out of school and marry a young, college-educated man.

A few months later, Somayah, who was still a child herself, became pregnant, she told The World in an interview in Kabul, Afghanistan, in July. After an emergency C-section seven months into her pregnancy, the baby was stillborn.

“I saw the hospital staff wrap him in a sheet and take him away to bury. It was the worst moment of my life."

“I had never seen a dead baby,” Somayah recalled through tears. “I saw the hospital staff wrap him in a sheet and take him away to bury. It was the worst moment of my life.”

Related: Afghan families are being rapidly resettled in the US. But adjusting to their new lives will take years.

Several months later, her husband had divorced her, saying he was in love with another woman. She left her husband’s family and sought help at a women’s shelter in Kabul. (She had lost touch with her father, who moved to a different province, and her mother died when she was small.)

This summer, as the Taliban took over district after district in Afghanistan, women’s shelters across the country were shuttered out of fear for the women’s safety. Others went underground. Now, with the US withdrawal completing this month, and the Taliban back in control, the future of these shelters is in limbo. And those benefiting from the shelters are already vulnerable women who have no other place to go.

Somayah, who was still in a shelter in Kabul as of Friday, said the women’s shelter has been a lifeline.

“Thanks to the help that I have been getting here, I was slowly starting to feel more hopeful about life. But now, all this is happening [with the Taliban],” she said. 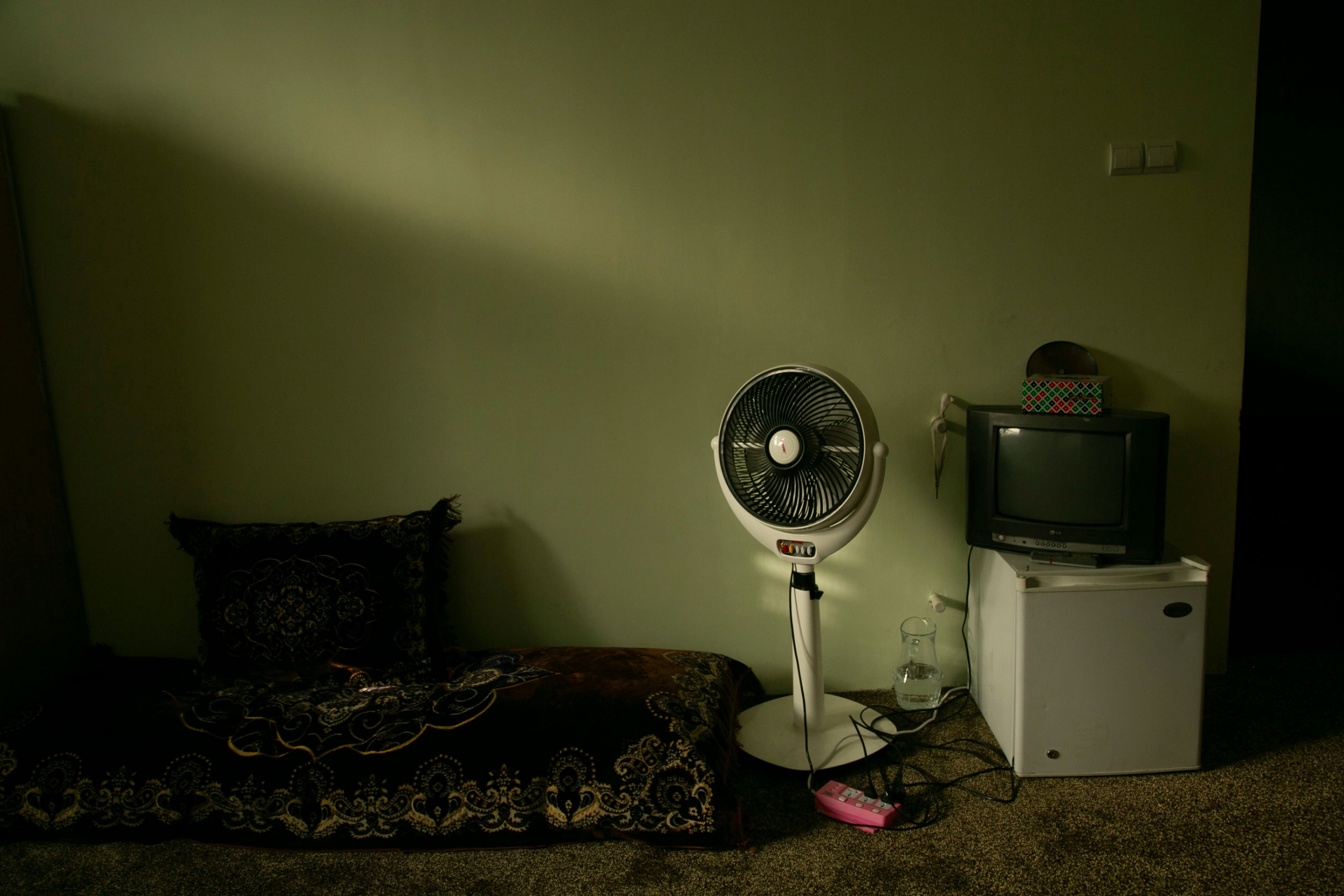 One of the rooms that women share at a shelter in Kabul, Afghanistan.

For years, Somayah had nightmares about her son. Sometimes, she said, she felt like he was standing right behind her, staring at her, taunting her for not taking good care of him. She blamed herself for becoming pregnant at a young age, unprepared for motherhood.

She received counseling and support from people at the shelter, and in July started working for a nongovernmental organization.

“Just as my life was starting to feel somewhat normal, the Taliban are coming,” she said in late July.

Woman on the radio

Mary Akrami, a longtime women’s rights activist, set out to open the country’s first women’s shelter in 2001 after hearing an interview on the radio during a taxi ride.

The interviewee was a woman who had committed no crime other than disobeying her in-laws.

“She was in jail for nothing, and she was free, but she preferred to stay in jail, because she didn’t have [any] place [to go],” she said.

Akrami, who started an organization called Afghan Women Skills Development in Peshawar, Pakistan, in the 1990s, thought: How is it that Afghanistan does not have safe places for women in such a precarious situation?

In time, a network of women’s shelters emerged across the country. Akrami and other advocates fought hard to keep the shelters open and growing.

As of July, Afghanistan had 25 shelters in 22 provinces, according to an official at the Ministry of Women’s Affairs. (The World is withholding her name because she is in hiding and fears for her safety.)

Over the years, thousands of women have benefited from the services of these shelters, Akrami said.

Women who didn’t feel safe at home — survivors of domestic violence, who experienced physical, sexual or psychological abuse, found refuge at the shelters.

But Akrami and her colleagues have faced a lot of resistance. Afghanistan is a conservative country and the idea of women living in shelters is not widely accepted.

Akrami and other women interviewed in Kabul said that, in some communities, women’s shelters are seen as immoral places. The staff are regularly targeted or harassed, they added.

Yet for two decades, Akrami and her colleagues continued with their work. And their determination paid off. They opened up new shelters in the provinces and provided crucial support for at-risk women.

In July, when Akrami showed up at one of the shelters in Kabul, women there rushed to embrace her. They joked together and showered her with kisses.

“The [women at the shelters] are like my own kids,”

This shelter in Kabul was set up like a dorm, with women sharing rooms and making food together in the main kitchen. Okra stew was for dinner that night.

In July, the shelter was busier than usual. The Taliban was taking over districts outside of the capital, and officials in charge of the women’s shelter worried about these centers becoming targets.

So, they were busy relocating women from the provinces to Kabul.

Masoumah and her three kids had just arrived from Bamiyan, west of the capital.

The 29-year-old said her husband divorced her and married a younger woman.

On the drive to the capital, the supervisor of the shelter gave her and the others some instructions in case they were stopped at a Taliban checkpoint. She said they should just say that they are all heading to a relative’s wedding in Kabul.

“Now, we’re here, but I still don’t feel safe,” she said. “If the government doesn’t help us, I’m afraid the Taliban will come and chop off our heads.” 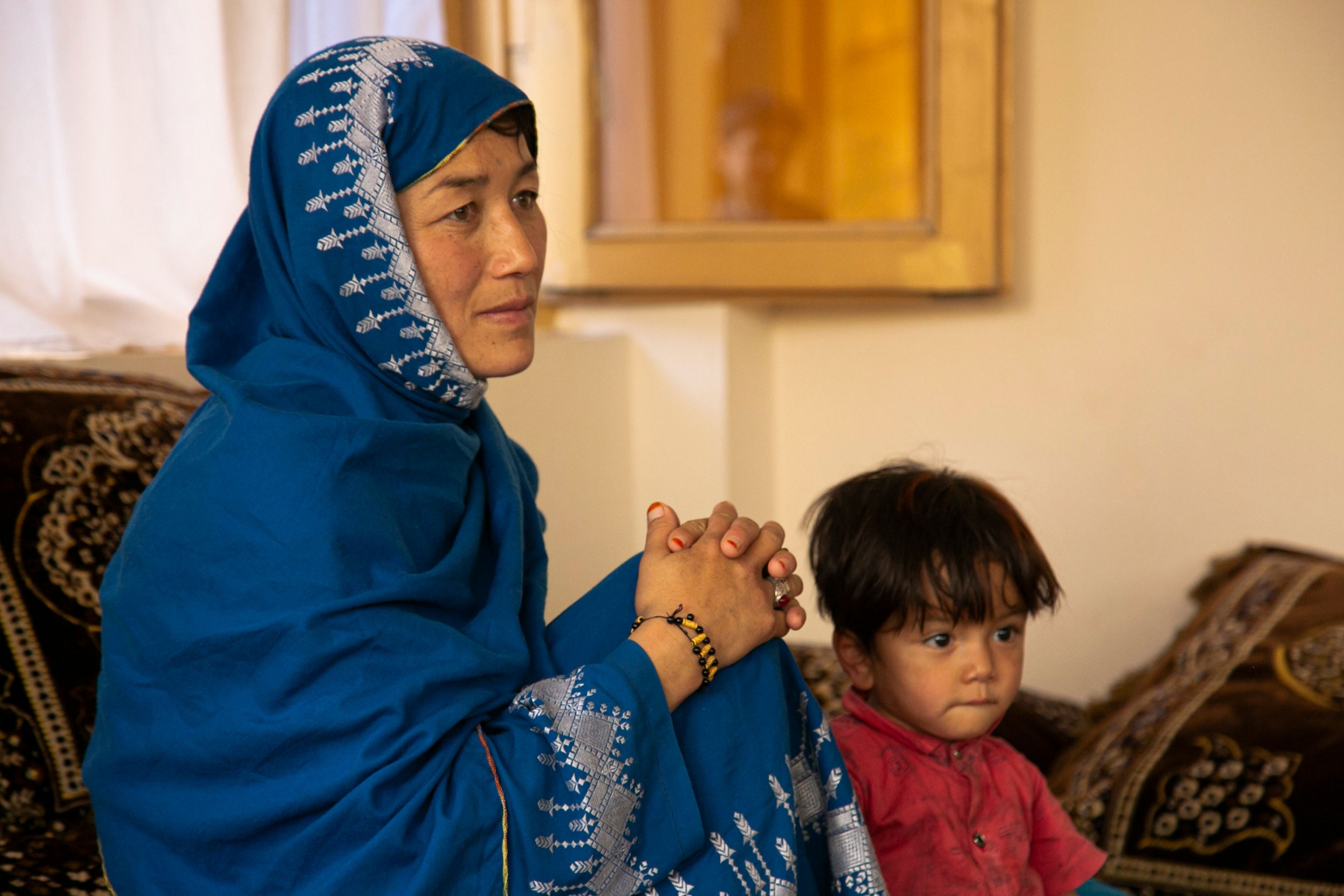 Masoumah, 29, and her three kids arrived at a shelter in Kabul from Bamiyan, west of the capital.

The women said they have a deep fear of the Taliban. Some remember their harsh rule when they were in power in the 1990s. Others have heard all kinds of testimonies about conditions in areas under Taliban control.

Ameneh, who is 27 years old, said she has heard from relatives that the Taliban force young women to marry; they don’t allow them to be in public without a male guardian; and they ban them from getting an education.

Taliban leaders claim they will allow women to study and work within the framework of Islam. But they follow a strict interpretation of Islam, and it is unclear yet whether their words will be put into action.

Ameneh arrived at the shelter in Bamiyan in June. Her father-in-law dropped her off. She had married a young man in a village there, but she was a city girl.

“I had never worked at a farm; they had cows and sheep. My in-laws expected me to take care of them and I had no idea how,” she said. “So, they told my husband I’m no good for the family and that he has to divorce me.”

“I miss him,” she added, her eyes welling up. “I love him and I didn’t want a divorce. Neither did he. They forced us.” 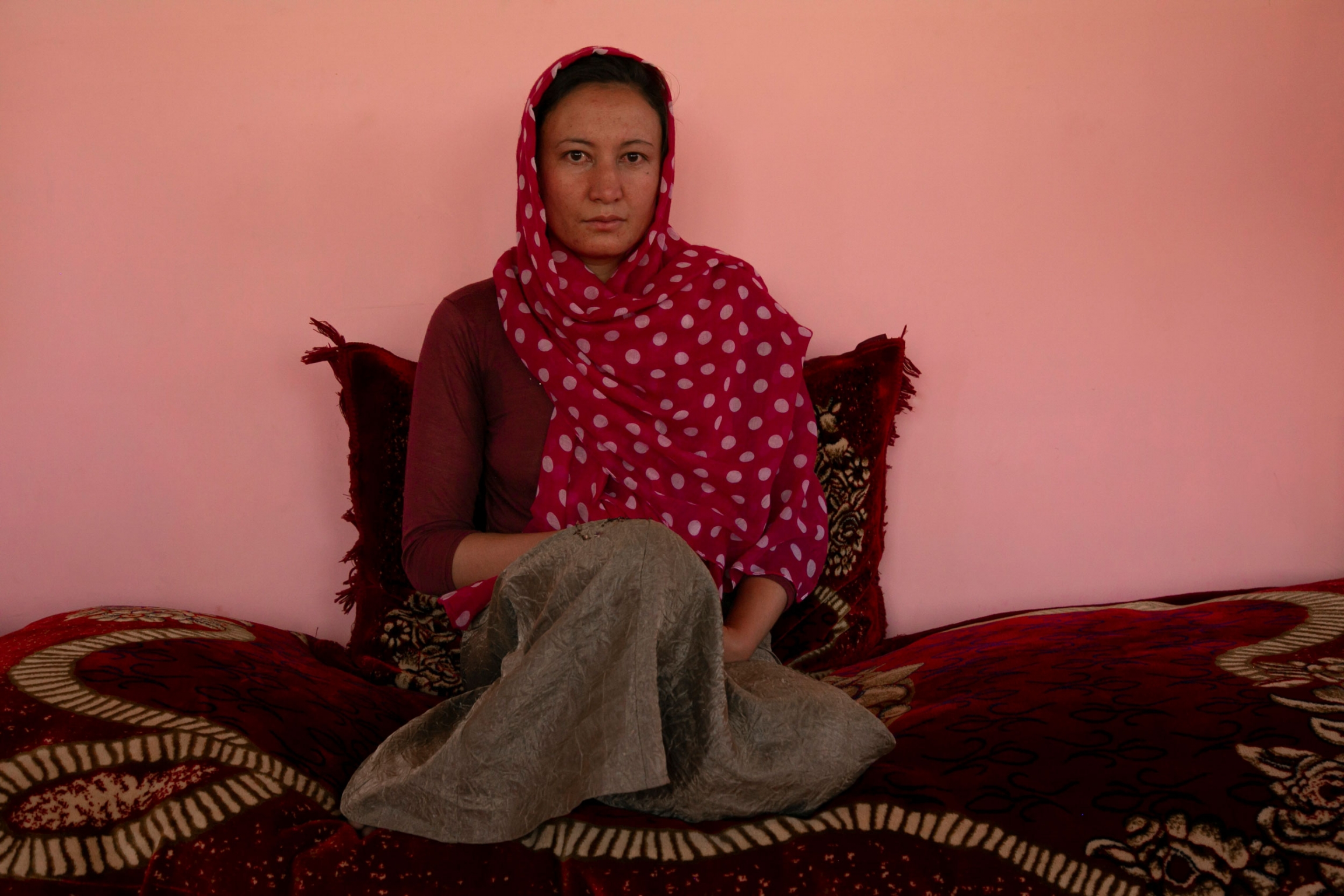 Ameneh, 27 said her husband’s family forced him to divorce her. “My only request for the government and the United Nations is to provide us with a safe place to live,” she said.

She went on: “My only request for the government and the United Nations is to provide us with a safe place to live.”

It’s unclear how many women have been displaced since the shelters have been forced to close.

Akrami is furious about the recent events.

“Violence against women will not [end] tomorrow,” she said. “There is a need for having these shelters.”

But even last month, before the Taliban took over, Akrami, who has since left Afghanistan for her safety, was alarmed.

"Why is the world so quiet?"