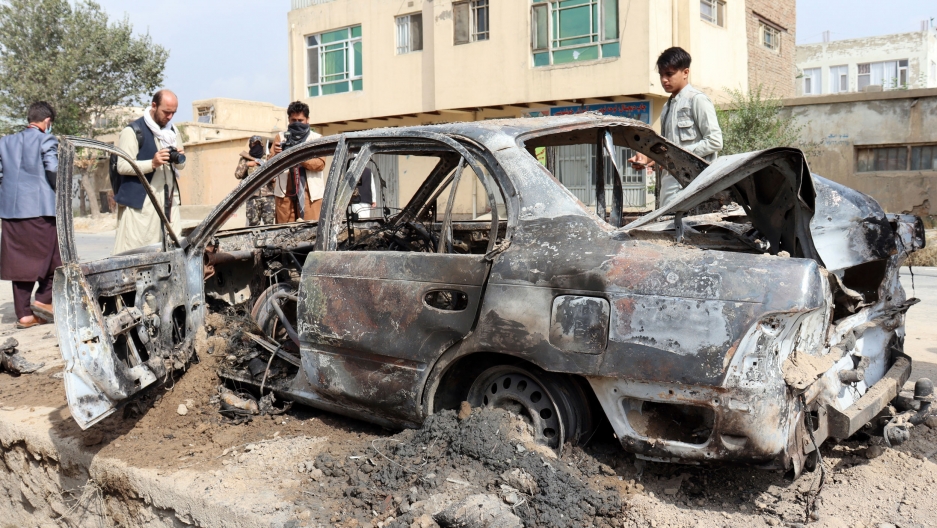 Journalists take photos of a vehicle damaged by a rocket attack in Kabul, Afghanistan, Aug. 30, 2021.

Afghanistan
US anti-missile defenses intercepted rockets fired at Kabul’s airport on Monday, a day after the US conducted a retaliatory drone strike that blew up a vehicle full of explosives, according to officials. The attacks come as the countdown clock for the US withdrawal from Afghanistan nears an end. It wasn’t immediately clear if anyone was hurt in the rocket attack claimed by the radical ISIS affiliate in Afghanistan, ISIS-Khorasan (ISIS-K). Despite the violence and ongoing chaos at the airport, the US Air Force’s massive C-17 cargo jets continue evacuation operations. Still, many in Afghanistan and abroad are reeling from the ISIS-K suicide bombing at one of the airport gates that killed at least 169 Afghans and 13 US service members.

Hurricane Ida
Category 4 Hurricane Ida plowed into Louisiana on Sunday, knocking out power and leading to at least one death. The powerful hurricane made landfall on the anniversary of Hurricane Katrina, which devastated New Orleans 16 years ago and marked a major test for the city’s rebuilt flood protection systems. More than a million customers in the New Orleans metropolitan region continue without power on Monday. Climate change scientists are pointing to the warming temperatures in the Gulf of Mexico as a significant factor in why Ida came to shore as powerful as it did.

EU
The European Union is set to recommend new restrictions on nonessential travel from the US. An official announcement has yet to be released, but as the European travel season nears an end, and with a growing number of reported coronavirus infections in the United States, diplomats from the EU on Sunday appeared ready to reverse an earlier decision to maintain the US in a safe list of countries for nonessential travel to the 27-nation bloc. 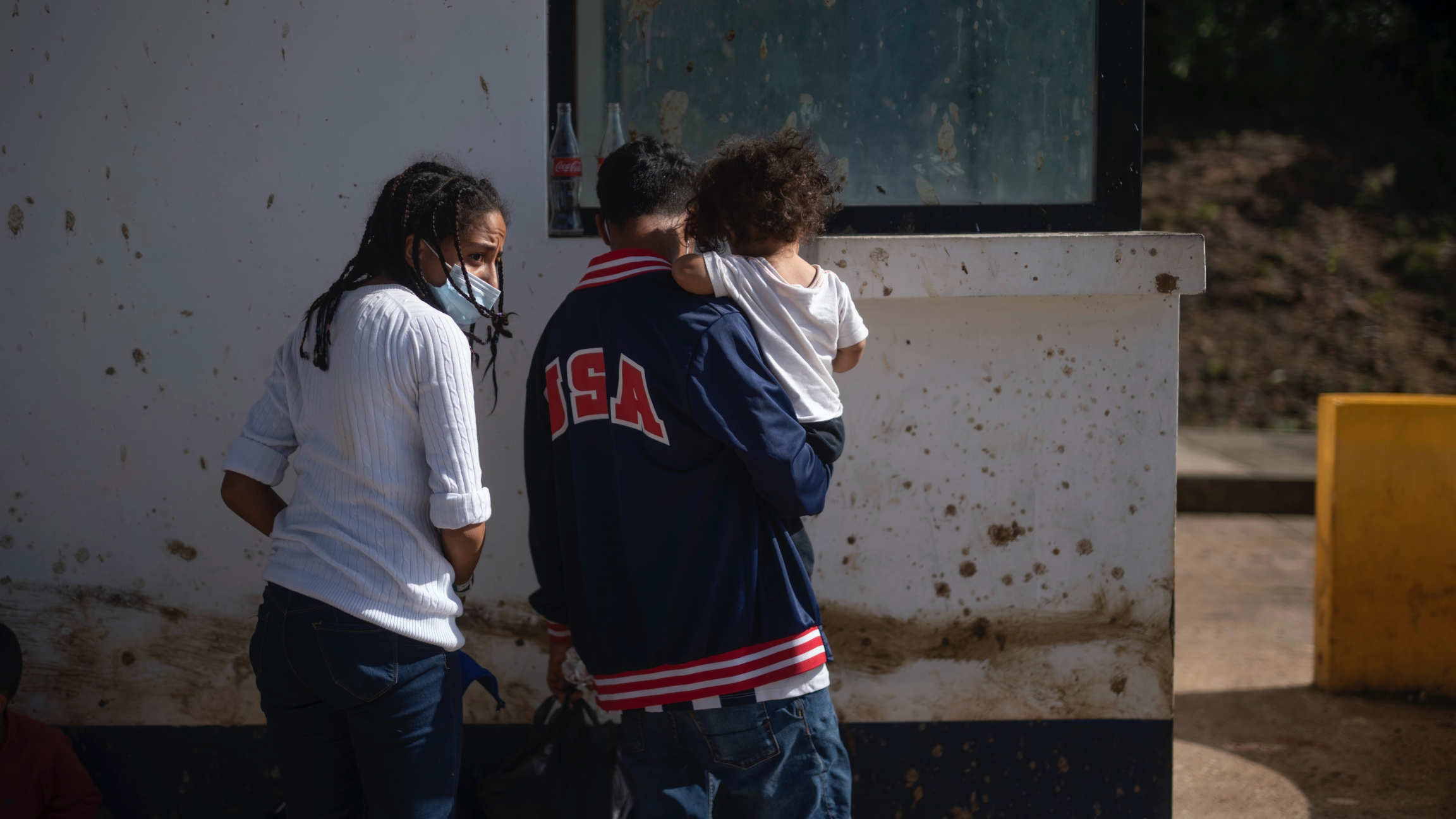 Honduran migrants Bianca Emerita Galvan, 22, left, and Dani Omar Suazo, 21, holding their son 1-year-old sone Daniel Emir, arrive at El Ceibo, Guatemala, Aug. 12, 2021, after being deported by air from the US to Mexico and then shipped into Guatemala by land. The Central American migrants were expelled by the US after being denied a chance to seek asylum under a pandemic-related ban.

As the Biden administration and their Mexican counterparts grapple with the Supreme Court’s order to reinstate the Trump-era “Remain in Mexico” policy, which forced tens of thousands US asylum-seekers to wait out their cases south of the border, the Mexican government is quietly sending hundreds of Central American migrants every day to rural Guatemala.

Afghan families are being rapidly resettled in the US. Adjusting to their new lives will take years. 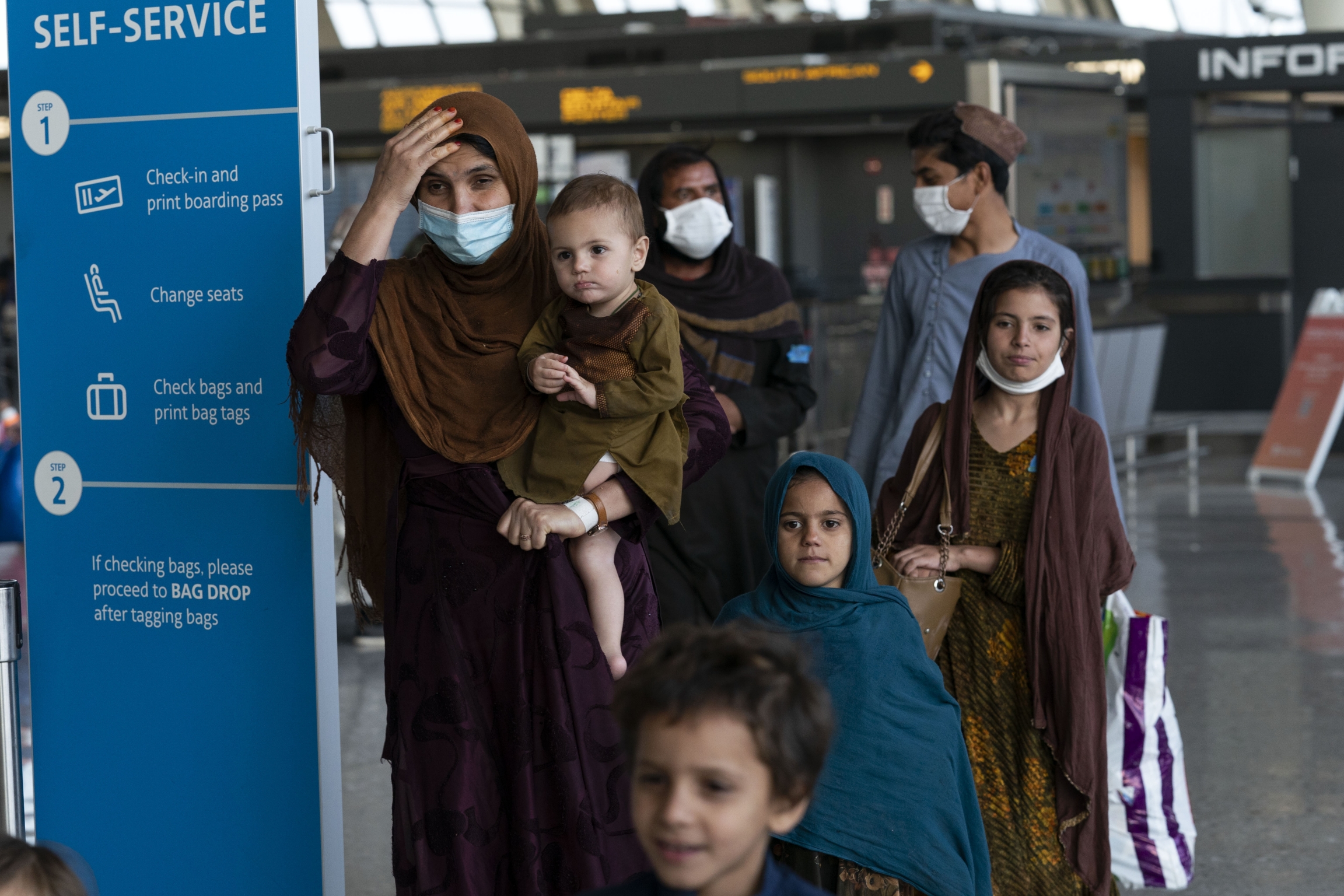 Families evacuated from Kabul, Afghanistan, walk through the terminal before boarding a bus after they arrived at Washington Dulles International Airport, in Chantilly, Virginia, Aug. 27, 2021.

One Afghan family in Sacramento recently arrived from Kabul, Afghanistan, where the Taliban came knocking on their door. The father was able to get a Special Immigrant Visa to resettle in the US. This family counts themselves as among the fortunate ones, but they worry about those they left behind.

To celebrate those who turn 100, the Swiss canton of Fribourg gifts each individual 100 bottles of wine, really. 🍷 The wine gift has been a tradition since 2000, but seems to have left non-wine drinkers lacking. Officials previously offered an armchair as an option, but there was a low demand. The canton is now offering a couple of new options: 1,500 Swiss francs (about $1,600) donation to a charity, or vouchers to spend at local craftsman shops. Huzzah! (The canton reports, though, that most centenarians still take the wine!)

If residents of the Swiss canton of Fribourg make it to the age of 100, the government gives them plenty of help celebrating https://t.co/jLOeyjA2Bp via @business

Listen: Airlifts continue out of Kabul after deadly explosions 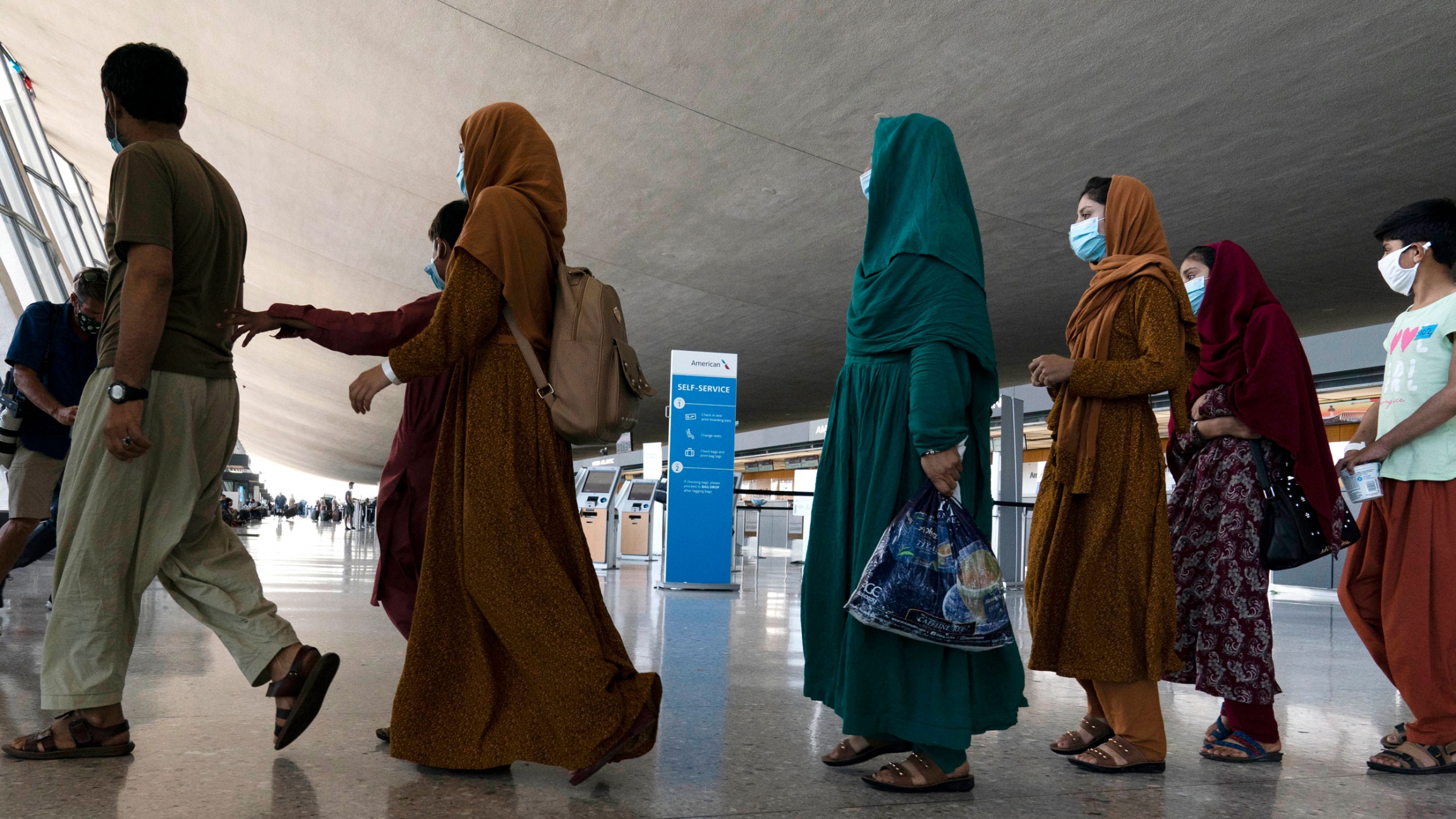 Families evacuated from Kabul, Afghanistan, walk through the terminal before boarding a bus after they arrived at Washington Dulles International Airport, in Chantilly, Virginia, Aug. 27, 2021.

Airlifts out of Kabul continue just one day after bombings rocked the area around the airport. More than 100 people are dead, including 13 US troops. Also, when Europe began its vaccination rollout last December, Romania was one of the fastest out of the bloc, but that quickly fizzled out. In the last few weeks, the government has turned to the Romanian Orthodox Church for help. And, across the US, we hear from refugee resettlement agencies and volunteers as they prepare to host tens of thousands of Afghans arriving in the US.