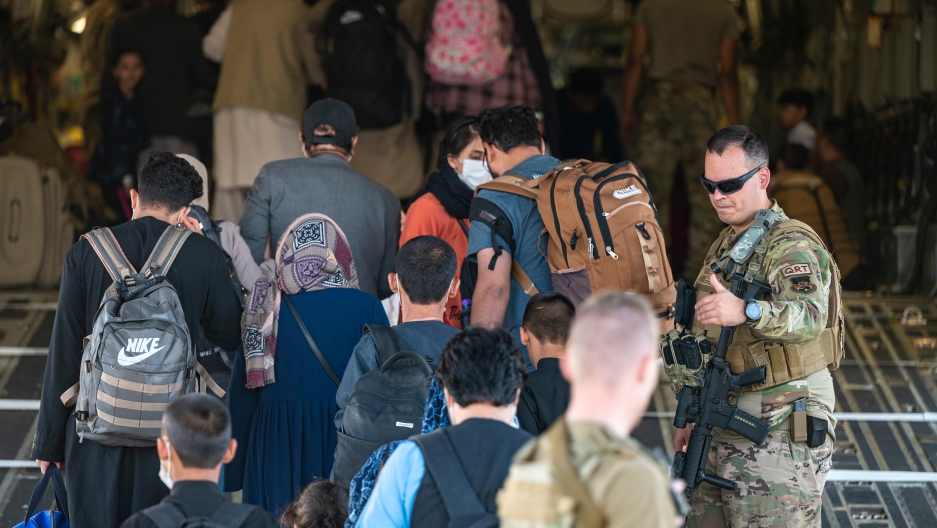 In this image provided by the US Air Force, US Air Force airmen guide evacuees aboard a US Air Force C-17 Globemaster III at Hamid Karzai International Airport in Kabul, Afghanistan, Aug. 24, 2021.

Afghanistan
G-7 leaders have agreed on conditions for recognizing and dealing with a Taliban-led Afghanistan, but they have been unable to persuade US President Joe Biden to extend the operation at Kabul’s international airport past the Aug. 31 deadline to guarantee that foreigners and Afghans at-risk can be evacuated. While defending the US decision not to extend the US troop presence, Biden warned of the threat to US and NATO forces from groups that might exploit the chaos at the airport, including by a group referred to as ISIS-K — an enemy of the Taliban — the ISIS-affiliated group that operates in Afghanistan. K stands for Khorasan Province, a historical region covering part of Afghanistan and Pakistan. The US has airlifted 28,000 people from Afghanistan since the Taliban takeover a week ago.

Naftali Bennett
Israeli Prime Minister Naftali Bennett is set to meet with US President Joe Biden in Washington on Thursday. On Bennett’s agenda is a new approach to containing Iran’s nuclear program, including the strengthening of relations with Arab countries and taking diplomatic and economic actions against Iran.  Speaking to The New York Times, Bennet said he would expand Jewish settlements in the West Bank and oppose the reopening of a consulate in Jerusalem dealing with Palestinian affairs.

Algeria-Morocco
Algeria has cut diplomatic relations with Morocco, Foreign Minister Ramdane Lamamra announced on Tuesday at a press conference in Algiers, citing hostile actions by its neighbor. Lamamra accused Morocco of  “massive acts of espionage,” using the Israeli-made Pegasus spyware, against government officials and citizens, which Morrocan officials deny. The foreign minister also said Morocco had failed in honoring bilateral commitments, including those related to the Western Sahara issue. Algeria and Morocco have had strained relations for decades, with their borders closed to one another since 1994. Morocco regards Western Sahara as its own, and the United States recognized this claim in return for improved relations between Morocco and Israel. 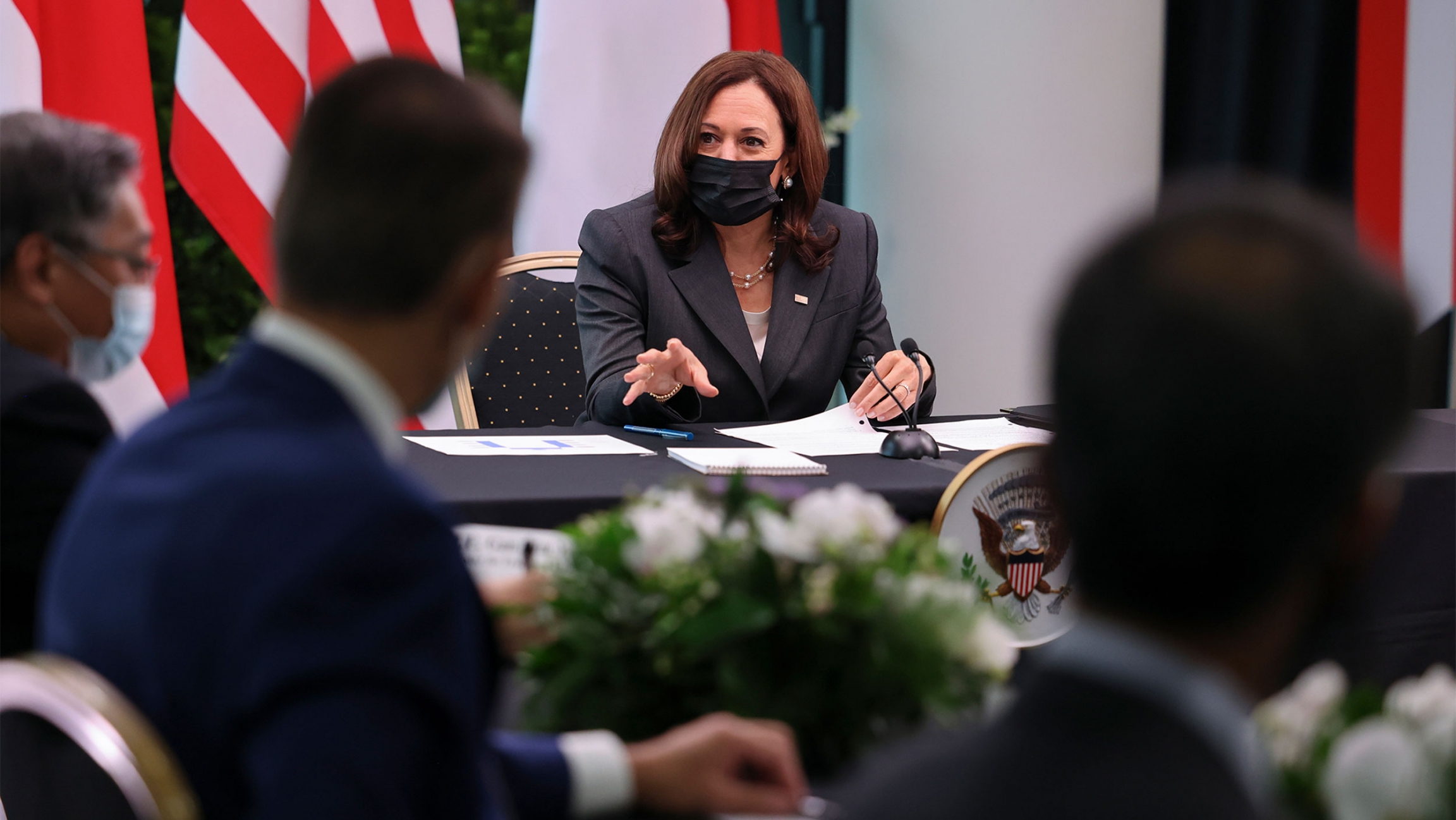 US Vice President Kamala Harris takes part in a roundtable at Gardens by the Bay in Singapore before departing for Vietnam on the second leg of her Southeast Asia trip, Aug. 24, 2021.

The situation in Afghanistan overshadowed US Vice President Kamala Harris' trip to Southeast Asia. People in the region are torn between concern over US commitment and loyalty as it exits Afghanistan, and the fact that the troop withdrawal would free up US resources to focus on other regions.

The US is building a military base in the middle of the Pacific Ocean. Micronesian residents have questions. 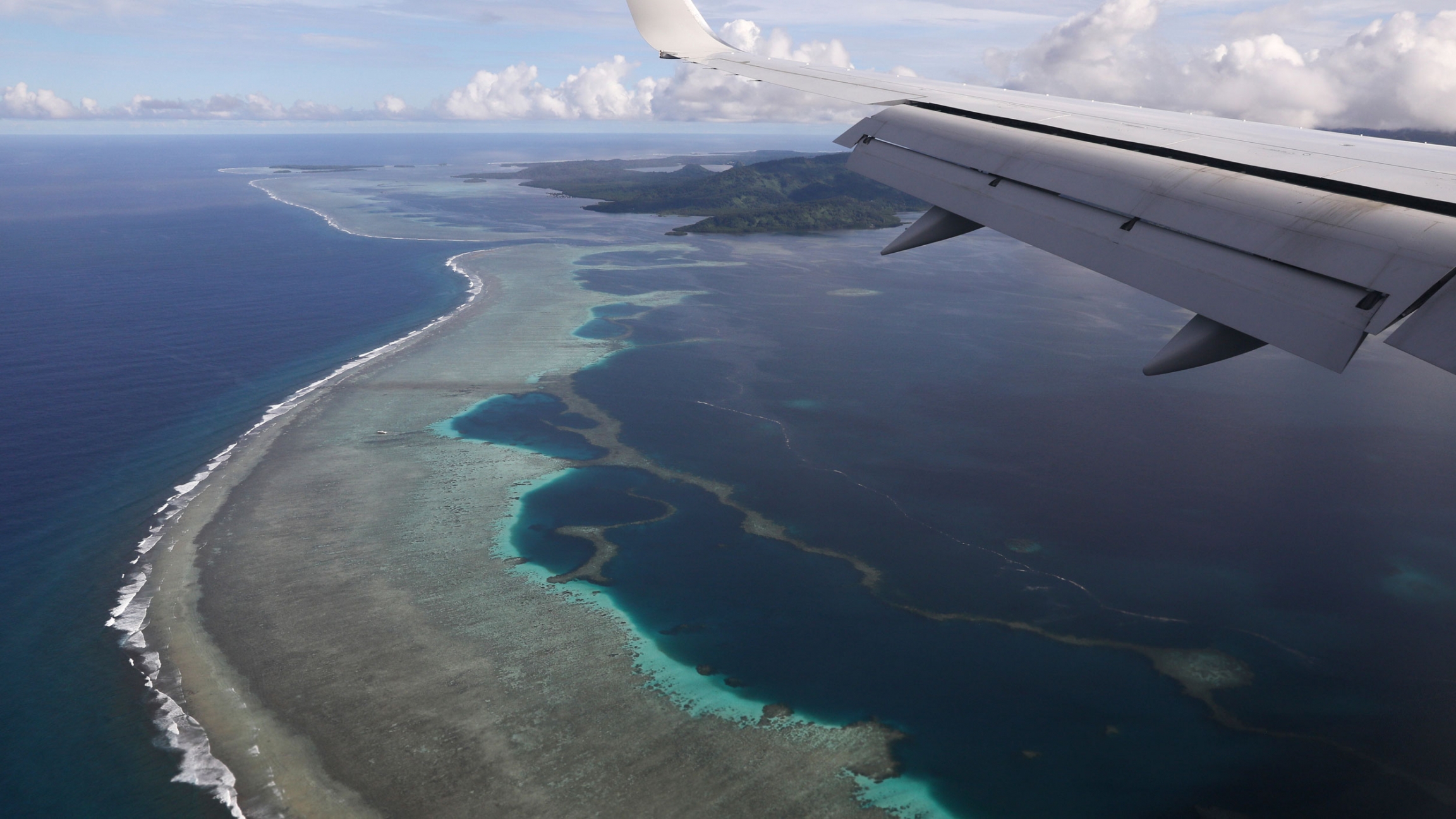 A new US military base in the middle of the Pacific Ocean is seen as another component of the Biden administration’s continued effort to increase its footprint in Oceania. But Micronesian residents are worried it could alter their social landscape, increase US military presence and increase tensions with China.

It's anybody's guess why it's there, but over the weekend, a giant 25-foot inflatable duck with the word "joy" written on it appeared in Maine's Belfast Harbor. Even the harbor master is unaware of its origin or purpose, but the large bird has attracted locals and visitors alike to snap photos of it bobbing up and down in the water.

A giant rubber duck appeared in a Maine Harbor — and no one knows why https://t.co/rfwwMAdSvb

Listen: A majority of Brazilians embrace the COVID-19 vaccine 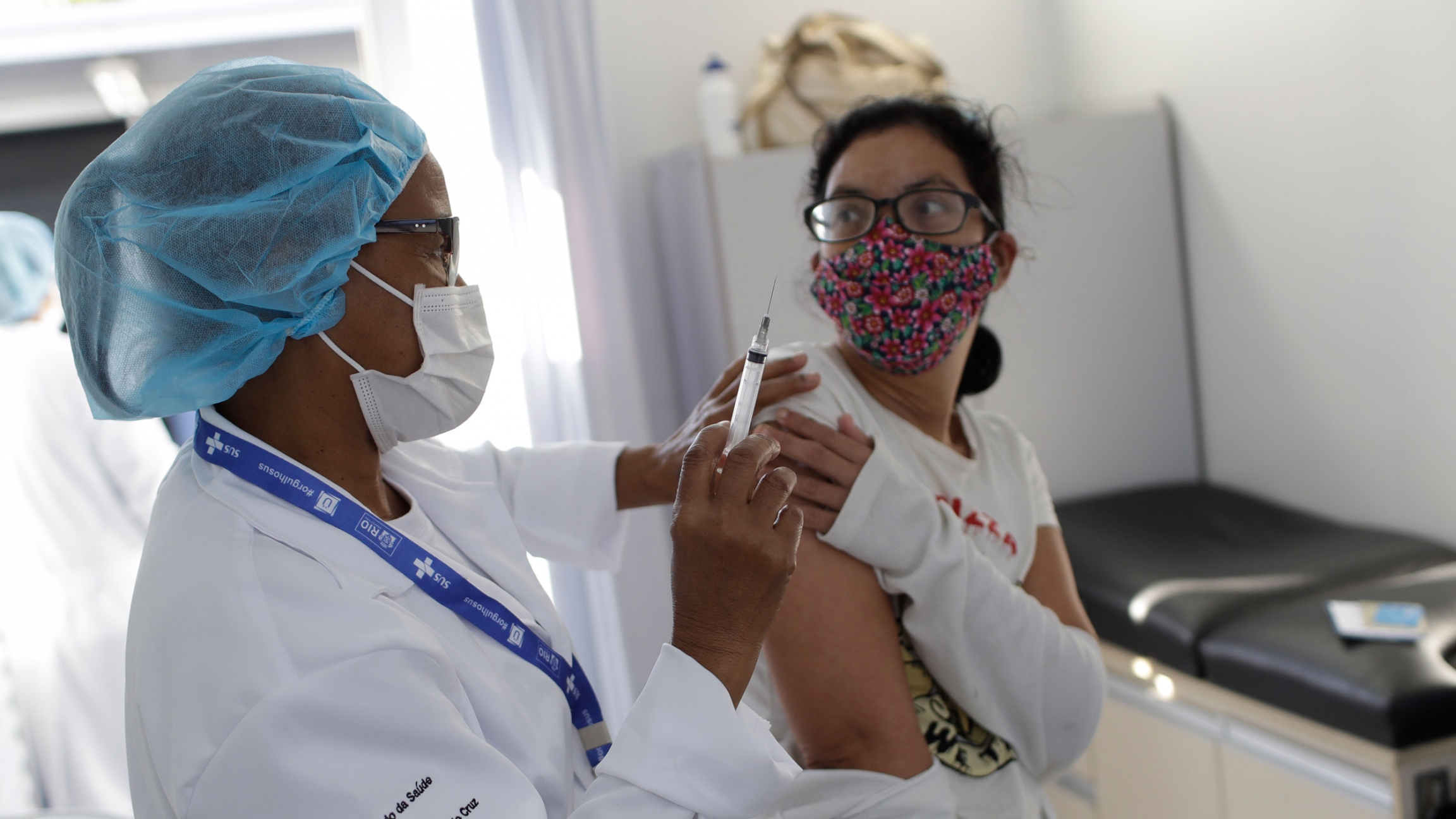 A resident gets a dose of the AstraZeneca vaccine on the first day of a three-day COVID-19 vaccination campaign for people over age 35 in the Complexo da Maré favela of Rio de Janeiro, July 29, 2021.

In Brazil, President Jair Bolsonaro has been public about his anti-vaccine position on COVID-19. Brazilians, on the other hand, have embraced it. According to a recent poll, 90% of Brazilians say they plan on getting vaccinated. Also, Afghans fleeing Taliban rule are starting to arrive in the US. Many are starting a new chapter of life in apartments, often arranged by refugee resettlement agencies. And, Vice President Kamala Harris is in midst of her Southeast Asia trip to reassure allies that the US remains committed to the region. Plus, the 2020 Paralympic Games have kicked off in Tokyo, with more than 4,000 athletes competing across 22 sports.