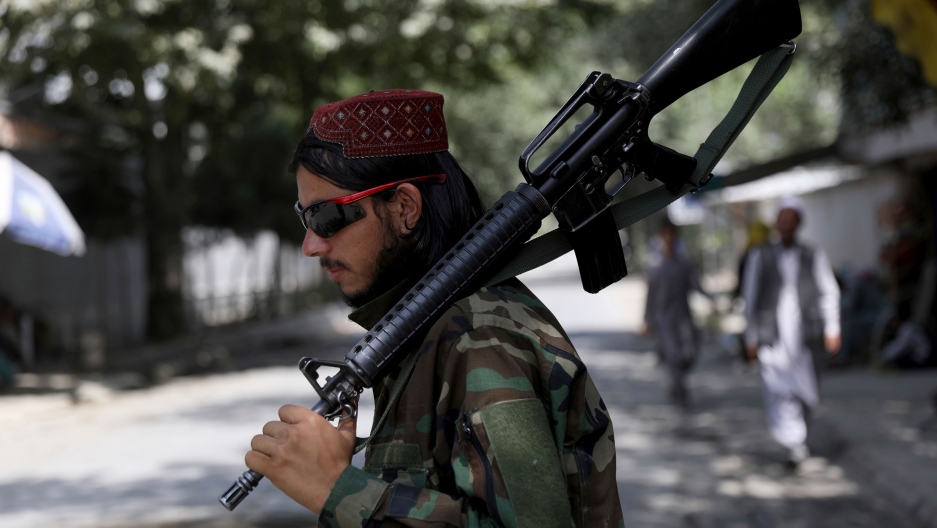 A Taliban fighter stands guard at a checkpoint in the Wazir Akbar Khan neighborhood in Kabul, Afghanistan, Aug. 22, 2021.

G-7 summit on Afghanistan
The G-7 will hold an emergency virtual summit on Afghanistan on Tuesday, a week after the Taliban took over the country. Many US allies have expressed their disappointment in the hasty manner of the US withdrawal, despite the changing dynamics on the ground. The UK, France, Germany and Japan have voiced concerns, and some of them are calling for an extension of the Aug. 31 deadline for US and NATO forces to leave the country. The Taliban, however, have warned against any such extension. Meanwhile, as thousands of people desperately try to leave the country, CIA Director William Burns held a secret meeting in Kabul with the Taliban’s top political leader, Abdul Ghani Baradar.

China
US Vice President Kamala Harris has accused China of coercion and intimidation in the South China Sea during her two-nation visit to Southeast Asia. She also assured countries in the region that they wouldn't have to choose sides between the world’s two largest economies, calling for human rights, freedom of the seas and unimpeded commerce. The Biden administration has made countering China’s influence globally a centerpiece of its foreign policy. During the Singapore leg of her trip, she also stressed the need to ease supply-chain constraints, following a surge of COVID-19 cases across factories in the region. Harris will conclude her trip in Vietnam.

Paralympics
The Paralympics have started in Tokyo — without spectators — at the National Stadium. The opening ceremony featured national flags of the 162 delegations, including the Afghan flag, which was carried by a volunteer in the absence of the national team. Taekwondoka Zakia Khudadadi was set to become the first woman from Afghanistan to compete in the Paralympic Games, but was unable to leave the country after last week’s Taliban takeover. Meanwhile, as COVID-19 cases continue to rise in Japan, the government has announced plans to expand the state of emergency to eight more prefectures.

How the Kabul airport went from calm to chaos 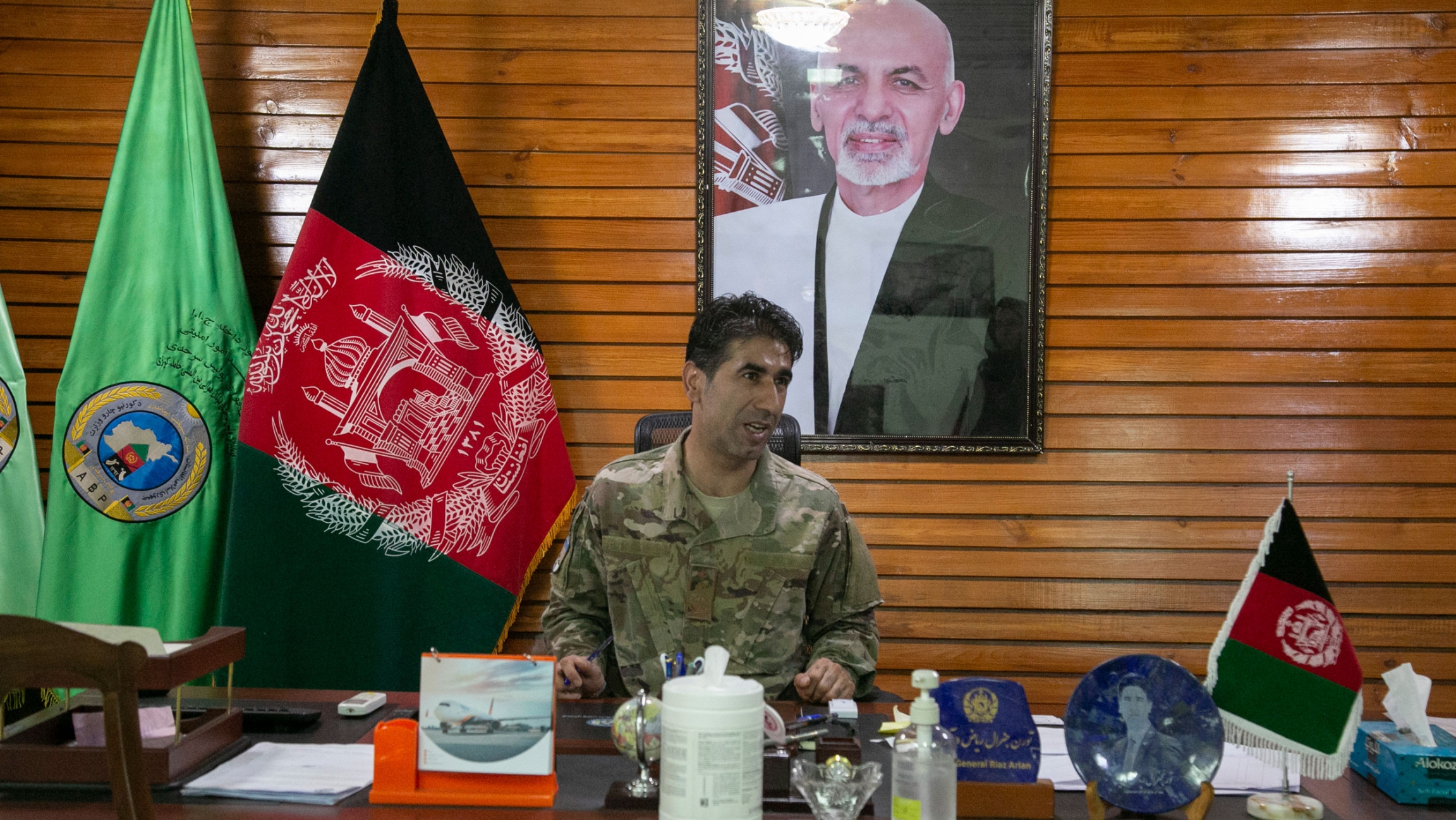 Maj. Gen. Mohammad Reyaz Arian was the top commander in charge of security at the Hamid Karzai International Airport until the Taliban takeover of Kabul.

Two weeks before the Afghan capital, Kabul, fell to the Taliban, The World interviewed the top man in charge of security at the airport, Maj. Gen. Mohammad Reyaz Arian. He was confident that the crucial entry-and-exit point to Afghanistan would be protected after US troops left.

When asked if he was worried about airport security after the full US troop withdrawal by the Aug. 31 deadline, he responded calmly, “I don’t have any big concerns. Everything is under control.” But within a matter of days, his confidence went by the wayside. 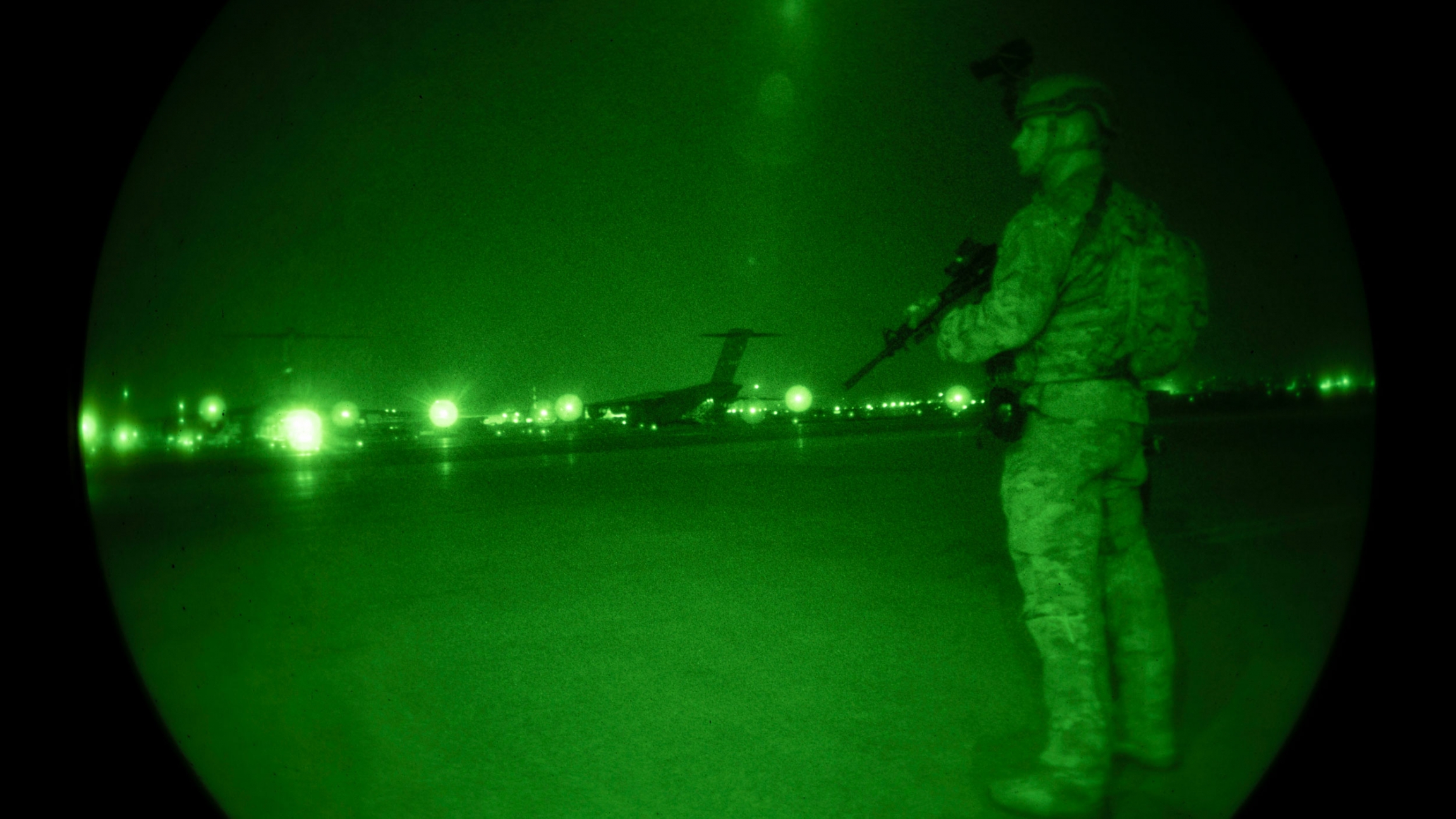 In this Aug. 22, 2021, image provided by the US Air Force and made through a night vision scope, a US Air Force security forces raven, assigned to the 816th Expeditionary Airlift Squadron, maintains a cordon around a US Air Force C-17 Globemaster III in support of Operation Allies Refuge at Hamid Karzai International Airport in Kabul, Afghanistan.

As the Taliban advanced on Kabul last weekend, the Afghan military retreated, leaving behind weapons — much of them being provided by the US. Jodi Vittori, a former US Air Force officer who served in Afghanistan, told The World's host Carol Hills that while a number of American aircraft flew to Uzbekistan, along with the pilots and their associated aircrews, the Taliban were able to capture some planes.

"We know that because they've shown pictures of them," Vittori said. "Some of those aircraft were not operational at the time, however. And we do have reports that the Taliban are looking for aircraft pilots and aircraft maintainers that might be able to get [them] back into the air."

🎙️ Josephine Baker was a US-born singer, dancer and performer who made her home in France, becoming one of the country’s all-time greatest music hall stars. Now, she will be given one of France’s greatest honors. Her remains will be moved to the Panthéon mausoleum in Paris — joining other French icons, such as Victor Hugo, Marie Curie and Jean-Jacques Rousseau. President Emmanuel Macron made the decision after a petition received nearly 40,000 signatures in France. 🎧

Listen: Many Afghans who helped Canadian military are stranded 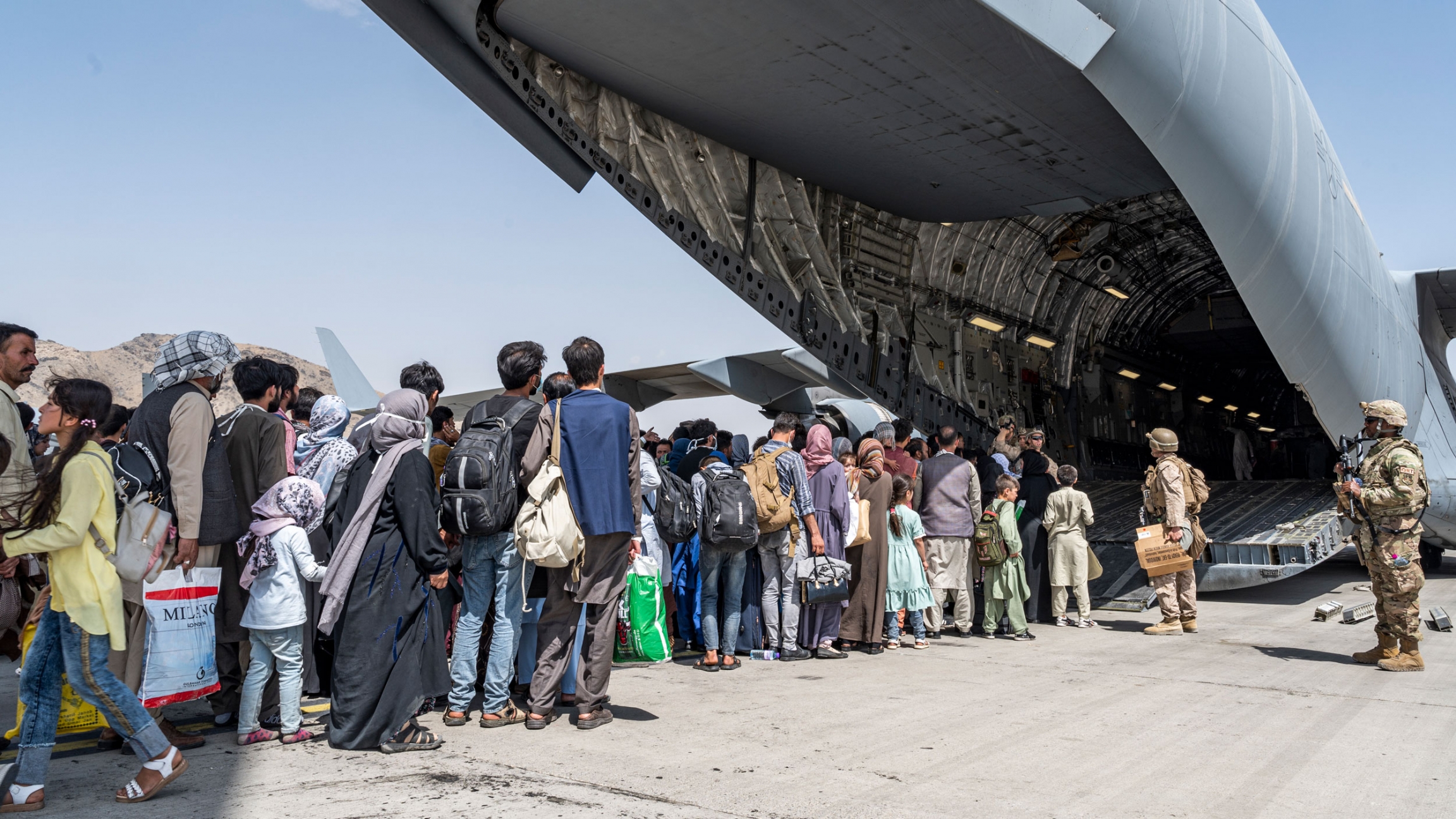 US Airmen and US Marines guide evacuees aboard a US Air Force C-17 Globemaster III in support of the Afghanistan evacuation at Hamid Karzai International Airport in Kabul, Afghanistan, in this Aug. 21, 2021, image provided by the US Air Force.

For months, advocacy groups have urged the Canadian government to evacuate Afghan staff and interpreters for the Canadian military. Now, Canada lacks the personnel in Afghanistan to help these former employees leave. Also, the Taliban may now possess US-made planes, helicopters, howitzers and small arms left behind by the retreating Afghan forces. How much of the Afghan arsenal will the Taliban use — and what would they need to maintain it? And US-born Josephine Baker became one of France’s all-time greatest music-hall stars. Baker becomes the first Black woman interred in Paris’ Panthéon mausoleum, joining other French legendary icons.