In 2015, Mullah Shawan was an imam who preached at a mosque in Erbil, the de-facto capital of Iraq’s Kurdish region — until he slipped across the front line and joined ISIS.

He shocked many Kurds with his message encouraging them, too, to join ISIS.

The Kurds are an ethnic group populating the border regions of Iran, Iraq, Syria and Turkey. They don’t have their own state — and for most, the national Kurdish identity and political struggle has been more important than religious ideology.

Related: Signs of a forgotten Jewish past in Mosul

When ISIS announced its so-called caliphate in Iraq and Syria, Muslims from around the world joined — the US, Europe and across the Middle East. The militants’ goal was to replace the area, one of religious diversity, with a Sunni Muslim caliphate.

The Kurds quickly became the front-line fighters against the militants but some Kurds also joined them.

In the wake of that, the Kurdish regional government, which promotes itself as the more democratic, tolerant Iraq, has been controlling religious messing. But critics say that the government has gone too far — and is undermining democracy in the region.

Even without a state of their own, Kurdish authorities are working to push a moderate version of Islam in schools across the region. 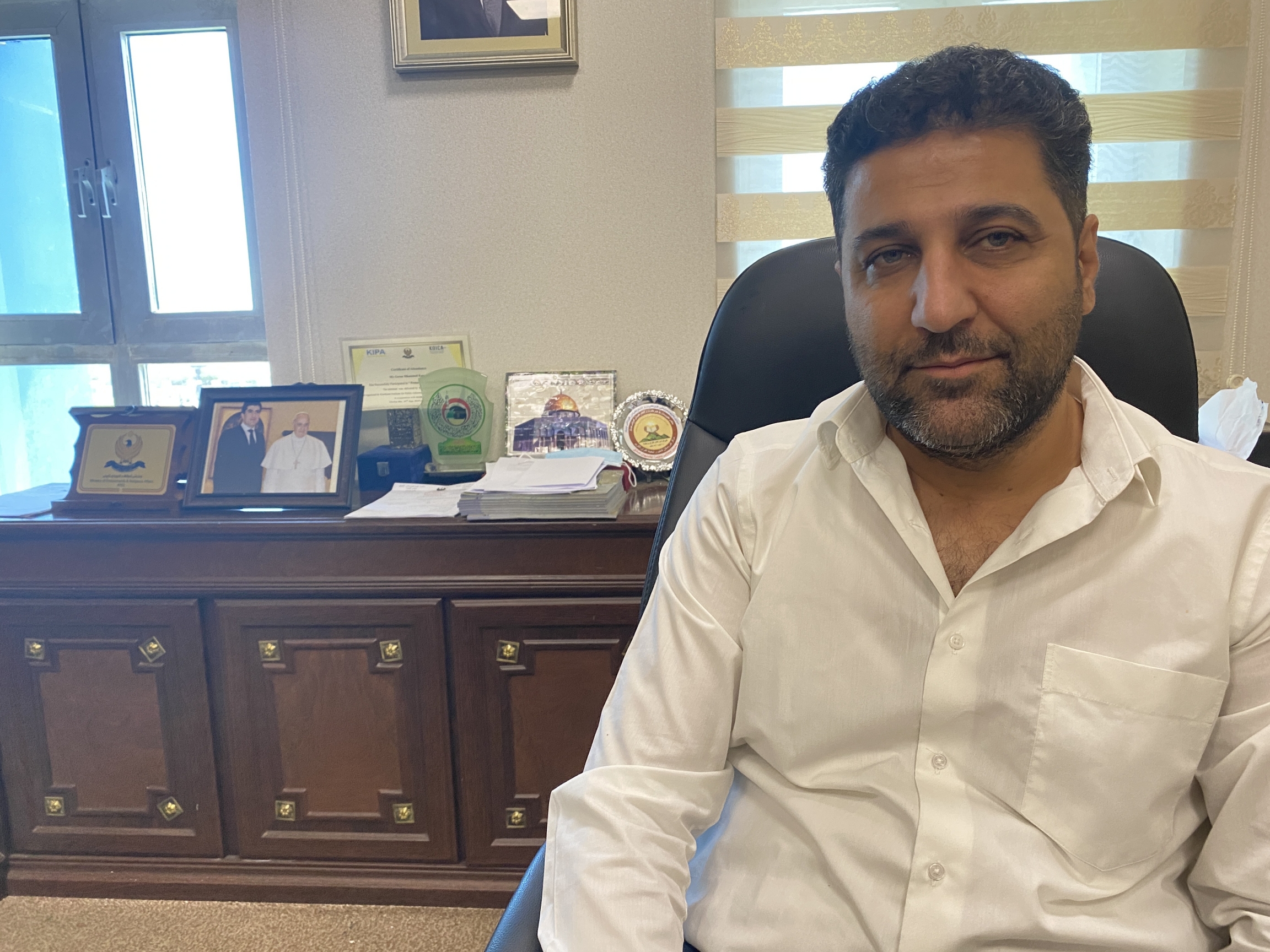 Goran Mohammed Karim if his office in Erbil, Iraq.

Each week, the ministry sends out a prescribed Friday sermon for all Kurdish imams, covering subjects like coexistence, women’s rights and how to be a good, moderate Muslim.

Imams in the Kurdish region are employees of the ministry and Karim said they have fired those that do not comply.

Imams are also required to record their sermons and submit them to authorities. They’re not allowed to speak about politics.

But some in the region say that the government only labels ideas extremist when they go against its political interests. Freedom, they say, applies to everything except religion.

To listen to more of this story, click on the audio player above.