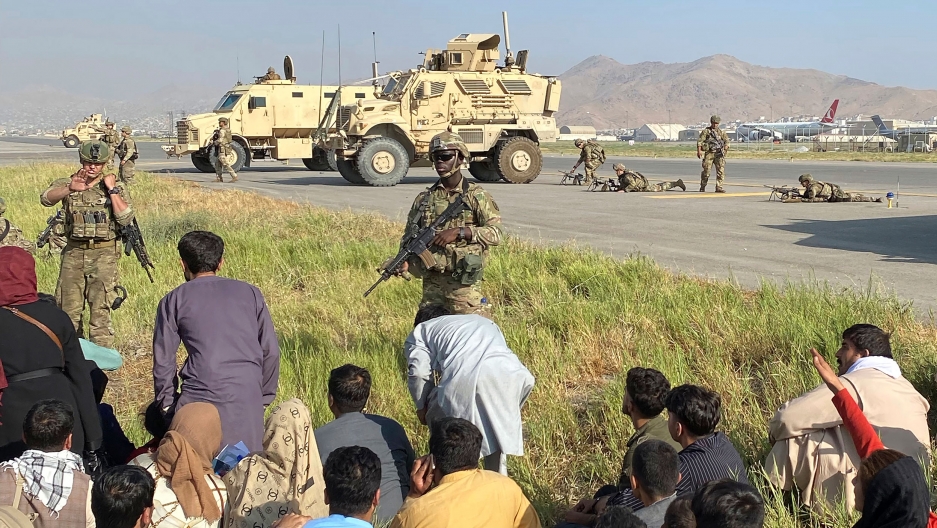 US soldiers stand guard along a perimeter at the international airport in Kabul, Afghanistan, Aug. 16, 2021.

Afghanistan
Two days after sweeping into power, the Taliban has declared general amnesty for Afghan government workers, calling on them to return to work and urging women to join. The announcement comes after mass panic in the wake of the fall of Kabul, as thousands of people rushed to flee the country. At least seven people died, including some who clung to the sides of a jet as it took off during evacuations. Top Taliban official Mullah Abdul Ghani Baradar is en route to  Afghanistan from Qatar — a country that’s been hosting talks between officials from the Taliban and the Afghan government for about a decade. Qatar’s foreign minister urged him to cease fire and pull back the offensive.

The Taliban takeover comes as US and NATO forces were in the process of completing their full withdrawal from Afghanistan by the end of August, after two decades of war. US President Joe Biden defended the pullout in a statement on Monday, saying, “I stand squarely behind my decision. After 20 years, I’ve learned the hard way that there was never a good time to withdraw US forces.” He then shifted blame to the Afghan government, adding, “American troops cannot and should not be fighting in a war and dying in a war that Afghan forces are not willing to fight for themselves.” A recent survey conducted by Morning Consult and Politico shows support among Americans for the withdrawal has dropped by 20% over the last several days. And while support remains for the US pullout of Afghanistan, Biden is now facing growing backlash.

Haiti
Tropical Storm Grace has drenched Haiti with rain, just two days after a 7.2 magnitude earthquake killed at least 1,419 people in the south and injured 6,000 others. The storm brings with it the risk of flash floods and landslides. Haiti’s civil protection agency said the heavy rainfall in the southern region has exacerbated the situation for displaced people and called on other residents to give them shelter. Rescue workers and medical teams have been scrambling to get aid to those affected. A similar devastating earthquake struck the Caribbean nation in 2010,  killing an estimated 200,000 people and decimating the capital Port-au-Prince.

This Afghan man who helped US Army Special Forces pleads for help to escape the Taliban: ‘They will kill us’ 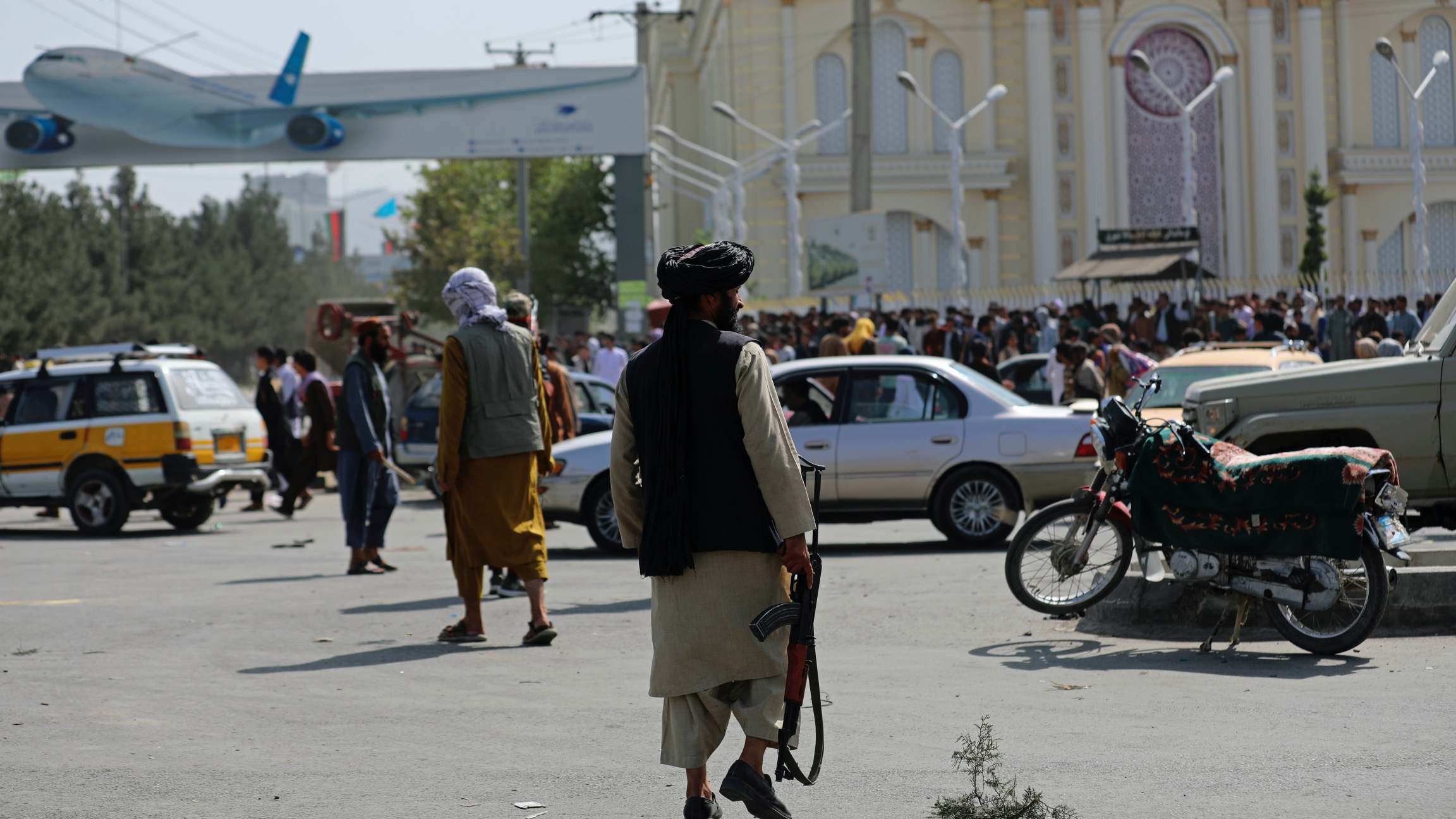 Taliban fighters stand guard in front of the Hamid Karzai International Airport, in Kabul, Afghanistan, Aug. 16, 2021. Thousands of people packed into the Afghan capital's airport on Monday, rushing the tarmac and pushing onto planes in desperate attempts to flee the country after the Taliban overthrew the Western-backed government.

One of the people desperate to get out of Afghanistan is a man named Moh — we're not using his full name because his life is at risk. He worked for six years with US Army Special Forces, removing land mines. Ever since then, he says the Taliban has hounded him with death threats. Moh told The World's Marco Werman that he doesn't have a visa or ticket and is not sure how to travel and escape the Taliban. 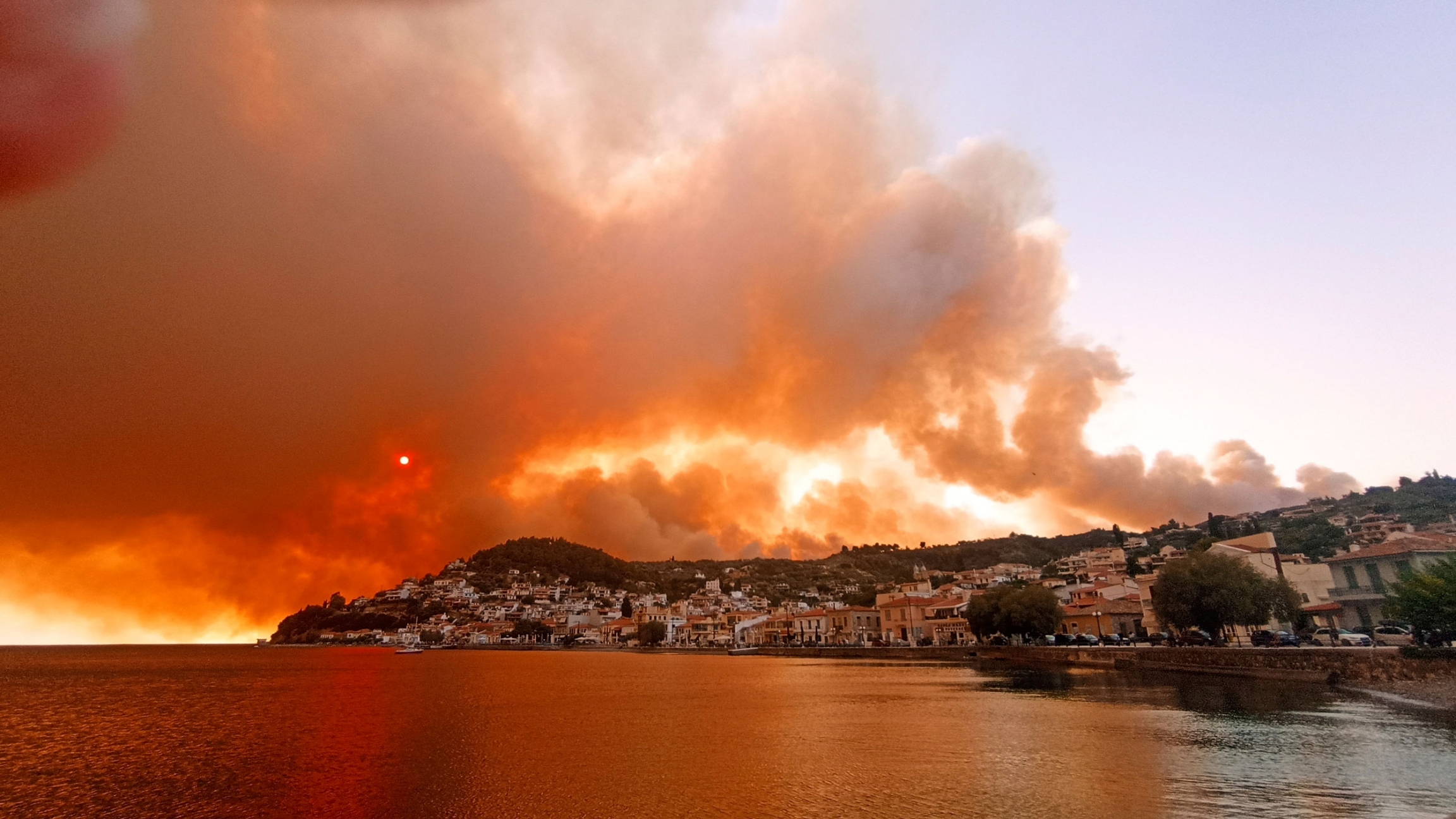 Flames burn on the mountain near Limni village on the island of Evia, about 100 miles north of Athens, Greece, Aug. 3, 2021.

Climate change is driving extreme weather events across the globe and exacerbating health conditions and disparities. The World's Environment Editor and Correspondent Carolyn Beeler will take your questions and moderate a discussion with Harvard T.H. Chan School's Renee Salas, who will explore the deepening crisis at the intersection of climate change and health.

With the news weighing heavy on the minds of many around the world, here's something to lift spirits. Legendary Jamaican musician, Jimmy Cliff, who turned 77 at the end of July, has just released a new single titled "Human Touch." Take a second and breathe in that Jamaican air.

The return of #JimmyCliff: ‘Rebel spirit is still in the Jamaican people’ https://t.co/VbewX0yw7J #reggae #Jamaica 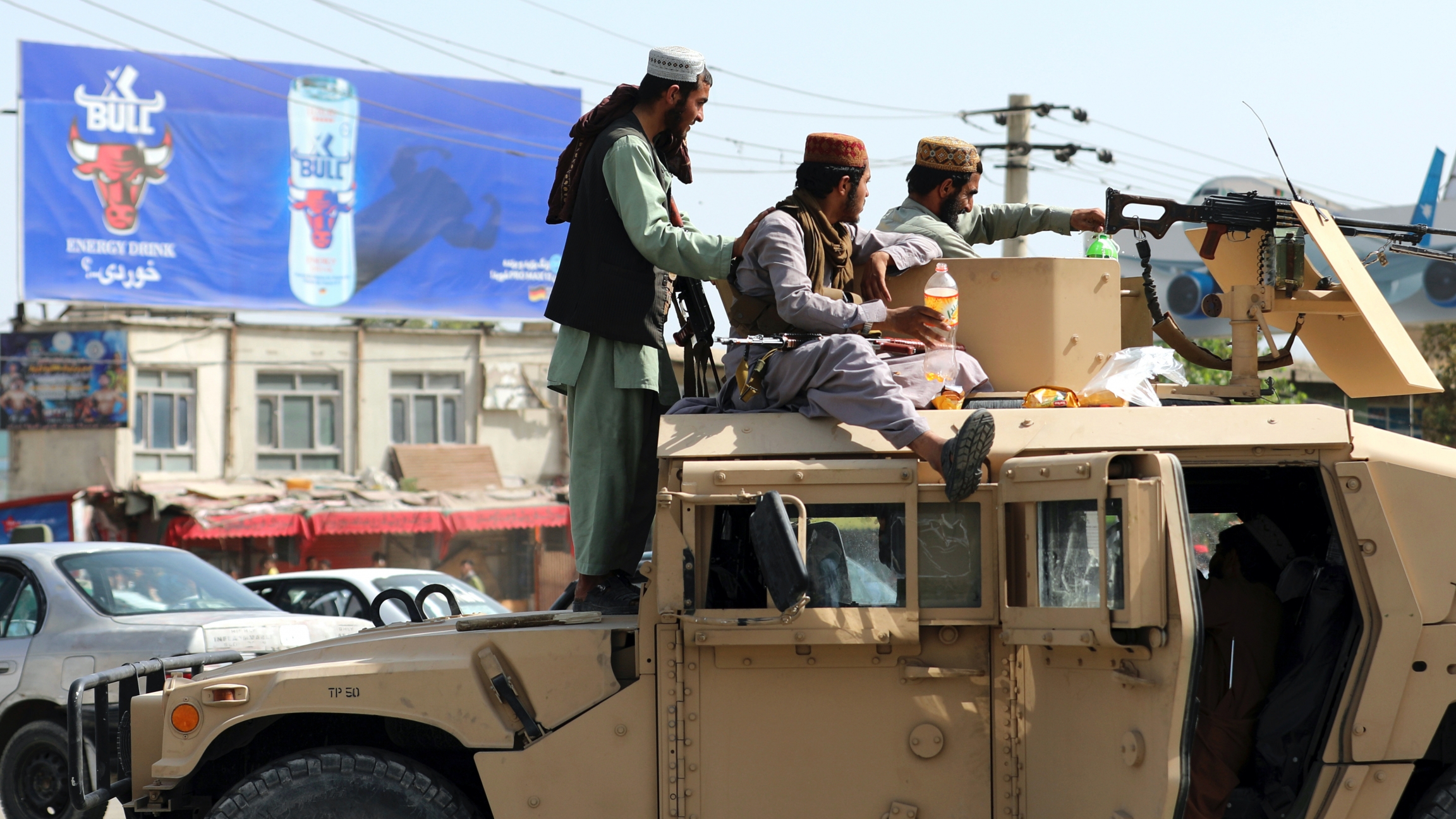 Taliban fighters stand guard in front of the Hamid Karzai International Airport, in Kabul, Afghanistan, Aug. 16, 2021. Thousands of people packed into the Afghan capital's airport on Monday, rushing the tarmac and pushing onto planes in desperate attempts to flee the country after the Taliban overthrew the Western-backed government.

Afghanistan is now under control of the Taliban. Host Marco Werman talks to a US government interpreter who says the Taliban has hounded him with death threats. Plus, the latest on the airlift at the Kabul airport, and what the first days of life under Taliban rule have been like for women. Also, Zambia is setting a good example for peaceful transitions of power, with President Edgar Lungu accepting the election results that he lost last week's election there. And, we have a story about dogs being trained as lifeguards — and they’re saving lives on Italian beaches.