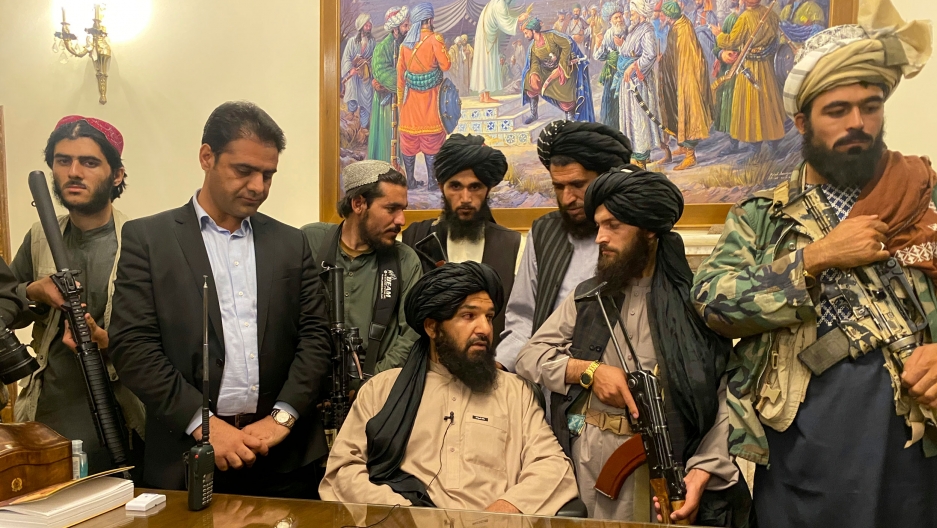 The Taliban swept into Kabul on Sunday after President Ashraf Ghani fled the country, bringing a stunning end to a two-decade campaign in which the US and its allies had tried to transform Afghanistan.

The country's Western-trained security forces collapsed or fled in the face of an insurgent offensive that tore through the country in just over a week, ahead of the planned withdrawal of the last American troops at the end of the month.

In the capital, a tense calm set in, with most people hiding in their homes as the Taliban deployed fighters at major intersections. There were scattered reports of looting and armed men knocking on doors and gates, and there was less traffic than usual on eerily quiet streets. Fighters could be seen searching vehicles at one of the city's main squares. 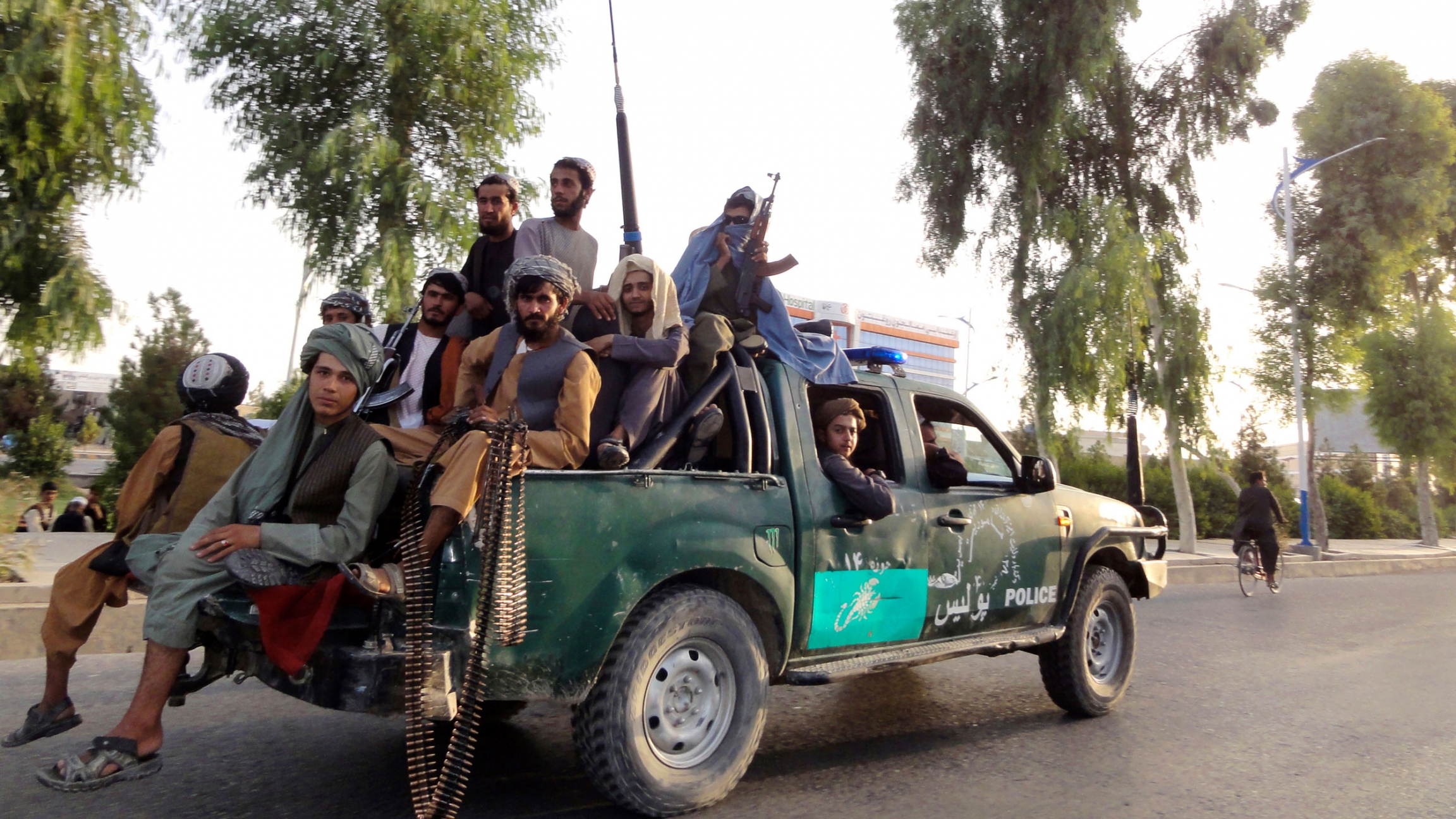 Many fear chaos, after the Taliban freed thousands of prisoners and the police simply melted away, or a return to the kind of brutal rule the Taliban imposed when it was last in power. They raced to Kabul's international airport, where the "civilian side" was closed until further notice, according to Afghanistan's Civil Aviation Authority. The military was put in control of the airspace.

Videos circulating on social media showed hundreds of people running across the tarmac as US soldiers fired warning shots in the air. One showed a crowd pushing and shoving its way up a staircase, trying to board a plane, with some people hanging off the railings.

In another video, hundreds of people could be seen running alongside a US Air Force transport plane as it moved down a runway. Some climbed onto the side of the jet just before takeoff. That raised questions about how much longer aircraft would be able to safely take off and land.

Massouma Tajik, a 22-year-old data analyst, described scenes of panic at the airport, where she was hoping to board an evacuation flight.

After waiting six hours, she heard shots from outside, where a crowd of men and women were trying to climb aboard a plane. She said US troops sprayed gas and fired into the air to disperse the crowds after people scaled the walls and swarmed onto the tarmac. Gunfire could be heard in the voice messages she sent to The Associated Press.

Shafi Arifi, who had a ticket to travel to Uzbekistan on Sunday, was unable to board her plane because it was packed with people who had raced across the tarmac and climbed aboard, with no police or airport staff in sight.

"There was no room for us to stand," said the 24-year-old. "Children were crying, women were shouting, young and old men were so angry and upset, no one could hear each other. There was no oxygen to breathe."

After another woman fainted and was carried off the plane, Arifi gave up and went back home.

The US Embassy has been evacuated and the American flag lowered, with diplomats relocating to the airport to aid with the evacuation. Other Western countries have also closed their missions and are flying out staff and nationals.

Afghans are also trying to leave through land border crossings, all of which are now controlled by the Taliban. Rakhmatula Kuyash, 30, was one of the few people with a visa allowing him to cross into Uzbekistan on Sunday. He said his children and relatives had to stay behind.

"I'm lost and I don't know what to do. I left everything behind," he said.

The speed of the Taliban offensive through the country appears to have stunned American officials. Just days before the insurgents entered Kabul with little if any resistance, a US military assessment predicted it could take months for the capital to fall.

The rout threatened to erase 20 years of Western efforts to remake Afghanistan that saw more than 3,500 US and allied troops killed as well as tens of thousands of Afghans. The initial invasion drove the Taliban from power and scattered al-Qaida, which had planned the 9/11 attacks while being sheltered in Afghanistan. Many had hoped the Western-backed Afghan government would usher in a new era of peace and respect for human rights.

As the US lost focus on Afghanistan during the Iraq war, the Taliban eventually regrouped. The militants captured much of the Afghan countryside in recent years and then swept into cities as US forces prepared to withdraw ahead of an Aug. 31 deadline.

Under the Taliban, which ruled in accordance with a harsh interpretation of Islamic law, women were largely confined to their homes and suspected criminals faced amputation or public execution. The insurgents have sought to project greater moderation in recent years, but many Afghans remain skeptical.

Suhail Shaheen, a Taliban spokesman, tweeted that fighters had been instructed not to enter any home without permission and to protect "life, property and honor." The Taliban have also said they will stay out of the upscale diplomatic quarter housing the US Embassy complex and the posh villas of US-allied former warlords who have fled the country or gone into hiding.

Those assurances are part of an effort by the Taliban to "shape the narrative that their accession to power is legitimate — a message for both inside Afghanistan and beyond its borders," the Texas-based private intelligence firm Stratfor wrote.

When the Taliban last seized Kabul in 1996, it had been heavily damaged in the civil war that broke out among rival warlords after the Soviet withdrawal seven years earlier. The city was then home to around a million people, most traveling on dusty roads by bicycle or aging taxi.

Today Kabul is a built-up city home to 5 million people where luxury vehicles and SUVs struggle to push through endemic traffic jams.

Wahidullah Qadiri, a resident of the city, said he hoped for peace after decades of war that have claimed the lives of two of his brothers and a cousin.

"We haven't seen anything but catastrophes and fighting," he said, "so we always live with hope for a long-lasting peace."