The Taliban have taken over the Afghan city of Herat, capping three weeks of furious fighting in which both men and women took up arms to defend their city while many residents fled gunfights and rocket attacks.

The fall of Herat follows a two-month advance by the Taliban to take control of Afghanistan during the withdrawal of US troops that began in May 2021. American and Afghan politicians such as Fawzia Koofi warned that the withdrawal would have “huge consequences,” but the speed with which the Taliban have gained territory has surprised many. 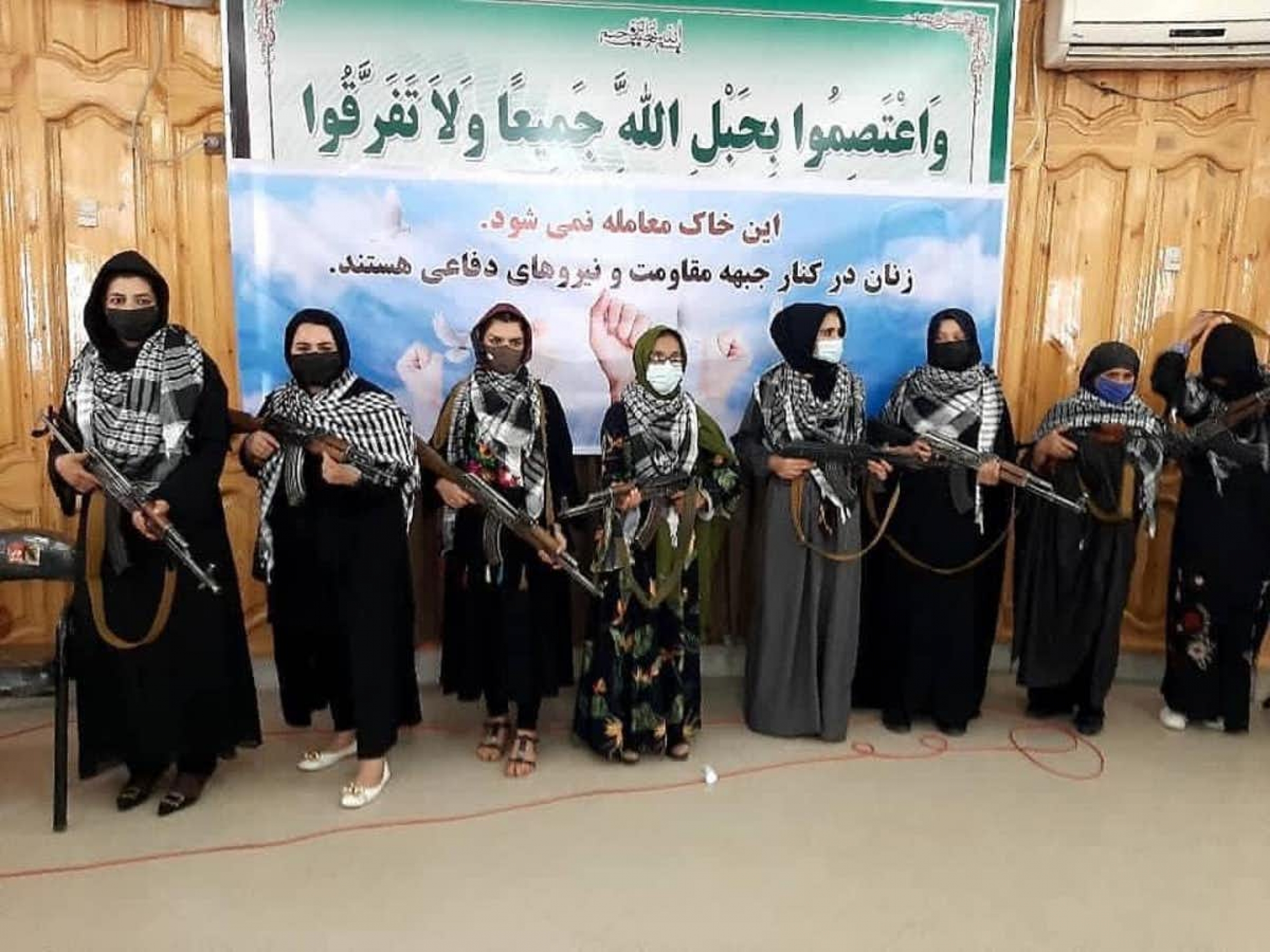 Radio Nowruz published this photo it said was of women in Herat who had taken up arms against the Taliban.

Herat, located in western Afghanistan about 75 miles from the border with Iran, is Aghanistan’s third-largest city and is considered its cultural capital because of its spectacular architecture, fine arts community and historical sites. It has been sacked and rebuilt since the days of Alexander the Great in the fourth century BC.

Some experts fear the cultural heritage of Afghanistan is at risk under Taliban rule.

Also at risk is one of Afghanistan’s biggest dams: the internationally financed Afghan-India Friendship Dam, formerly the Salma Dam, on the Harirud River. It’s the main source of electricity and irrigation water for hundreds of thousands of people in western Afghanistan. 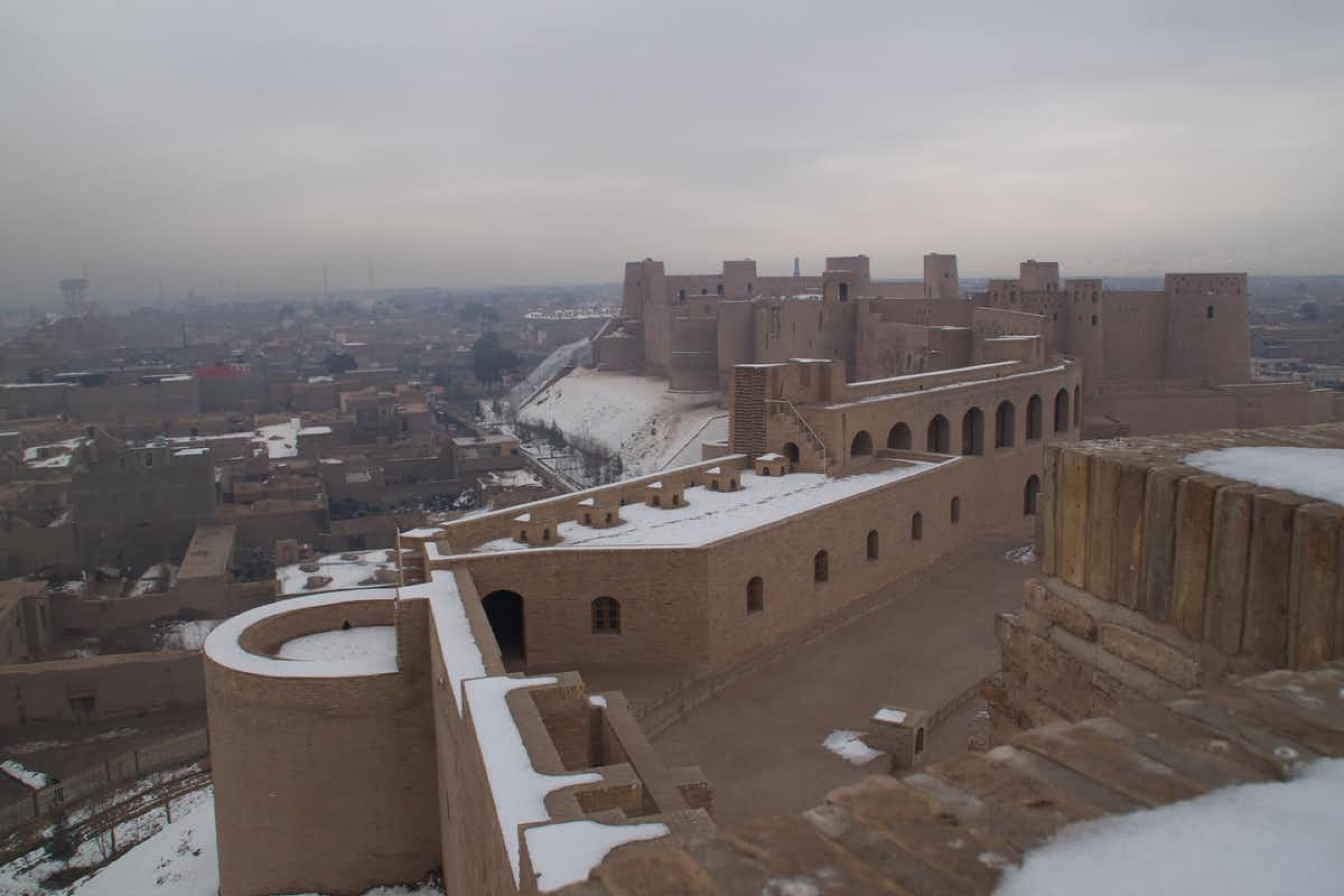 The Citadel of Herat, which dates to 330 BC, holds a commanding view of the surrounding city.

We are two scholars — one American, one Afghan — who have both studied and written about energy, natural resources and water in Afghanistan. One of us, Asef Ghafoory, is from Herat and has watched as the Taliban have assaulted his home city — and the nearby dam — in recent weeks.

On Aug. 12, Taliban fighters seized police stations and government buildings in Herat and filled the streets, shooting their guns in celebration of this major military victory.

Afghanistan’s economy is heavily reliant on agriculture, so dams and water infrastructure are critical for livelihoods, as well as for drinking water and public hygiene. According to the World Bank, about 70% of Afghans live and work in rural areas and depend upon agriculture — and the dams for irrigation. 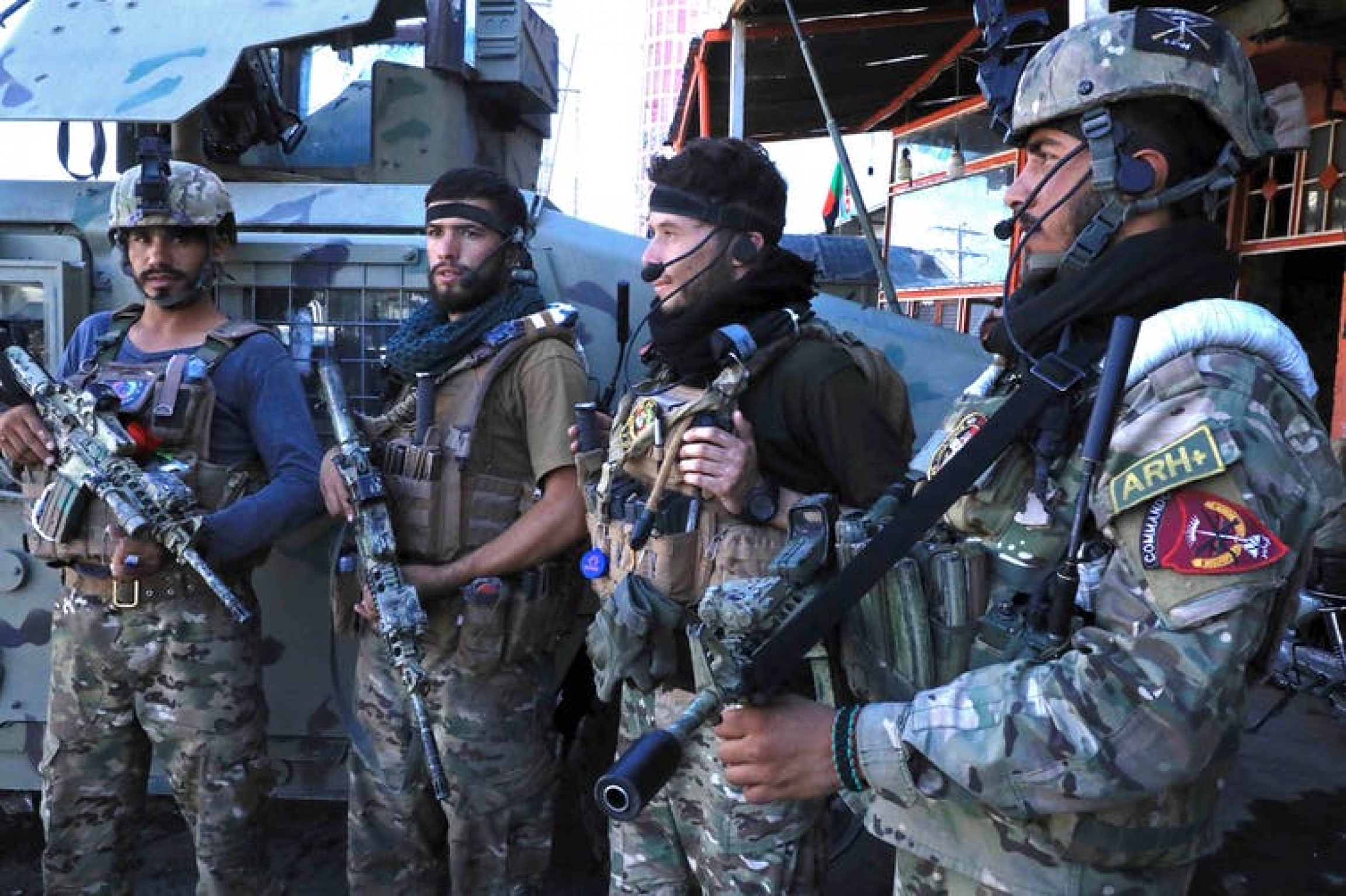 Afghan security forces stand guard on a roadside in Herat on Aug. 12, 2021, as the Taliban seized the city.

The Afghan-India Friendship Dam was funded and built by India. This US$300 million dam, which sits in Chishti Sharif District of Herat Province, is perhaps the most important joint project between the neighboring nations and is a point of pride for both governments. Afghan President Ashraf Ghani and Indian Prime Minister Narendra Modi inaugurated it together in June 2016. The structure serves as both a hydroelectric and irrigation dam.

The Taliban have been targeting the Afghan-India Friendship Dam dam for weeks in their assault on Herat. According to a security guard at the site who used the older name for the structure, the dam “has witnessed 10 Taliban attacks in the past week, and 10 rockets have been fired at Salma Dam, two of which hit the body of the dam.” 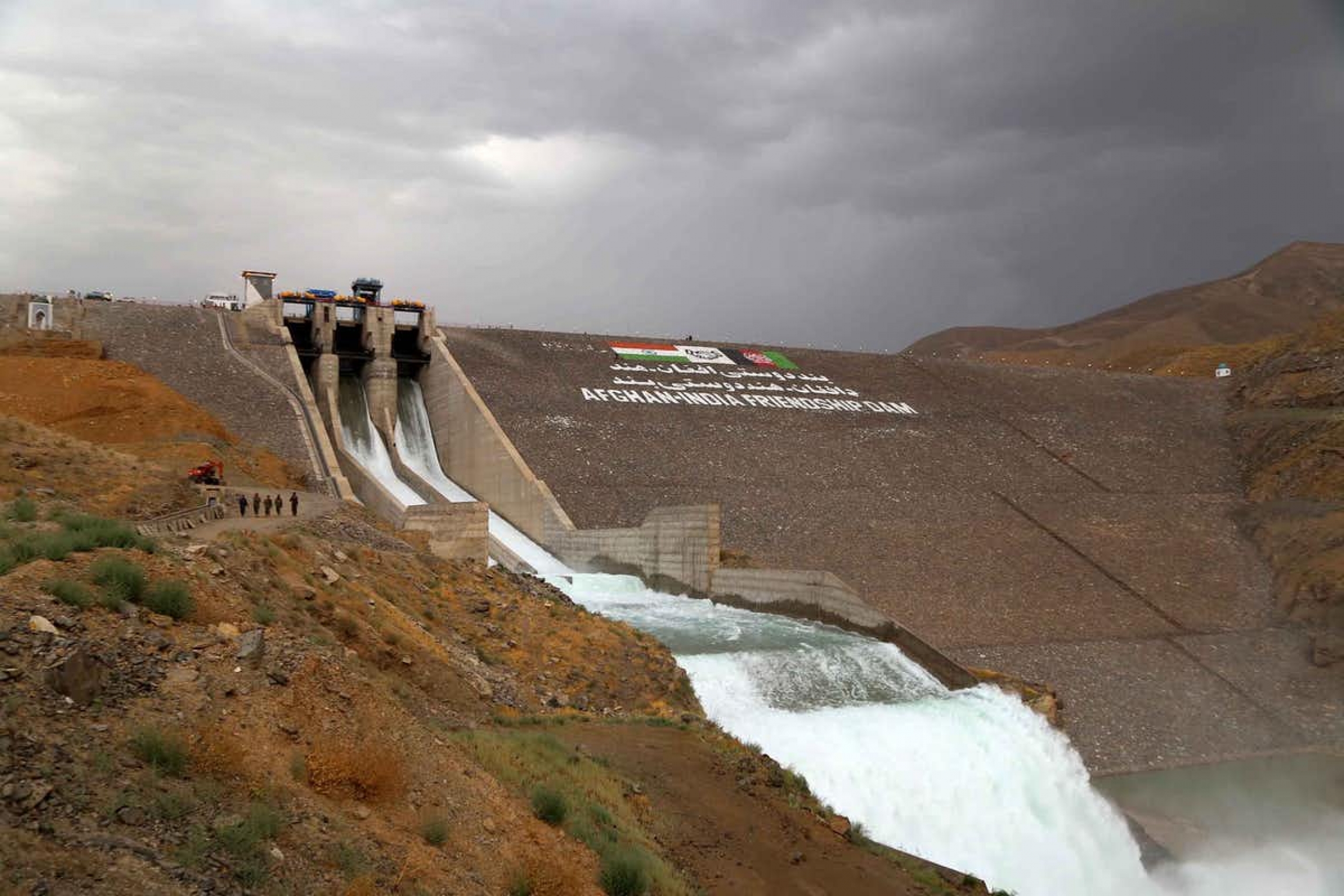 The Afghan-India Friendship Dam in Herat Province, also known as the Salma Dam, opened in 2016.

On Aug. 3, 2021, Fawad Aman, an Afghan defense ministry spokesman, posted to his Twitter account that strikes on the dam had failed, and the Taliban “suffered several casualties” in those attacks. The post has now been deleted.

The National Water Authority confirms that a number of mortars have been fired at the dam in recent days.

Taliban fighters are known to target public infrastructure like roads, bridges and dams. Experts we spoke with who wish to remain anonymous feel that the Taliban want to control, not destroy, the dams they seize. They can use water access to coerce the local populations.

A complete Taliban takeover of Afghanistan could threaten at least $3 billion of Indian investment in Afghan infrastructure, including the dam in Herat.

Under normal circumstances, there are 600 soldiers on site to protect the dam, according to Ali Ahmad Osmani, Afghanistan’s former minister of energy and water. In an interview conducted in the days before Herat fell to the Taliban, he told us that number had dropped by 70%.

The Afghan National Water Authority said in a July 16, 2021, statement that if the Afghan-India Friendship Dam was damaged, it would affect people in eight downstream districts that depend on the water stored there. The dam provides irrigation for nearly 10,000 acres and electricity for 40,000 families.

For the Taliban, threatening Afghanistan’s dams seems to serve as a way to terrorize the people.

Already protracted drought in Herat has caused increased conflicts and displacement. Some families are being forced to sell their children, according to a June 2021 report by the nonprofit International Rescue Committee. 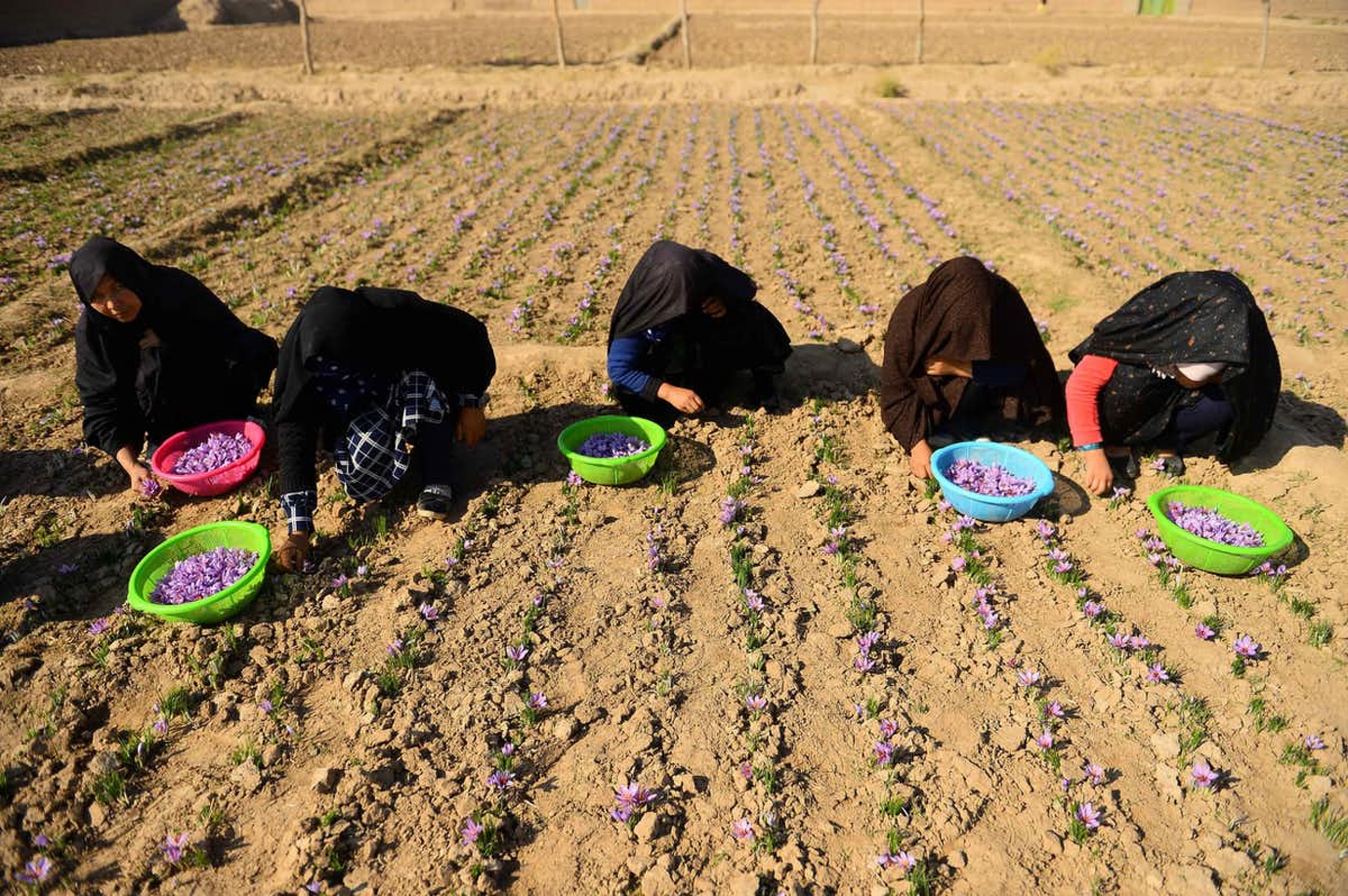 Afghan women harvest saffron flowers in a field on the outskirts of Herat Province in 2018. The region has been suffering a drought for years.

When rural Afghans cannot earn money for savings and wedding preparations, it makes them a target for recruitment by the Taliban, Massoud Hossaini, a prominent Afghan journalist and Pulitzer Prize-winning photographer who has covered the war in Afghanistan, told us.

The Taliban pay their fighters significantly more than they can earn even in a good farming season.

In an Aug. 12, 2021, interview with the former governor of Herat, Daud Shah Saba, said he hoped that “the dams were protected for the Afghan people.”

[Over 110,000 readers rely on The Conversation’s newsletter to understand the world. Sign up today.]