On a stormy day in late July, down by London’s Docklands area, Simon Cheng shelters from the lashing rain under a pub awning.

The surrounding, gleaming skyscrapers of the financial district, abutting the watery expanse of the River Thames, bear a distant resemblance to Hong Kong, Cheung’s hometown from where he was forced to flee.

Cheng is among the tens of thousands of Hong Kongers who have applied for special new UK visas following China's crackdown on Hong Kong.

Cheng, a 30-year-old former employee of the British Consulate in Hong Kong, was detained by security services during a business trip to mainland China in August 2019 and says he was subject to a brutal ordeal.

“The whole scenario felt like a kidnapping,” Cheng told The World. “They took me, blindfolded and shackled, to an unknown place that was deathly silent, except the sound of the air conditioning. Then, I heard some sounds of furniture being moved around, and I knew that torture would begin.”

Cheng says he was beaten, forced to adopt stress positions, deprived of sleep and made to sing the Chinese national anthem. During his interrogation, he was accused of working with the British authorities to incite anti-government street protests that have erupted in Hong Kong in recent years. Cheng denies the charges, though he is a supporter of the pro-democracy movements in the city.

“I still remember the doctor in the detention center sighing when he examined me and saw that I had experienced torture.” 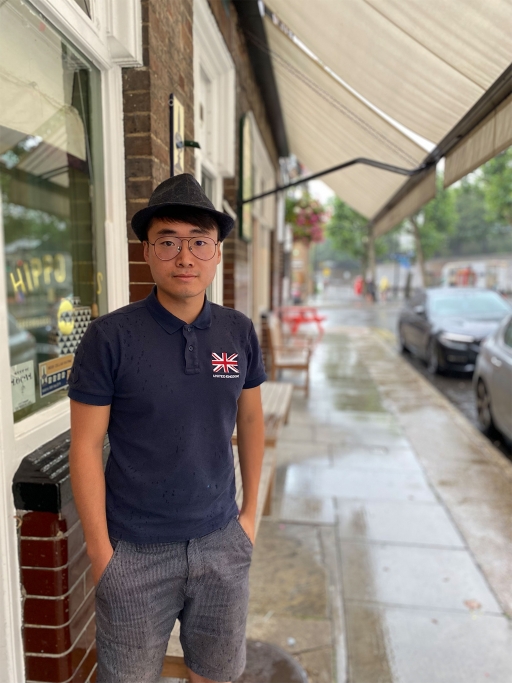 “I still remember the doctor in the detention center sighing when he examined me and saw that I had experienced torture,” Cheng said. “The police told me to say that I slipped on the floor.”

After 15 days, he was released and told to keep quiet or else face extradition back to China. Cheng, no longer feeling safe, fled to Taiwan, and then began negotiating political asylum with British authorities before arriving in the UK in 2020.

When Britain transferred control of its former colony back to China in 1997, it was agreed that some of its democratic freedoms not enjoyed on the Chinese mainland would be maintained under an arrangement known as “one country, two systems.” Critics charge that Beijing has been imposing its authoritarian will on Hong Kong and eroding these rights, most notably through the draconian National Security Law passed in June 2020 that significantly curtails freedom of speech and protest. Independent media have been shuttered, opposition businessmen jailed and protests brutally put down.

Related: In Hong Kong, lighting a candle for Tiananmen victims is now a crime

It was in reaction to the latter law that the British government announced in July 2020 a new visa route for Hong Kongers who hold a colonial-era British National Overseas (BNO) passport, to live and work in the UK for five years along with a path to citizenship. Prime Minister Boris Johnson called it one of the biggest changes to the visa system in British history and one that honors “our profound ties of history and friendship with the people of Hong Kong.”

Around 350,000 people in the territory hold BNO passports, and a further 2.5 million would be eligible to apply for them. In the first three months of 2021, just under 35,000 Hong Kongers took up the offer.

Lin Kwong left a good life and a job teaching sports management at a college in Hong Kong as soon as she heard about the program. She said she feels welcome in London, “like one of the locals,” but is still adjusting to the bureaucracy of setting up a new life — like finding a place to live.

“It’s a cycle. If you don’t have a valid proof of address, the bank won’t let you open an account. At the same time, if you don’t have a valid bank account, maybe it’s difficult for you to rent a house,” Kwong, 41, said. “I know it’s quite difficult for [the] UK government to adjust the system at once. This is new for us, and it’s also new for them.”

Kwong has a 12-year-old son, and one of her major motivations to move to London was so that he could enjoy the freedom of speech that is quickly evaporating back home.

“People can have different standpoints, but we now have the freedom to choose. That’s very important for my kid and for the next generation.” 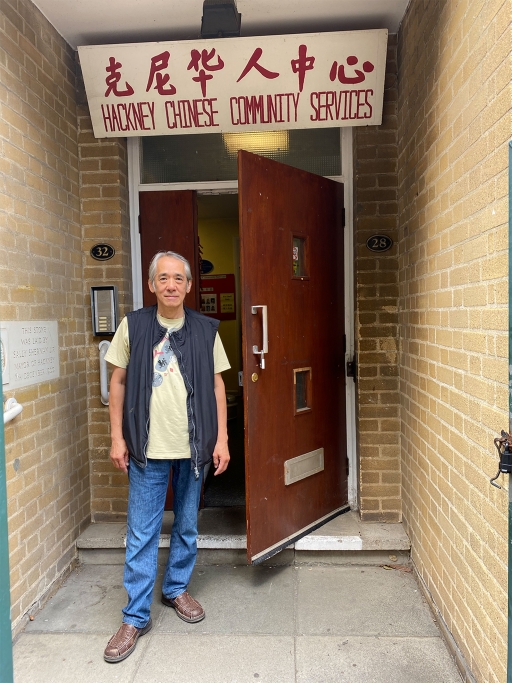 Since the 1980s, the Hackney Chinese Center in east London has welcomed successive waves of refugees fleeing political upheaval in East Asia. On a Friday, the venue was crowded with old men singing karaoke, women serving up vast plates of steamed pork and crowds gathering around mahjong games and massage classes.

Center manager Jabez Lam said that as soon as the BNO visa route was announced, Hong Kongers were arriving unannounced at UK airports, often without any idea of where to go for help.

“I would have preferred that the government realized the need to have support in place before they announced the BNO visa,” Lam said. “It’s such a new development, and one that commenced during [the] time of COVID, so most landlords and real estate agents are not aware of it and don’t allow the right to rent. The government says up to 350,000 Hong Kongers will come in the next five years. I think that figure will turn out to be an underestimate.”

Lam said that one of the most pressing needs, along with housing and employment, is mental health support for the new arrivals. Young people, in particular, he said, are suffering both from the trauma of the events they witnessed back home and the hardship of moving to the other side of the world.

“Parents are receiving reports from teachers about children showing signs of PTSD. Young people frequently talk about the hardship. I was talking to somebody yesterday who spoke about suicidal urges.”

In July, the British government announced a fund totaling around $60 million to help Hong Kongers integrate. But for exiles from other places, the UK experience is often much harsher. An upcoming bill that would invalidate asylum claims of those arriving irregularly, along with detaining asylum-seekers in unsafe military barracks, has drawn sharp criticism from the United Nations and the Red Cross, who dubbed the proposals “inhumane.”

Emily Venturi, from the London think tank Chatham House, thinks that the BNO visa policy, while generous, focuses too heavily on one specific geopolitical situation.

Related: England indoor dining resumes, but where are all the staff?

“It’s important for the UK to have a solid reckoning when it comes to its colonial and military legacies, as well as strengthen its consistency on its immigration and foreign policies,” Venturi said.

“This is an opportunity for a discussion on the broader approach to people from countries like Afghanistan and Iraq who, so far, have not received the same treatment and who are at risk of their asylum rights being curtailed under upcoming policies.”

Back on the Docklands, Cheng said that his newfound freedom has come at a price, having made the heartbreaking decision to cut ties with family in Hong Kong for their safety. It’s becoming harder for others to even leave the city, thanks to a new immigration bill passed by Hong Kong’s legislature in April, that came into effect earlier this month. But from his new base in London, Cheng is now using his platform to help other fellow exiled Hong Kongers to keep fighting.

“Personally, I believe that I could return to my hometown, but only on one condition; that democracy and freedom return also. That’s the faith that I want to convey to our Hong Konger community in the UK. We need to be well-prepared that it will be a long-term fight.”