On a late Friday night in Khartoum, a small crowd of young men and women dances at Al-Sutooh, a newly opened rooftop venue that holds cultural events in the city.

A popular female singer, Mahdia, sings in Arabic to a live band as Samia al-Jalabee, the venue’s owner, pulls members of the audience to their feet, encouraging them to dance.

“Until now, a lot of events happened in closed areas. The rooftop is a new idea,” Jalabee explained. “It’s an idea of a free space … a place directly open to the sky.”

Jalabee opened the rooftop venue this year, and it’s one of few places in Khartoum to enjoy live music. The place serves coffee, tea and snacks.

For 32-year-old Jalabee, the rooftop symbolizes the newly gained freedoms that women, in particular, have had in Sudan since the 2019 revolution that saw former president Omar-al Bashir ousted from office after 30 years in power.

Today in Sudan, women can freely wear their hair uncovered in public and wear trousers. Women now hold top positions in leadership and genital mutilation has been banned.

Some women in Sudan say that the new government’s changes are a good start for undoing historic, gender-based oppression, but that the country has a long way to go on women’s rights.

“We were suffering from the old laws for 30 years.”

“We were suffering from the old laws for 30 years,” said Jalabee, who was one of countless Sudanese who took to the streets to reject Bashir’s oppressive, Islamic regime.

In particular, the Public Order law of 1991, which said anyone who commits an indecent act in public, or wears indecent clothes can be flogged, fined or both. The morality law was enforced by special police with a broad mandate for interpretation.

At Al-Sutooh, some young women told The World they would have never attended a public event like this with their hair uncovered or danced openly with men out of fear of arrest under the Public Order law. 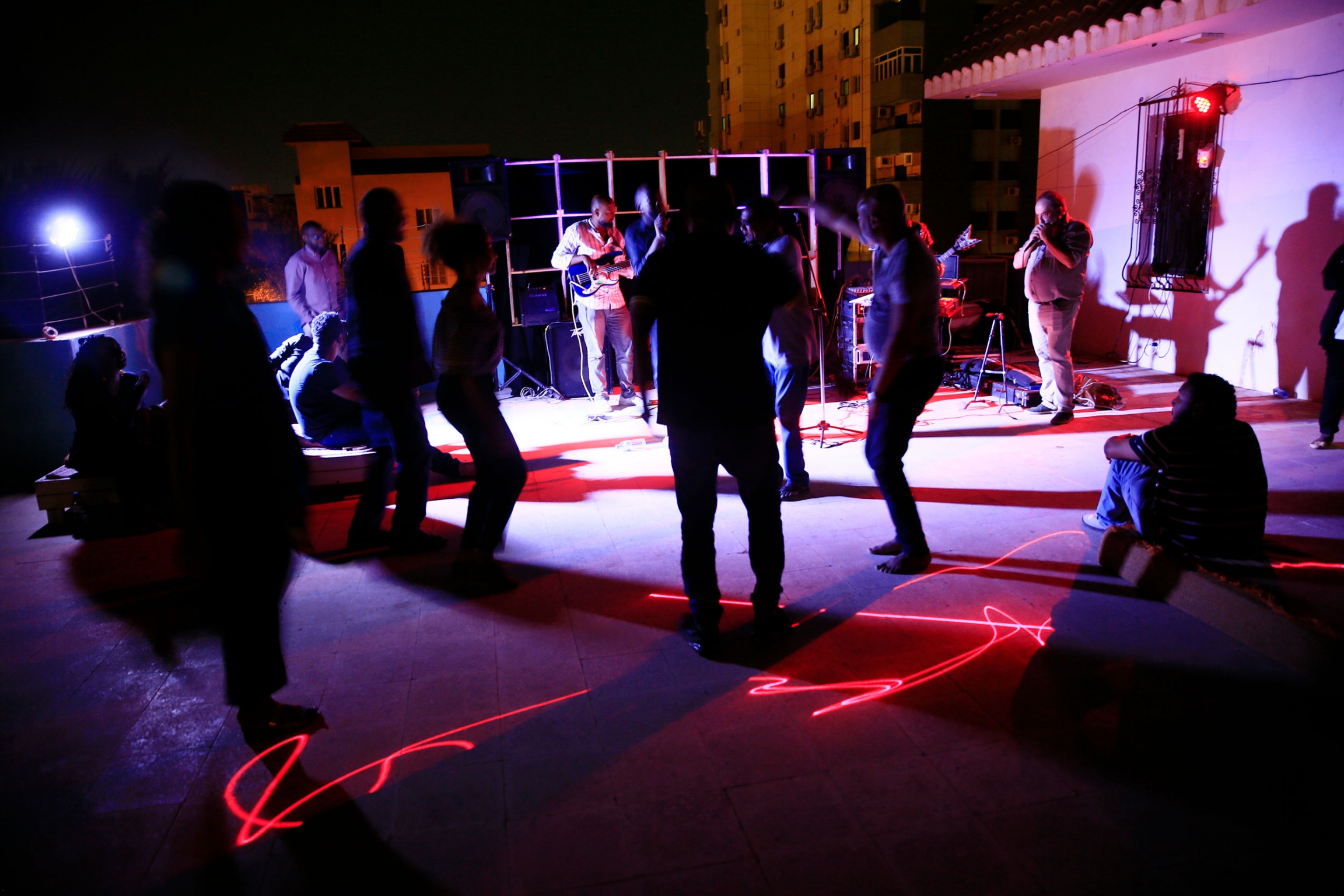 A band plays while people dance at Al-Sutooh rooftop venue in Khartoum, Sudan.

“It’s a law that actually that the government put, so as to hinder the movement, hinder the mobility of the women,” said Manal Abdulharim, a women’s rights activist.

The law was one of the first repealed by the new, civilian-led, transitional government in 2019.

For Abdulrahim, it was the culmination of decades of women-led activism to challenge the strict Islamic laws of the former regime.

“Young women, they were actually leading the revolution.”

“Young women, they were actually leading the revolution,” she noted.

Since then, however, Abdulrahim has noted with concern the slow pace of women’s rights and gender equality since 2019 and questioned whether the new government will live up to its promises for reform. 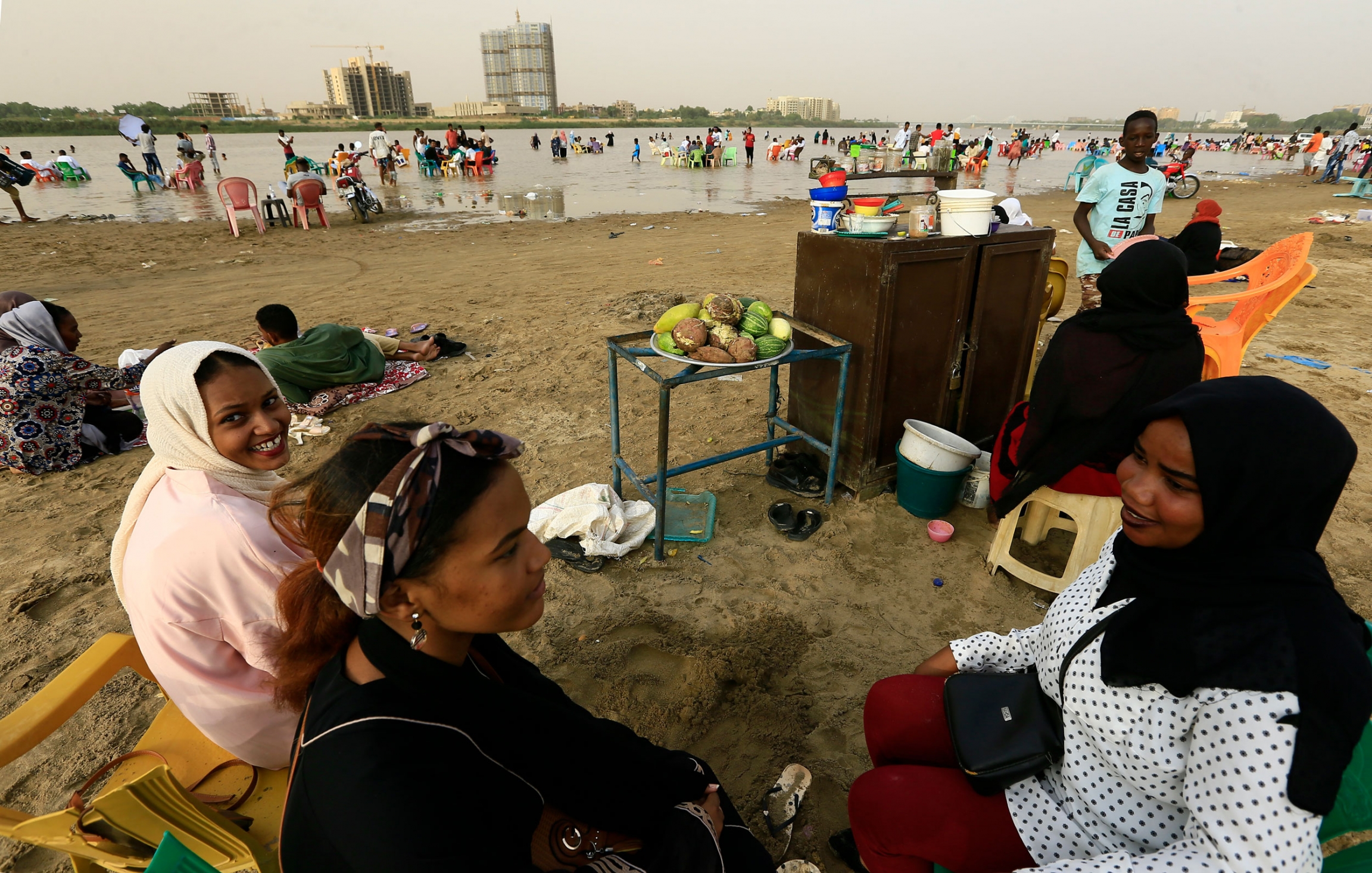 A group of woman relax on the beach of the Nile River in Khartoum, Sudan.

Only a handful of women have been appointed to top leadership positions, including the minister of foreign affairs, since 2019, and some, notably two state governors, have faced local opposition to their appointments.

Abdulrahim said the government is not prioritizing gender equality or issues that impact women, like the reform of the conservative 1991 Muslim Personal Law Act of Sudan — which governs legal codes about marriage, divorce and the family.

“Most of the personal status law comes from Islamic law and is personal jurisprudence of religious scholars,” explained Salwa Bassem Youssef Mohamia, a Sudanese lawyer who has worked with the Ministry of Justice to review proposed amendments to Bashir-era laws.

The law, which states that married women must obey their husbands and makes the age of consent for marriage puberty — has been criticized by human rights activists for years.

Still, Mohamia notes some positive developments for women's rights. This year, Sudan ratified two international treaties: The Maputo Protocol and the United Nations Convention on the Elimination of All Forms of Discrimination Against Women (CEDAW).

But the nearly all-male council that signed the latter pact didn’t endorse the parts of the convention that declare women are equal to men at political and social levels or have equal rights in marriage, divorce and parenting.

For many, these reservations were a sign of how remaining representatives of the former regime, conservative Islamists in particular, are resistant to fundamental social and legal changes.

“They are there and ready to prevent any changes to religious basics,” Mohamia said. “So, now, they are working hard to not make any drastic changes.”

Still, Mohamia argues that the biggest impediment to change comes from within Sudanese society itself. Even among women, there is little consensus about sensitive issues like inheritance and polygamy, which are shaped not only by religion but also by cultural and traditional practices and norms.

Too much change too soon?

At the Coffee Republic café in the upscale Riyadh neighborhood of Khartoum, well-dressed young people mingle, hang out and go on dates. 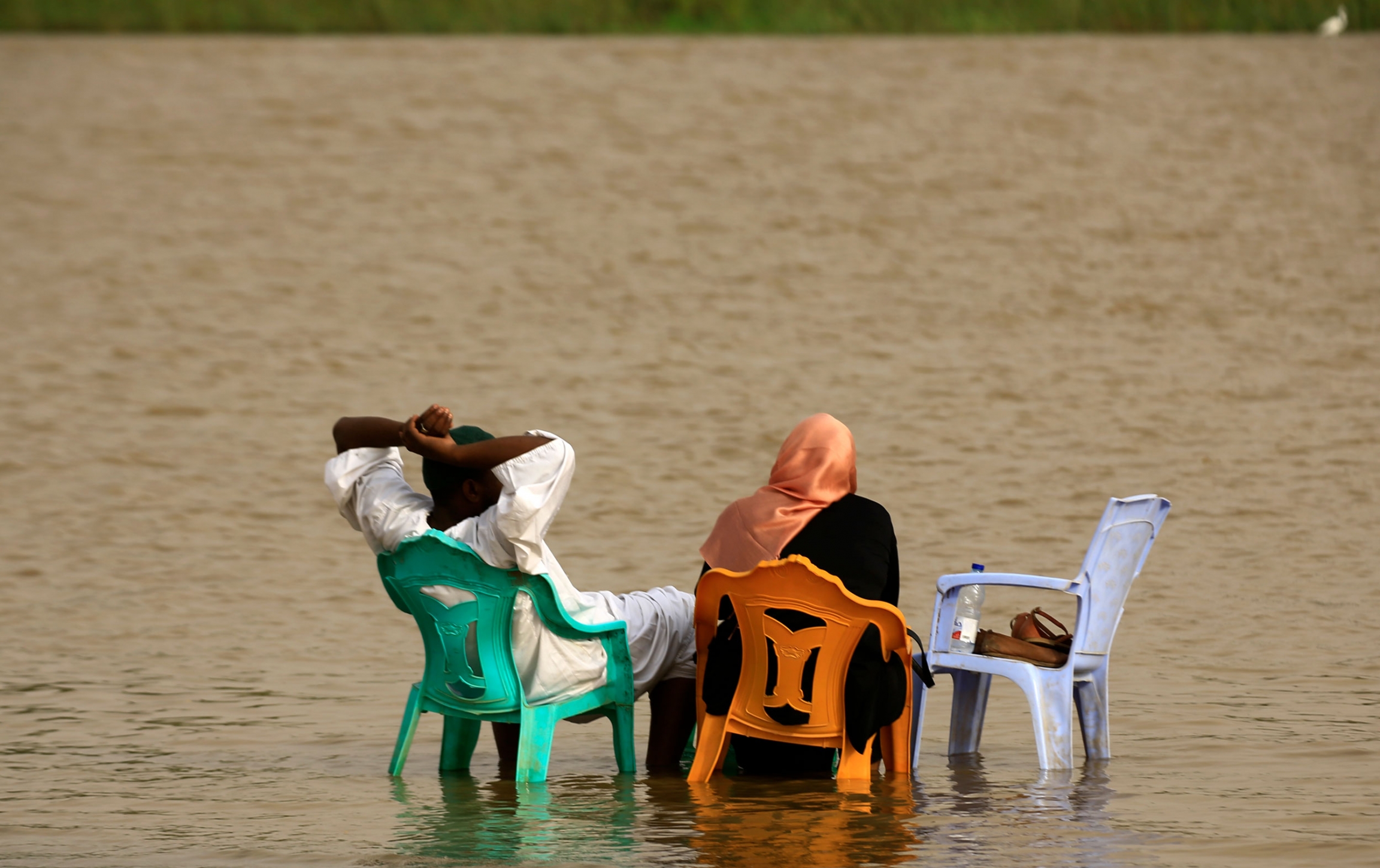 A young couple sits and cools off in the Nile River in Khartoum, Sudan.

“After the revolution ... girls in general, got comfortable, guys got comfortable, you know, going out on dates in public places,” explained Rudy Mohammed, a 20-year-old international relations student.

But for Mohammed, the changes in Sudan make her uncomfortable.

“I was raised to be religious, and then the whole, staying out of trouble.”

“I was raised to be religious, and then the whole, staying out of trouble,” she said — that meant, dressing modestly in public, not hanging out with boys, or staying out late.

She criticized how some young people are taking advantage of their new freedoms to wear inappropriate clothing, drink and smoke. She fears they are setting a bad example for children.

While the old laws were too strict, Mohammed said they also made sense for the country.

“I feel like they had … they had things under control,” Mohammed said. “At the end of the day … the majority of Sudanese people are religious.”

The laws were there to make sure the principles of Islam were followed, she said, and to protect morality in the country.

But she’s conflicted about where the line should be drawn between religion and state.

For example, she said the government should encourage people to dress modestly — but not force women to cover their hair — which is a personal religious decision.

Too many restrictions will always backfire, she said.