Simone Biles, the US gymnast widely considered “the greatest of all time,” withdrew from the Olympic finals, saying: "I have to focus on my mental health […] We have to protect our minds and our bodies and not just go out and do what the world wants us to do."

Biles joins other Black women like Naomi Osaka and Meghan Markle who have chosen to forgo medals, trophies and royalty to prioritize their mental well-being.

In a recent Guardian article about “the rise of the great refusal,” author Casey Gerald argued, “Biles did not simply quit. She refused.”

There is immense power in refusal. These women have awoken something in those of us who struggle to say “no” or who blindly serve institutions that do not have our best interest at heart. They challenge us to erect boundaries to protect our well-being.

Pressure to take on ever more work and ever more responsibility is familiar to many. But saying “no” can present unique difficulties for people from racially minoritized backgrounds.

Setting professional boundaries can be deeply challenging in the face of pressure, discrimination and adverse mental health impacts. 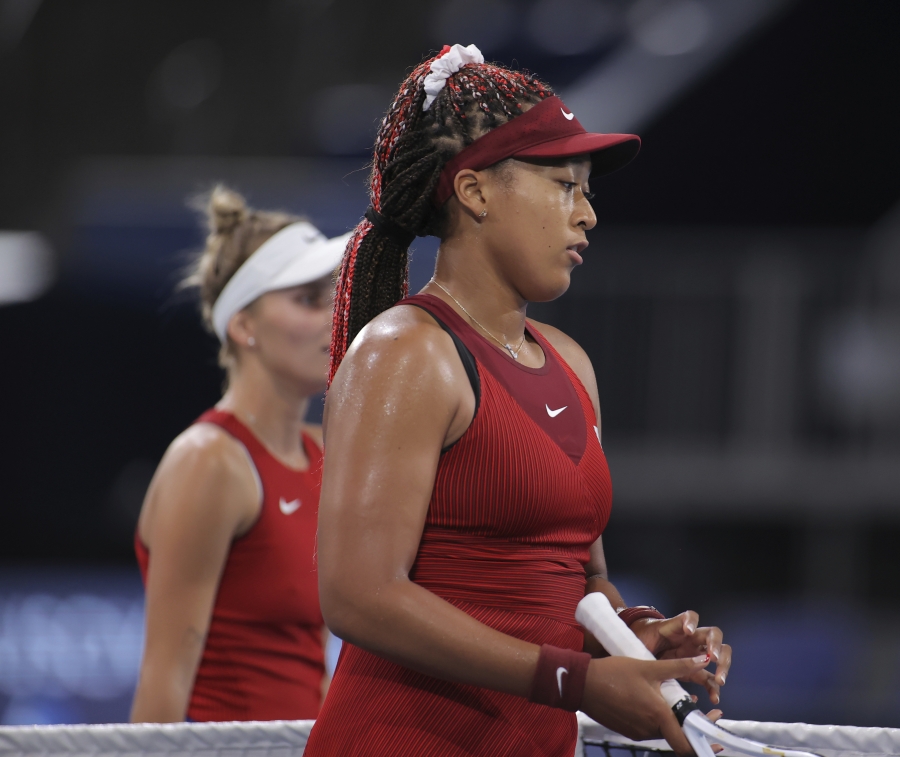 Biles joins other Black women like Naomi Osaka and Meghan Markle who have chosen to forgo medals, trophies and royalty to prioritize their mental well-being.

Pressure to take on ever more work

In academia, this pressure persists. Research by colleagues and I (Kathomi Gatwiri) shows academics from minoritized backgrounds continue to have radically different experiences from their colleagues. We argue that academics from minoritized backgrounds: "are often expected to be grateful, likeable, and […] to provide extensive pastoral care so as to maintain student happiness."

They are also exposed to more severe hostility and punishments through flawed tools of measuring performance such as student evaluations of teaching if they choose not to perform this extra labor. This causes extended emotional overload for many teachers and can be especially damaging to their mental well-being.

Researchers have written about the pressure of Black, tenure-track academics “to engage in service activities that are not expected of their white counterparts,” such as doing extra mentoring and joining more committees: "When Black faculty members face enormous requests for service, White colleagues often advise and encourage Black faculty to “just say no.”"

However, just saying “no” does not always work in their best interest and can lead to institutional punishment, which can derail career progress.

Been thinking so much about Simone Biles over the last week. She weighs heavily on my mind. The pressure on women ESPECIALLY Black women at the top of their games/professions to be perfect and “show up” even when our bodies, minds, and spirits say no is real.

I don’t know how to say no […] I feel I have an issue with saying no. I will spread myself like peanut butter out.

In our own research on the pressures faced by Black African professionals in the workplace in Australia, participants reported feeling the workplace was a site of constant surveillance and scrutiny, where they were often assumed to be “out of place.” This increases the burden of having to work “twice as hard” to prove themselves worthy, which can result in an inability to say “no” at work.

The power of ‘no’

Biles’ decision to withdraw from the Olympics might, in retrospect, become one of her greatest achievements of all time. She has since received widespread support from those who view her decision as an incredibly powerful message for all who are burdened with societal pressures and expectations.

the outpouring love & support I’ve received has made me realize I’m more than my accomplishments and gymnastics which I never truly believed before. 🤍

Black and Indigenous peoples have engaged in the power and politics of refusal and resistance for centuries — a refusal to lend their bodies, time, expertise and talent to institutions that are violent and abusive.

In ordinary, everyday lives, however, people who exercise this kind of resistance might be ostracised. They may lack the necessary support to bolster their decision to “opt out” or just rest.

Biles’ withdrawal came soon after three Black players on the England national football team were subjected to a torrent of extreme racial abuse after the team’s loss at the recent Euro finals with Italy.

Many Black people reflected on social media they already knew that if they lost the game, the outcome would be racial abuse. And so the pressure to win might be intensified by the fear of the resulting abuse if they lose.

This was hard to write. ⁦@Simone_Biles⁩ helped give me the courage to do it. https://t.co/VKoJz413jD

People’s discomfort with athletes expressing vulnerability or anything but toughness and strength can influence the athletes’ complicity in their own harm.

Research by one of us (McPherson and colleagues) investigating the experiences of Australian children in elite sport showed more than 50% also reported negative experiences, including emotional and physical harm and sexual harassment. Emotional and physical abuse was enacted through racial vilification, humiliation, bullying, being shouted or sworn at, have things thrown at them or being told they were worthless or weak.

Other research has identified how various minoritized subpopulations of elite athletes, including those with disabilities or from racially minoritized backgrounds, may be more vulnerable to harm in sport.

The liberation of ‘no’

Many struggle to say “no” for a variety of reasons including fear of rejection, a feeling that saying “yes” is the safest option or feeling they will be construed as “rebellious” or “difficult” if they say “no”. Fear of disappointing others or feeling their reason for saying “no” is “not good enough” also plays a part.

Biles, Osaka and others may serve as inspiration. Practicing the liberation of turning down invites, relationships, extra work and high pressure is part of maintaining good mental health.

This article is republished from The Conversation, a nonprofit dedicated to unlocked the voices of experts.