Since the US invasion of Iraq in 2003, tens of thousands of ancient artifacts and pieces of art have been looted and smuggled out of the country.

This week, the US agreed to return more than 17,000 treasures to Iraq, including an ancient clay tablet containing a portion of the Epic of Gilgamesh.

The majority of the artifacts date back 4,000 years to ancient Mesopotamia and were recovered from the US in a recent trip by Iraqi Prime Minister Mustafa al-Kadhimi. Other pieces were also returned from Japan, Netherlands and Italy, Foreign Minister Fuad Hussein said in a joint press conference with Culture Minister Hasan Nadhim.

“There’s still a lot of work ahead in this matter. There are still thousands of Iraqi artifacts smuggled outside the country," Nadhim said. 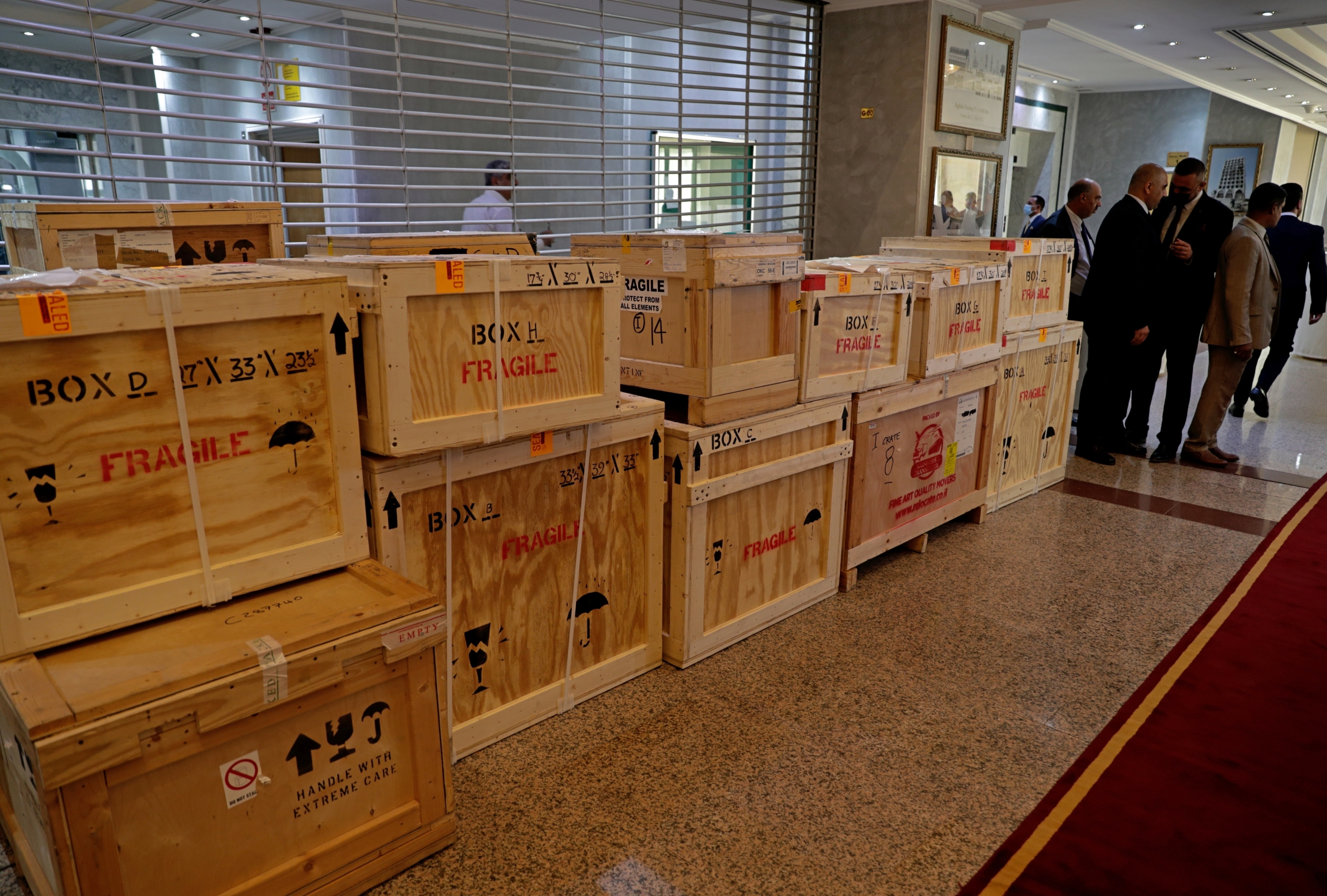 Boxes containing recovered looted artifacts sit temporarily at the foreign ministry before being transferred to the Iraq Museum, in Baghdad, Iraq, Tuesday, Aug. 3, 2021.

Iraq's government has been slowly recovering the plundered antiquities for decades but archaeological sites across the country continue to suffer from neglect due to a lack of funds.

Nada Shabout, a professor of art history and coordinator of the Contemporary Arab and Muslim Cultural Studies Initiative at the University of North Texas, joined The World's host Marco Werman to discuss Iraq's stolen cultural heritage.

This interview has been lightly edited and condensed for clarity. AP contributed to this report.