Park skateboarding made a memorable debut at the Tokyo Olympics on Wednesday.

One by one, 20 skaters from six continents dropped into the bowl. This women’s event was one of the youngest the Olympics has ever seen, with most of the competitors coming in under 20 years old.

And the Olympic debut of skateboarding is quickly becoming an all-Japanese affair.

Making three gold medals from three events, with just one more left to go, Sakura Yosozumi led a Japanese 1-2 in the women's park event on Wednesday, solidifying the host country’s dominance in the sport’s Olympic debut.

Yosozumi's tricks made it tough for any of the other competitor's to catch her. Her first run scored 60.09, making her the only competitor to break 60 points in the event at the Ariake Urban Sports Park. 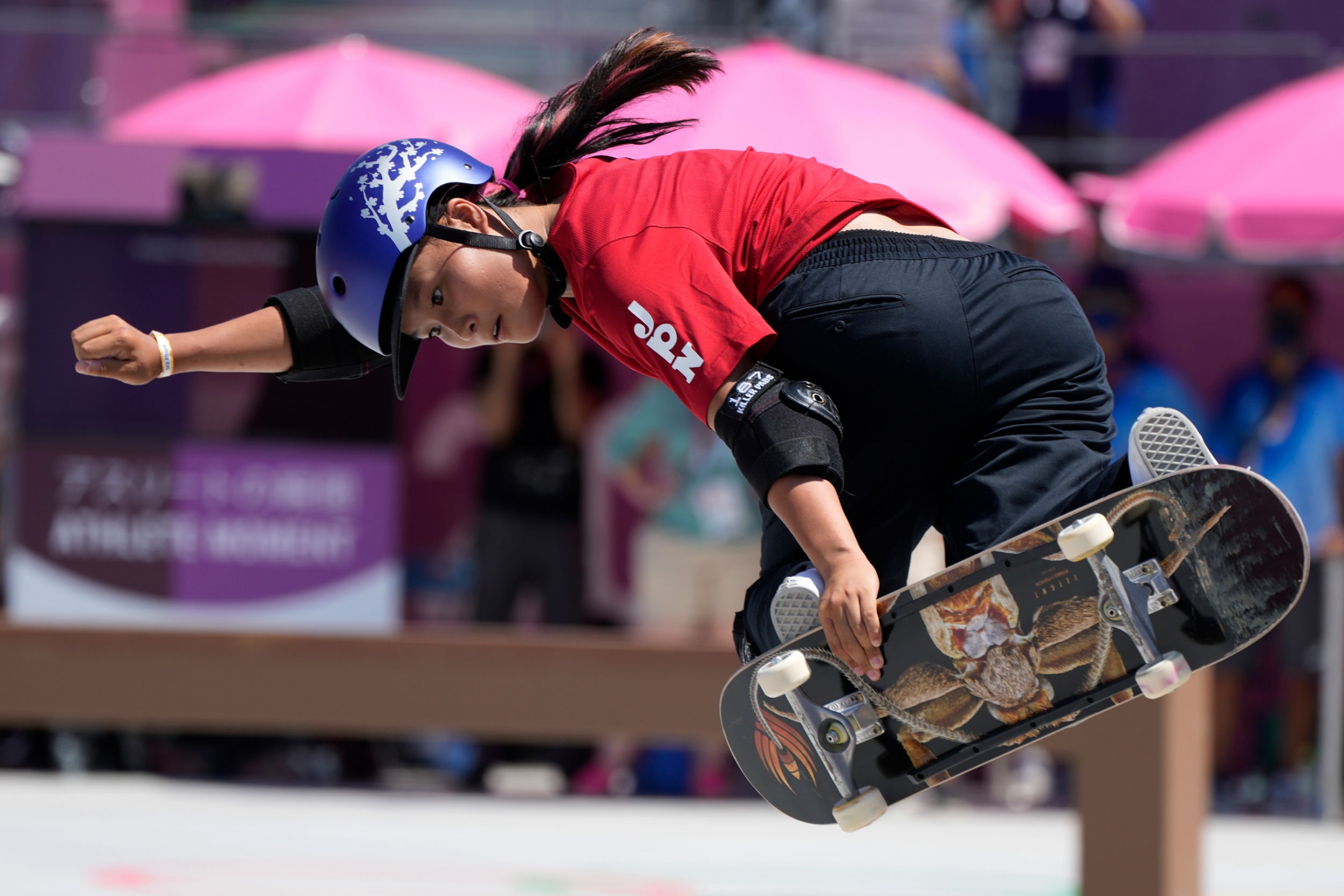 Sakura Yosozumi performs a trick in the women's park skateboarding finals at the Tokyo Olympics, Aug. 4, 2021.

Sky Brown, already a skating superstar at 13, prevented a Japanese medal sweep by taking the bronze, making her the youngest person to win a medal for Britain at the Olympics.

Yosozumi said Japanese skaters were inspired to train hard when they found out they’d host the Olympics first skate competition.

Related: The Olympic trampoline tradition: Remembering the man who taught the world to bounce 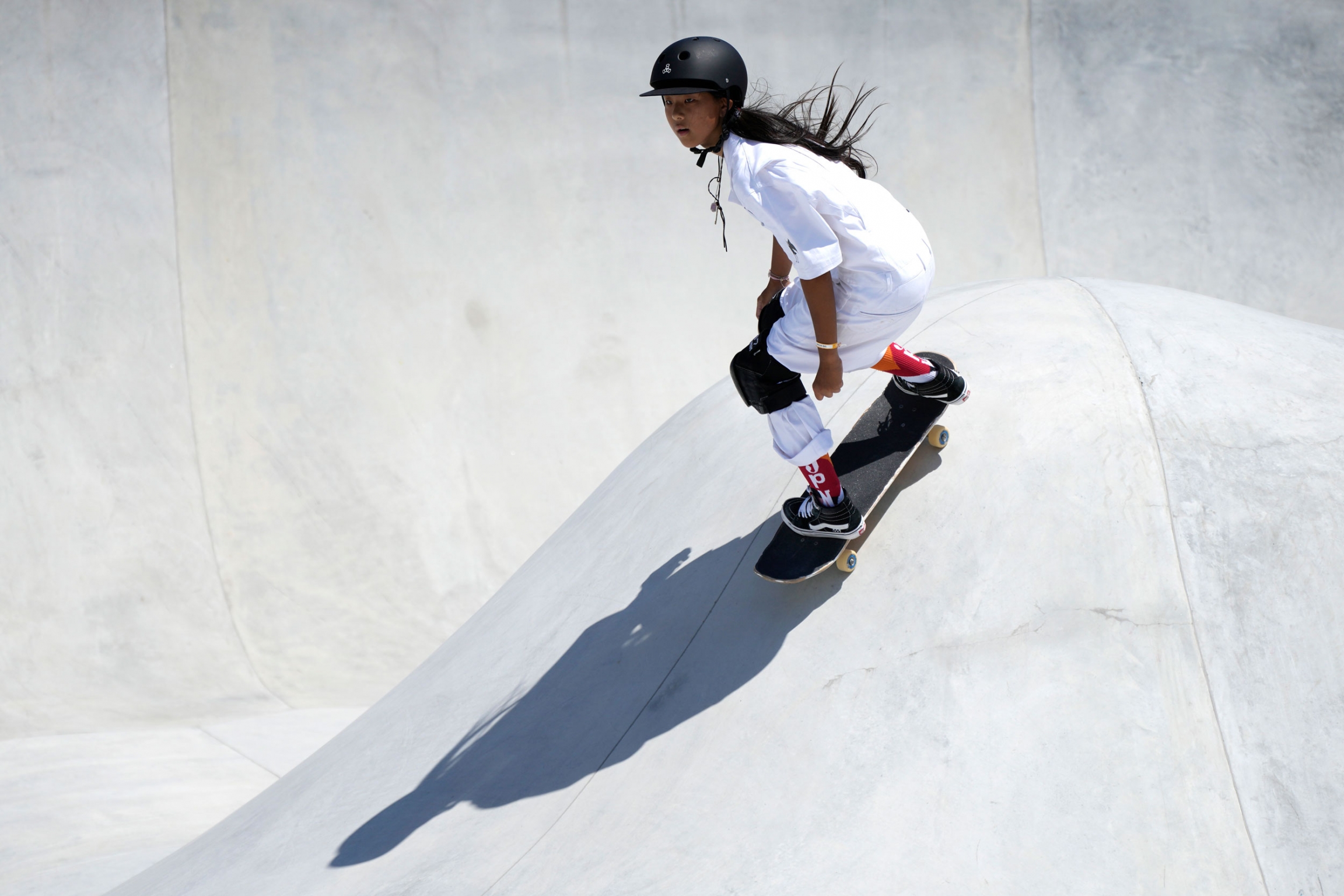 Even Great Britain’s Sky Brown has ties to Japan. She was born in Japan and mostly grew up in Miyazaki, a city on the southern tip of the island. 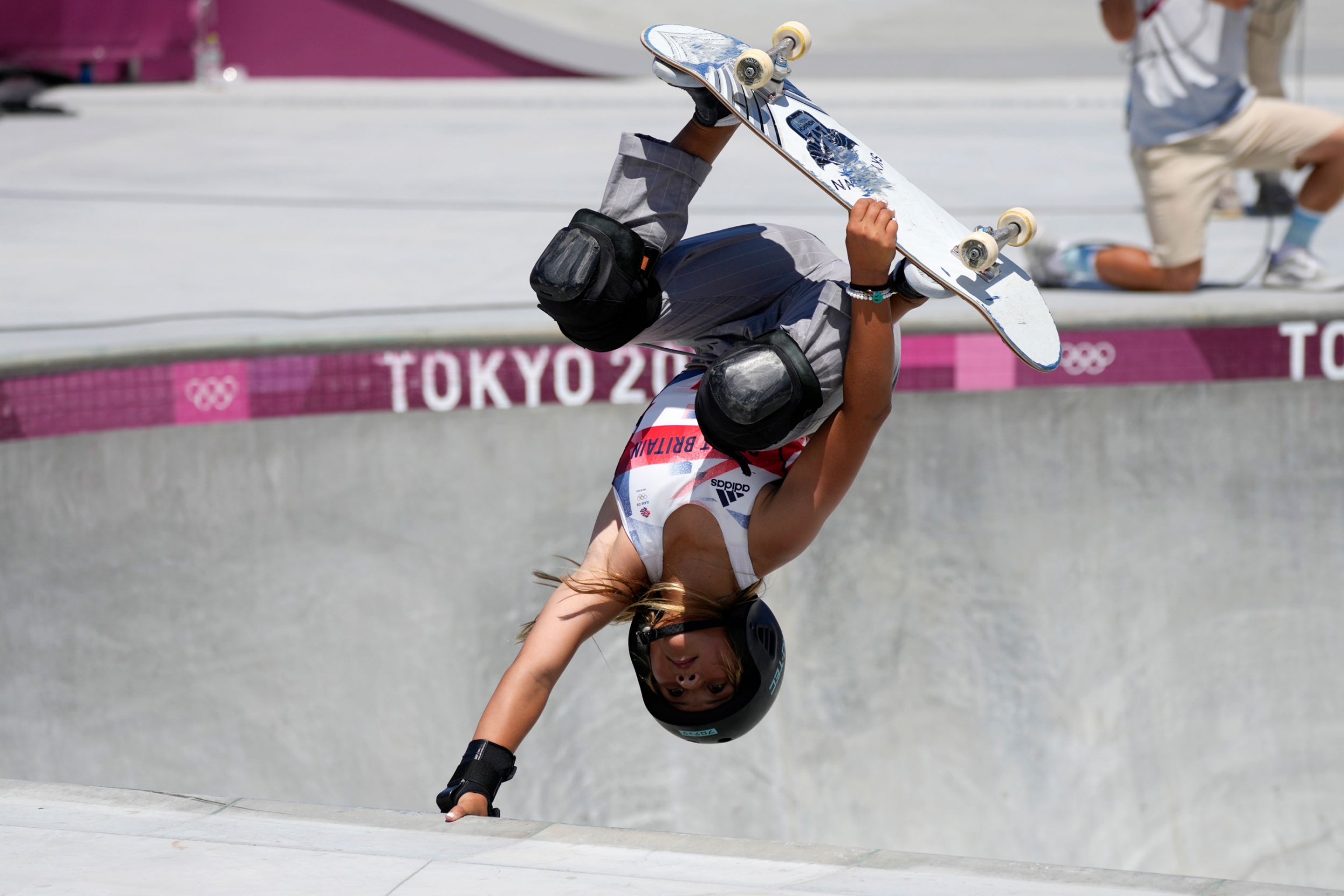 Sky Brown of Britain competes in the women's park skateboarding finals at the 2020 Summer Olympics, Aug. 4, 2021.

Brown went into the competition favored to win gold but still ended her runs overcome with emotion.

“It’s insane to be here," she said after the event. "I’m so happy to be on the podium with these guys. They’re so amazing, I mean, everyone ripped." 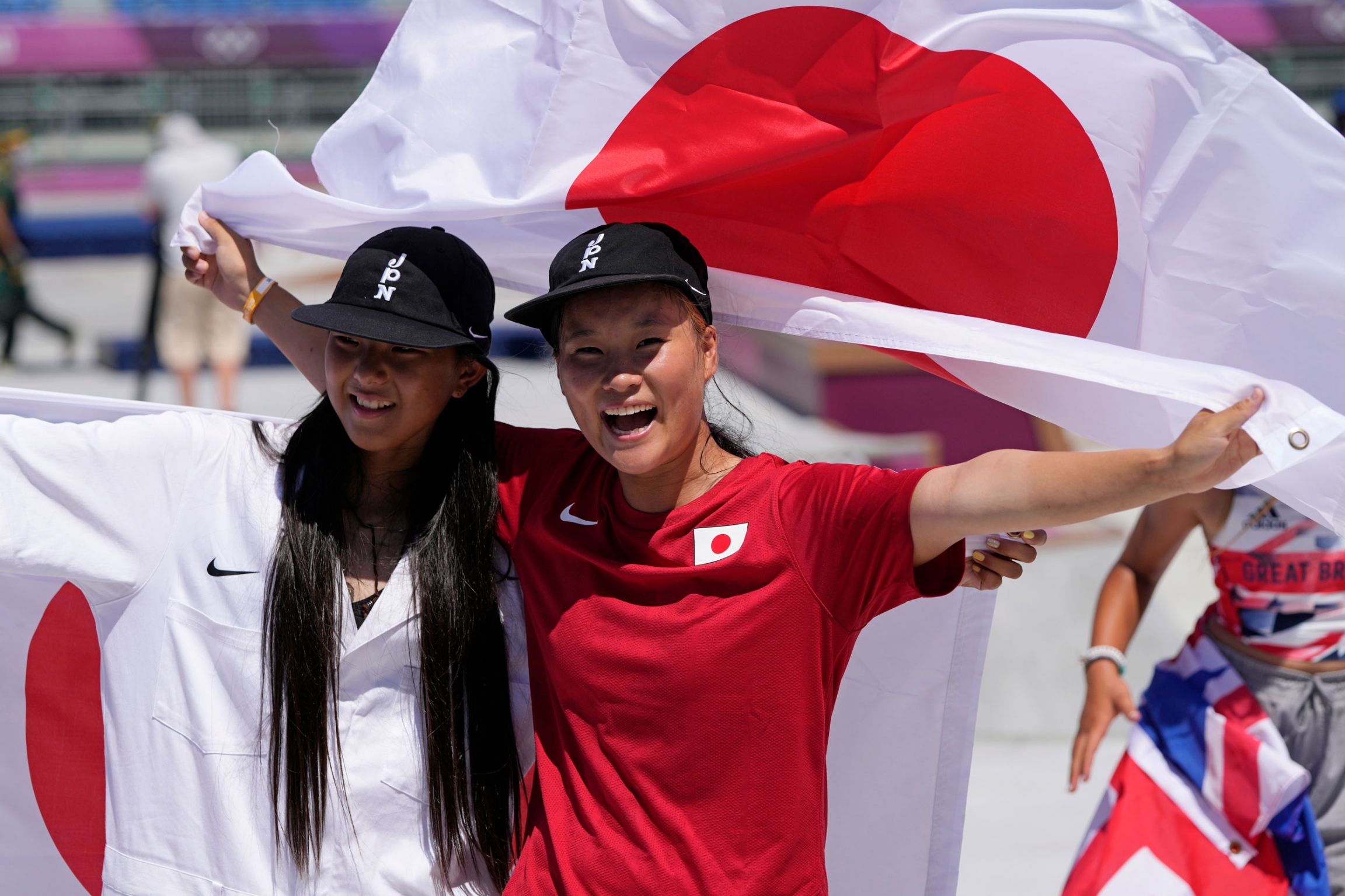 The men are up next in the park skateboarding event. Unlike the in women's event, there will only be a few teen skaters.

Also competing are two veterans of the sport: Denmark's Rune Glifberg and South Africa’s Dallas Oberholzer who are both 46 — making them two of the oldest Olympians in Tokyo.

Related: What would the ancient Greeks think of an Olympics with no fans?

Neither Glifberg or Oberholzer are expect to medal. But Oberholzer said he’s just glad to finally prove to his mom that skateboarding hasn’t been a giant waste of time.