Sunday morning Mass is about to begin at the St. Matthew’s Catholic Cathedral in Khartoum, the capital of Sudan.

The century-old St. Matthew’s is one of the country’s oldest and largest churches.

A youth choir, accompanied by electronic keyboard music, begins to sing and the congregation stands.

“I have so many memories in this church ... because of so many things that I experienced growing up in Sudan as a Black woman and as a Christian young woman in Sudan during the Bashir regime.”

“I have so many memories in this church,” Elizabeth Achu, a 31-year-old economist, said after the service, adding that it has been a refuge for her since she was a child “because of so many things that I experienced growing up in Sudan as a Black woman and as a Christian young woman in Sudan during the Bashir regime.” 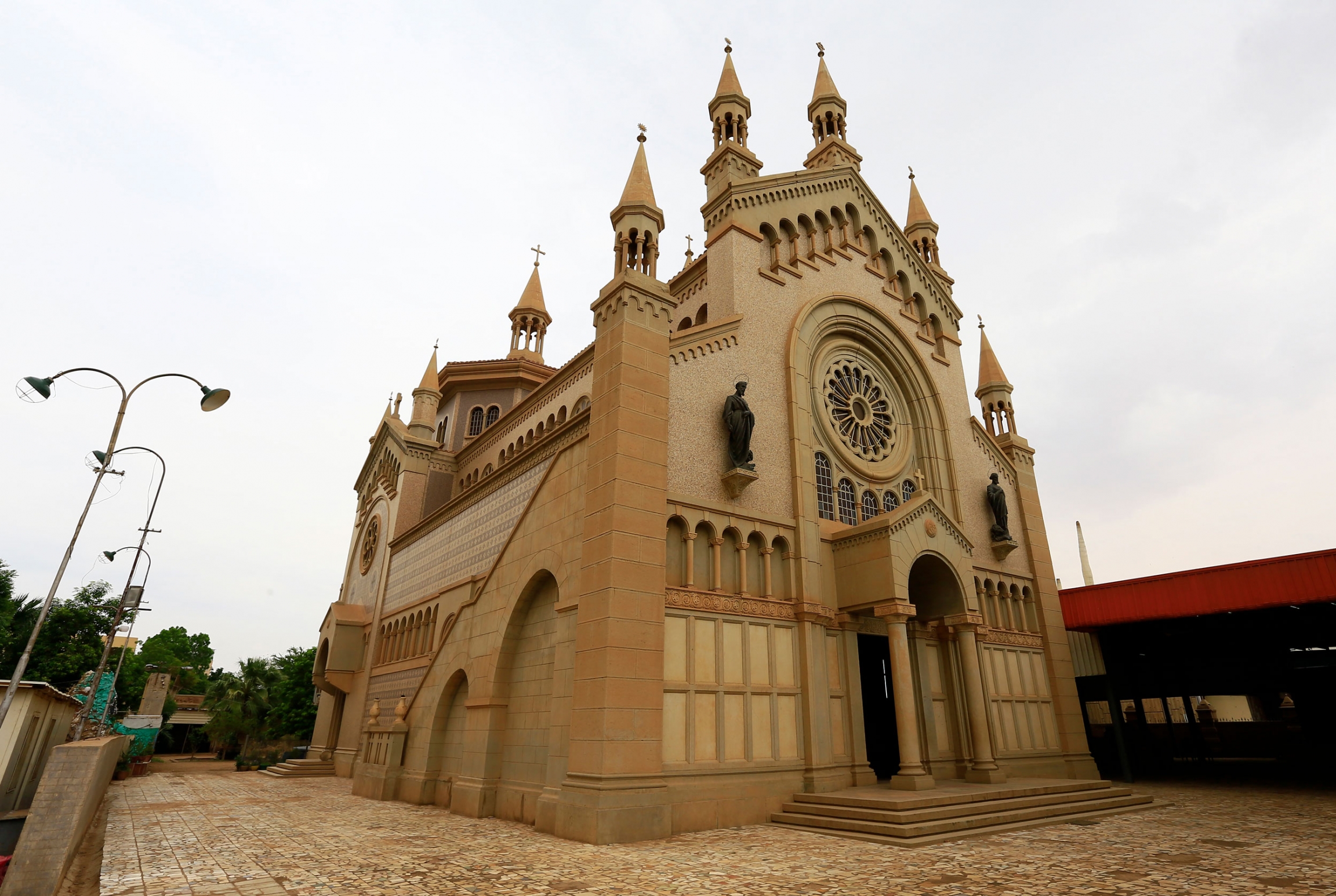 For years, Sudan was criticized by the US and other Western countries for its treatment of religious minorities, especially Christians. Christians in Sudan have endured hate speech and some reported forced conversions. Also, it was illegal for Muslim women to marry non-Muslim men while churches were vandalized and burned down.

Today, Sudan is still overwhelmingly Muslim, but there is a substantial Christian minority. Now, the new government, trying to gain recognition on the international stage, is working to provide protections for religious minorities.

Many Sudanese Christians welcome the changes, while others say it’s too late. And still others say the country has a long way to go to demonstrate acceptance of them and other religious minorities.

Although Achu grew up in Khartoum, her family roots are in the predominantly Christian south.

In 2010, the southern region voted to become the world’s youngest country, South Sudan, in part because of years of violent conflict and oppression of Christians by a predominantly Muslim and Arab central government.

She too spent some time in South Sudan but returned to Sudan for work opportunities.

Her family background and Christian faith have often made her feel singled out in Sudan.

“I can just remember some kinds of things that were being said while you were in public transport, people looking at you and telling you, ‘Oh you’re kafir,’ [infidel,] you know, like you're someone who's going to hell because you're not Muslim, you're not covering up your hair.”

“I can just remember some kinds of things that were being said while you were in public transport, people looking at you and telling you, ‘Oh you’re kafir,’ [infidel,] you know, like you're someone who's going to hell because you're not Muslim, you're not covering up your hair,” Achu said.

Now that she’s older, Achu said that she’s forgiven people and moved on. She’d rather think about the positive changes that have come to Sudan since President Omar al-Bashir was ousted in 2019.

After the revolution, Sudan’s Minister of Religion Nasr Eddin Mofarah recognized Sudan’s multireligious heritage — and welcomed those who left the country to return, including Christians, and Jews, most of whom left decades ago to escape persecution.

Last year, Sudan repealed a highly criticized apostasy law, and made it illegal to even accuse someone of being an “infidel” — or nonbeliever.

The new government has also declared Christmas a national holiday.

“Now, we have neighbors who walk in and say, ‘Oh, happy Christmas,’ or “happy Easter.” Before, they used to think this is haram [forbidden by Islamic law],” Achu said. “I now have Sudanese friends my age who come with me to church.”

A place to pray, worship

Copt Wagdi Adil works at an antique shop in the Atenay neighborhood of Khartoum, home to many Copts, a Christian ethno-religious community mainly located in Egypt but also scattered throughout Libya, Sudan and Australia.

Even after the separation of the south, Christian communities can be found across Sudan, including the Coptics in Khartoum, and Christians of various denominations in the Nuba Mountains and the Blue Nile.

Adil said he is happy to see the government be more welcoming to religious minorities.

Under Bashir, the country was subject to sharia law, which meant strict adherence to Islamic laws and customs around drink, dress, marriage, finances, land ownership and other aspects of daily life.

The new government now allows non-Muslims to drink alcohol, noted Adil, who said he was once whipped dozens of times for drinking in public.

The country’s rigidity prior to the revolution “definitely stopped a lot [of tourists] from coming because most foreigners want to have freedoms,” Adil said.

But for some Christians in Sudan, the changes are too late. 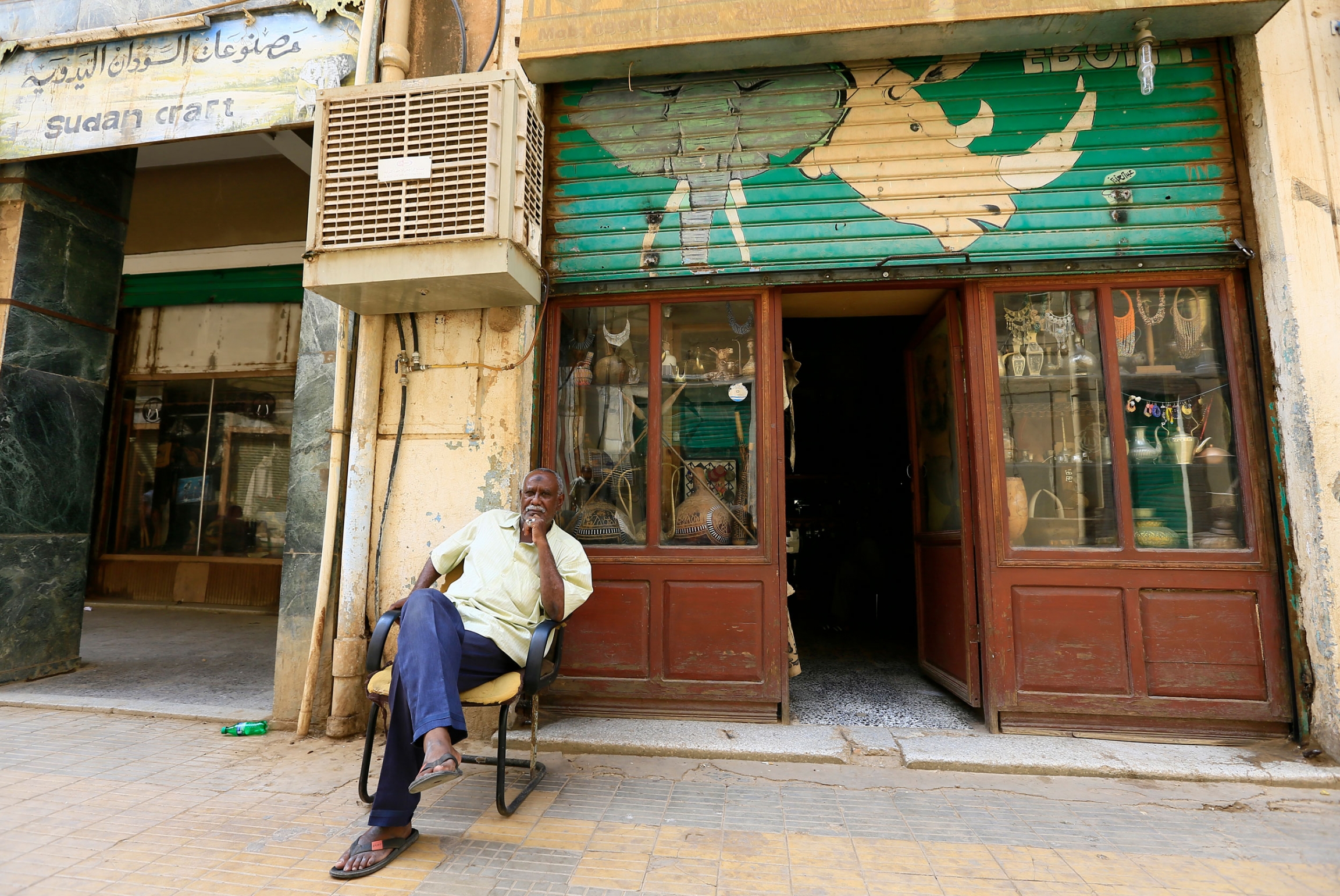 A man sits outside his antique shop in Atenay neighborhood of Khartoum, Sudan.

That’s evident at St. Matthew’s, whose congregation has shrunk since 2010 when many Christians left the country to form South Sudan.

“You can see the church is not really full, like, not even half full. So, a lot of Christians are not here anymore because most of them are South Sudanese, and they're not in Sudan anymore,” Achu said. “The number has decreased a lot. And with that, of course, the effect of Christianity also diminishes.”

While some estimate that more than 90% of Sudan is Sunni Muslim, many Christian leaders caution that there are few official surveys of the religious makeup in Sudan.

Regardless, being a minority means having less political power, said Simon Suleiman, a Christian lawyer with the Sudan Council of Churches.

“After the revolution, there’s an atmosphere of freedom. But change on the ground is slow. Festivals or celebrations are not enough for Christians to feel that there is real change.”

“After the revolution, there’s an atmosphere of freedom. But change on the ground is slow,” said Suleiman, who was born in the Nuba Mountains. “Festivals or celebrations are not enough for Christians to feel that there is real change.”

He would like to see the government take more concrete steps to embrace Christians — appointing more Christians into government; bringing Christianity into public schools alongside Islam; increasing representation of Christians on TV and radio; and returning church properties seized under the Bashir regime.

Rev. Mata Budrus Komi, a Nuban pastor at a Lutheran church in the Omdurman suburb of Khartoum, also wants the government to issue building permits for new churches, and return seized properties.

Komi said the former regime rarely gave permission to build new churches, even though most neighborhoods in Sudan have their own mosques.

Many churches built without permission were destroyed — “Especially the Lutheran church of Sudan. We have three churches destroyed and burned,” Komi said.

He spoke from his church, which has been meeting at a house since 1997.

Inside the modest compound is a dusty courtyard surrounded by benches and a small, cluttered office. “Merry Christmas” is written in large letters on a wall. Outside, children laughed and played.

Aspects of life under Bashir, that were hard on Christians, are still evident in other everyday ways, too. 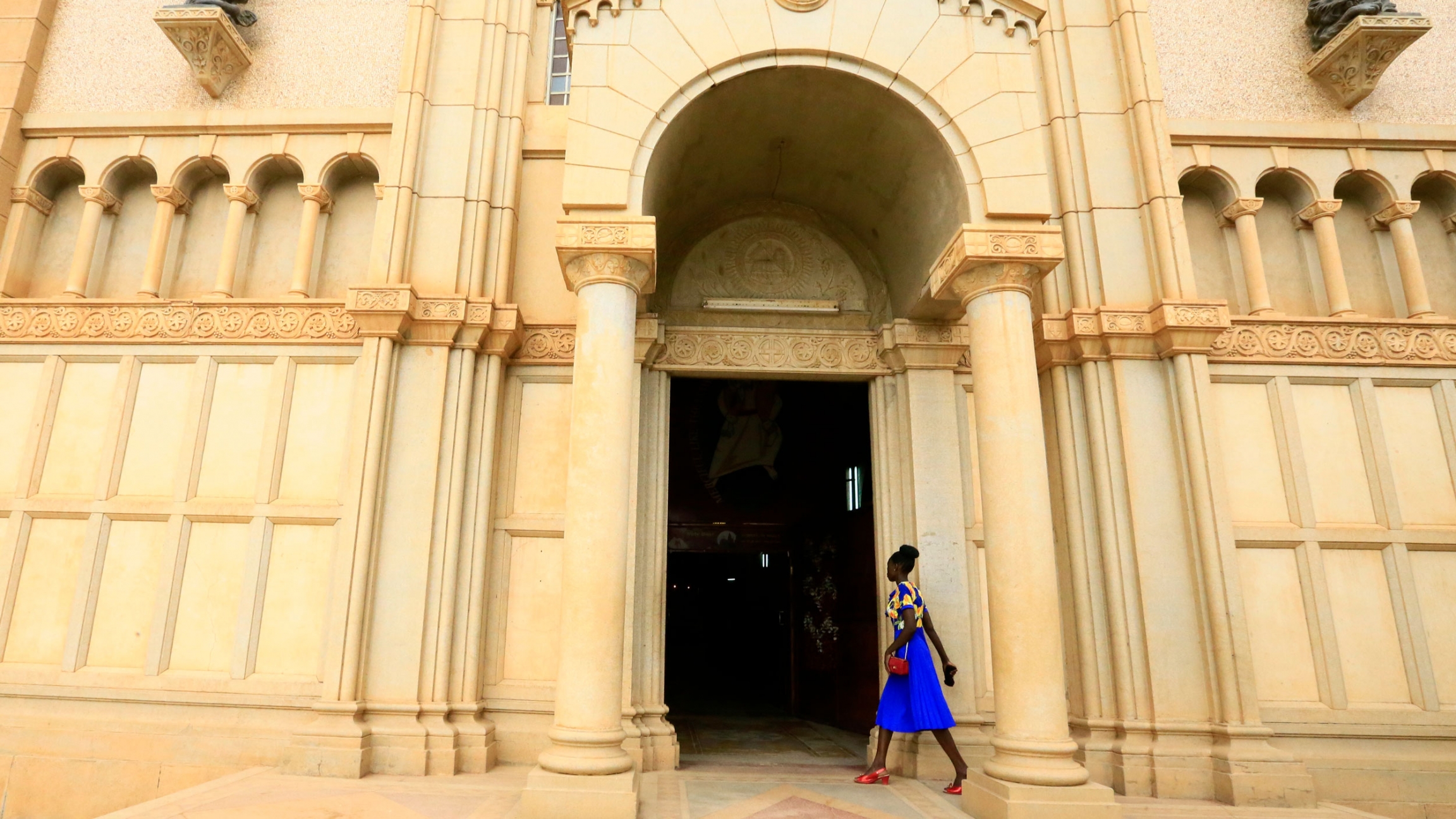 Back at St. Matthew’s, Achu wrapped her pink scarf around her head like a hijab so she could blend in on the streets as she headed home.

“I encounter a lot of men, Sudanese men, old men who still hold [these kinds] of perceptions of women covering up themselves,” Achu said. “And looking at South Sudanese who are residing here as foreigners or why are you here? So, it makes me more comfortable, covering up.”

But, she said she’s confident social attitudes will change.

“I believe this generation of Sudanese people are so different than the ones that we grew up in,” Achu said. “They accept us the way we are.”