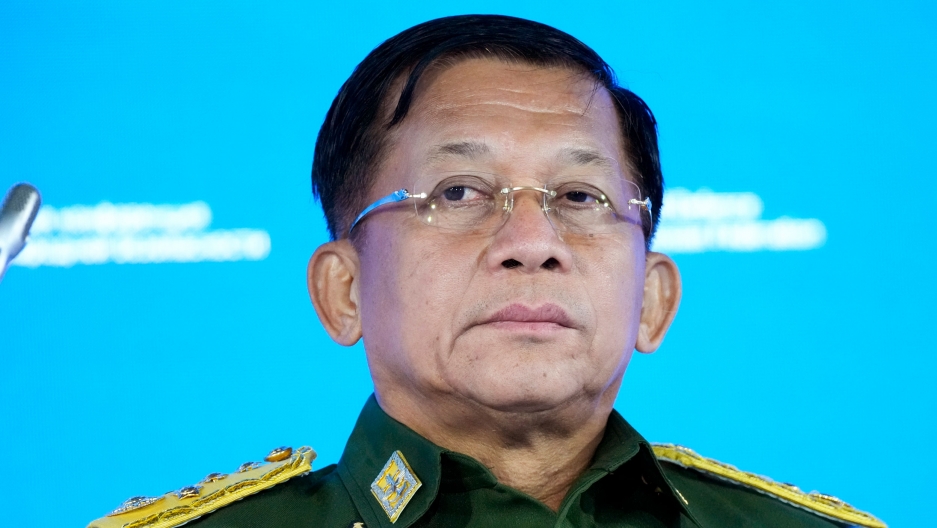 Myanmar
A top general of Myanmar’s military declared himself the country’s prime minister on Sunday. Senior Gen. Min Aung Hlaing, head of the military — which seized power in Myanmar six months ago in a coup — announced he’ll lead the Southeast Asian country under an extended state of emergency and plans to hold elections in two years. Myanmar’s military, which has named itself “the caretaker government,” has faced global condemnation abroad and widespread pro-democracy protests that have led to hundreds of deaths in the country.

Turkey-Greece fires
Wildfires have ravaged Turkey, Greece and elsewhere on the continent as a heat wave continues baking southeast Europe. The death toll in Turkey rose to eight, with rescue workers scrambling to contain the blaze that’s burning forests near Turkey’s beach destinations, forcing residents and tourists to flee vacation resorts. In Greece, the national grid is under threat with temperatures reaching 113 degrees as fires burned dozens of homes. Elsewhere in Europe, officials reported more than 800 flare-ups over the weekend.

Malaysia
Dozens of lawmakers in Malaysia were blocked by police on Monday from protesting a two-week lockdown of the country’s Parliament. Malaysian Prime Minister Muhyiddin Yassin shut parliamentary sessions in a move he claims is to halt the spread of COVID-19. But critics are calling it a ploy to prevent the lawmakers from casting a no-confidence vote, which was expected to take place on Monday. Over the weekend, hundreds of people took to the streets, demanding that the prime minister resign. 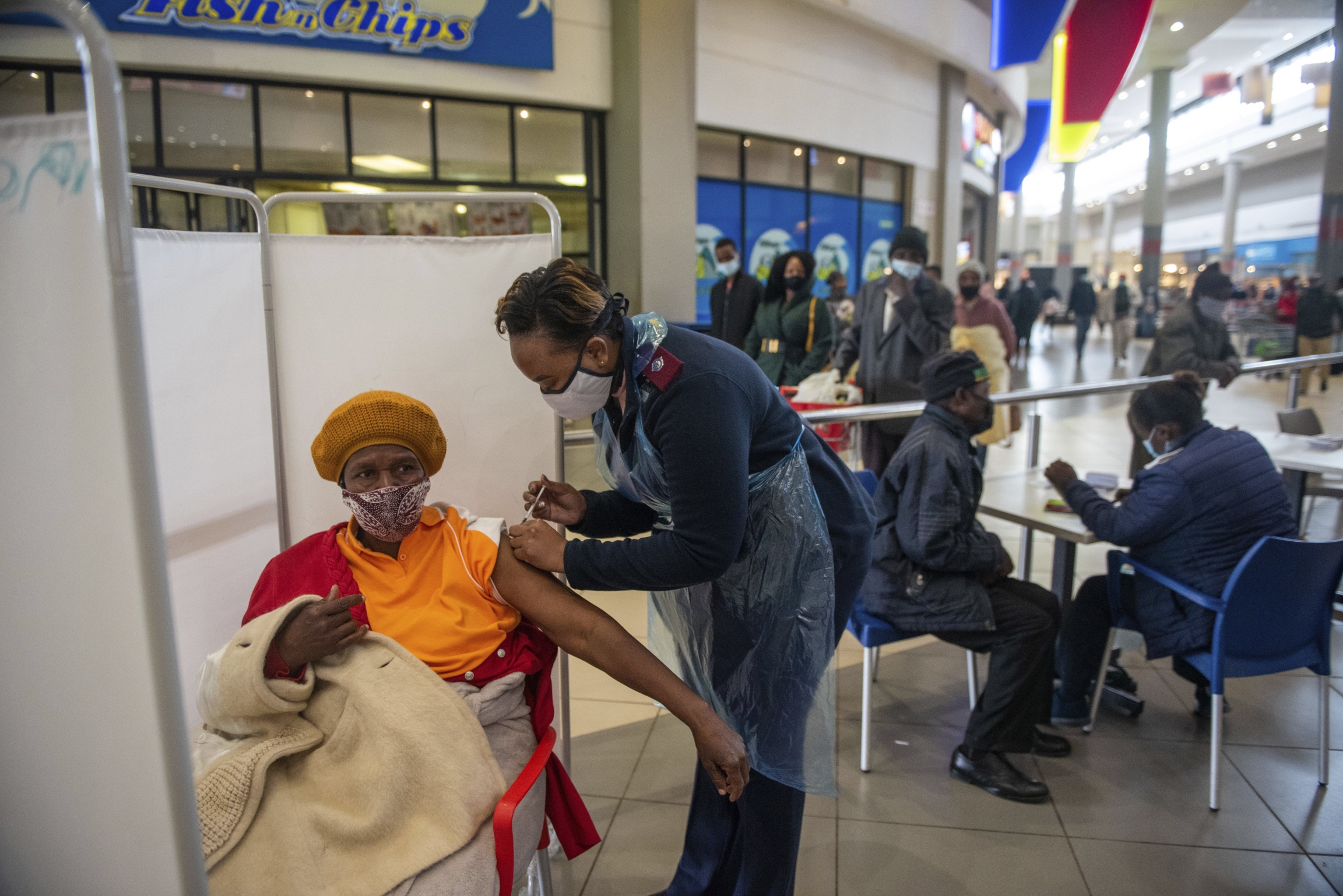 In the fight against COVID-19, the hope for African nations has been in COVAX, the main global initiative to distribute vaccines equitably around the globe. Across the continent, only a handful of manufacturers have experience making vaccines. Now, a manufacturing facility in South Africa has started shipping its first doses of vaccines on the continent. “It is a first for us,” said Stravos Nicolaou, a senior executive at Aspen Pharmacare. “It gives us a better sense of security and supply, and that’s what Africa has been really grappling with.” 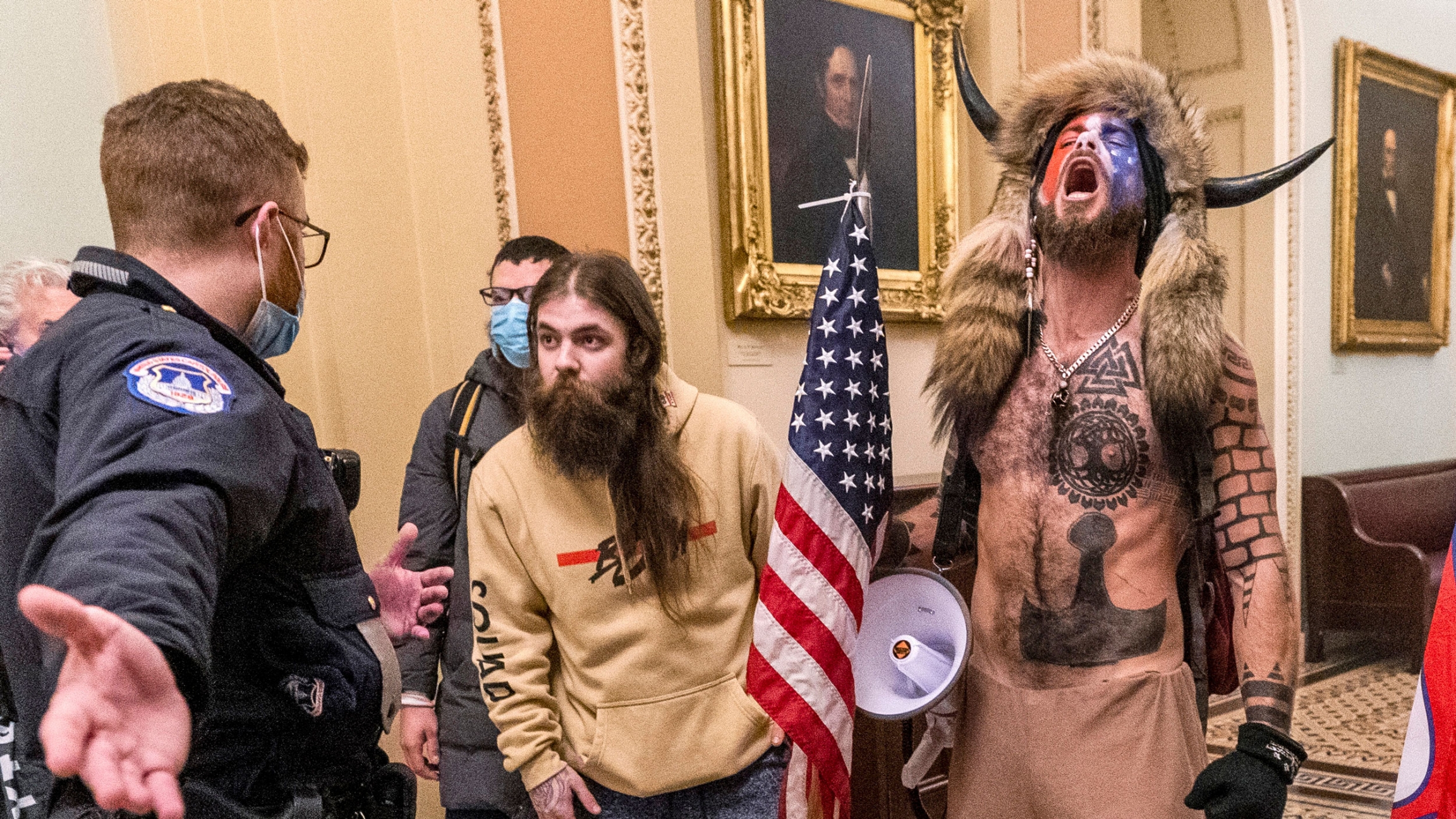 Supporters of President Donald Trump, including Jacob Chansley, right with fur hat, are confronted by US Capitol Police officers outside the Senate Chamber inside the Capitol in Washington, Jan. 6, 2021. Many of those who stormed the Capitol cited falsehoods about the election, and now some of them are hoping their gullibility helps them in court.

The House Select Committee in the US has begun its investigation into the Jan. 6 attack on the Capitol by pro-Trump supporters. Some of the rioters were followers of the group QAnon. "There are QAnon followers in 85 different countries," said author Mia Bloom, who studies extremism and terrorism. "And what's unique about QAnon is its ability to adapt to a new environment and take on a lot of local flavor."

Sharing is caring! After the men’s high jump competition at the Summer Olympics in Tokyo led to a tie, Mutaz Essa Barshim of Qatar and Gianmarco Tamberi of Italy were meant to settle matters with a jump-off. Instead, Barshim asked, "Can we have two golds?" allowing both men to take home the prize.

When Mutaz Essa Barshim and Gianmarco Tamberi finished the men's high jump competition tied, they could have gone to a jump-off to decide the winner.

Instead, they decided to share the gold, and their reaction is what we love about sports. #TokyoOlympics pic.twitter.com/ALTyeysC8t

Listen: Looking to other countries for lessons on shifting to electric vehicles 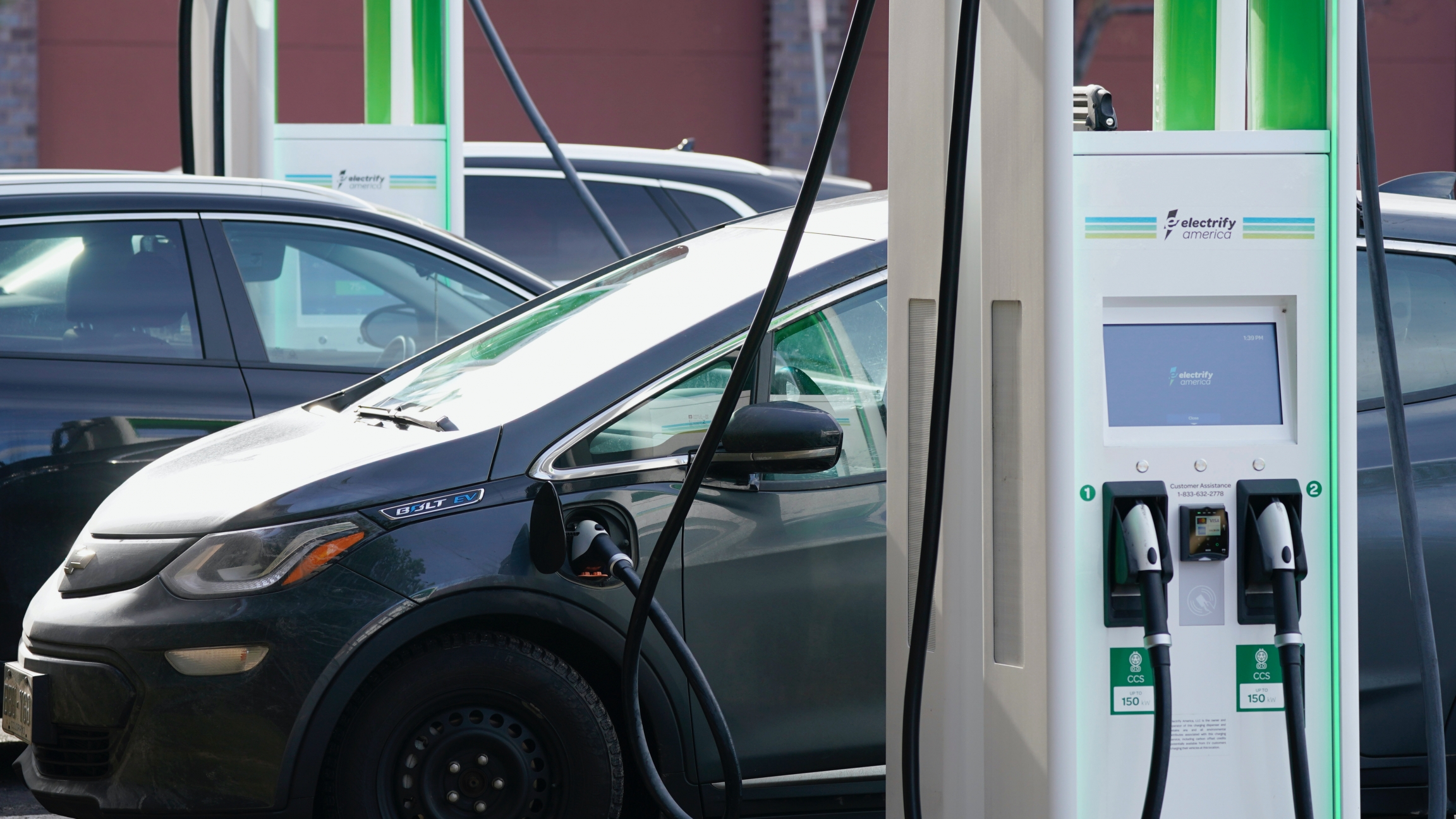 A Chevrolet Bolt charges at an Electrify America site outside Colorado Mills outlet mall in downtown Lakewood, Colorado, Dec. 21, 2020. Electrify America, an electric vehicle charging network funded with money paid by Volkswagen as punishment for its emissions cheating scandal, says it plans to more than double its number of charging stations throughout the United States and Canada. The expansion will include 1,800 fast-charging stations and 10,000 individual chargers by 2025.

Figuring out how to keep electric vehicles powered up remains a major challenge. Other nations have already traveled down this path of trial and error — a road we're following. Also, the delta variant of the coronavirus is everywhere. Because of that, global leaders are reassessing mask guidance, mandates and vaccine requirements. And, the Philippines is reversing its decision to void a long-term defense pact with the US. It's a big win for the Biden administration, as the pact is seen as important to help keep China at bay.