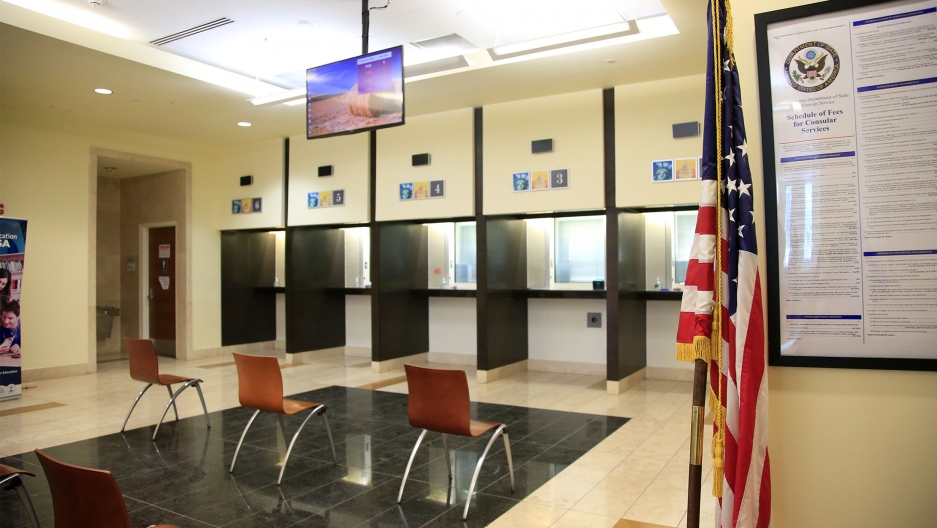 Inside of US visa's center at Embassy of the United States of America is shown in Kabul, Afghanistan, July 30, 2021.

Afghans flown to US
The first flight of about 250 Afghans who helped American troops arrived in the United States. They include interpreters, drivers and others who helped the US military, and their family members. They will stay at a hotel at the Fort Lee Army base in Virginia for about a week for processing, after which they will be permanently resettled in the US. They’re the first of about 2,500 people chosen for resettlement under Operation Allies Refuge as the Taliban gains ground in Afghanistan. The other groups are expected to arrive roughly three days apart. And about 4,000 other Afghans whose applications still need approvals will be sent to third countries, possibly to Qatar, Kuwait, Kazakhstan or Kosovo.

Mexico referendum
Mexico will hold its first national referendum on Sunday to determine if former presidents can be put on trial for corruption while in office. It would prosecute the past five ex-presidents. The Supreme Court approved the referendum in October, which was put forward by current President Andrés Manuel López Obrador, and Congress then backed the proposal. This is the first referendum to be overseen by the country’s electoral agency, INE, and the first official one to be held at a national level.

Electric vehicles
Joe Biden and major carmakers are negotiating a pledge to make electric at least 40% of all cars and SUVs sold in 2030, under the president’s climate goals. The push comes as UN climate talks are just over three months away. Meanwhile, the UK plans to ban the sale of new petrol and diesel cars by 2030, and hybrids by 2035, making cars become electric or use hydrogen fuel cells by 2050.

From The World
After raid and arrest, Russian journalist ‘will just keep doing my job,’ he says 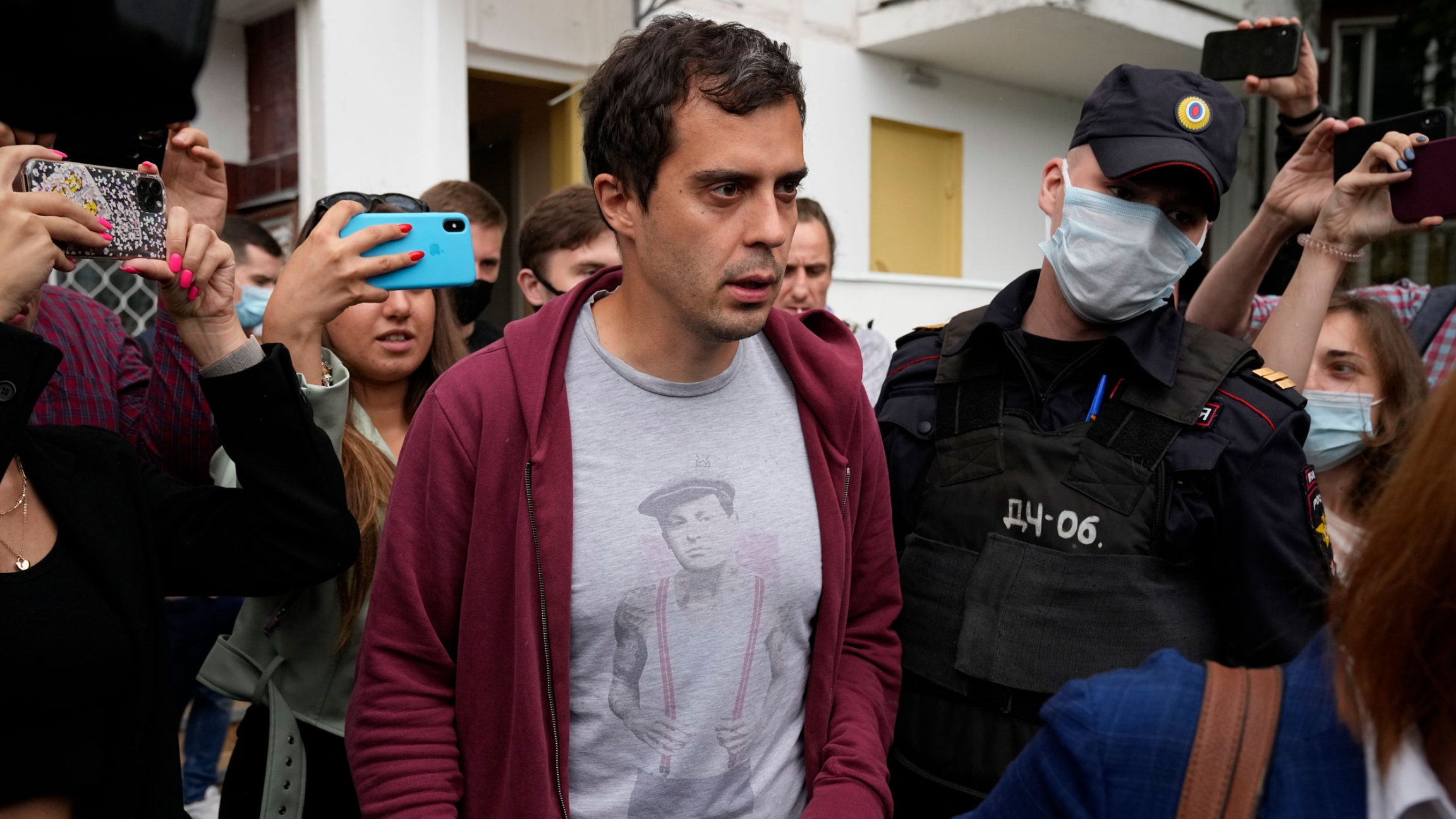 Roman Dobrokhotov, chief editor of The Insider walks surrounded police officers and journalists, in Moscow, July 28, 2021. Police in Russia raided the home of the chief editor of an investigative media outlet that was recently designated as a "foreign agent," the latest step by authorities to raise pressure on independent media ahead of the country's September parliamentary election.

In Russia, the crackdown on journalism continues. On Wednesday, police in Russia raided the home of Roman Dobrokhotov, editor-in-chief of The Insider, an independent, investigative media outlet. Dobrokhotov told The World's host Marco Werman that the real motivation for the police was that they likely wanted "to get access to my computers and telephones and know more about our investigations," Dobrokhotov said.

"And the second reason is they just wanted to put some pressure. Of course, for me, it changed nothing. But for a young journalist, they can really be afraid that something like this can happen to them." 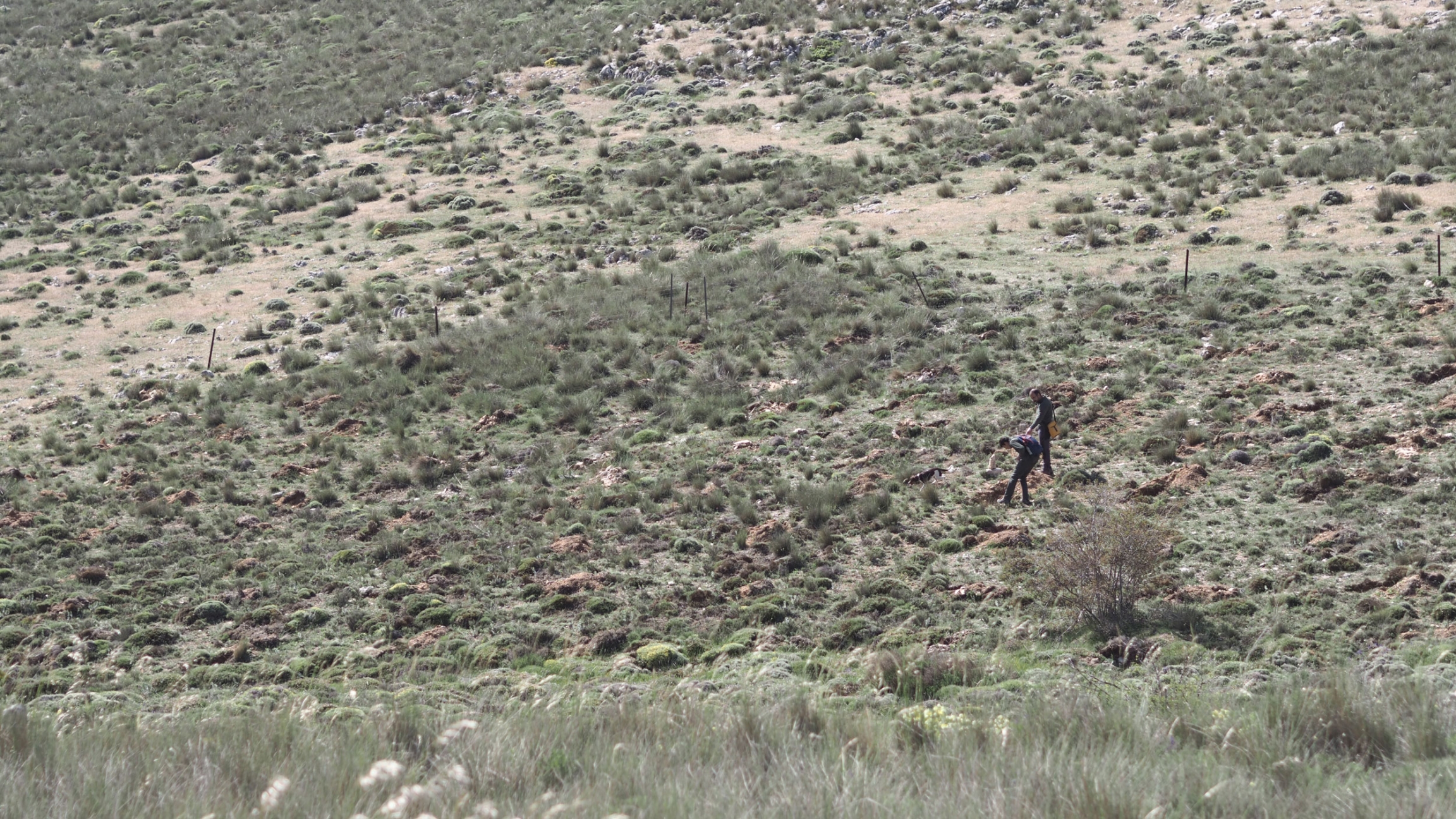 The region of southern Spain is facing desertification.

Climate change affects different regions differently. While Germany has seen record floods, as much as 75% of Spain is in danger of becoming a desert. But, an ambitious green-belt project is working to counter desertification by creating a series of contiguous forests that would run for hundreds of miles across the country's southern region.

UNESCO has announced its newest World Heritage Sites. One of them is the oldest solar observatory in the Americas, found in the deserts of northern Peru. The site is called Chankillo, and it dates back to the year 230 BC. The physical structure functioned as a calendar, using the rising and setting arcs of the sun to define the time of year to within one or two days. And, it is the third site in Peru to be added to the UNESCO World Heritage Sites list in just over a decade. 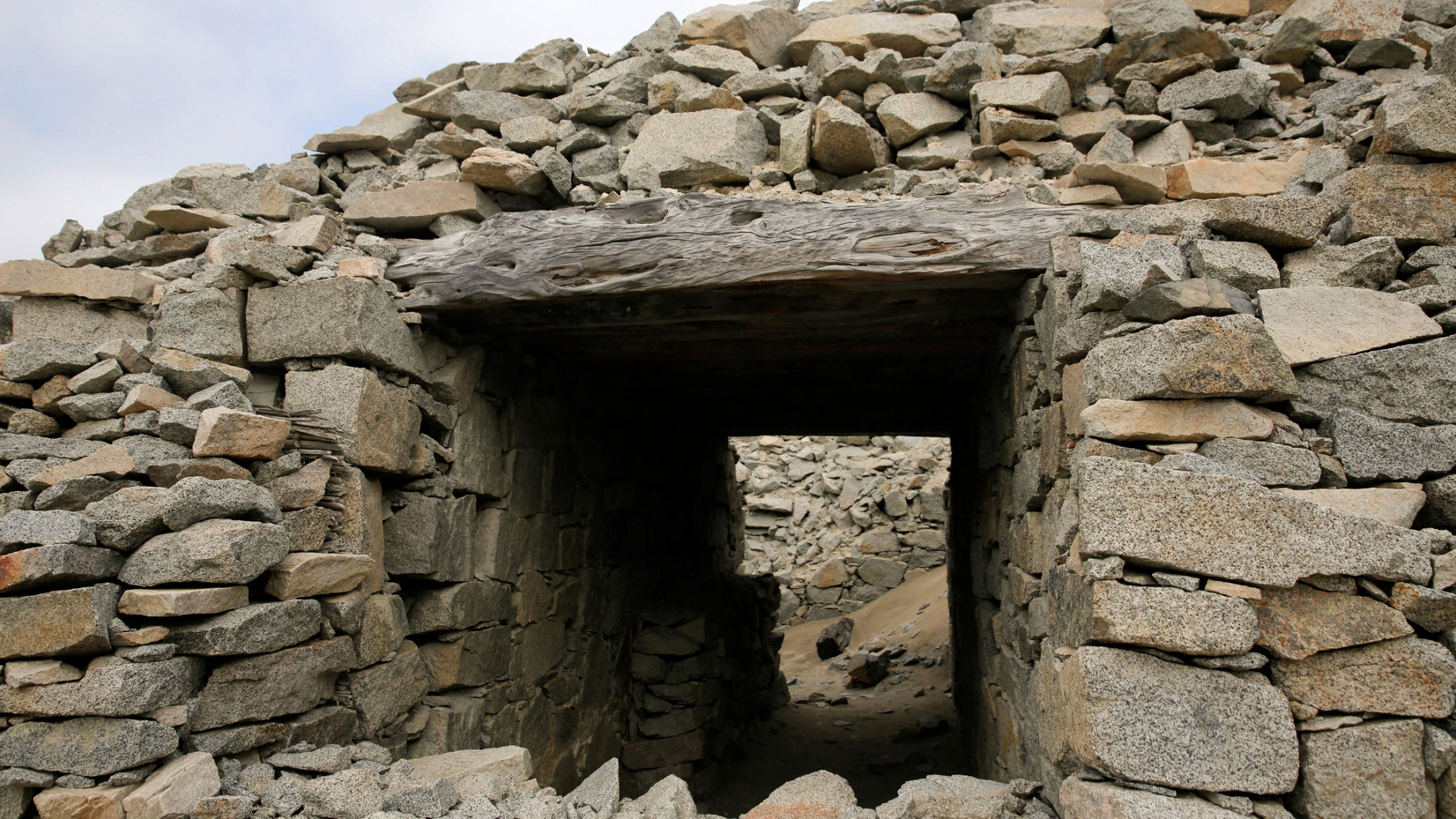 View of the Chankillo solar observatory near Casma, Peru, July 22, 2021.

Listen: US mask policy falls in line with global recommendations 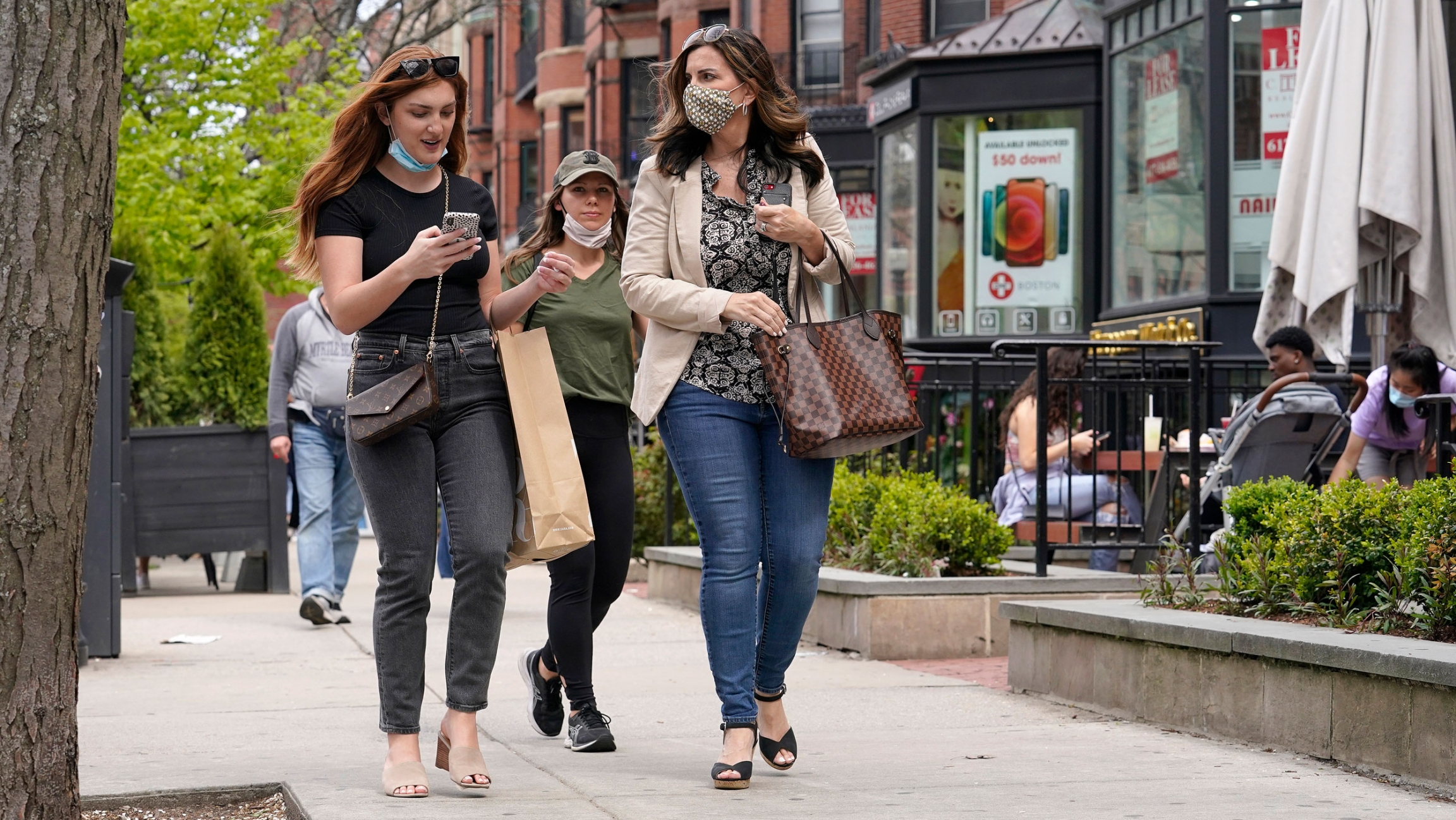 At this point during the pandemic, should people wear masks in public? After saying no in May, the US Centers for Disease Control and Prevention changed its stance and the reversal actually falls in line with much of the rest of the world. Also, since the 2019 revolution in Sudan, laws that restricted women’s dress and behavior have been abolished. But for many women, those political changes are not enough. And we hear from Roman Dobrokhotov, the editor-in-chief of Russian news publication The Insider, who was arrested Wednesday as part of the Kremlin’s crackdowns on individual journalists.