In a matter of weeks, Animesh Namjoshi, 24, plans to graduate with a degree in economics from the University of Texas at Austin.

For most students, it's an exciting time. But for Namjoshi — and thousands of others — it could mean being forced to leave the country.

“Graduation means that my time is running out, ironically, so it's definitely not a happy thing."

“Graduation means that my time is running out, ironically, so it's definitely not a happy thing,” said Namjoshi, whose student visa will expire after he graduates.

He’s one of thousands who came to the US legally as children and have aged out of their parent’s work visa protections, and now, may be forced to self-deport.

The issue springs from the growing green card backlog for Indian families who come here on work visas. Hundreds of thousands of kids of highly skilled workers could age out of visa protections in the coming years.

His father, Jayant Namjoshi, came to the US as an instrumentation engineer in the oil and gas industry. After receiving his work visa, Jayant Namjoshi applied for a green card, which would give the entire family a path to citizenship.

But he said the green card wait for his family is decades long.

Green cards are distributed by birth country, and the number any country can receive is capped, even if there is an overwhelming number of visa applications from that country. For less-populous countries with relatively few people applying for green cards in the US, wait times are short. But for people from India and China, wait times for green cards can last decades.

During the long wait for his family’s green cards, Animesh Namjoshi turned 21 and aged out of his dad's work visa protections and green card eligibility. He had to find his own visa to stay in the US — he’s currently on a student visa, but graduating means those protections will also end.

He could find an employment-based visa, but those visas are very difficult to get, especially fresh out of college — and he would once again face the same green card backlog his parents are in.

Related: Liberians hesitate to apply for permanent resident status in the US 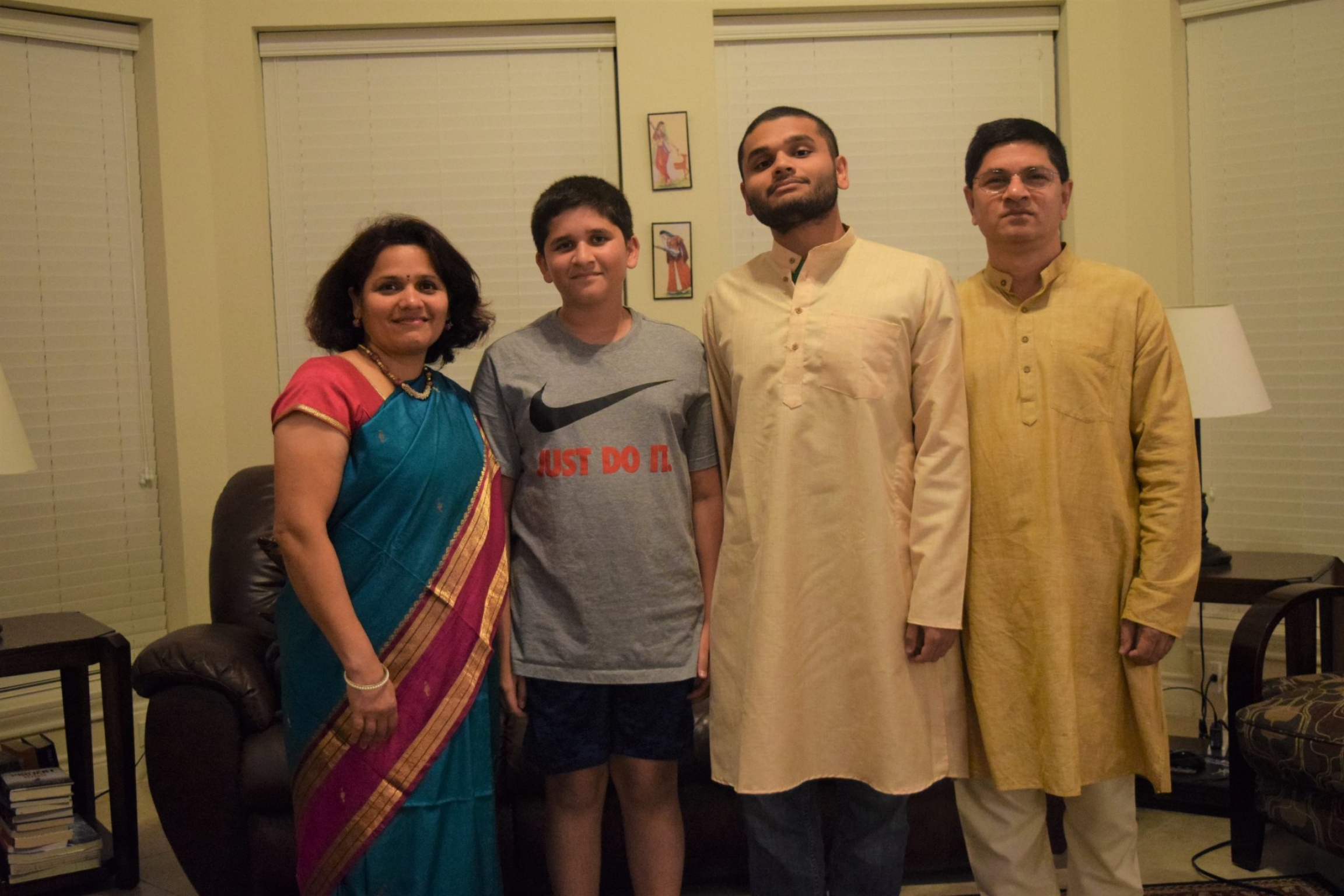 His other option is graduate school, to stay on another student visa. If he doesn’t find a visa, he'll have to leave the US and be separated from his parents.

“The US is the country that I’ve known the longest, and yet, I’m in danger of having to leave."

“The US is the country that I’ve known the longest, and yet, I’m in danger of having to leave,” Namjoshi said.

The advocacy group Improve the Dream estimates more than 200,000 children of legally present immigrant workers are at risk of aging out of green card eligibility, like Namjoshi.

Improve the Dream founder Dip Patel, who himself aged out of his parent’s visa protections, is pushing legislation that will offer this group a path to citizenship.

“There's been some good successes and the biggest one was earlier this year when some documented people were included in the House version of the Dream and Promise Act,” Patel said.

That legislation would also create a permanent fix for undocumented people who were brought to the United States as children, but don’t have immigration status. Patel sees solidarity between the two groups.

He said he’s hopeful about the Dreamer bill and the newly introduced bipartisan bill America’s Children Act, which would create a permanent solution by creating a path to citizenship.

The bill faces Republican opposition, though Patel said there’s a chance protections could also come while passing the 2022 budget. He’s hopeful that this will create protections for people like him.

“The next six to 12 months are probably the most hopeful that I think I've been, because it seems like there are multiple avenues that are possible,” he said.

A class-action lawsuit filed by an Oregon-based attorney is also challenging visa protocols. The lawsuit, first filed in 2019, claims the process is discriminatory against Indians who age out of the backlog.

But both the legislation and the legal challenge are in early stages, leaving documented students — like Animesh Namjoshi — in limbo.

For now, Namjoshi said he’s hoping to go to graduate school to buy himself a little more time. He added that if this issue isn't solved within the next decade his younger brother will face a similar fate.

“We hear a lot of news about family separation at the border,” Namjoshi said. “It also happens to us.”

This story originally appeared on Houston Public Media and was lightly edited and condensed for clarity.